Seemed like a good day to go for a yak. The wind wasn’t predicted to be too bad so off I went.

When I arrived in Jenner the wind wasn’t bad and the sun was out. I put the boat in the water and headed across the river to Penny Island and decided to head down river towards the ocean.

I stopped here by the island for a bit while I was deciding. Looks like a deer up ahead on the island. 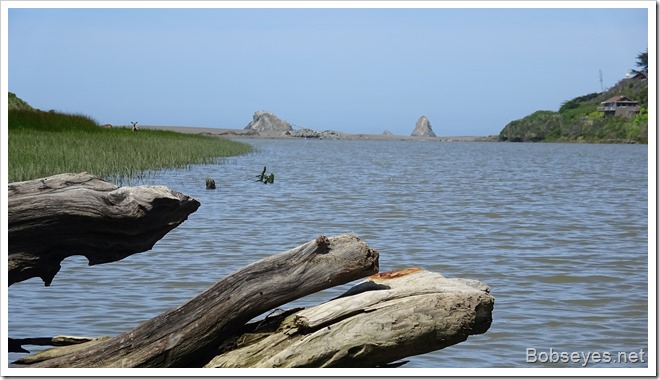 Turned out to be two deer feeding in the grasses on Penny Island. 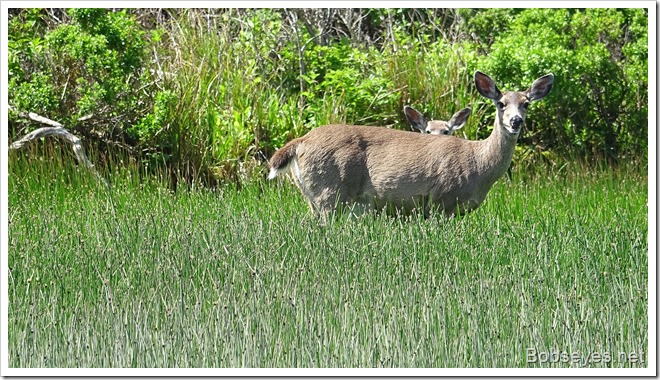 I paddled down along the edge of the island and pushed off it’s lower end and crossed the river headed down to the  mouth area, up ahead. 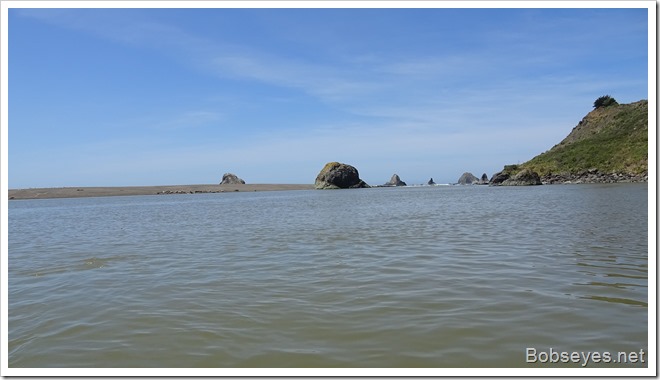 I worked my way along the shoreline and into the mouth and pulled in to the right, next to that harbor seal, who was napping. 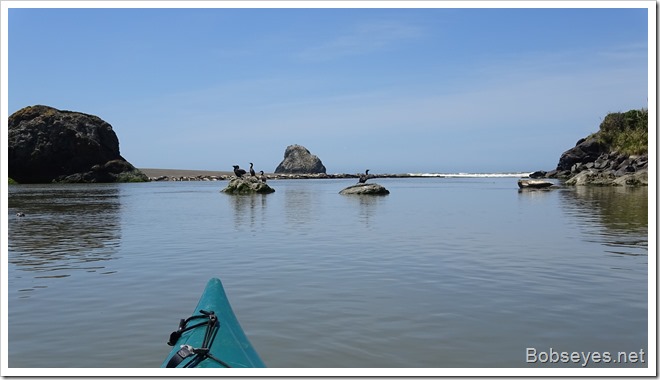 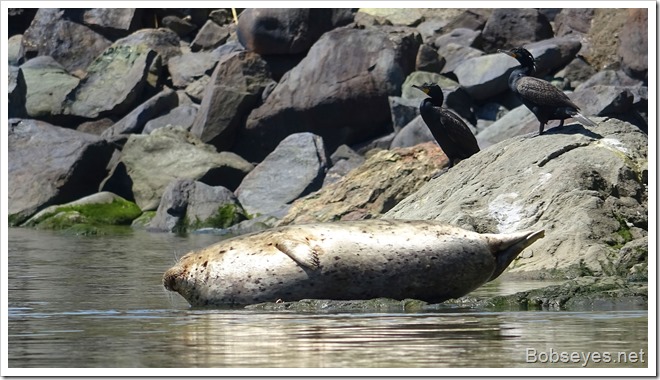 There were some nice waves rolling in off the ocean as I looked out the river’s mouth. 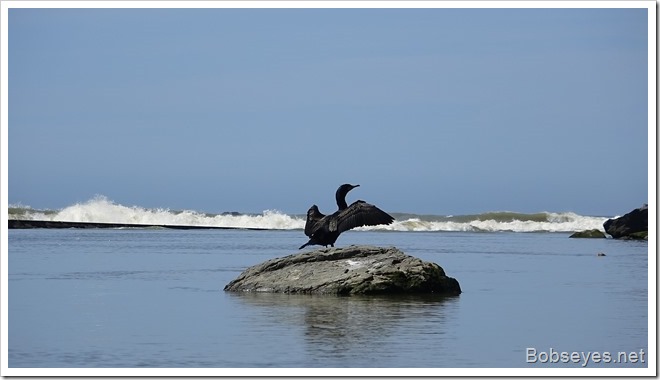 And a bunch of harbor seals were resting on the sandy beach across from me. 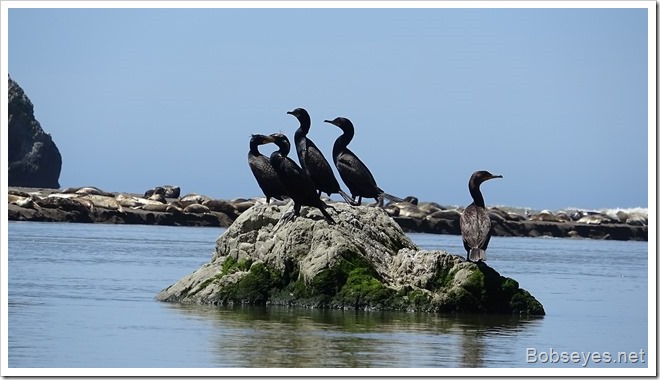 I was sitting there in my boat when I heard a splash and looked up to see this seal pup pop up by that napping seal in front of me which must be it’s mom. 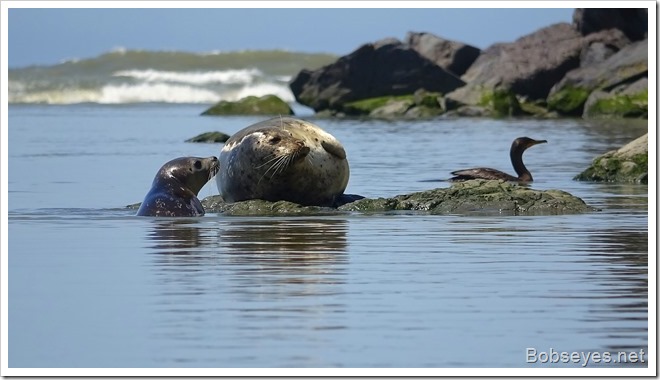 I hung around the mouth area for about a half hour then started back up the river taking the Island’s back channel.

This osprey was screeching as I went by the lower end of Penny Island. 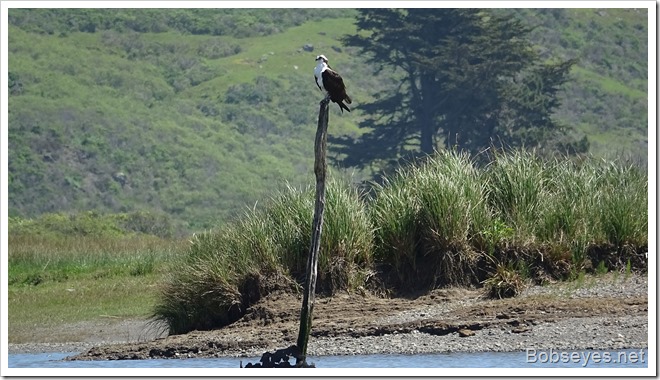 And these terns were on the gravel resting on the island. 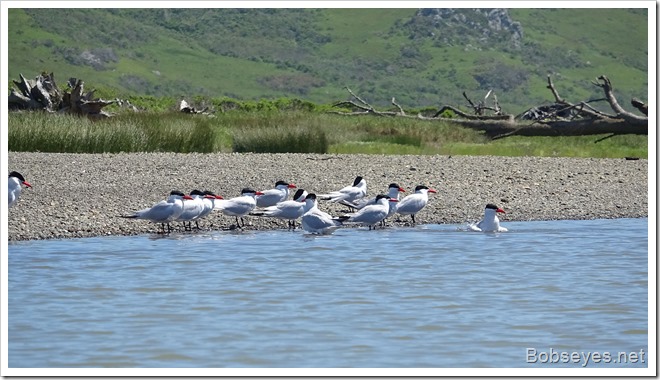 I only went a mile

I slowly made it up river about a mile and pulled in here to the right for a spell and watched things and enjoyed the day. 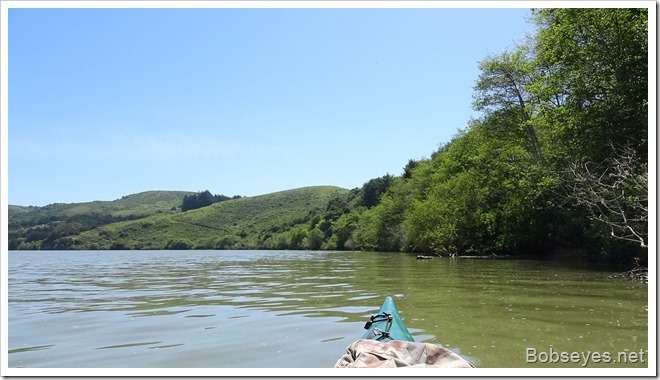 After awhile I started heading back down the river on in towards the boat ramp.

I paddled along here headed in when I saw a seagull on the gravel to the left. 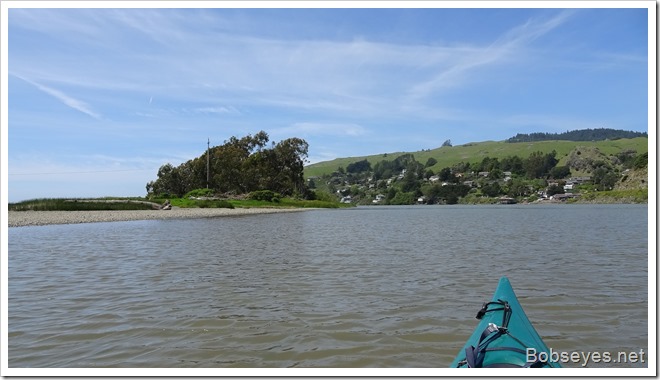 The seagull appeared to be eating something. It sorta looks like fish fins but I really couldn’t make out what it was exactly. 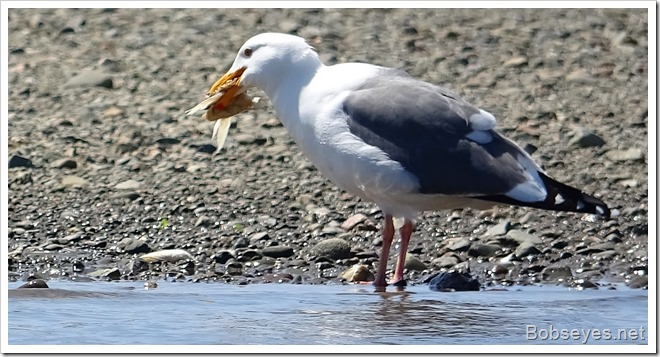 I paddled on over to the boat ramp and put the boat on the car and went on home for the day.

Thinking about how to water the garden

After a nap, I went outside to putter around and think about how I was going to water the garden in the new garden enclosure. Of course this consisted of sitting around in the yard and thinking about it enjoying the day.

After awhile I had an idea so preceded to hunt up the stuff to get it hooked up. Once I found what I needed and hooked it up to give it a try and I think it will work at least to get started.