John and his brother Ray and I were going to a shuttle down from Steelhead Beach to Guerneville today. I drove down to Ray’s house where we loaded our boats and gear into Ray’s truck. We dropped John’s truck off were we would get out and Ray drove his truck up to Steelhead Beach where we put in our boats. Ray’s wife drove his truck back home. I think we put in just after eleven.

Here we are just after putting our boats in the water headed down stream slowly drifting along. Ray’s in the lead in yellow and John is following. 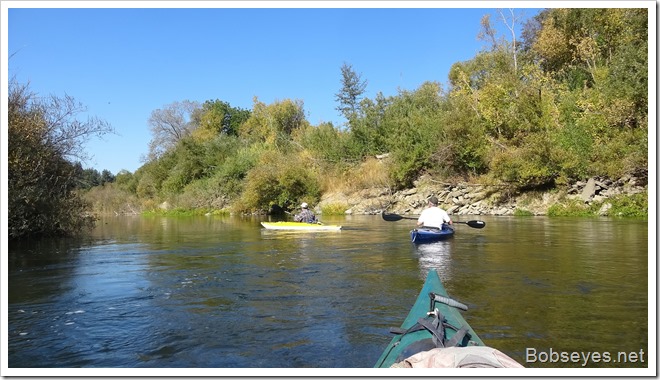 John’s been fishing and doing river stuff most of his life so he’s very comfortable on the river as you can see. Real nice fall day. 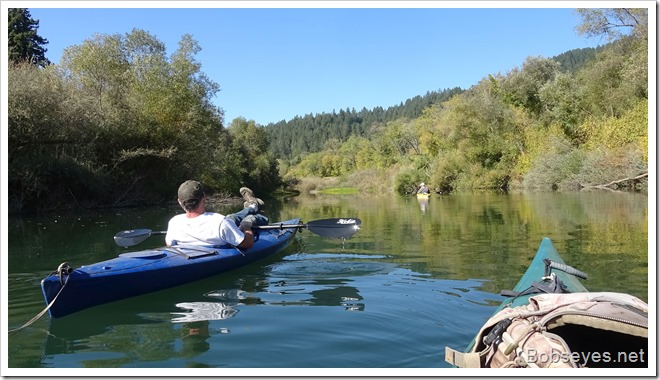 Just drifting along past that big redwood stump. 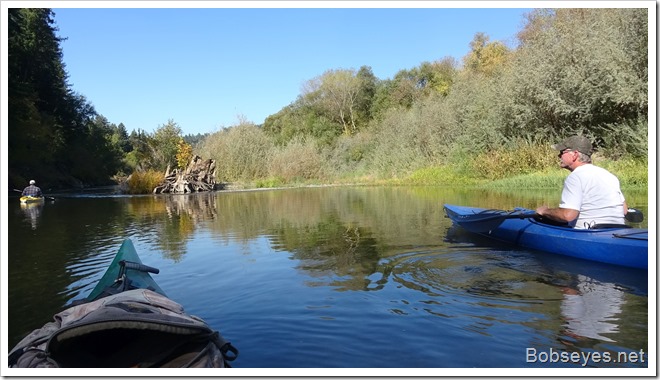 Being on the river all the time John is a habitual scrounger and checks out anything that catches his eye. You just never know what little goodie you might find. In this picture he spotted an orange float. As he was retrieving it, it was hooked to more fishing line and there were a bunch of other fishing goodies attached to the line. It’ sorta like a treasure hunt. I do my share. :O) 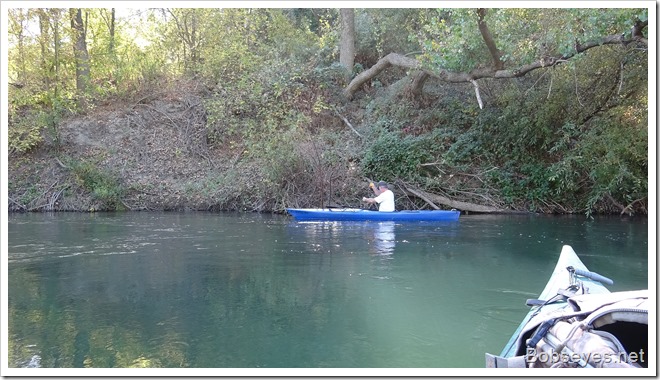 This was originally a train bridge before there was a road for cars.  Now no train but lots of cars. 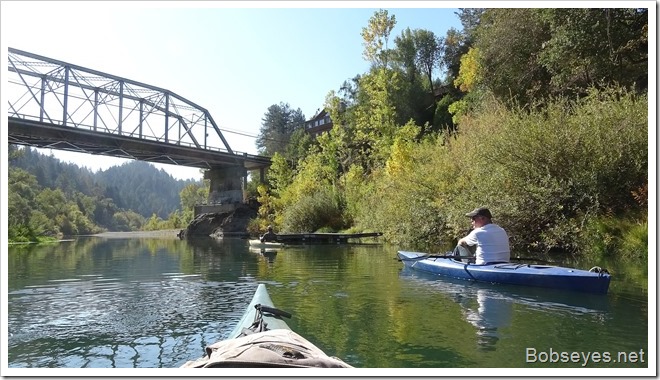 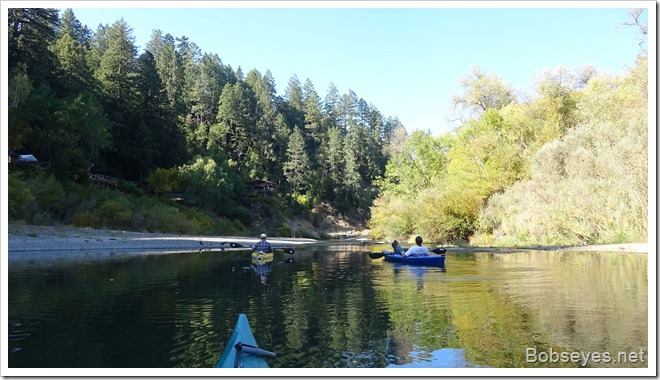 And going by the Odd Follows area. 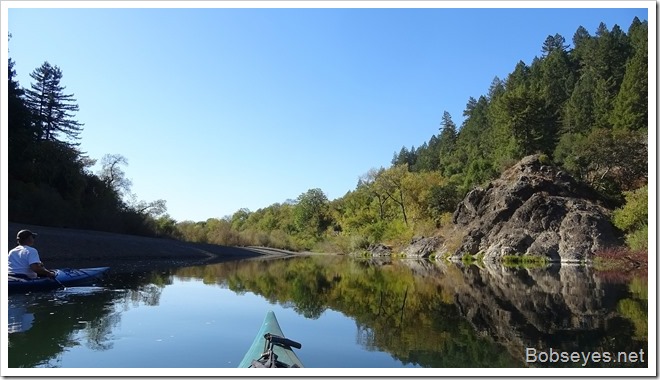 We saw a few birds including this great blue heron getting some sun. 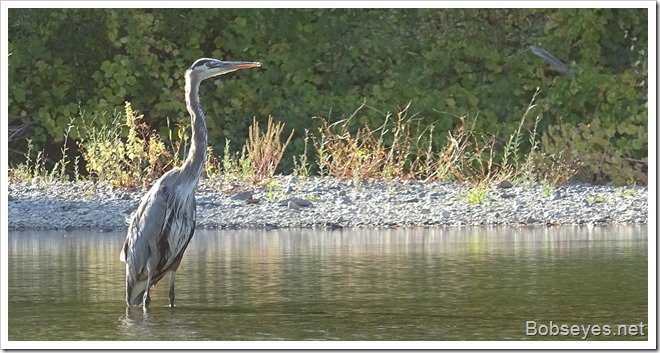 As we were nearing the Guerneville area the sun was getting low in the sky. 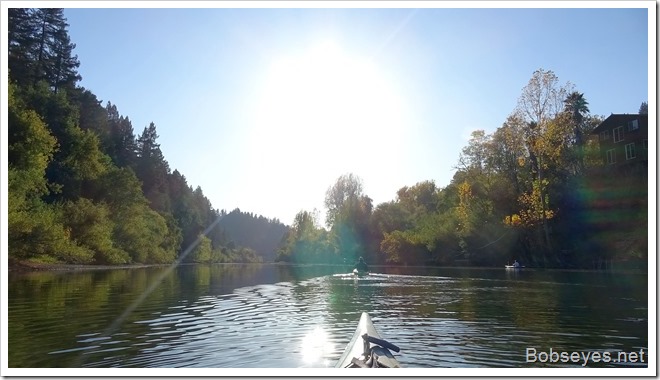 We saw some turtles getting some sun. Here’s a couple of them. 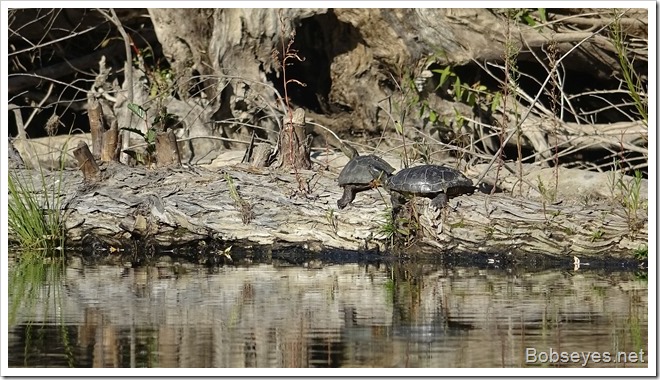 And these mallard ducks tried to hit us up for some goodies. 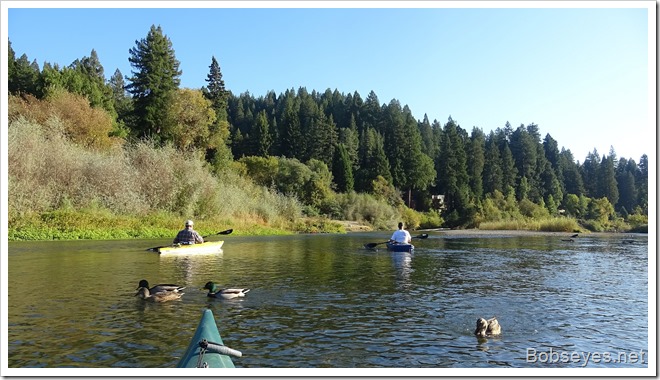 The town of Guerneville is just up ahead where we are headed. 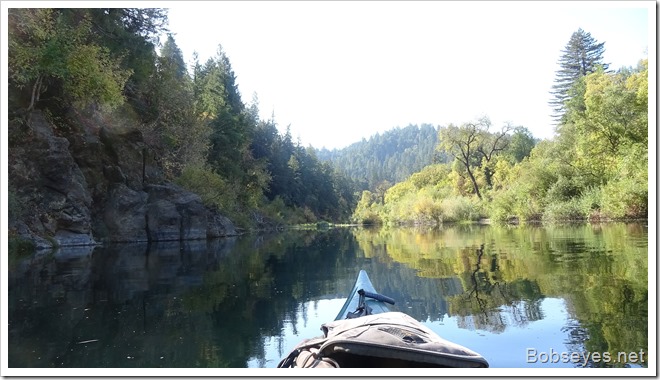 This is the spot we are going to take our boats out at the Guerneville Beach by the summer dam where the truck is waiting on the other side of the locked gate. 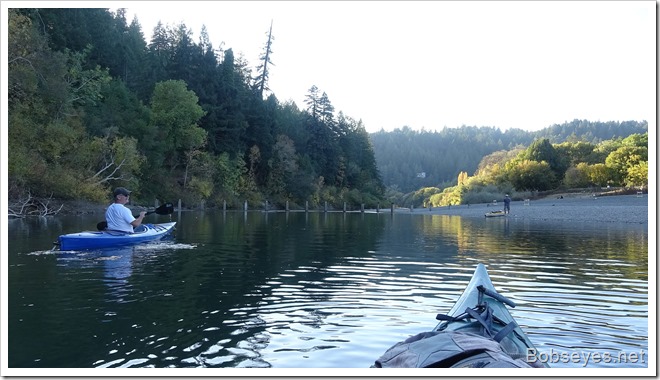 While John and Ray carried their boat up the hill on the beach and got the truck I waited here below the old Guerneville Bridge looking back up the river where we came from. 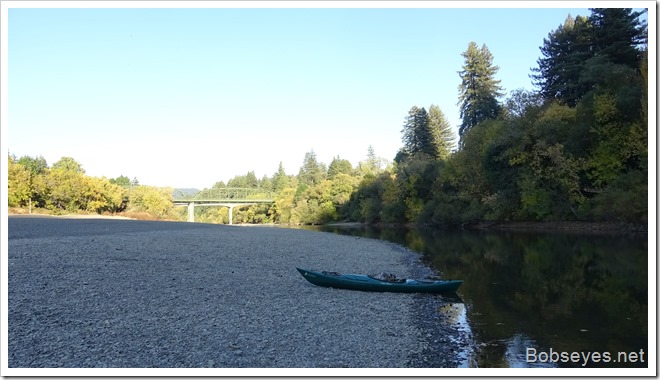 That was a nice thing to do on a sunny fall day. Almost no one else on the river this time of year, great.