The sun was out nice today so I thought I better get a day of kayaking in at Jenner while I can before some rain showers come this week.

I got down there and was in the water around 1:30. Not too many people down here later in the day like this which is ok with me.

I paddled across the river to the Island to this spot where I stop to decided which way to go each day. Today the river’s mouth is closed so the water is high like a lake. I checked the water level gauge at the visitors center by the boat ramp and it was almost seven feet which meant about half of the island was flooded so it’d be a good day to paddle onto the flooded Island. 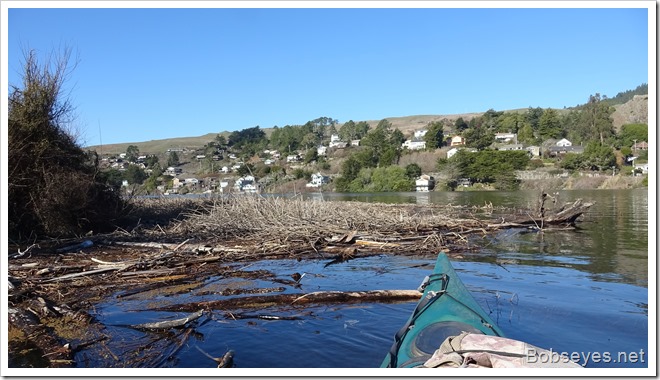 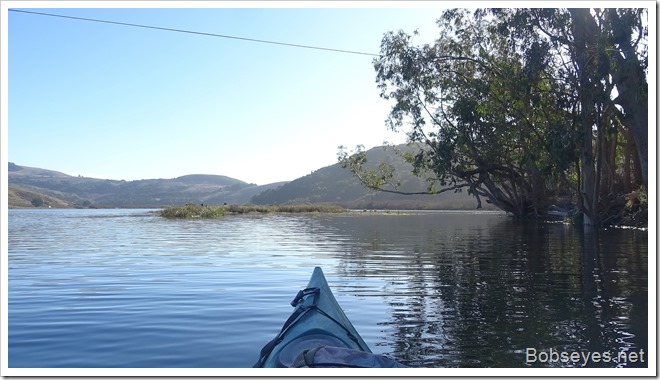 I stopped here by this log for a bit before starting down the island’s back channel. 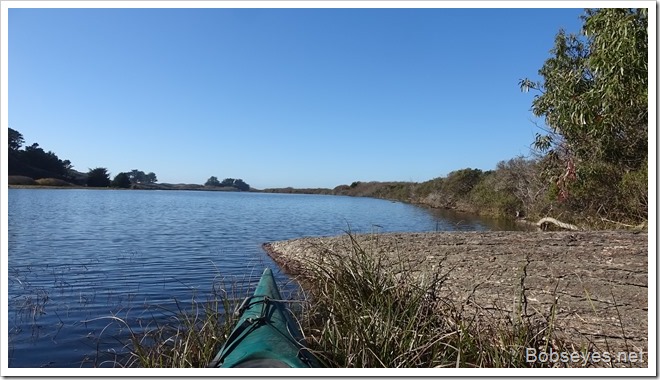 About half way down the back channel I stopped in this spot to see what was going on around me. I could hear some sea lions barking not too far away. 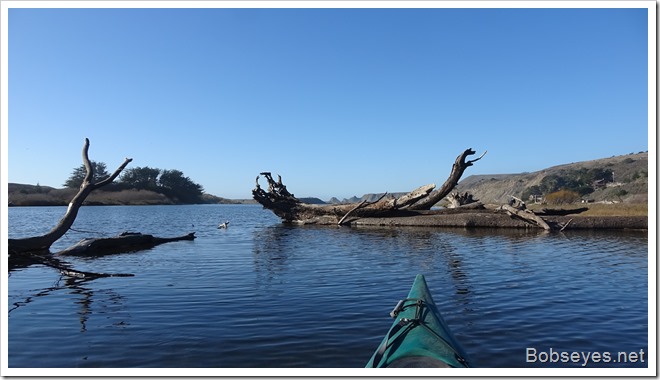 I moved up and stopped by this big redwood stump to have a look around as the sea lions barking was getting closer. They have a real load bark, ear piercing. 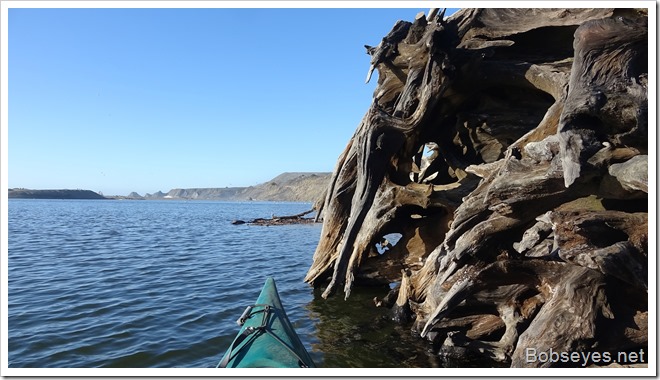 Sea lions on the hunt

The sea lions were just across from me below the people there barking away. They appeared to be on the hunt. Sea lions mostly only come into the estuary to hunt when the big spawning fish come into the river to head up it to spawn. 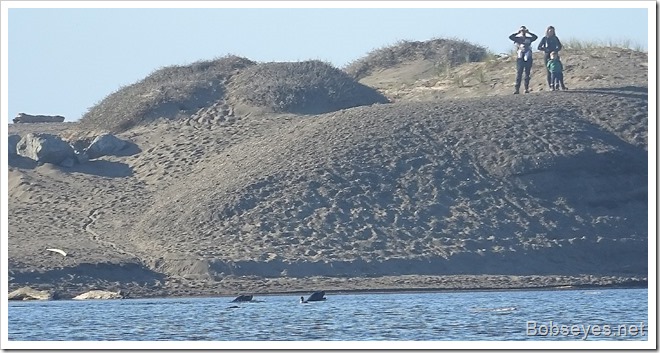 The three sea lions moved up closer to me still barking away. 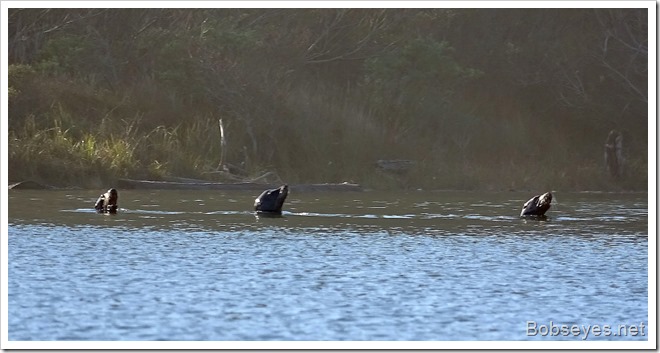 Suddenly there was a lot of splashing and they moved off to somewhere else. I get a bit concerned with the sea lions around me as they are real big and tend to move around real fast always hunting and they could accidentally get too close and cause me some problems without really trying. 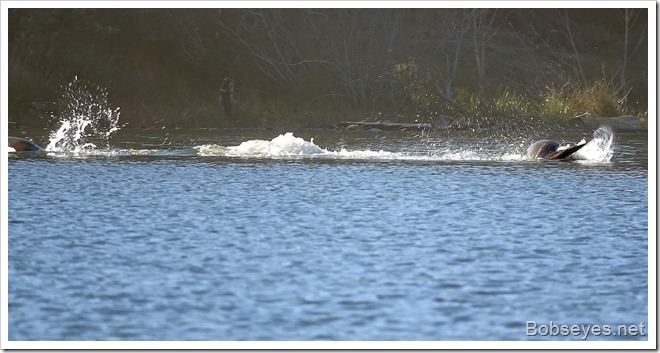 I rounded the bottom end of the island and looked down towards where the mouth was. I could see lots of gulls down there and something caused them all to jump into the air. 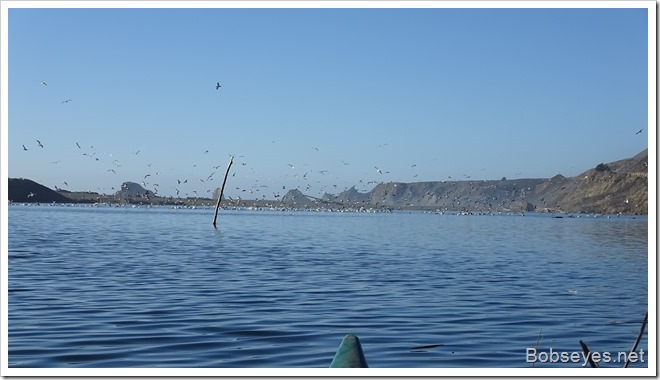 Paddling onto the island

But before I went down to the mouth area I wanted to paddle onto the flooded Island first. Not too  many people realize one can paddle onto the island and you have to know where the path is to do it and the water level has to be high enough.

The path is here but it doesn’t look like it until you start in. 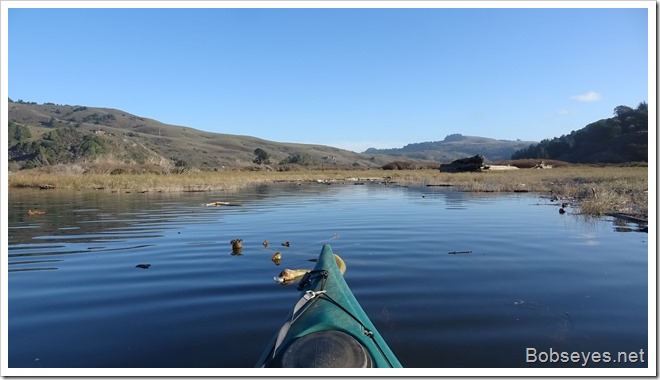 This is what it looks like once inside the island, like a little lagoon, nice and peaceful. 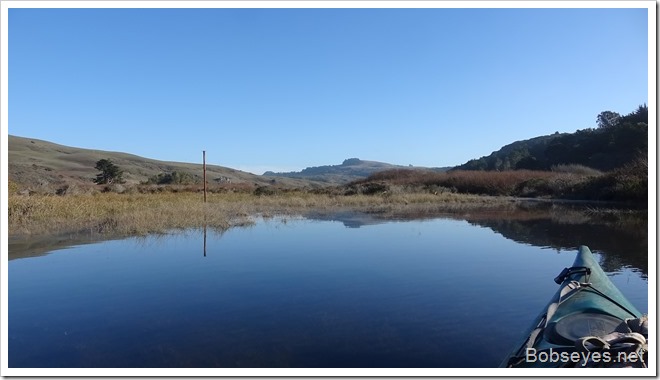 On the way out I stopped by this big redwood log or maybe it’s a huge bone off some big old thing of the past. Leg bone. 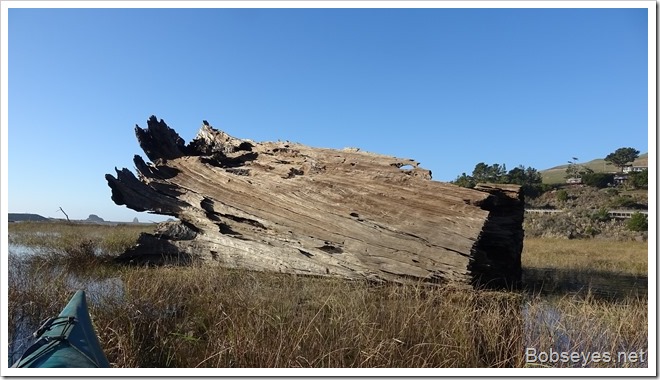 I headed down to where the river’s mouth is usually going into the ocean right in front of me here. But high winds and big waves sometimes pile the sand up and it closes the river to the ocean. The ocean is just on the other side of the sand in front of me. It’s rough and making a  lot of noise as the waves pound the beach. 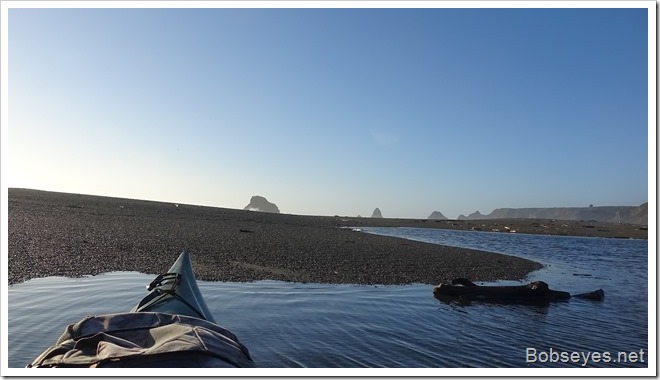 There were some harbor seals napping on the beach. 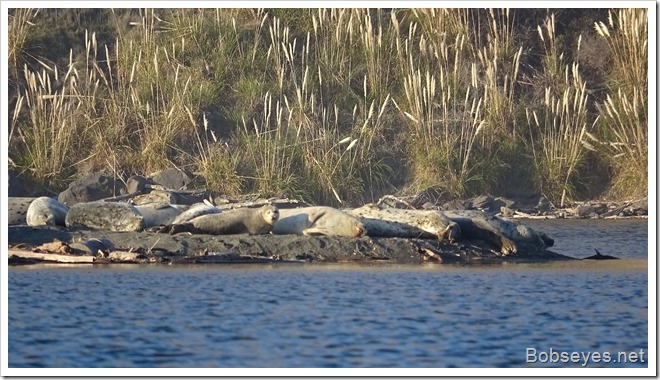 I hung around the mouth area for a bit then headed back to the boat ramp. 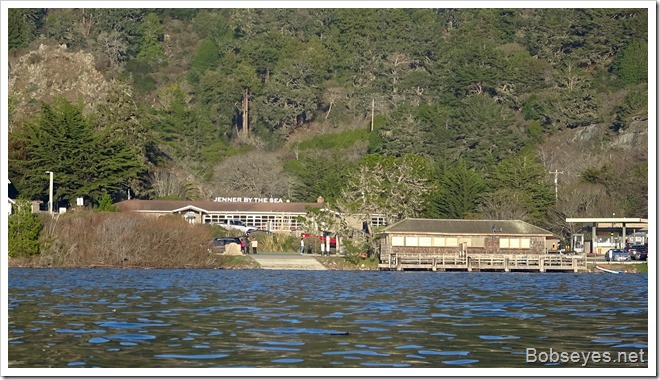 It was good to get a paddle in and the day was sunny which is always nice anytime you are at the ocean.

2 Responses to Sunny Day Paddle at Jenner and Sea Lions