Stop Those Eggs From Turning and Testing the Van.

Today I needed to stop the incubator eggs from turning as it’s been 18 days. Chickens know that the eggs need to stop being turned on the 18th day. This is to allow any new chicks inside the eggs to get orientated for getting out of the eggs. Apparently they get turned a certain way to get out of the egg and if the eggs keep getting turned it messes them up.

So after I got it going and checked on the chickens I entered the feed shed where I have the incubator set up. 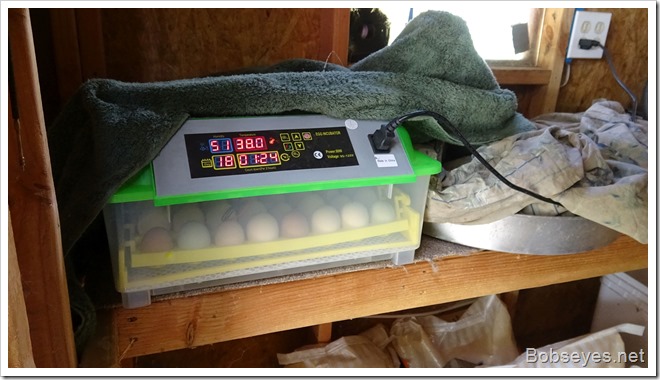 I moved the blankets off the box which helps keep it warm and removed the incubator lid. 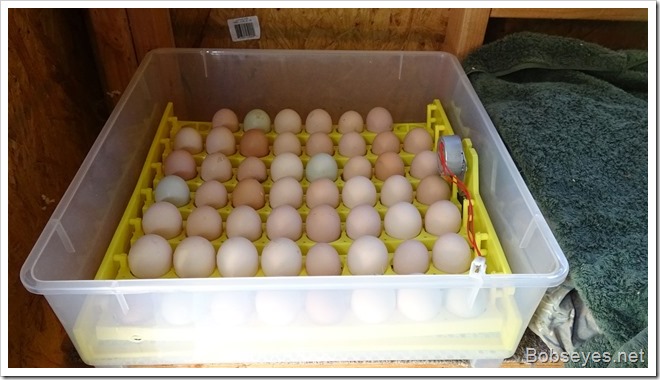 I then moved all the eggs onto this safe place as I didn’t want to crack any of them and I needed to remove the auto egg turner which is the yellow thing there. 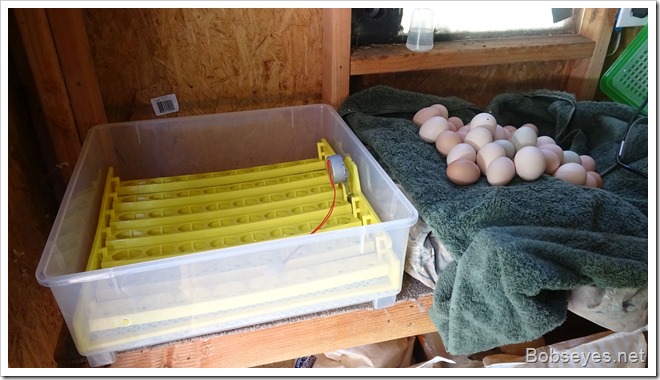 Then all the eggs got put back in the incubator to hopefully hatch out in about 3 days if all goes well. 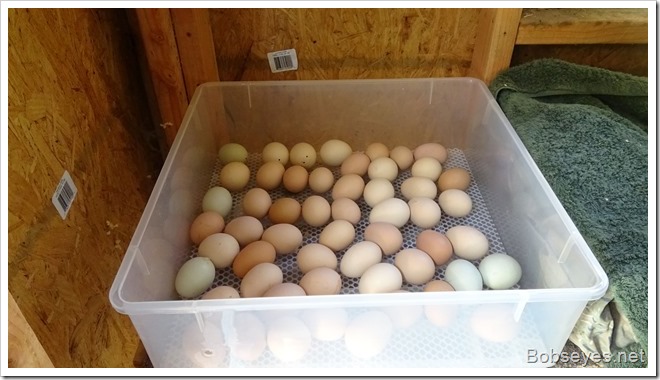 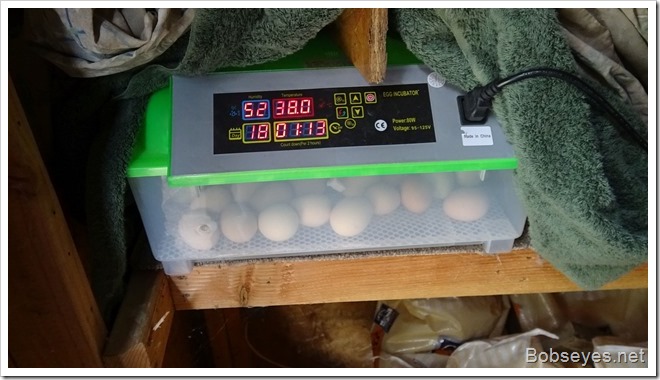 it was showering on and off mostly in the morning but let up a lot in the afternoon.

So once the showers slowed down I cleared all the stuff around the van up and drove it out into the driveway to test the radiator and hoses for leaks. Once it warmed up a puddle formed under the van so I shut things down to find out where it was leaking. 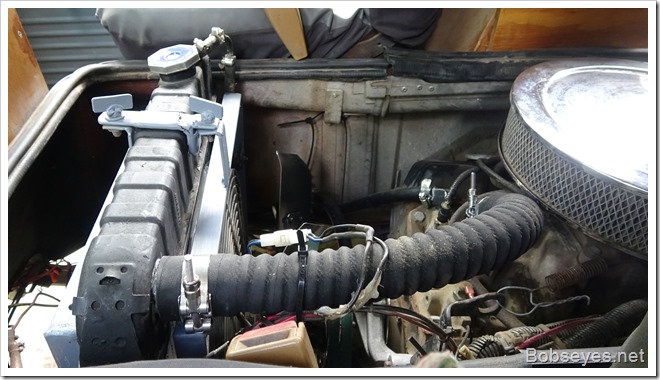 It turned out the fluid was coming out of the radiator cap overflow. Checking things out I determined I had put a recovery type cap on by mistake. I searched around in my stuff for a non recovery type cap and put it on and that stopped that. 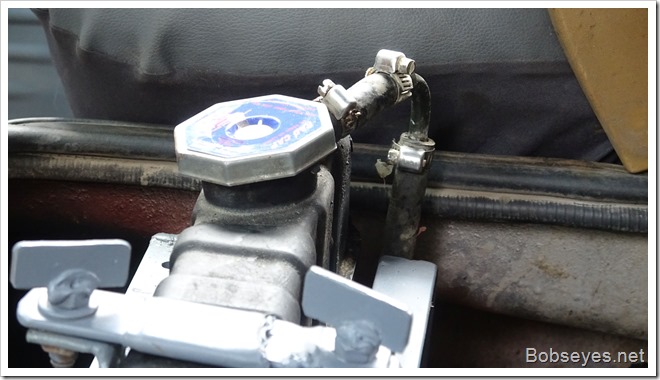 Around 4 I drove the van down to town to test it out some more. No  more leaks from the cooling system but my instrument panel volt gauge was acting up shutting off and coming back on. The engine had a good miss when that happened.

As long as I was in town I drove over to visit John S. for a bull session.

He was home so we sat out under his neat front porch and chatted away making some fishing plans for next week.

Once home I looked at the crazy voltage gauge problem and realized it didn’t like being hooked directly to the alternator so changed it back to the way it was before I changed it to read he alternator voltage.

That cured that problem but it doesn’t show me what the alternator is putting out. I think I need to hook the voltage gauge directly to the battery to get it to work the way I want. Changing it did stop the bad engine miss so for now I’ll leave it that way.

Earlier in the day I noticed I had 3 red raspberries getting ripe, the first ones of the season.

Late in the day I went to eat those 3 berries but there was only one of them left. Birds like them too.Well one was better than none and I will soon have a bunch of them. 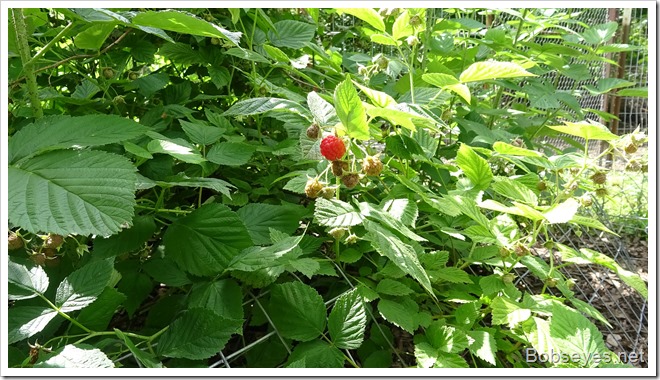 Other than doing that stuff and some chair hopping it was a fairly easy day.

2 Responses to Stop Those Eggs From Turning and Testing the Van.