Steelhead Fishing At Monte Rio On the Russian River

The sun was shinning nicely at my house this morning so after doing my chores and getting it going for the day I got my stuff and drove on down to Monte Rio to paddle and see how the steelhead fishermen were doing since I saw a lot of fish coming into the river yesterday down at the river’s mouth.

As I was unloading  my boat at the Monte Rio boat ramp these steelhead fishermen landed and a guy said, hey Bob. They had just come down the river from Guerneville about 4 miles up the river. The guy that said hey Bob said my blog was better for fishermen when I was on the river more and he wasn’t interested in chickens. :O) 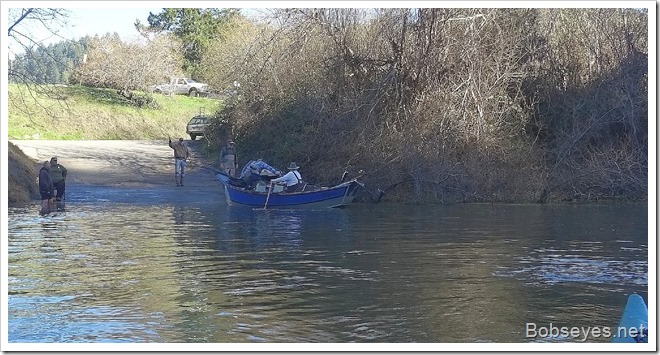 They hadn’t caught any fish today, such is steelhead fishing.

I was headed down the river a short ways. 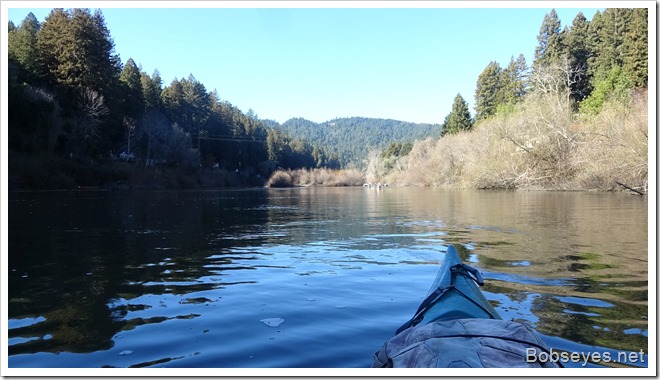 I had to paddle by these guys fishing in what is called the Slot for steelhead. 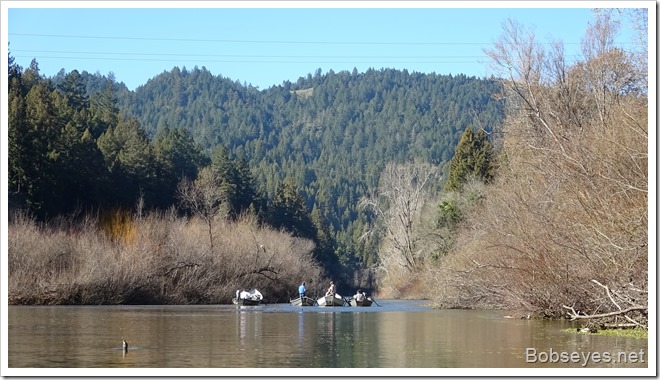 So I pulled in by them and shot the bull a bit. They hadn’t caught anything either so maybe all those fish I saw come in yesterday went by here in the night, who knows. 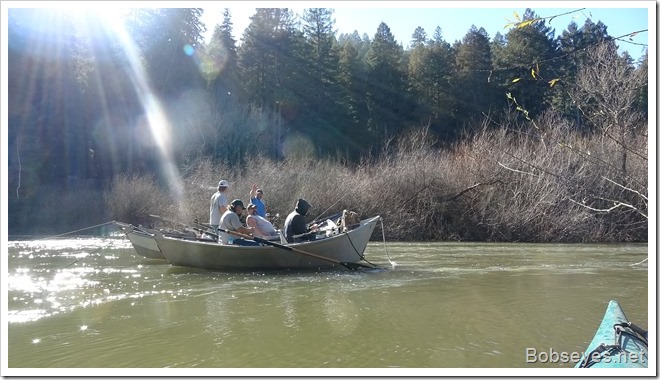 So I continued on down the river going by this pair of mallard ducks feeding. The male wasn’t feeding but watching over the female feeding which usually means she has a nest of eggs she is sitting on someplace. 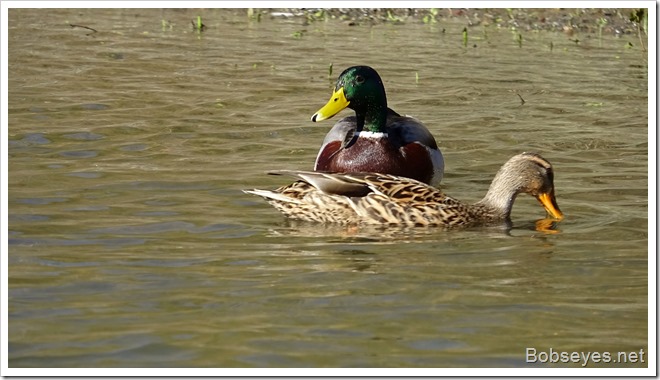 I’m headed for the Villa Grande Hole just up ahead. 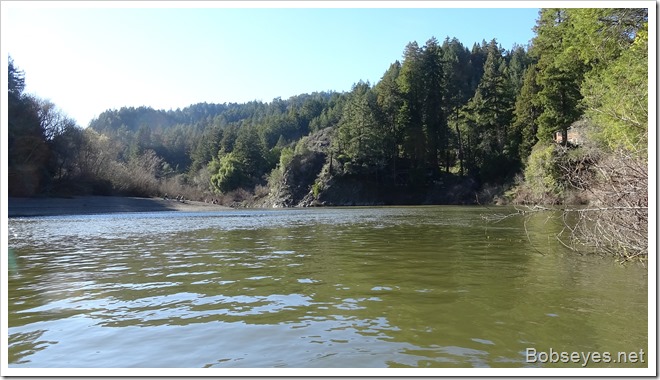 Just as I approached the hole I heard a siren and a pickup go by which was really getting it on sounding like a rip roaring roadster. That’s the first time I’ve ever heard the local rescue guy Steve Baxter go that fast so it must have been someone needed some real help quickly. He was headed down towards the ocean.

About ten minutes later this chopper went by headed in the same direction. 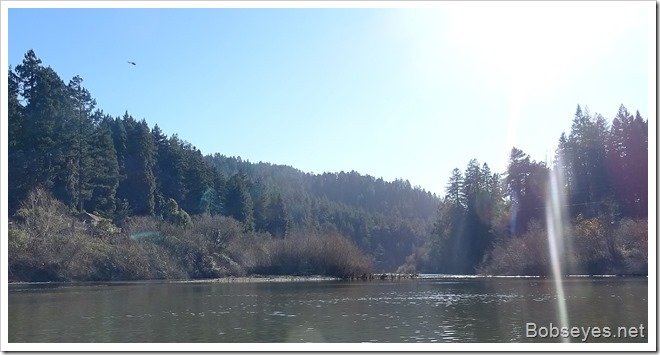 I pulled into this spot just on the bottom side of Villa Grande and sat and watched for a bit and napping a bit too. 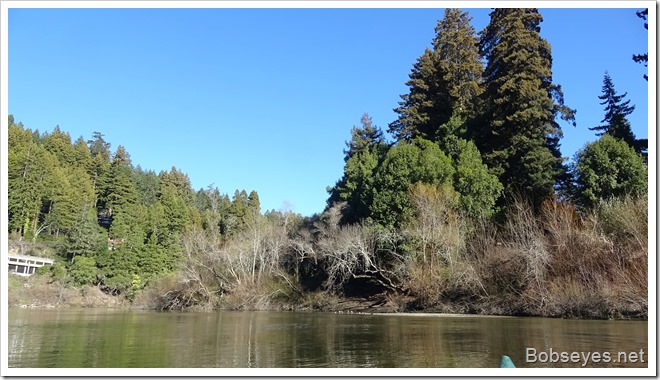 The people in the canoe where fishing but not catching anything. 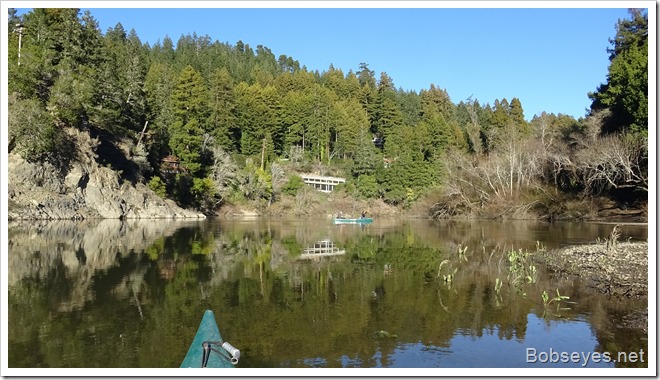 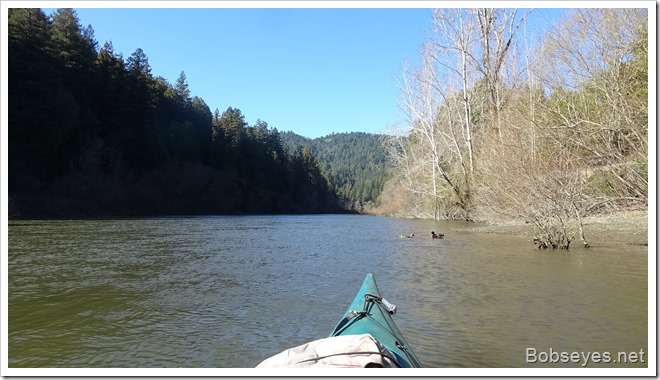 As I was paddling along I noticed this group of mallard ducks keeping up with me as I went. They stayed with me for a bit then veered off. 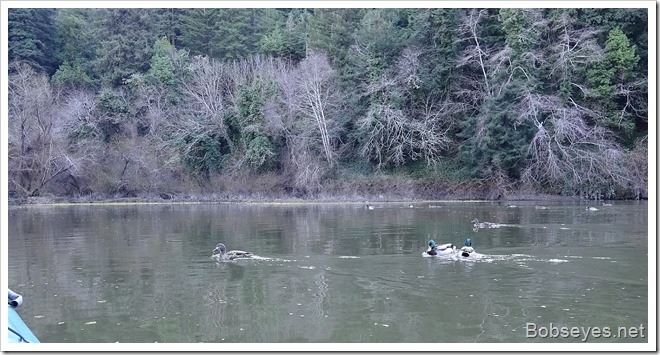 I saw this bird in a tree across the river from me and it looked like a king fisher. I approached and didn’t expect to get a picture as they always fly off just before you can get a picture of them but today it stayed long enough to get several pictures before taking off. 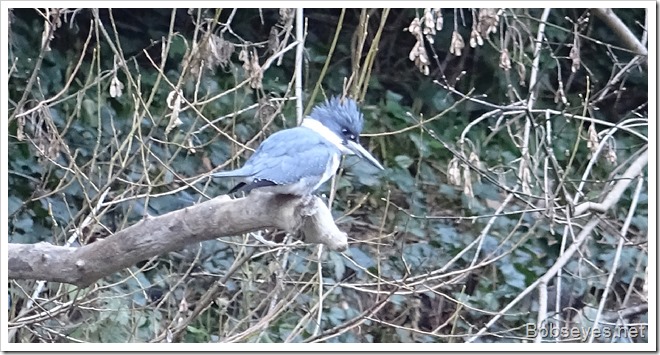 No fish were caught 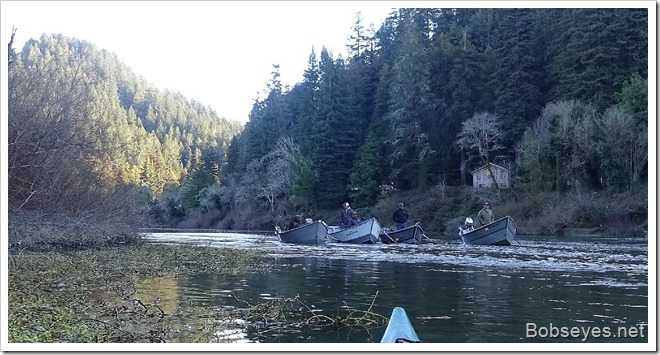 So I made it to the boat ramp and loaded my boat and drove on home for the day.

Once home I didn’t do much as it was late in the day but I did notice some daffodils had bloomed so as far as I’m concerned in this area Spring has popped or at least starting to. 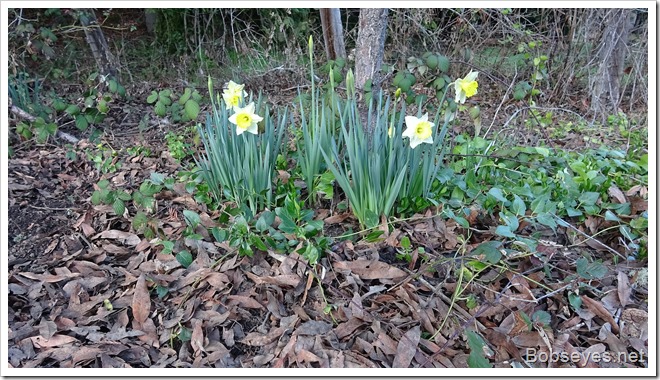 (Visited 413 times, 1 visits today)
This entry was posted in Uncategorized and tagged Steelhead fishing below Monte Rio. Bookmark the permalink.