Staying Home to Do Some Spring Work, Pruning and Cutting Up Trees

I need to get some stuff done before spring arrives, so I stayed home for a change and did some much needed pruning on mostly some old apple trees in my orchard.

These trees have been neglected by me for several years and needed some attention. To  make a tree healthy, they need to be pruned to make them grow, which causes them to heal up bad stuff on them. 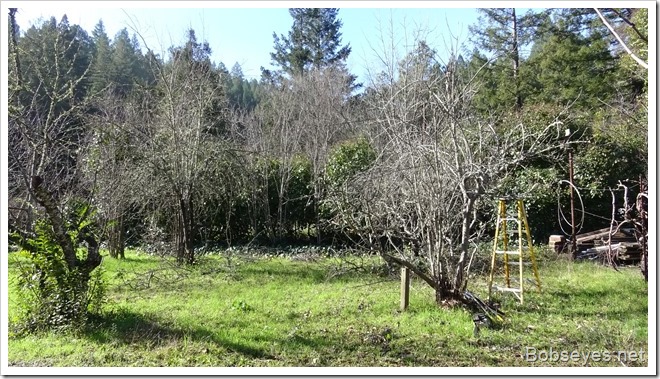 Learning how to start the chain saw

I tried to get my brothers little chain saw started, but I couldn’t get it going, so when it was time for a break, I found the owner’s manual online and read up on how this one works, then went back outside and did what it said and it started up. so at least  now I could cut  the bigger stuff with it which speeded up the process a lot.

Cutting all this old wood off makes a big mess.

Here, I’m almost finished with these two apple trees. these two are some I planted about thirty years ago and grafted several types of known good apples on them. 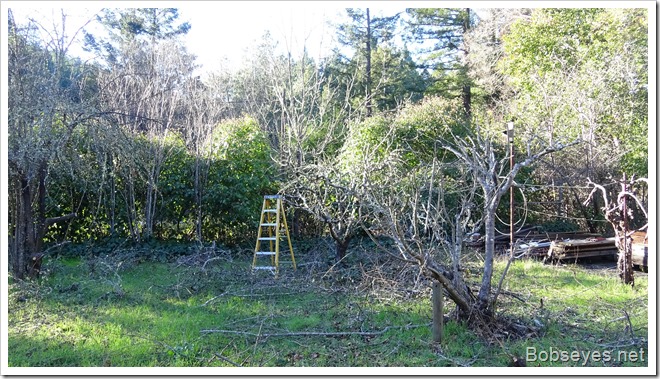 Kumquat tree is steeling the sun

I had also planned to remove that high branch on the Kumquat tree as it was steeling the sun from my blueberry patch which is in back of it. 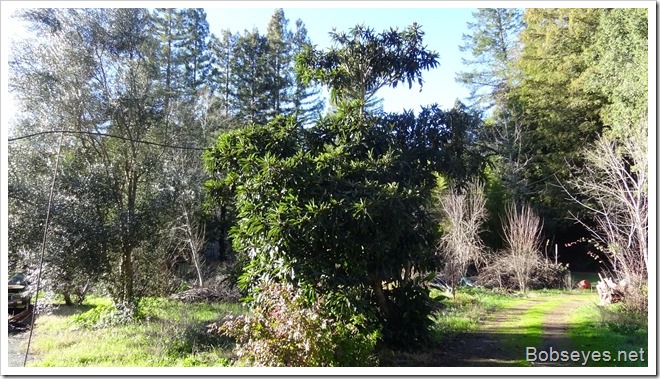 So now that I had the saw going I cut that one high branch off it and cut it up. 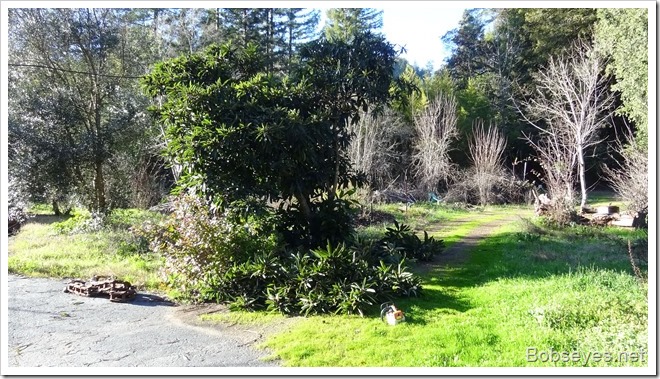 And the olive tree needed some cutting too

There was also an olive tree steeling the sun, so I cut some of it off too. You can see my blueberry patch in the back. 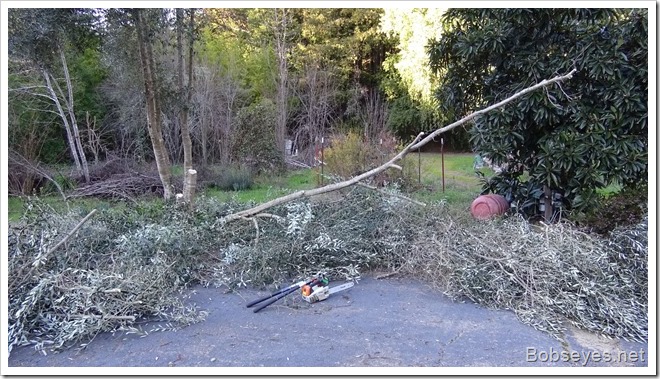 Only had so much gas

I got the olive tree down to here but didn’t finish it off as I only have so much gas for this saw as my brother wants me to use his gas to be sure I don’t mess up the saw with any bad gas so I had to conserve as I couldn’t find his gas and he’s not around right now.

I worked on another apple tree that was growing to the sky with my hand loppers and that pretty much tuckered me out for the day which was ok as it was cooling down and would get dark soon anyway.

Once I shut the saw off for the day, the cat came by to checkout what I had done. 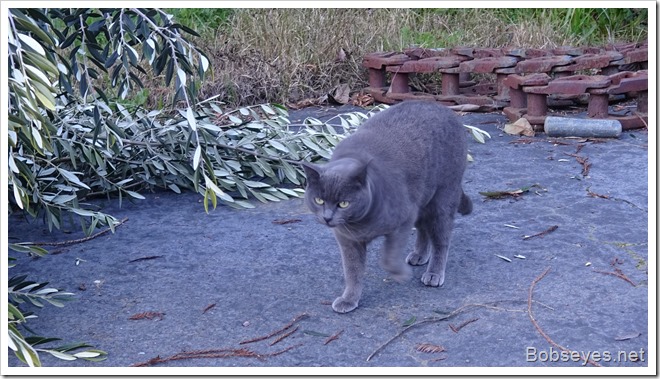 Picking up the brush can wait

I didn’t pick up any of the brush yet as I don’t have that much energy, so it can wait until I get to it. The important thing is to get the stuff cut so spring doesn’t sneak up on me before I get it done.

Here’s a picture of some of the daffodils in the yard. See those big swollen buds, they are ready to pop which is one of the things I watch to tell  me spring is here. 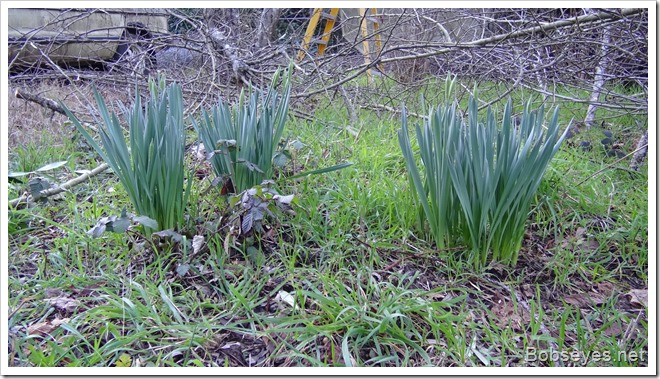 By this time I was beat so I went in the house for a nap, but before I did that I made up some dough for a batch of buckwheat noodles. I’ve never made any out of buckwheat before, but I have made a lot of wheat type noodles from scratch.

I think I will do a little research on the internet to check out some buckwheat noodle dough recipes to see what is recommended as I can still add some stuff to it, but I’m trying to keep it mostly buckwheat to keep it corn free.

And that was my day for a good one as I got some much needed stuff done, so I’ll be able to go off and play some more.