Headed up to visit the Hermit, but

Today I decided to go up and visit the Hermit up in back of the state park. But I also wanted to see if I could find the  head lady running the park as I heard she was retiring soon and I needed to talk with her a bit.

So after taking care of the chickens I drove on up to the park and let myself in the gate as the park is closed from the recent forest fire for rehab work. 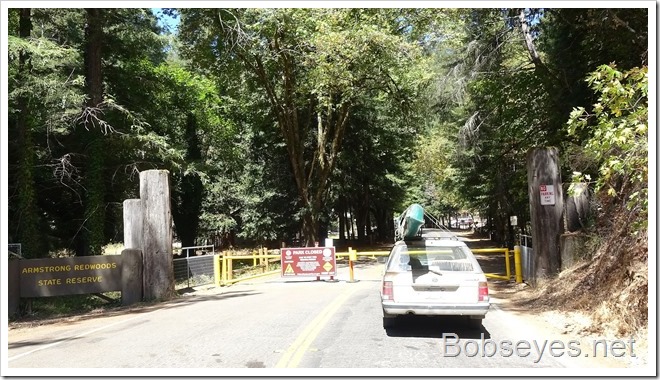 This area is  just inside the main gate and is where they are bringing debris out of the fire area to be hauled away. 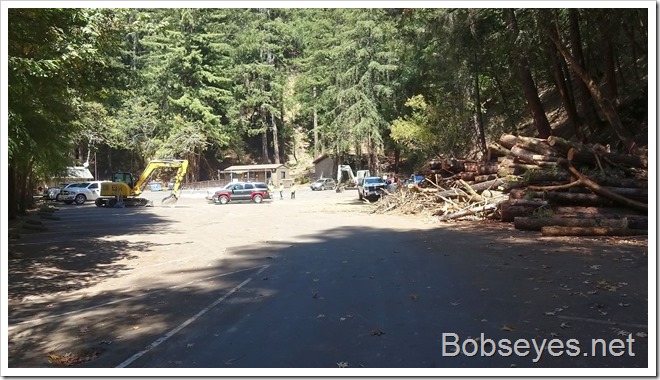 The guy there saw me taking some pictures and came over to see if I was taking pictures because there was a problem. Nope I said I’m just taking some pictures for my blog so I shot the bull with this rehab guy for about a half hour to find out what’s going on with the rehab work and will the noisy chopper be back. The noisy chopper is done which is good and he said they kicked the other guys out that where doing this job for some reason and his group was taking over. I was happy to  hear no more chopper noise.

Anyway I rode up into the park where they just installed these new fences that had burned in the fire. 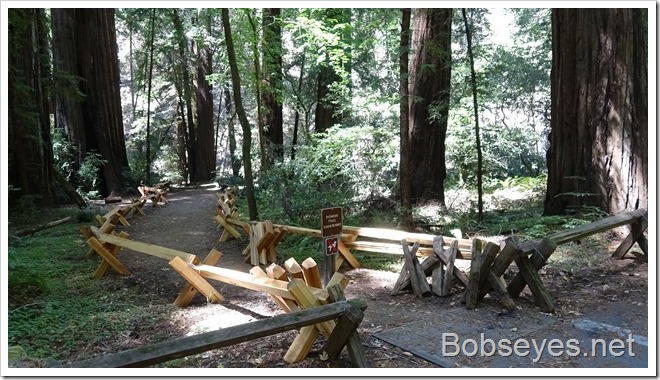 I got to the picnic ground where some park ground crews where working and I shot the bull with them for a bit.

Looking for the head lady

Then I went up to the headquarters where I wanted to talk with the main lady running the park as I heard she will be retiring soon at this place.

She wasn’t there so I talked with Lisa for a good while and found out a  lot of stuff that was going on in the park. Nice lady. 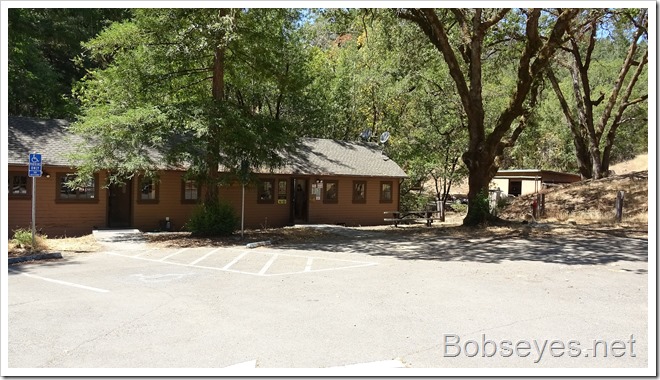 That lady told me where the park environmentalist was at up the hill.

Headed for the Hermit’s but

So when I left there I headed on up to the Hermit’s and was driving up his road when I decided to turn around and go see if I could find the park environmentalist as I wanted to find out some stuff from him and he had also indicated he’d like to go kayaking with  me during the forest fire but had been too busy after the forest fire.

Anyway I met him and two other trucks coming down the hill so he said to meet him at the bottom of the hill and he’d have some time to talk once he’d helped the other two rehab bosses out a bit on some work they were doing.

I followed them around for a bit. The guy I wanted to talk with is in dark green on the left. His name is Brendon. 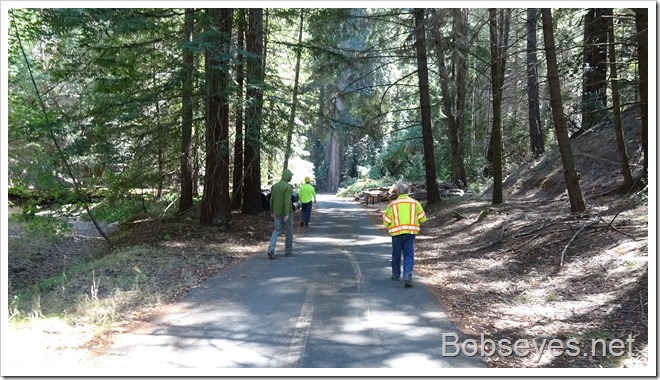 We talked about kayaking and what they were doing in the park for rehab and then we got onto the main subject I wanted to talk about.

Moving the Family property into the state park system

And that is, how do we get our family property moved into the state park system. How do we get the process in motion. To my surprise he said he could help me with that and  would  help get the process started as he’d worked with others doing this as being the environmental park guy he was involved with similar projects in the past. He said done deal.

Wow, that would be great.

That’s what I wanted to talk with the head park lady about so this was really a good thing.

We have quite a lot in common so we kept saying good bye but would just keep shooting the bull some more when I finally said, ok, see you soon and  thanks.

Well, I never did make it up to the Hermit’s as by this time it was 5PM so I rode on back to my house to digest what we talked about.