Started With a Set Back But Then Things All Went Well

Winding down my projects

Today I’m finishing up and winding down all my projects to get ready for a trip to the Montpelier Idaho area next week.

It started with a small setback

So it was time to move the van into position to load stuff and get it ready.

I started it up and tried to move it but I couldn’t get the shifter to go into first and reverse. Seems the other day when I made the bracket for the column shifter support I goofed up. I’d checked out the operation of the bracket I made and it worked quite well. But I tightened it up some more after I did the test and didn’t test it again. I took off the bracket and filed it enough for the rod to move more freely and put it back on with the two new bolts I got for it at the store the other day. I messed up the paint job on it but it now works like it should and I can now shift into first and reverse. I tested it out driving around the yard a few times. All is good. 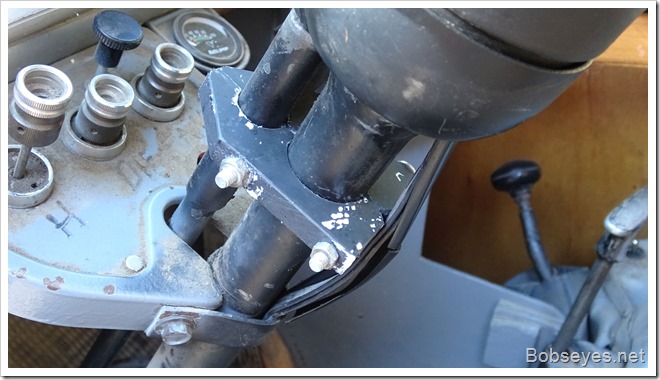 Good thing I tested it out today as it wouldn’t have been good to find this the day I was leaving for the trip. I’ll have to touch up that paint a bit.

New tire valves for the quad

The next thing I did was put new valves in the valve stems of the quad as the tires seem to go flat all the time and I know at least one of those valves was leaking, so I replaced them all and inflated the tires. We’ll see if the new valves help any. There’s only about two pounds of air in each tire so loosing a little makes a big difference.

I then loaded some oil and a funnel so I can go up and run the dozer for a bit to charge up the battery.

The quad ready to roll, but not today. 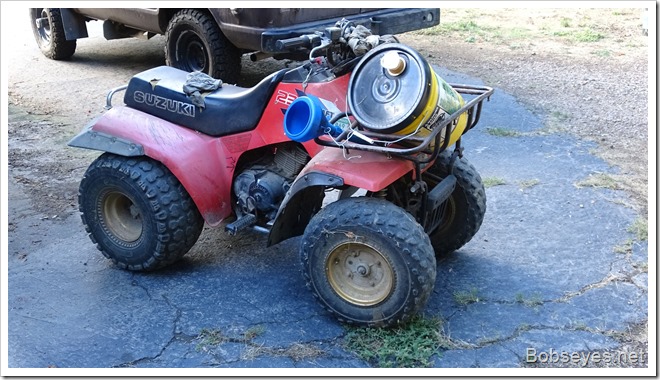 Finally got the grow panels installed

The next thing I needed to do was install the grow pane’s I made for the garden the other day.

Here they are mounted in the garden area. I only needed to add some steel wire to them to hook them up to the enclosure. I had already planted some seed in that spot a week or so ago. 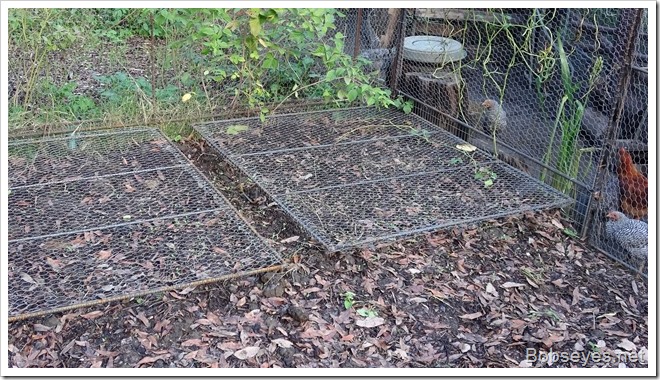 Setting up my rat trap

I don’t really know if this will work, so I’m testing it out and only time will tell. 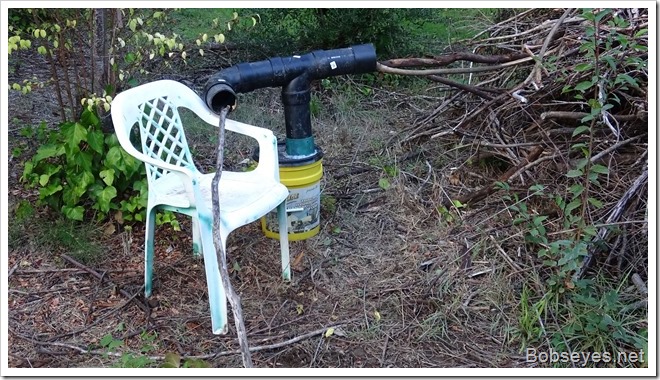 I wasn’t going to paint the chicken’s nest boxes yet, but I had the time so I got the paint out and applied another coat inside the nesting boxes as I thought they’d dried out enough from getting wet from the rain the other day. 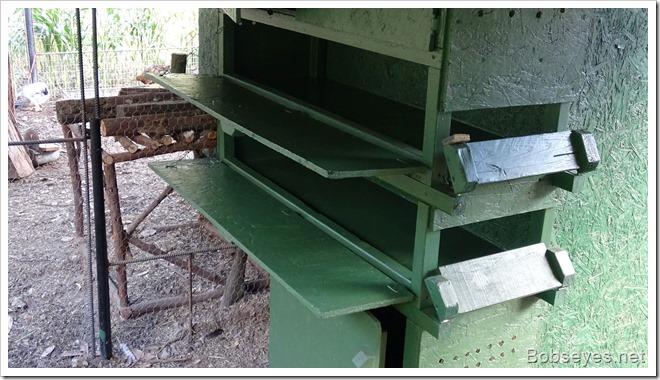 Even got the tires and brake drums off

I wasn’t going to remove the Toyota’s wheels and brake drums yet, but the air wrench would do most of the work so I got that out and removed the tires and then worked all four brake drums off using a big hammer. So now I can see what I need to get to put the brakes back in good working order. Somewhere I have brake shoes for the front one that came unglued if I can only find it and I’ll have to order some brake cylinders when I get back from my trip. 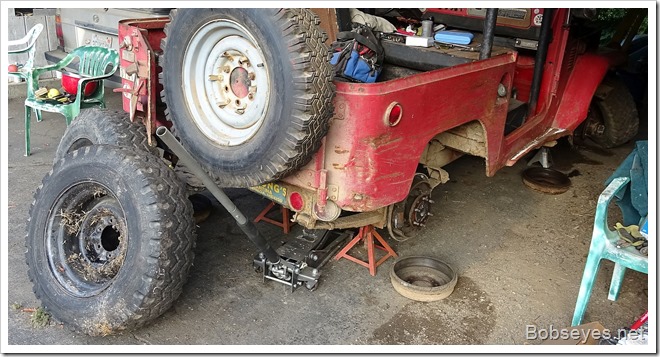 Good to get all that stuff done

Today, unlike yesterday when everything got more complicated, things seemed to go right today and I got more accomplished than I expected which is good as now I have more time to prep for this trip.