I took care of the chickens when I got it going today as usual.

My plan  for the day was to fix a few things around the yard and mostly enjoy the day.

Two of  my sprinkler stands I’d made were too high so I needed to shorten them a bit.

Here’s one of them shortened up and ready to weld. 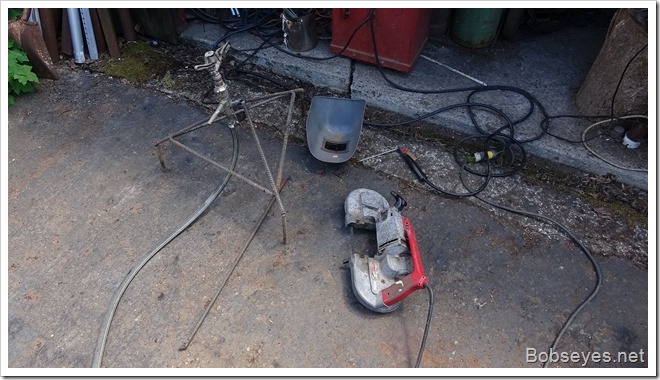 After that some chair hopping and cutting out more new blackberry vines around the yard, a never ending task.

My shower valve has been leaking a bit lately and I’ve tried to fix it several times and not succeeded so I tried again trying some different things and so far it seems to not leak but we’ll see.

I set up the van to put on the belly pan. But first I needed to find out where the radiator fluid was leaking from. The new hot water shut off valve I installed on the heater lines was leaking out the stem seal so I tightened it up and now it needs testing. 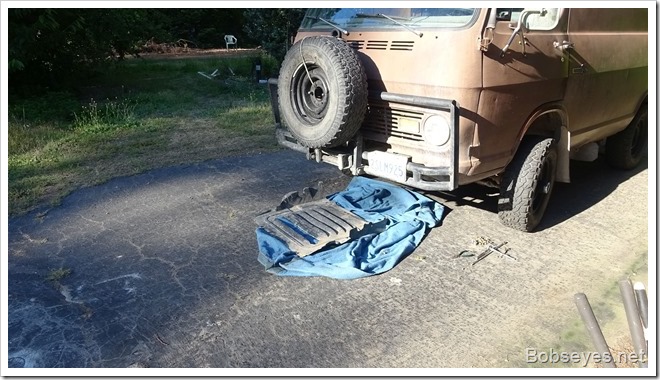 I looked at the belly pan several times throughout the day but never did get it bolted back on the van. I thought maybe I’d it get in the evening but nope. Maybe tomorrow. It’s not really that big of a job.

Towards the end of the day I put some sprinklers on around the yard to water the weeds for the chickens. Any weeds they eat means less feed I have to buy so it’s a good deal.