Spring Yard Work and Some Hilltop Work Too 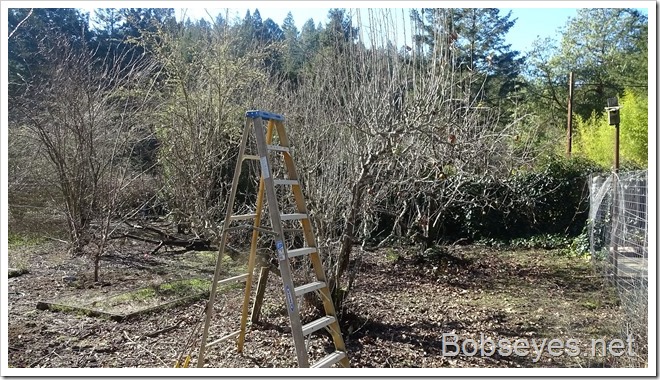 This is the mulberry tree that needs some light pruning. 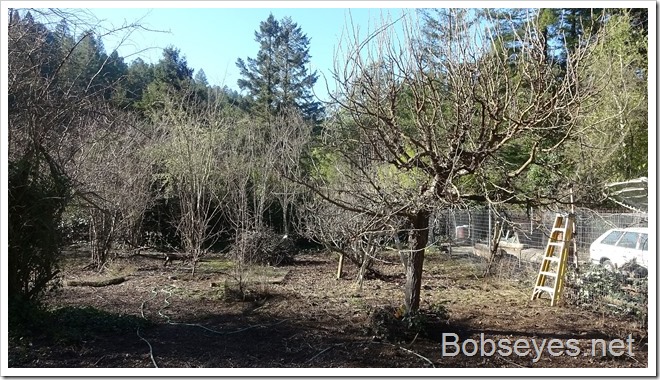 I started with the two apple trees as they were going to be the  most work. I just finished pruning these two apple trees but I’m not planning to pick up the brush until I get around to it with a fresh back. 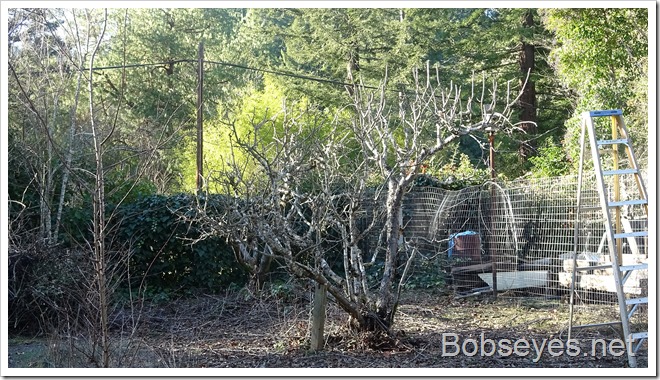 The chickens moved in to help me out a bit. 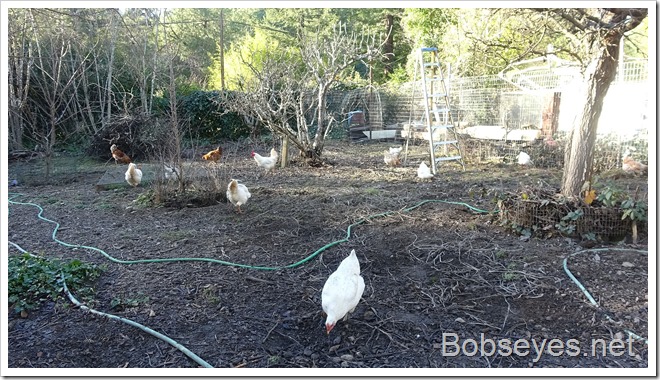 Then I tackled the mulberry tree. I only want to thin a few branches out of it. Since it is a berry tree, I prune this different than the apple trees as with this tree the higher branches are ok as those berries the birds can eat and hopefully  leave at least some of the lower berries for  me to eat. 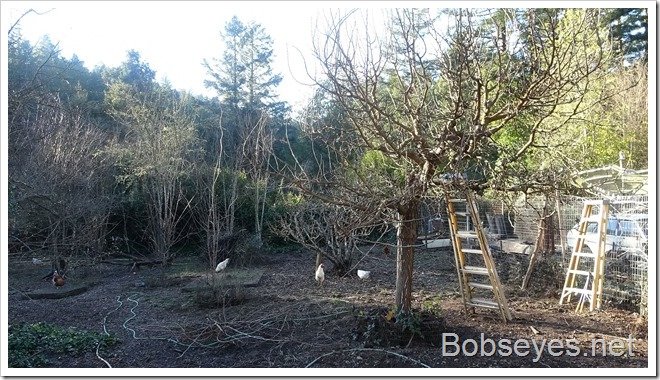 Once those trees were pruned I sat around in a a chair just enjoying the day and the yard as I knew the sun would go over the hills to the west in about a half hour. I decided to sit until the sun went down over the hills. 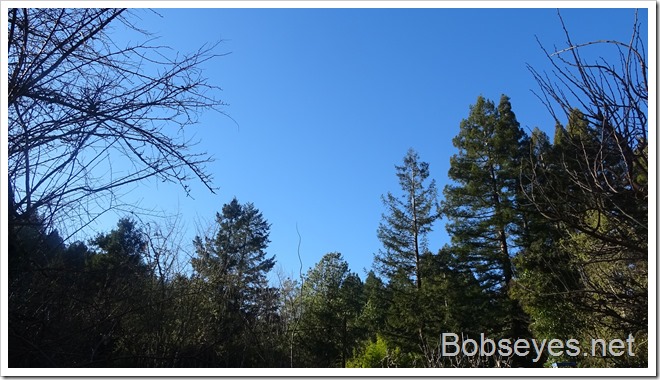 Hilltop work in the sun

And when the sun went over the hills it would get me to hop on the quad runner with my chainsaw and so up into the hills and do some brush trimming at the Guerneville overlook where the sun would still be shining for a couple more hours yet.

I rode on up to the Guerneville overlook here and parked and had a break before I got started with my work. 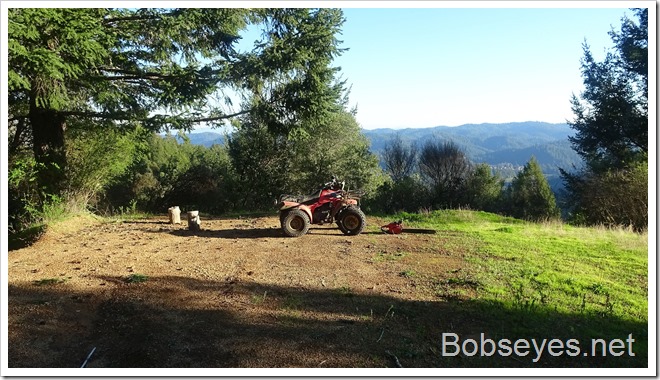 Eventually I got it together and got the saw started and cut down those bushes to the right of the saw on the hillside. 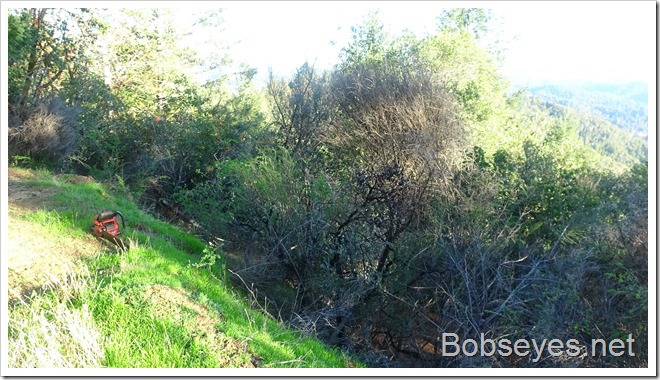 I worked on that. When I was pulling the brush out I was pulling on a one inch branch when I discovered it was a poison oak vine. It’s a good thing I don’t catch the stuff but pulling on vines with no gloves is asking for it.

This  is the view down towards the town of Guerneville. 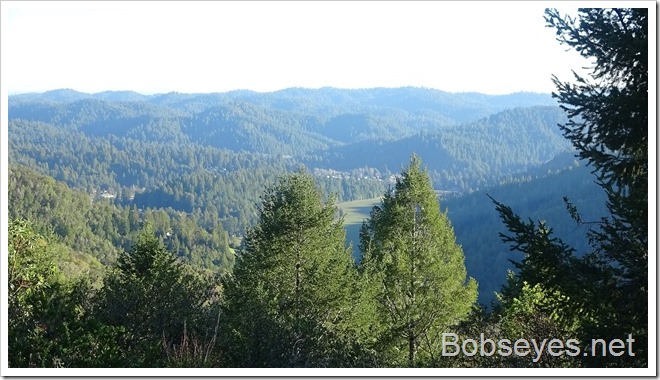 Here’s the brush I cut down that was starting to block the view. 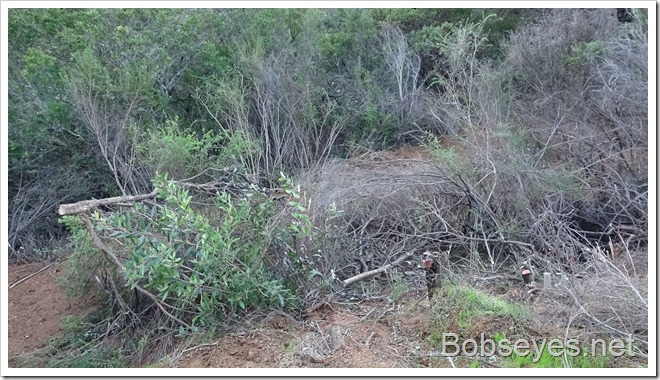 Once that was done I got curious about the forest just below that so I worked my way down through the bushes. The going was tough at first but in a short distance I broke out into a nice area of big madrone trees that sure looked like it would be a good wild mushroom area when it was time for them. I’ll have to check out that area some more at another time.

One more thing and barely time

It was getting close to dark when I left the top of the hill and headed down, stopping at this tree I moved off the road the other day. It was almost dark but I figured I had just enough time to at least cut it into pieces that were small enough to move at a later time, so I was just able to get it cut up. 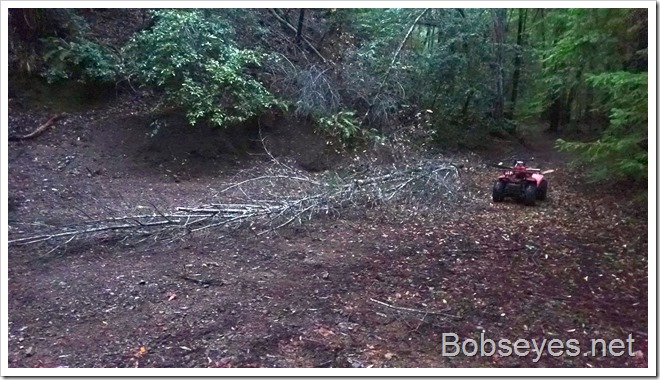 I made it home just as it was getting dark. I was beat so I shut the chickens in for the night and went in the house and that was it.