First thing I did was check on the chickens and all the little peeps to make sure they had feed and water and were doing well.

After that I did some chair hopping and put some sprinklers on some weeds for the chickens to eat.

My neighbor said he’d meet me up at his spring we’ve been working on around 1 so I hopped on the dirt bike and met him there.

We dug up the old pipes to expose them so we could see what was going on and got things pretty well dug out ready to get some new pipe on things to collect the water.

I’m headed to the dentist tomorrow so volunteered to get some pipe to do the job while I’m in the shopping area.

Good thing we didn’t have much to do as we were both still pretty beat from all the digging we did a few days ago.

These two pipes are in two springs that need to be hooked together and piped to his water tank. 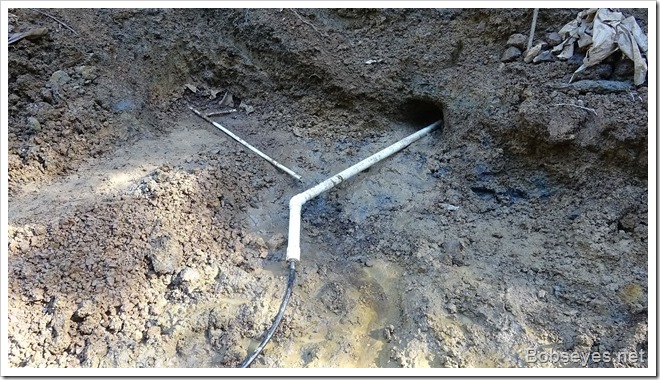 We checked the water flow from the spring and it was around 3 gallons a minute. Not bad for springs in this area. The water was coming out cold and sweet, a very nice spring. 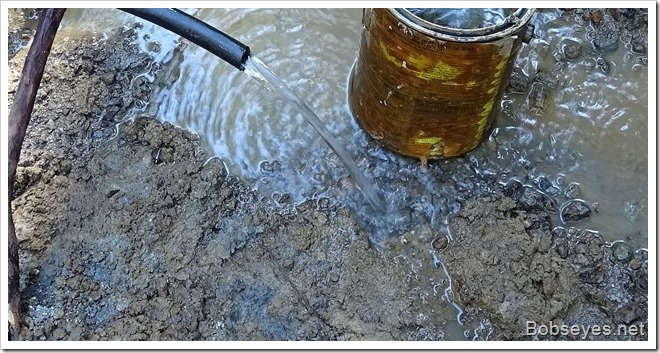 That only took about a couple of hours and I was home chair hopping again enjoying the day. I also spent some time sampling plums as some of them are starting to get ripe. And my raspberry vines are starting to produce so I go around the yard eating a lot of those.

I checked on the new peeps to see if they were in the wrong box again and they were.

They are in the rodent proof feed box that gets it’s lid shut at night so it’s not the place for these little guys especially when they have a nesting box of their own.

I got a cardboard box and lifted each one into it and took them over to the right box and put them in for the night.

Here they are in the wrong box. 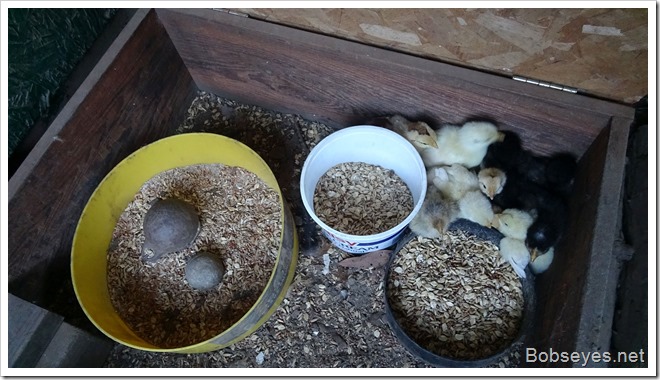 I think I need to shut that box early to keep them out of it just before night time so maybe they’ll go into their box instead.

It was  a nice evening so I spent some more time chair hopping around the yard until it started to get dark.