Work up in the hills

I decided to do a little work today up in the  hills. I wanted to see about tapping some more water from a spring up in the hills I’ve been interested in.

I rode my brothers dirt bike up the hill and parked it to have a look at the spring which is in front of the bike. 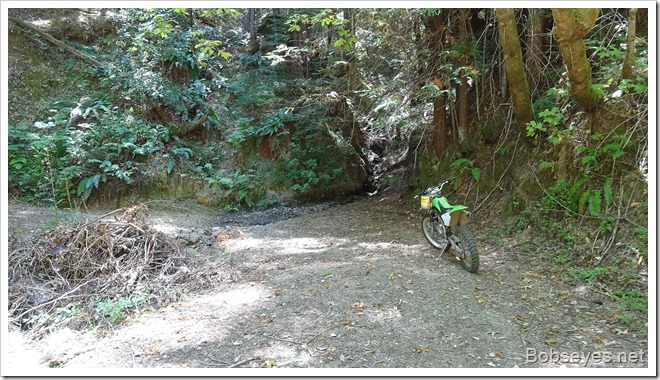 Here’s the spring water hole I’m interested in getting the water from. 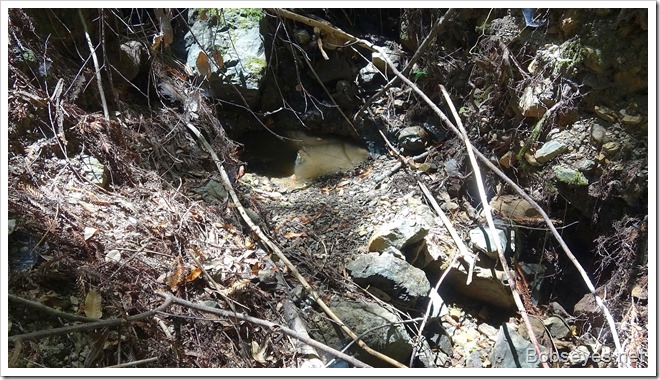 I cleared out a channel through the gravel for the water to flow out and to have a place to put a pipe to collect the water. Just a little hand work. 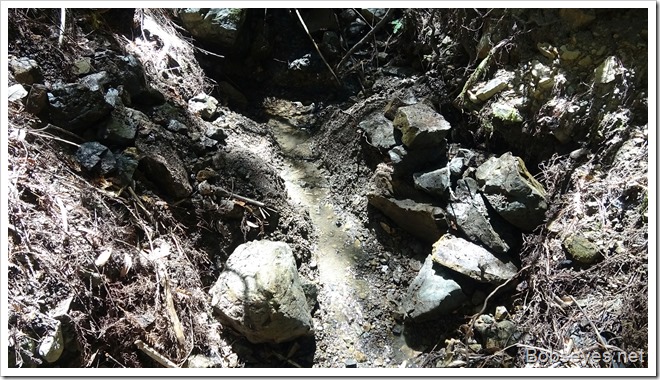 Once I got that far I realized I’d need some pipe to catch the water so I’d  have to go home to get it.

Here’s the bushes where I checked the spring. 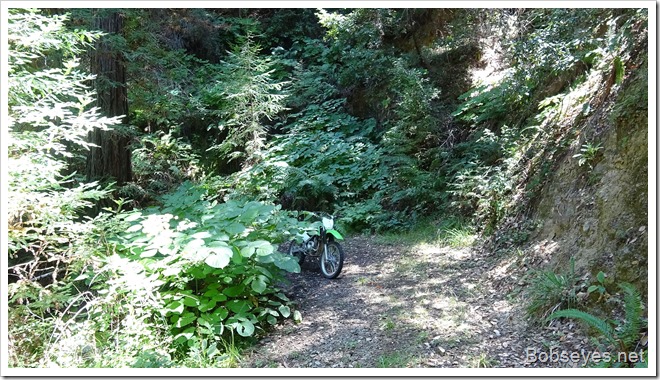 So I rode the dirt bike down lower on the mountain and worked on fixing up the pipe that was sagging badly and getting plugged with silt in the winter. The pipe going down the hill is just three quarter inch black pipe laid on top of the ground so things happen to it now and then and is part of he spring maintenances I do occasionally. Of course this task meant I hiked around the hills a lot working on the pipe to straighten it out to remove as many sags as I could.

After getting that spring going a bit I went on home for a much needed break.

Pipe to the spring

After that I got the quad out as I needed to carry the pipe up the hill and I didn’t think I could do it on the dirt bike. As it was it wasn’t easy on the quad either as the pipe was heavy and got stuck on things while riding along so I had to be careful.

Here’s the quad with the pipe I brought up the hill. 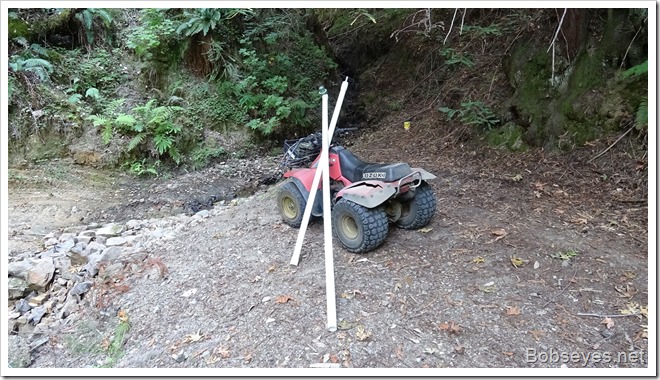 Here’s the ends of the pipe. One end to collect the water and the other end to put the water in the down the hill pipe. 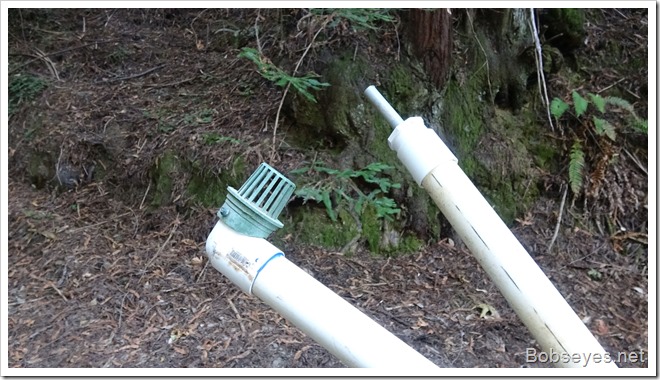 I installed the pipe and made a dam but all I had was gravel for the dam for now so I’ll need to get some clay to seal up a dam to get all the water into the pipe.

Here’s what the spring tap looks like so far. I’ll get some clay from a spring and make a dam and a little sink to catch the water. 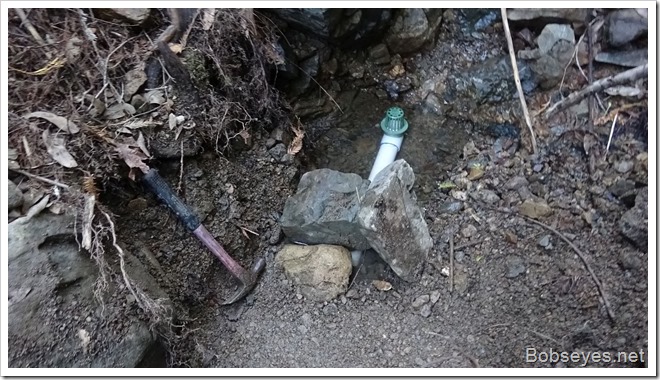 Here’s the pipe ready to measure the water flow but that will have to wait until I seal up the dam with clay,  maybe tomorrow. 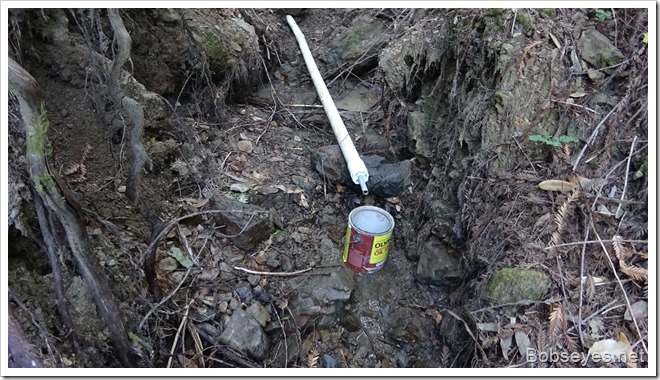 By the time I got that done I was pretty beat as I rode down the hill.

I stopped at my brother’s garden to get a reward. 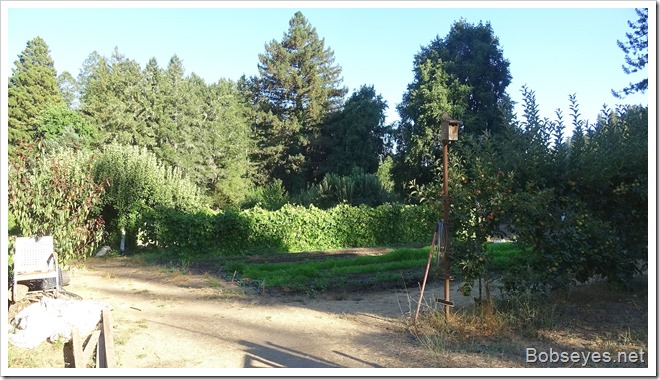 I noticed his prunes were getting ripe and just the way I like them so I ate a few. 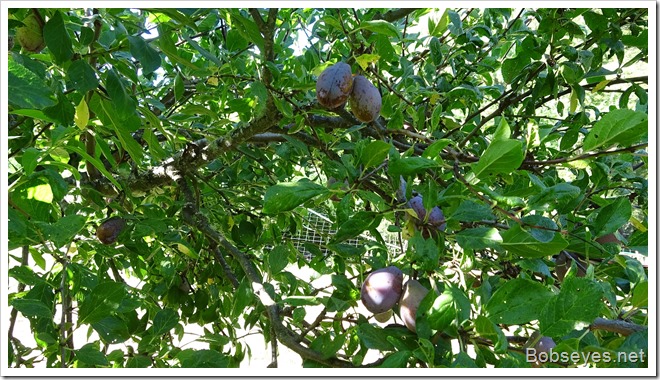 I checked the strawberry patch for some ripe berries as I needed a treat. 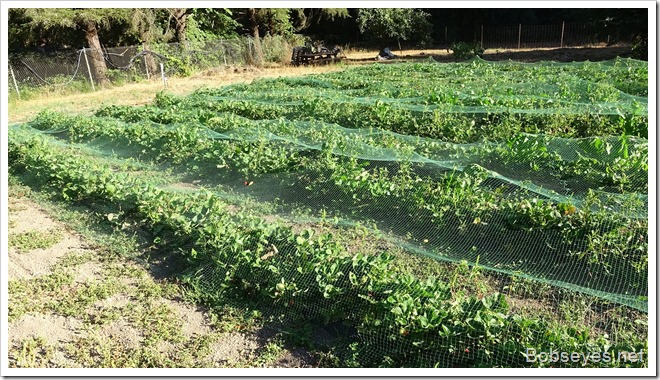 Yes, I found a few and yes I ate some. Yummmm. 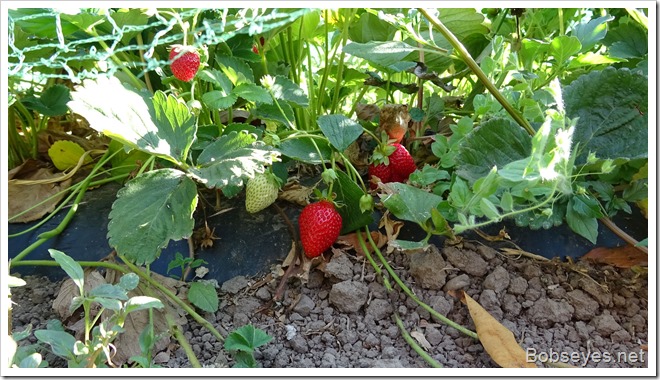 I rode on home from there pretty beat so I rested awhile before going out and working on some chicken stuff. They broke one of my rat proof feeders so I did a repair on that, hopefully better than it was before.

I also started another chicken feed sprout bucket and rinsed the seed I already have started in two buckets. This sprout thing seems a bit labor intensive, or you could read that as good exercise. :O) It’s an experiment to improve the chicken’s feed so we’ll see how it goes. I think it may be something I’ll do when I need better food like for raising chicks but otherwise it might just be too much work.

All that work means this older body is worn out and can hardly move without pain, but hey that’s how one keeps moving,……… I think. :O)

Anyway nice day playing up in the mountains doing something constructive. Collecting free good water is real constructive in my book.

1 Response to Spring Water Development and Working the Ol Body