Splitting Boards, Trip Planning With John and Gardening With the Chickens

Need to get the hen’s nests started

I thought I’d start the day off cutting some 2×4’s in half for a nesting project I have on my list. Chickens start laying eggs at about five months of age so I have some time yet, a couple months. But I need to get them done so they don’t interfere with something else I might be doing.

So I set the table saw up and cut some boards in half like this. 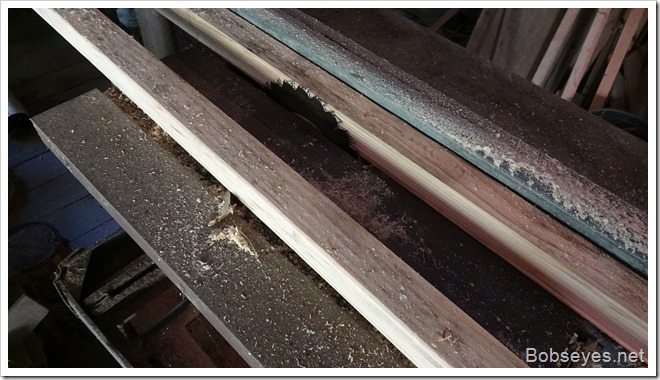 I wasn’t sure how many I might need so I cut five of them for now and I can cut more later if need be. 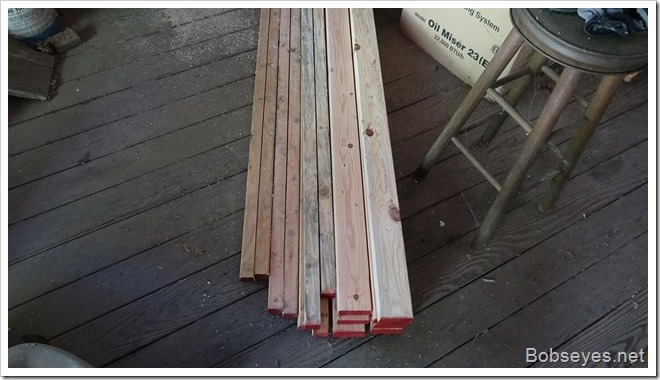 I spent some time in the chicken pen studying the spot where I want to build the nesting boxes. I also want to build some egg storage in the same spot.

I need to get some plywood before I can do the nest construction so I put the rest of that job aside for now.

John S. is planning to go hunting in Idaho in October and I thought I might join him and his buddies for a few days so I had to find out when and where exactly they would be so I could join them on one of my desert trips.

I drove on down to John’s house where they were having a yard sale.

Cheryl’s chickens greeted me as I entered the driveway. 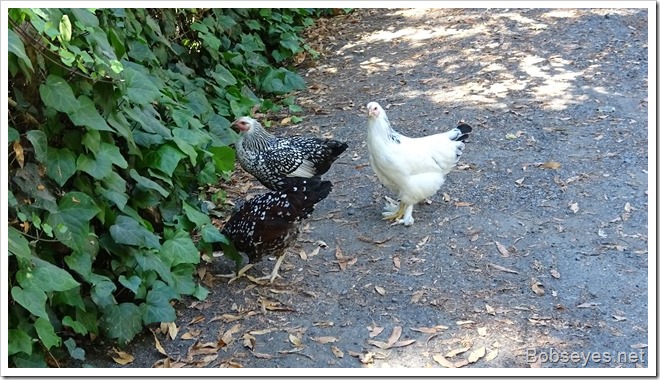 Here’s the yard sale so I went over to talk with John about the trip and I talked with his wife Cheryl for a bit about chickens. 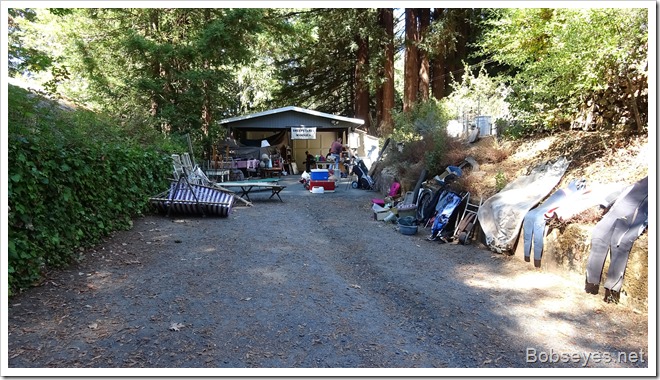 We shot the bull and I visited for an hour or so.

Ok, so now I know where they are going and what time so I’ll work it into my plans.

I went on home and moved a load of woodchips to a garden patch I want to turn over again with the shovel. Kitty Kat came by to supervise. 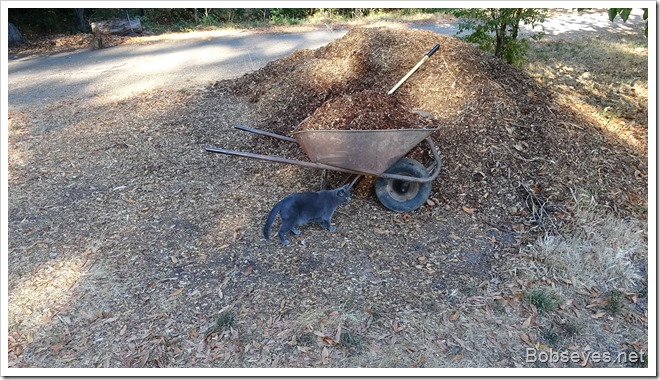 Here’s the garden plot I’m turning over. You can see the chickens begging me to let them in. 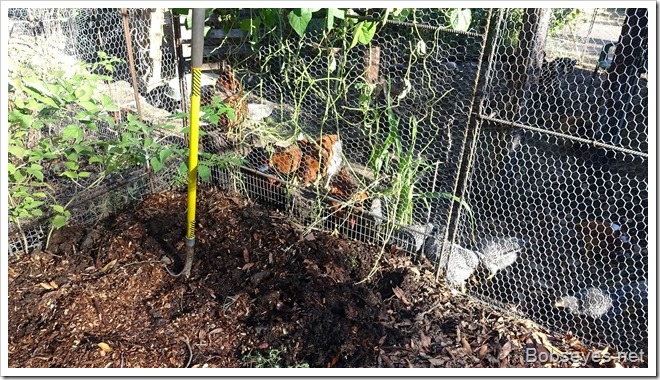 I made them wait until I was finished turning over the soil with the shovel then let them in to do their thing. 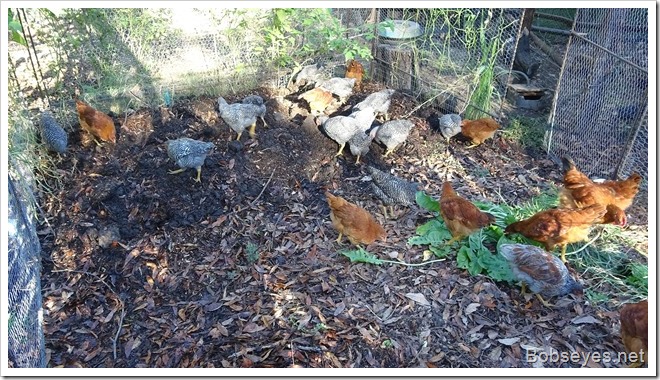 Here’s a picture of my smaller chicks resting from working at eating so much. 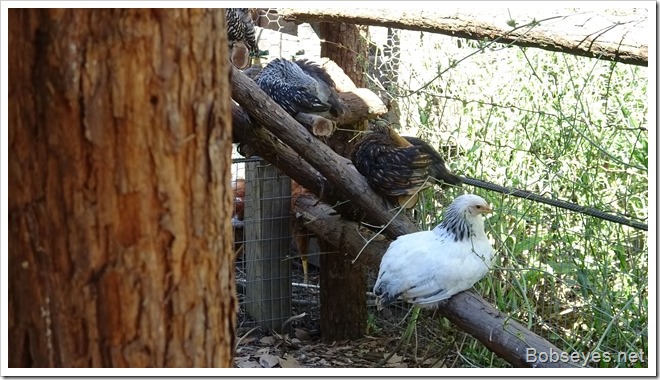 I’m getting close to eating one of my larger chickens. I’ve been giving them the look trying to pick which one out and I’m waiting for my brother Tom to get me his killing cone to do the job properly. I haven’t had any chicken in a long time so I’m really looking forward to it, although not really the killing part. I figure the first one will be the hardest, than chickens watch out. Yummy.

That was it for me today for another good one.