Sun sure helps get things done

The sun was out  nicely as I went outside to get some stuff going today.

I wanted to get the brakes adjusted today on  my Toyota Land Cruiser but the sun hadn’t reached inside the carport where it was parked and without any tires on it I couldn’t more it out into the sun to work so I had to wait for that area to warm up a bit.

So I sat around and decided to put up one last steel roofing sheet on the chicken pen to prevent some of the mud that forms when it rains.

I’m running out of old roofing material so I have to extend what I have left. 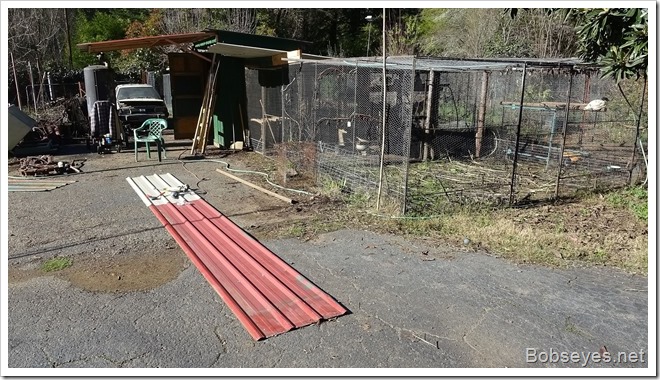 New camera is in

While I was working on extending the steel sheet I heard the mail lady drive by so I went out to the mail box to get my new camera which I just had ordered a couple days ago.

A “PANASONIC HC-WXF991K 4K…” It’s a video camera that also takes stills which is the part I use most to take my pictures. 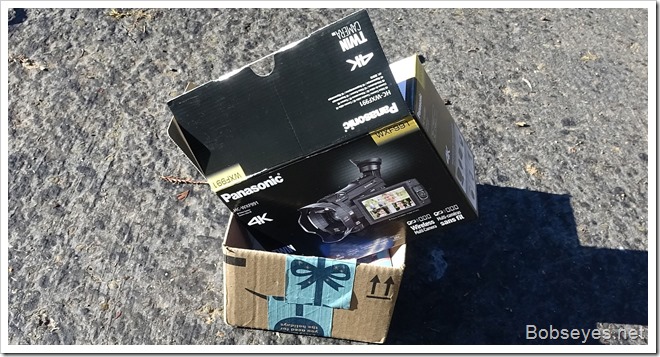 I’d rather upgrade than fix it

My older camera has been dropped one too many times and is suffering a slow focus when zoomed which is causing me to miss some nice shots. I could send it in to get it fixed for likely about a hundred bucks but I’d rather put that money towards a more modern camera. It’s the same as upgrading one’s computer.

I opened the box and installed the battery and put it on the charger to charge and went back outside to work on the roof.

I drilled and used pop rivets to join the two pieces of roof together to make this piece long enough to do the job. 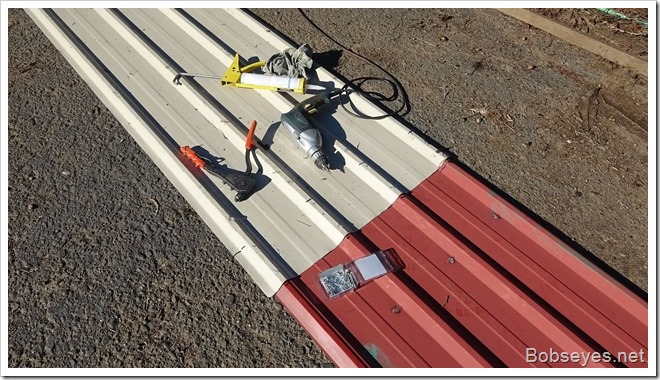 I set that project aside until later when I’d put the metal piece up and screw it down.

Working on the Toyota’s brakes

I wasn’t really into doing the brake project but around 3 I thought I better get to it while there was still some sun in the sky so I set up my tools and pulled each brake drum off and did a course brake shoe adjustment. I don’t have automatic brake adjusters so it takes a lot of work as there are two slave cylinders on each wheel that have to be adjusted by hand and it’s not easy as there is a bunch of stuff in the way on each wheel which makes it hard to adjust. 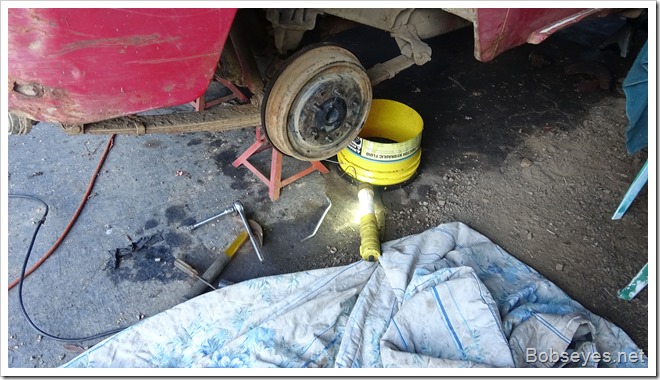 I kept working on it and got all four wheels coarsely adjusted and ready for bleeding the brake fluid but not now as it’s getting late.

Finished the roof while the chickens grazed

I let the chickens out to graze and while they were out I put the last piece of steel roofing up on their pen and screwed the piece down so hopefully now when it rains the new roof will keep the water off the chickens floor and that will  prevent the mud.

1 Response to Splicing Steel Roofing, a New Camera and Adjusting the Toyota’s Brakes