Spending Time In the Hills, Doing Hilly things On a Nice Day

Here’s where Barry crashed his dirt bike yesterday. He was trying to ride up between the three light spots on the right which is twice as steep as the picture shows, almost straight up about ten feet. The rocks in the creek is where he ended up on his back. I heard he’s hurting some today. 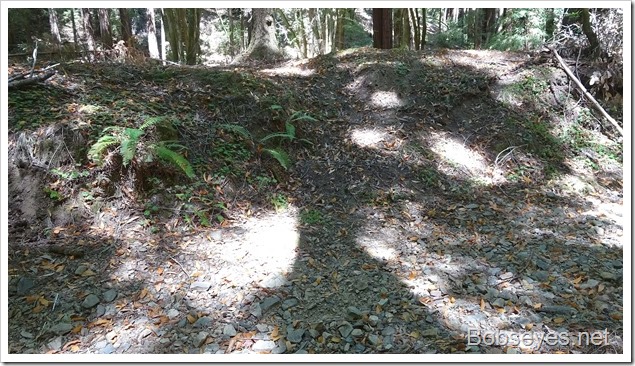 When we were kids we’d ride around on our dirt bikes and fall down and get up and go without all the hurts of older age. :O)

Today I jumped on the dirt bike to ride up to my cousin’s place to visit and show her and her husband what I know about the Jarbidge area in Northeastern Nevada as I’ve been going into that are for years.

I rode on up to their house but my cousin was out backpacking so I talked about other stuff with her husband for a bit.

From there I rode on over to the area I have been working on  the old trail and sat down to enjoy the view before getting started. 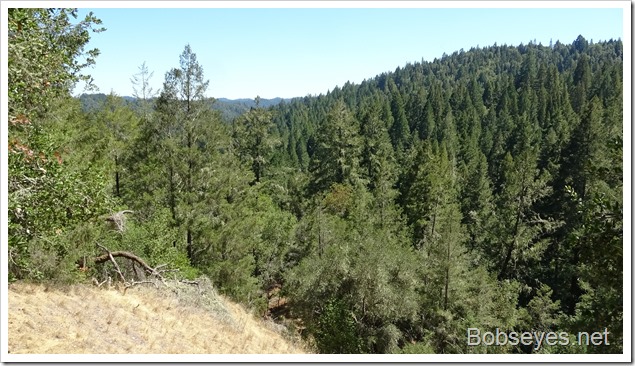 I did some work on the trail for an hour or so and then sat on the rim of the canyon in this grass. 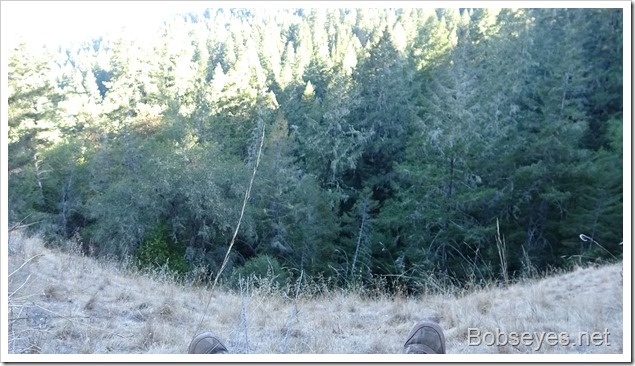 It was still early enough for a dirt bike ride so I went around the hills a bit stopping in places like this to throw sticks and rocks off the road. 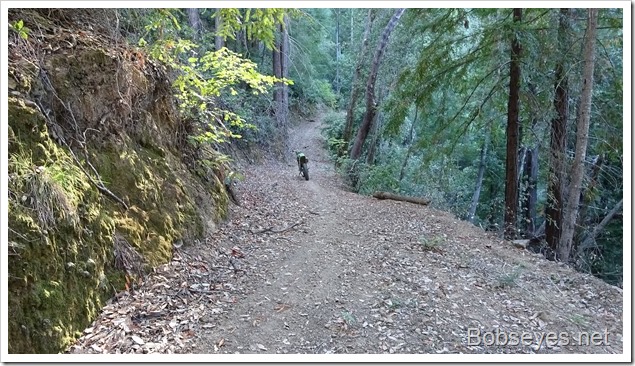 There’s always plenty of sticks on the road to throw off it. Good exercise, so I do it and it makes the dirt bike ride much nicer. 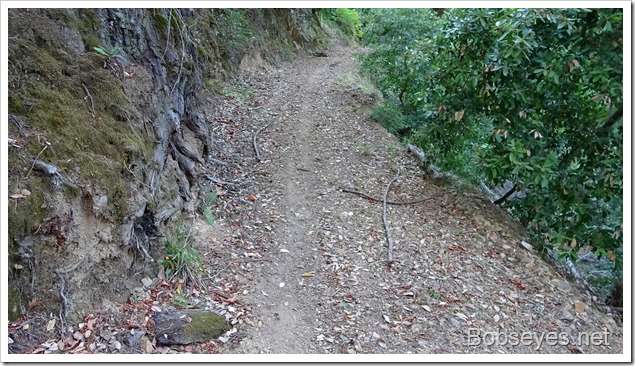 I spotted this thing as I was riding by so I stopped to pick up this garbage. 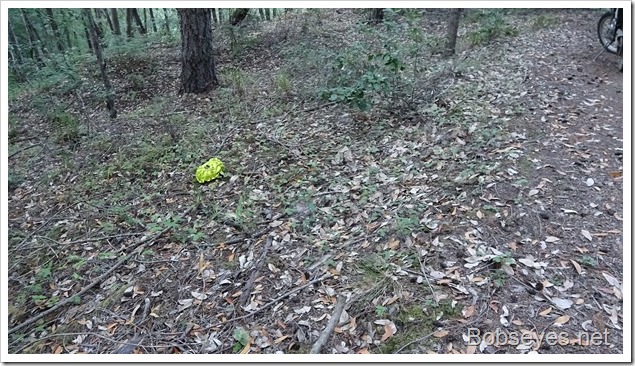 Just one of the things one has to put up with when you live out in the country. At least it tried to give me some kind of smile. 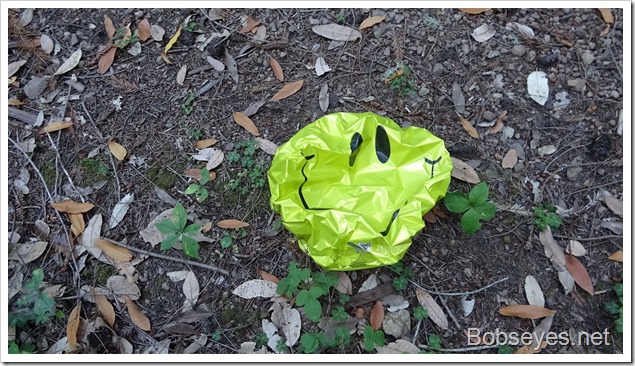 We’ve been riding around this little dead tree for a long time so I stopped to break it up and get it off the road. 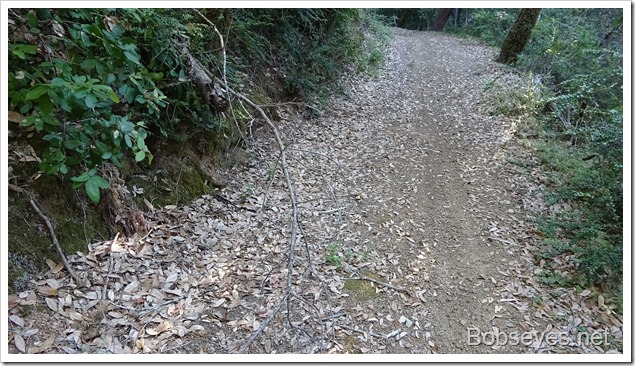 I was thinking about those big ripe plums in  my brother’s garden so I stopped there on the way home. 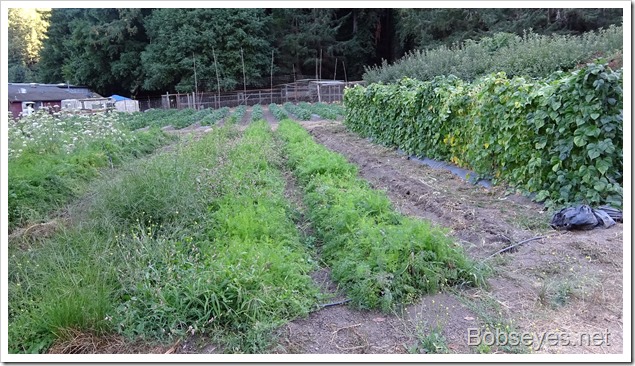 I ate one and put two in my pockets for later. Just as good as the last time I ate them. 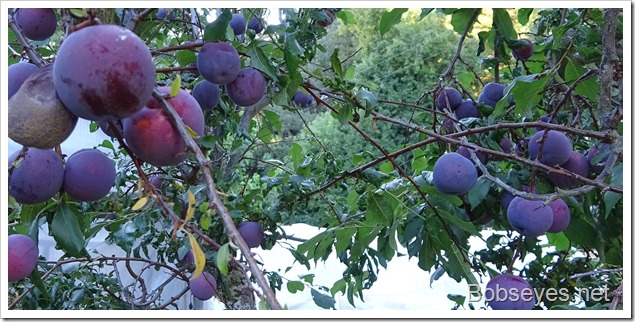 I needed some zucchini. His plants are almost dead in this spot but I found two good ones. 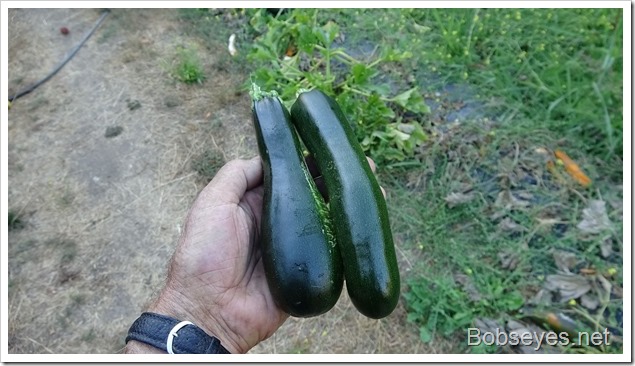 From there I made it home and went around the yard sampling what fruit is getting ripe. Grapes are just starting to ripen up.

2 Responses to Spending Time In the Hills, Doing Hilly things On a Nice Day