My back got sore after working on the Hermit’s spring yesterday so this morning when I got up it was a bit sore so I got out the ice pack pad and laid on that for about a half hour, put it back in the freezer and did it again between naps and some chair hopping in the yard.

Around 2 it felt a bit better and I wanted to put some tape on a water line leak up in the hills. I wasn’t sure how my back would be doing that so that’s all I had planned to do on the dirt bike today.

I rode up to this spot where the water leak is as you can see in front of the dirt bike it is wet from the  black hose above. All I have to do is somehow get the hose down far enough to wrap some tape around the pipe. I was able to get up the hill and pull it down in the trees enough to get to the hole. Rats and squirrels some times eat  holes in the plastic pipe to get to the water, especially in the fall. I think this was a squirrel. 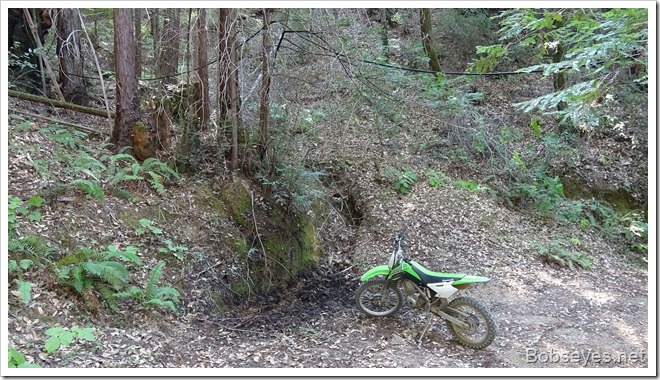 Once I got that little chore done my back was feeling pretty decent so I decided to ride up the hill further and see what the fire guys were doing.

I ran into these guys on standby resting up and watching for flare ups. I used to work in Cloverdale for a few years and since that’s where these guys are from we had quite a nice chat. 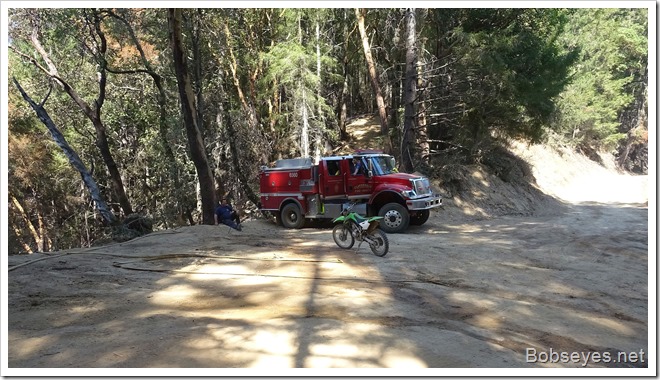 After chatting with those guys I decided to ride on to to Robert’s place to shoot the bull for a bit and give them this picture of where all the old trains ran around the lower river. Thinking of it maybe some of you are interested so I’ll get it and put it  here now. Some of the larger black lines are train tracks too.

Railroads of old on the river 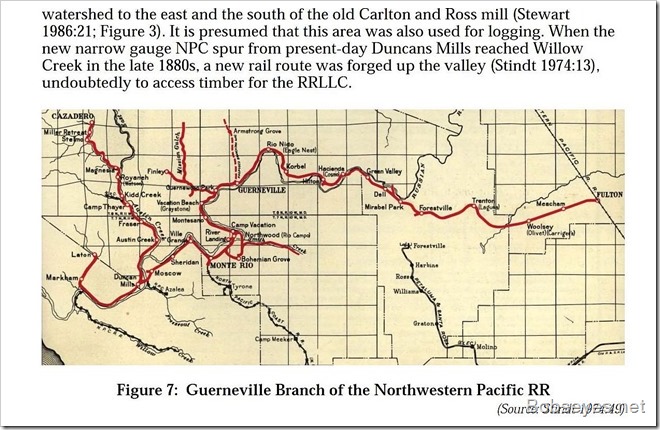 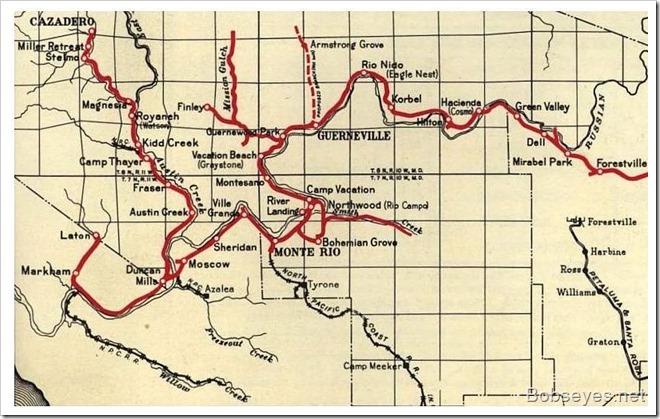 Well I couldn’t raise anyone at Robert’s place so I headed on back down the road where I almost ran over this water truck. He was putting some water on the road and turned the water off as he passed so I didn’t get wet. 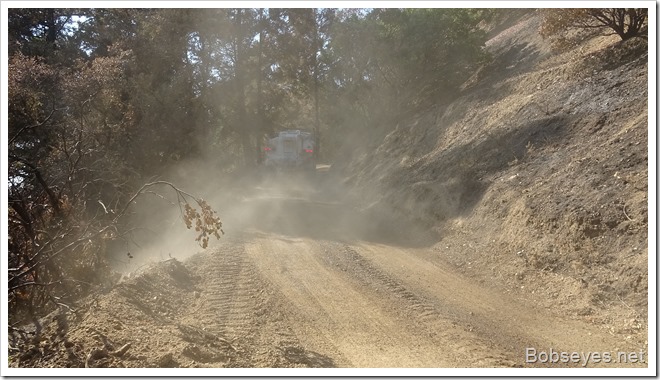 Back at the Coverdale spot a Santa Rosa Commander had pulled up so I stopped again and caught up with the fire news and shot the bull a bit. 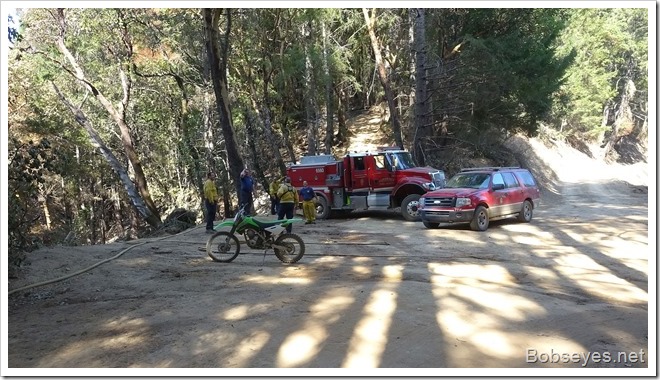 On the way home I stopped at Tom’s garden for some strawberries. The weeds have over grown the plants but there’s still plenty of berries in there and I ate my fill. 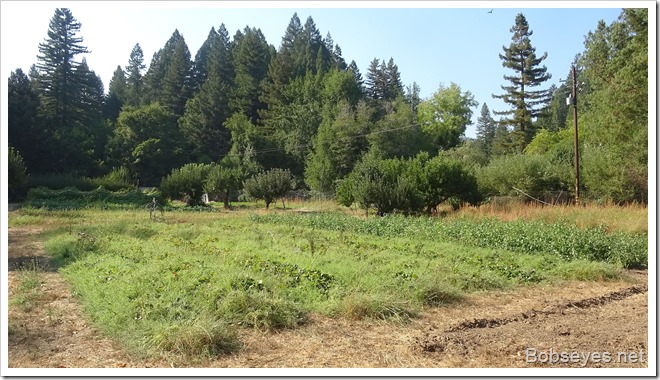 I rode on home and put the bike away and got the ice pack out again and used it just to be safe and right now my back is doing pretty good, much better than last night.

It was hot out today so I mostly stayed in and rested until evening when I went out and joined the chickens in the yard. I usually let them out in the front yard a couple hours before dark which gives them plenty of time to get stuff to eat but not enough time to get up on the porch and poo so that seems to work well, letting them into the yard just before dark.
They have plenty of other yard places they can get into earlier in the day so they are mostly happy chickens or at least they should be.

I did more than I thought I would today and my back is feeling better, so.

(Visited 230 times, 1 visits today)
This entry was posted in Uncategorized and tagged 2020 forest fire walbridge mop up. Bookmark the permalink.