A number of weeks ago, Terry in comments asked if I might make a video of the little waterfall up in the hills where I’ve been working on trails. I tried several times but the sound didn’t  come out well when it was really flowing. But now that it’s down to a trickle I tried it again the other day and was able to put a short video together.

Today I needed to find out why my quad runner has been dying on me. Recently it’s seems to be getting worse. I’ve always been able to get it going again with a lot of cranking. It’s a good thing it has an electric start.

I incorrectly suspected it had something to do with a fuel problem but was wrong about that as I found out.

I got out the manual on it and read up on the fuel lines and the stuff related to fuel while doing some chair hopping. 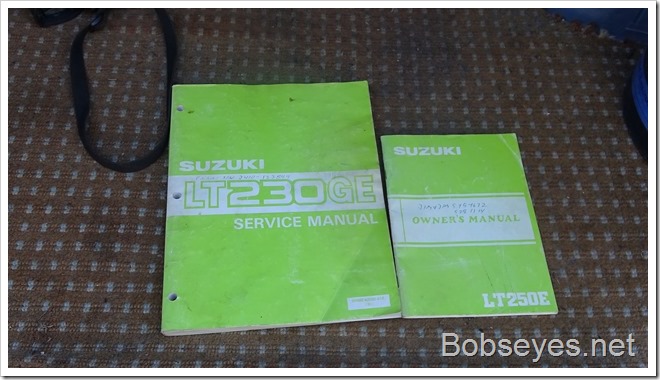 I bought this machine around 1984. It was one of the first ones off the assembly line when the three wheelers where outlawed in the US.

No one else had a quad runner around here and at first they weren’t selling well at all. I thought they were cool and bought another one each time a new model came out. The first one I bought was a 125 witch had no front brakes. I rode it like I was snow skiing to get down steep hills. That was fun. :O) The next model I bought had front brakes, thank god.

Anyway, I’ve used this little machine a lot and haven’t really done anything much to it as far as maintenance. I’ve never changed the oil in the 38 years I’ve been using it or added any. It has a drive line instead of a chain so no maintenance there. Last year I had to replace the original tires and I’ve replaced the battery a number of times. It still has the  original spark plug.

My brother borrowed it for a friend to ride who never rode before. He took him up into the hills on a steep spot and the guy rolled it and cracked the fender which I could fix but it doesn’t make it go any better.

I got the machine out to put the water hose on it for it’s first wash. I don’t think I’ve really ever washed it before other than maybe wiping off some mud once in awhile. 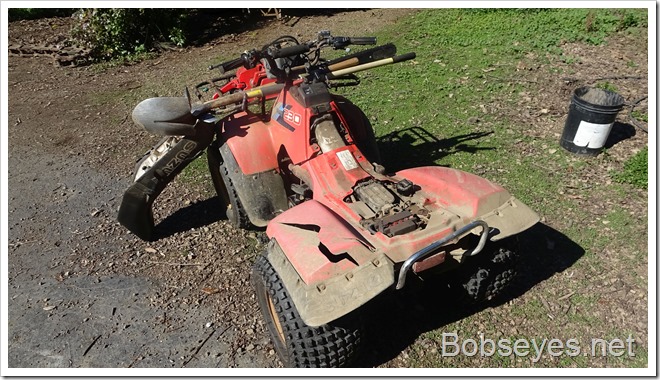 It got a good bath once I took some of the plastic off.

I inspected all the fuel lines and fuel stuff and checked filters and all seemed to be good. 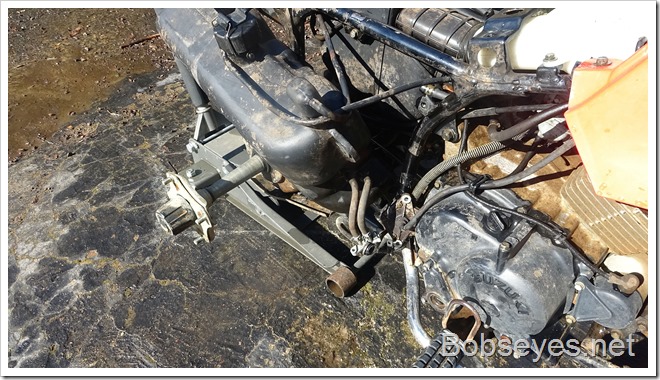 Not able to find anything obviously wrong I decided to start it up while it was all apart.

I turned the key on and cranked and cranked but it didn’t fire. Now that is a good thing as this is a problem that comes and goes and would be hard to find, but now, since it’s won’t fire I have a chance to find the problem.

Since it wasn’t firing, I decided to pull out the old plug to have look see.

The plug was all wet like it wasn’t firing but was getting gas. I grounded the plug and hit the button and watched for spark and there was some. The plug was firing.

Then I cleaned the plug off and tried the test again just to be sure and it happened. No spark. That’s great. I tried repeatedly and once in awhile it would fire the plug but then stop.

Just to be sure I got another spark plug to test to see if it would fire and it did.

OK, the the old original spark plug is bad. I looked through all my stuff for a plug that would fit but I had no luck in that.

Testing the spark plug for spark.

So that was as much as I could do until I get another plug. My back was hurting so I put it aside to maybe put back together in the evening if my back felt like it.

I’ve had these empty oil cans that I’ve been meaning to drain out the last little bit of oil and turn them into buckets so I worked on getting the lids off and oil out. These oil type can’s are real tough and I use them as buckets a lot. 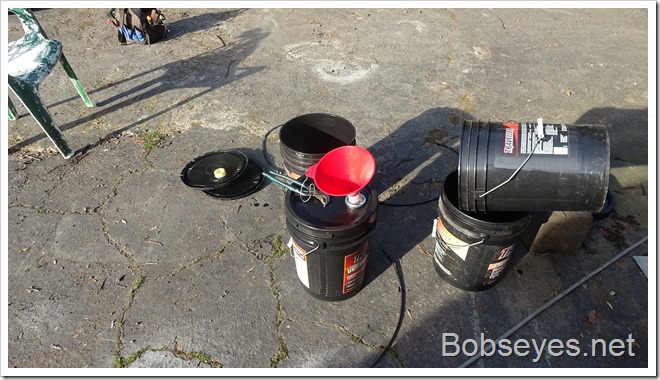 I let the chickens into this garden area for the first time today to do their thing, eating insects and worms of which they do a good job. I sat with them for awhile. Note how many chairs I have around the yard.

I did get back to putting the quad runner back together so that was done until I get a new plug.

And just before dark, I aired up all the van’s tires including the spare, so that’s done. 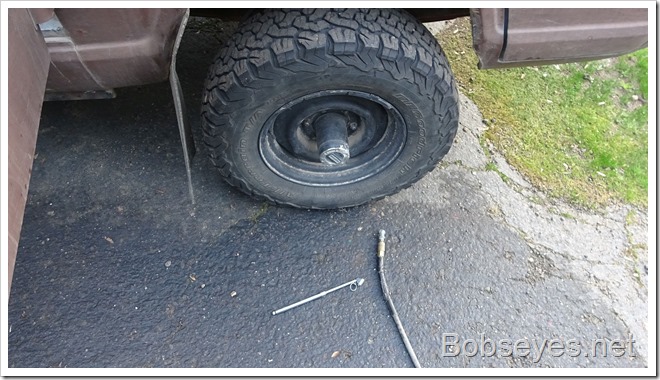