The ol bull dozer battery needed to get charged up so I needed to use it as that’s the best way to charge up the battery and also give the dozer some exercise which helps keep it running.

I needed some oil in it so I brought up the pile and added the oil to the transmission at this spot. 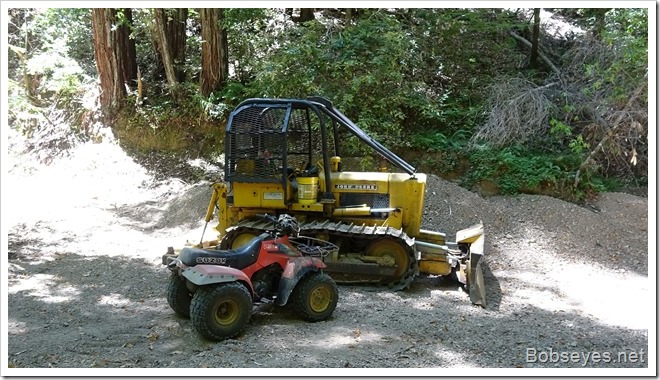 I went up this road. 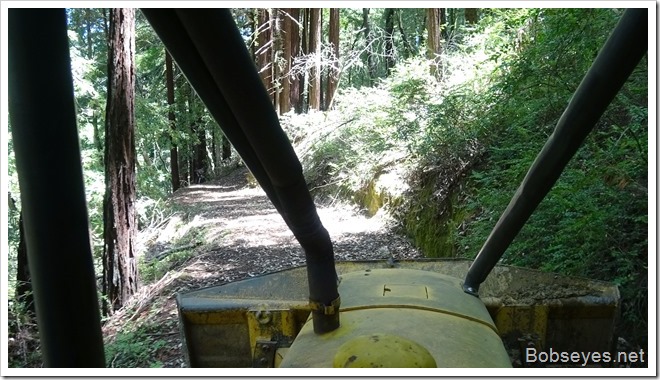 And down this one and pushed a few downed trees off the road. 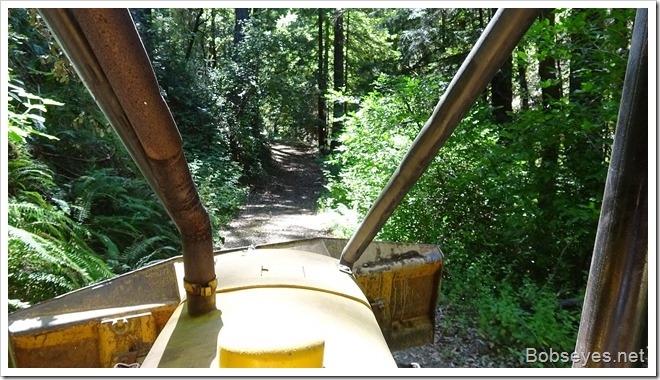 I parked and lift the dozer up on the hillside at this spot and walked down the hill to where I left my quad runner parked. 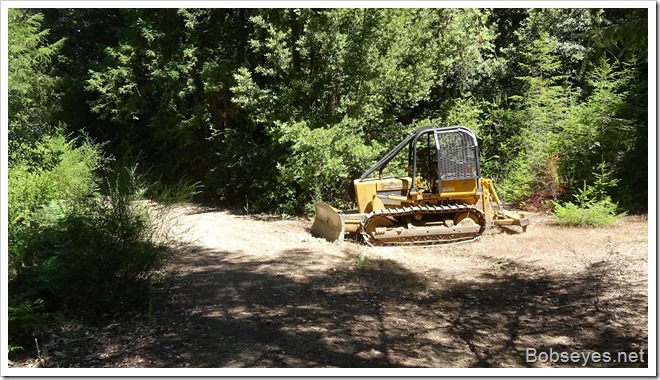 As I walked by our water tanks I looked across to see how much water was in them as I’ve been doing quite a bit of watering lately. 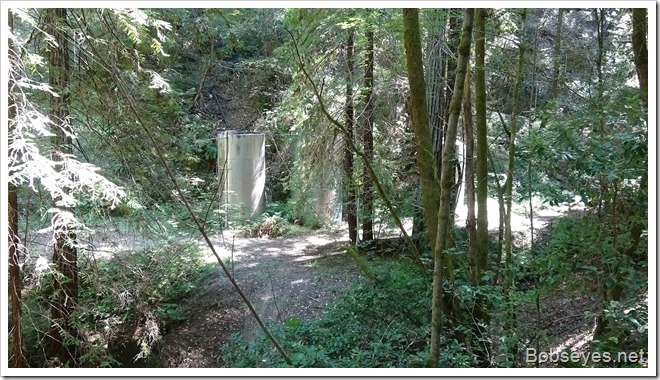 I could see the lead balls on the string indicated only about a quarter full so I better take it easy on the water for a few days to let it build back up. There’s lots of water right now so it should fill back up fast. 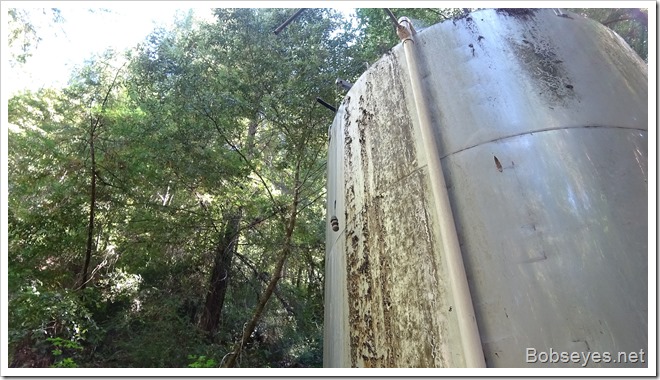 I made it to the quad and jumped back on it and drove down to my brother Tom’s garden or at least one of them. I was thinking there might be a ripe peach or nectarine to eat.

I went through his gate. 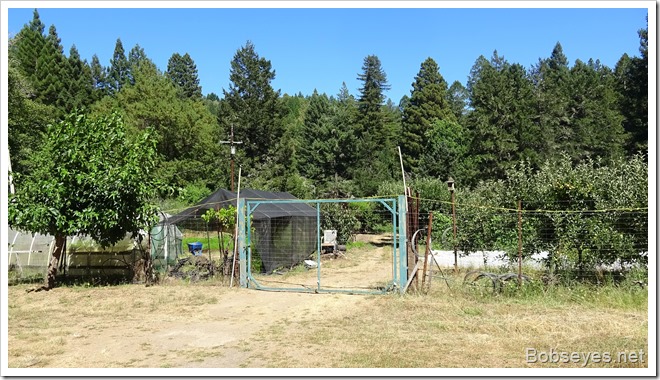 I looked in his hot house and saw all the young vegetable plants he’s started in there to plant in the garden when the time is right. 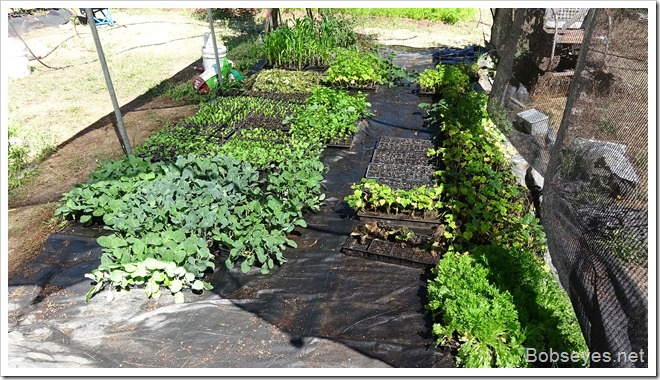 I headed to the fruit trees just up ahead there. 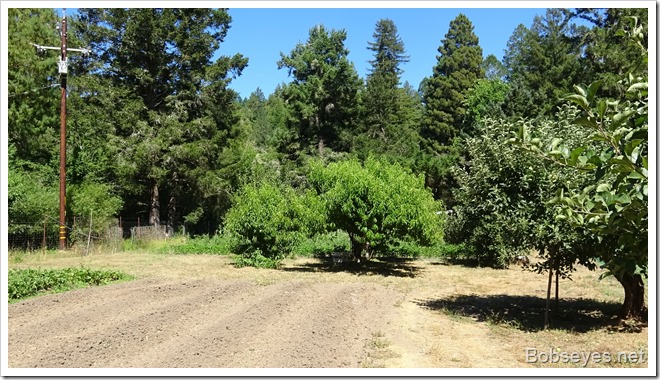 I forgot about the strawberry patch

There were some green peaches but nothing to eat. However I’d forgotten he had strawberries this year and here they are. 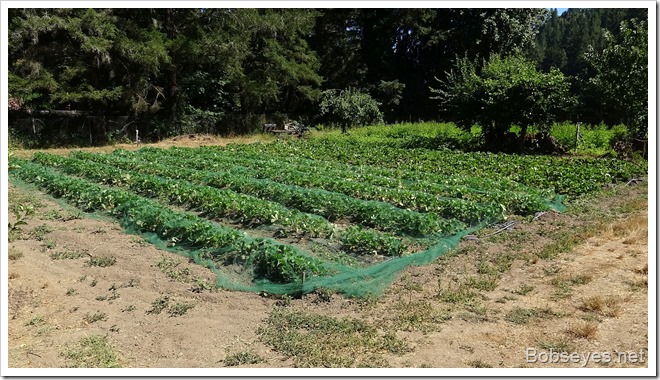 I was able to find enough ripe ones to eat and boy were they tasty.

I went on home for a rest and a nap.

Moving mulch to the raspberry patch

Yesterday when Tom moved some mulch to the raspberry patch he moved mostly green stuff as you can see here.  It’s likely ok but there’s a lot of pepperwood in there and it sure gets in my nose. I’m not sure if the green stuff will hurt the berries or not. I think not but am not sure. 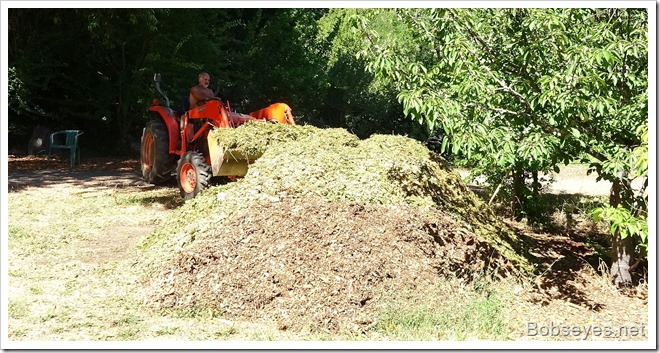 Unfortunately my brothers tractor isn’t around. I was able to move about 8 loads by dark.

Still need a bunch of woodchips

Here’s where I’m putting the woodchip mulch in the raspberry patch hopefully to improve the patch by getting the berry vines to spread out into the places between the rows. the new plants seem to like to spread out and grow up in the woodchips so that’s why I’m doing this. 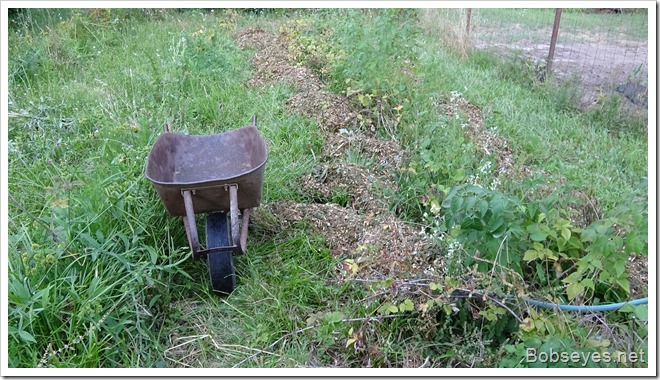 I moved mulch until dark and then called it a day.

And that was my day. Nice day.