Some Rainy Days and Taking Care of the Chicks

Wednesday was an off day. I got into some corn somewhere and that means I itch real bad and also can’t sleep so Wednesday was shot and it was raining hard all day anyway.

Taking care of the little guys

When I went out to take care of the chickens I found one of the little dark ones not doing too good as with the rain it was a bit cool. I picked it up and found it to be not much more than the size of an egg body wise and put it in the feed tray as I figured it was warmer. I thought a light might help heat things up so I got a light bulb working in there. You can see the wet chickens there that have been out in the rain. They can go out there if they want to and most of them do. 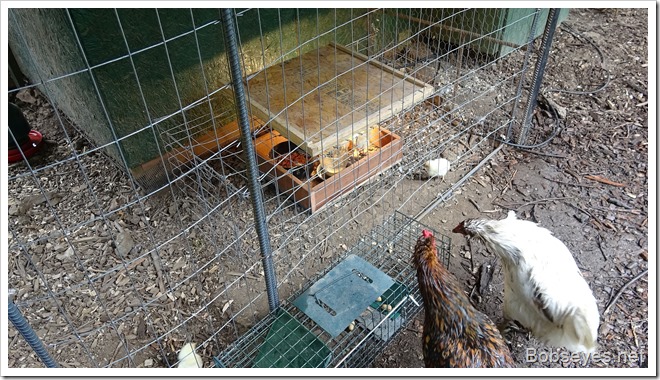 I found most of the little peeps  here by the water container. You can see I painted the container to keep out as much sunlight as possible so green stuff doesn’t grow so fast and left a strip to see the water level. 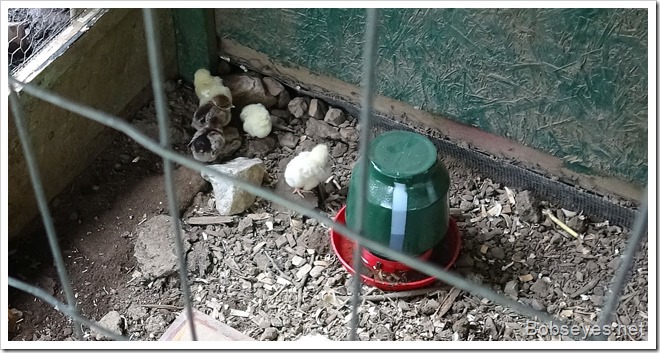 Heat box for the peeps

I added a cardboard box and moved the light to it and put a board on top to help retain the heat and put all the chicks I could catch into it. They marched right into the box and enjoyed the heat. 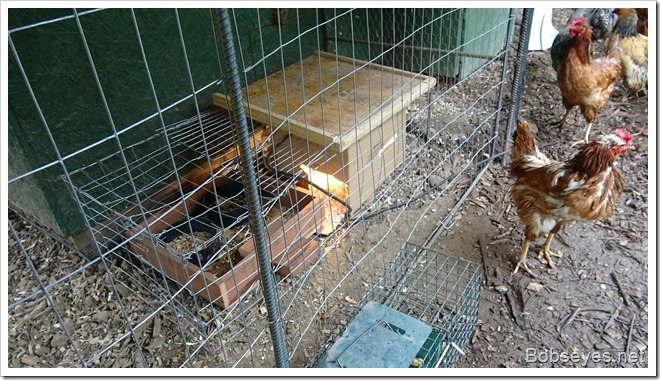 Since it was raining mostly I gave the chickens a bit of extra fed which they are gobbling up here during a loll in the rain. 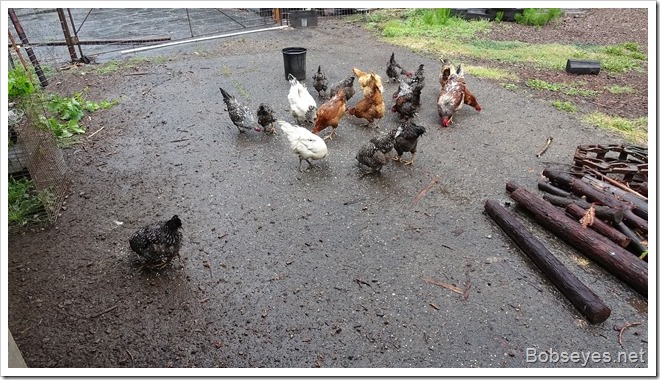 Nice to have heat in your home

The little peeps settled in and were in and out of the heated box. They’d run out and around for a bit then come back to warm up. The chicks aren’t shut in and can run around anywhere they want to go. They just run through the wire fence. The wire is to keep the larger chickens out as they go in and gobble the food in a frenzy. 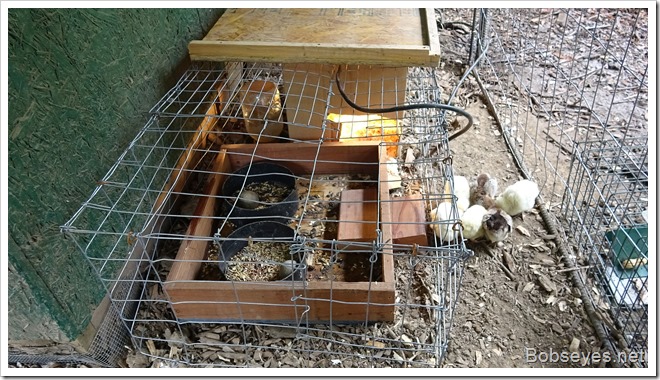 They just hop in the feed dishes and feed. I will have to put the top back on the feed tray tonight to keep the rats out of it. At that time I will put the little peeps back under the momma hen for the night. 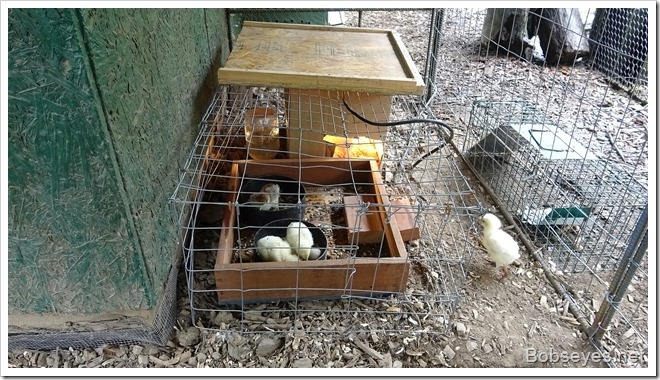 Sanctuary from the big guys

Momma hen seems to get along with the white birds well but the two little dark brahmas she pecks a lot. She’s not trying to kill them as she could real quick if she wanted to. Never the less she’s hard on them so they need a place to get away from her which this provides.

I do put the dark ones in with her at night and it seems to work out until day light.

I checked out the raspberry patch in the rain and they are starting to get ready to eat. Yummm. I’ll be in the raspberries soon. 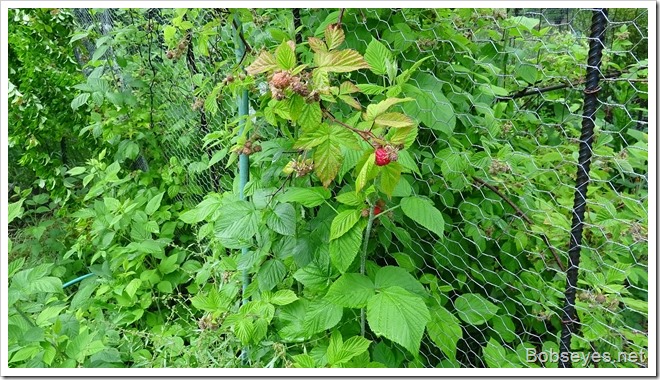 Carmelo the rooster just came in all wet from the rain. They go right out in it and don’t seem to mind unless it pours and makes a lot of noise then they come running in. So far Carmelo has been a very good rooster, not causing any trouble and not beating up the hens. 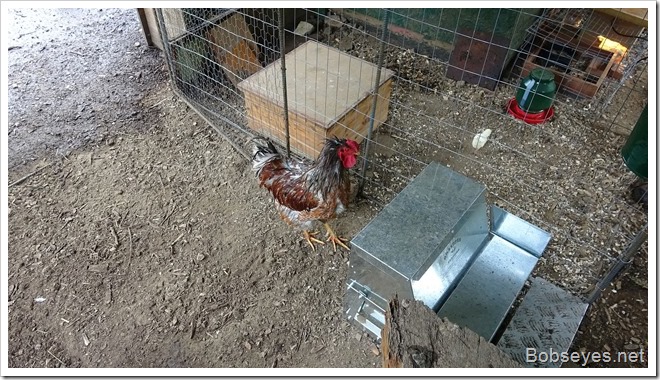 Needless to say I spent a good deal of time in the house today and had the wood stove going.