Some Rain and a Putt Putt Dirt Bike Ride

It was raining lightly when I got it going this morning. I went out and fed and watered the chickens and went back in the house to keep dry.

Just after noon most of the rain stopped with an occasional shower. I put my rain jacket on and jumped on my brother’s dirt bike to go for a ride. My back was still not doing well but I thought a putt, putt dirt bike ride would be better than just sitting around the house and hurting. Sometimes a bit of exercise is better than sitting around the house all day and hurting. The dirt bike’s battery also needed a charge so off I went.

I opened the main gate and rode on past these bee hives. 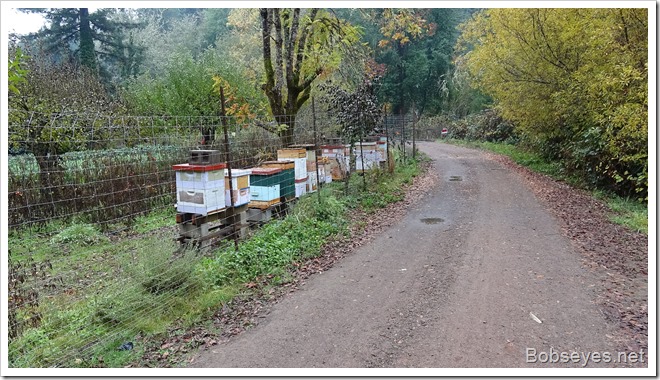 A putt, putt ride meant I’d just take it easy and stay on the easy roads so I headed to the top of the hill to the Guerneville overlook here. 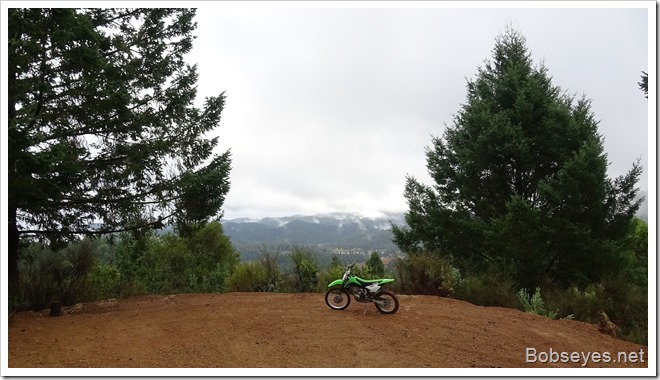 The rain clouds in the hills  make it look a bit like snow. 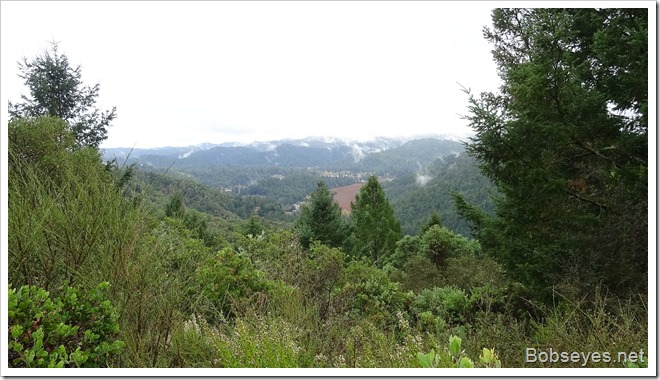 A few trees down

There were a  number of small trees down. Because of my bad back I just turned around and took another road. 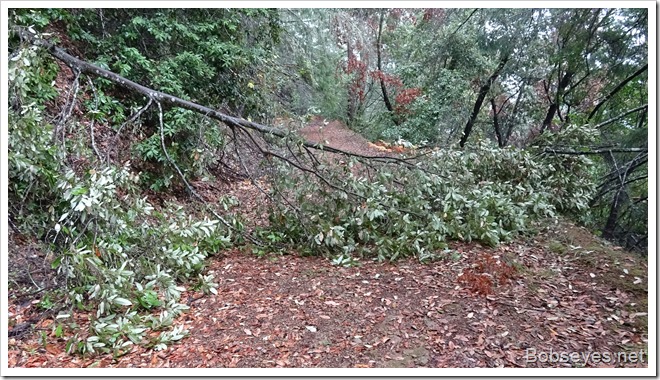 There were huge amounts of Tan Oak acorns on the round under the trees. 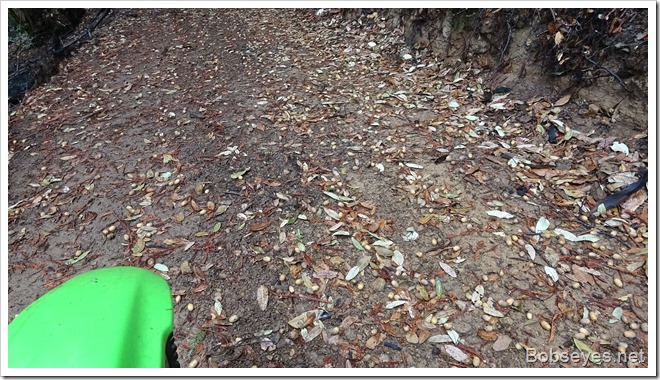 Lots of food for the wild critters to eat. This is a very heavy crop of nuts. 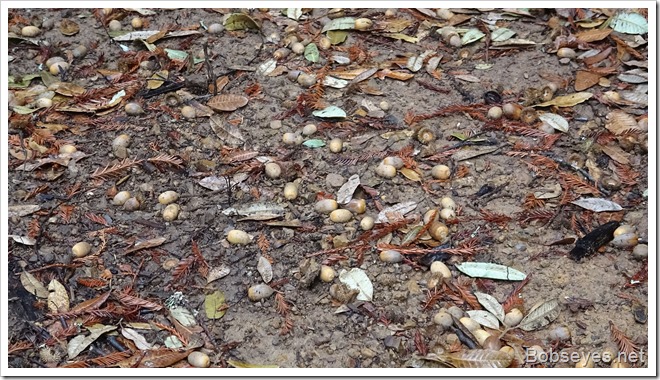 I think I was gone about an hour. When I got back home the chickens let me know they wanted out to range. 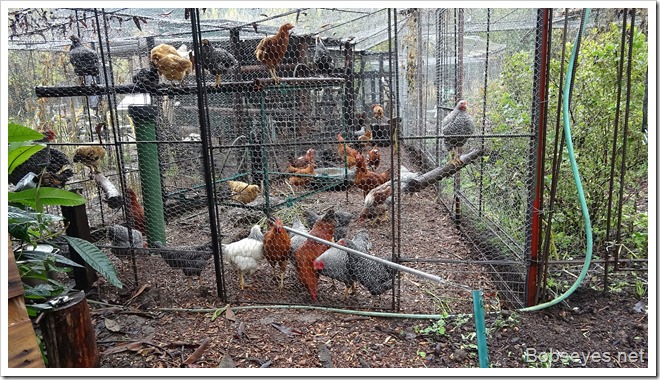 I waited another half hour before letting them out so it’d be closer to their roost time so they’d only be out for an hour or so.

Here’s some of them grazing the grasses. 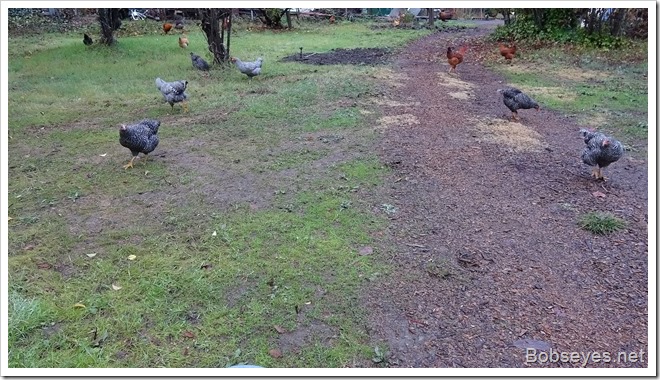 They seem to scatter out in the yard so they are a bit hard to keep an eye on. 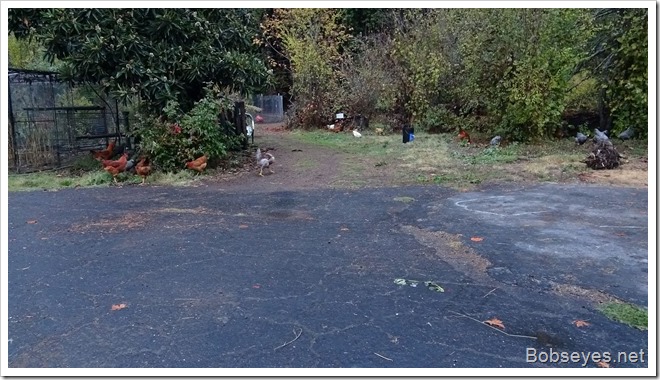 The young chicks are starting to mature so all the young roosters are starting to show their stuff. Here’s two of the males in a small fight.
Their neck feathers stand up to make them look bigger. So far they are mostly posturing without too much fighting. 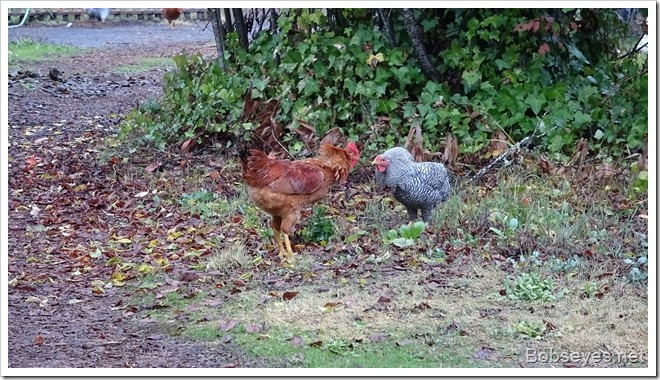 Right on time they marched back into their pen just before dark.

Fire in the wood stove

I decided to get a fire going in my wood stove so I packed in some wood and started up the wood stove and retired to the house.