Some Fog, So I Paddled Up to the Bridge and Back

Fogs trying to come in

The rain was over by the time I got it going today, so I drove on down to Jenner for a yak.

The fog was by the ocean trying to come in, but not quite making it.

As I paddled across the river and looked down towards the ocean, I could see a bit of fog. 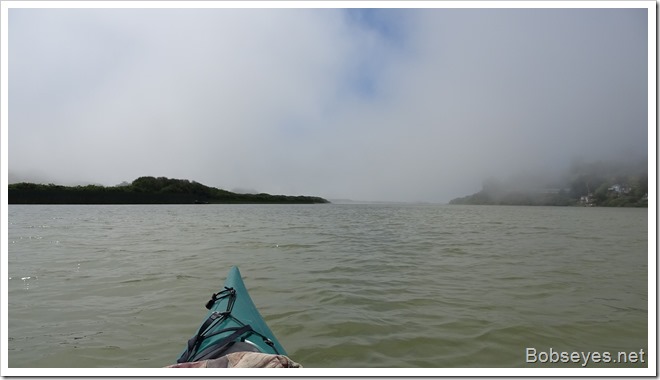 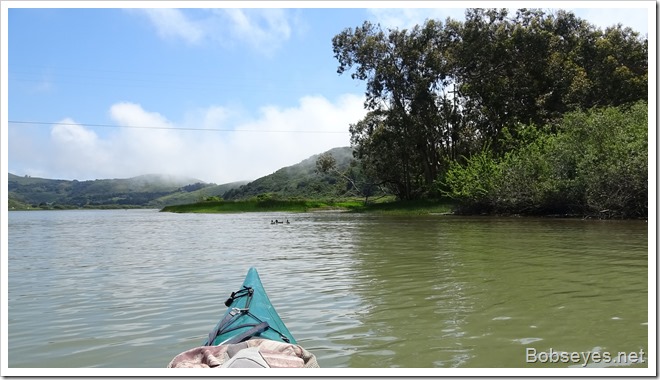 I pulled into this spot and sat in my boat here for a spell. 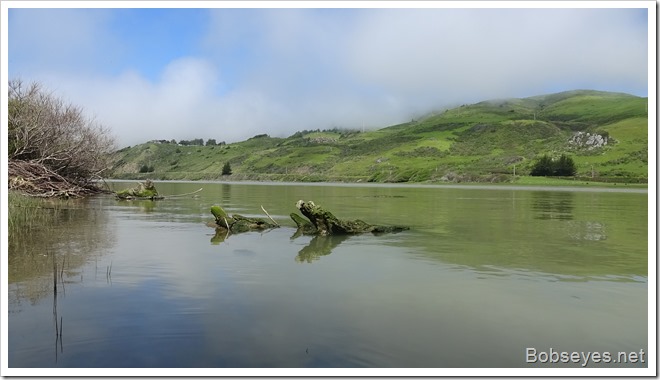 This hawk flew over and circled twice and flew on headed down river. 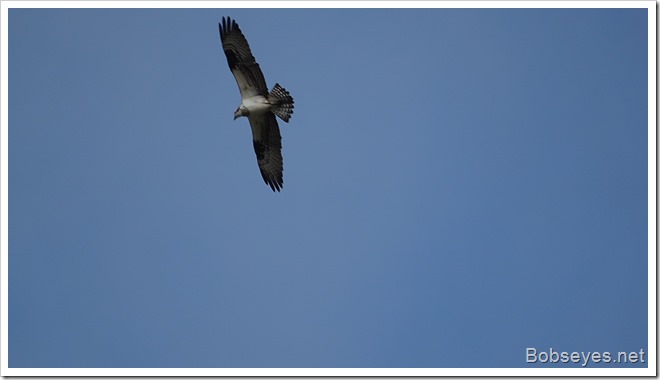 One of my seal buddies came by for a bit. 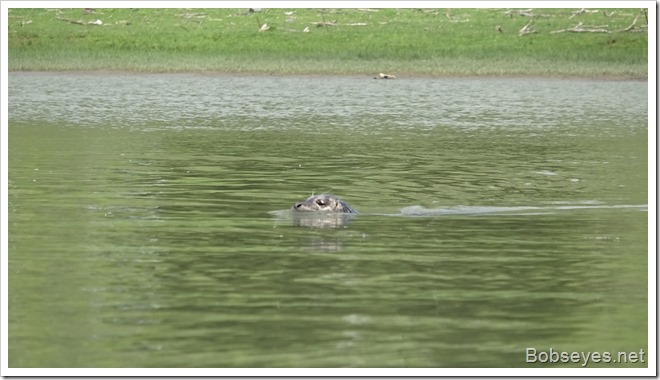 And across the river by Paddy’s rock was this mommy seal with her pup that looks like it’s only a day or so old. This is one of the seals that hangs in the river and not down with the rest of the pack by the river’s mouth. 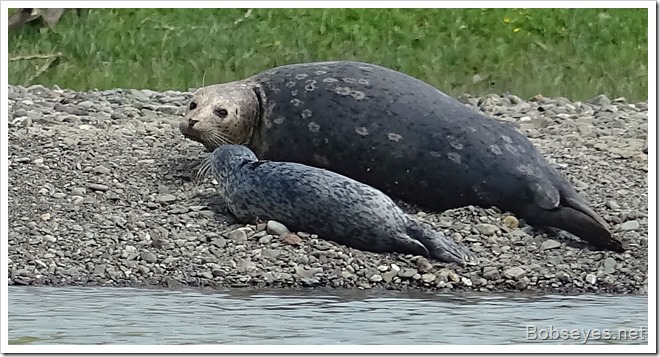 Osprey fishing is picking up

I saw an osprey fly over my head and land a bit up river from me so when I started paddling up river again, I was looking for it. It has a fish. The river water is starting to clear, so the surface water is clear enough for these birds to catch fish. They are one of the first things to start catching fish as the water clears from the winter rains. 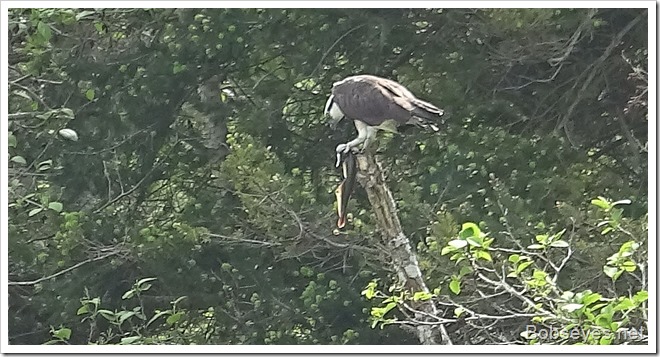 I continued working my way up the river towards the bridge which is about a mile and a half above the boat ramp where I started. 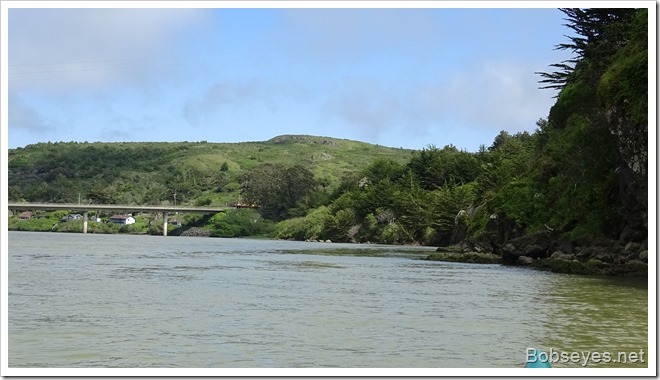 I stopped here for a bit by these old scrap boards from a real old lumber mill that used to be here. They look to me like they might be real good habitat for critters with all the spaces between them. 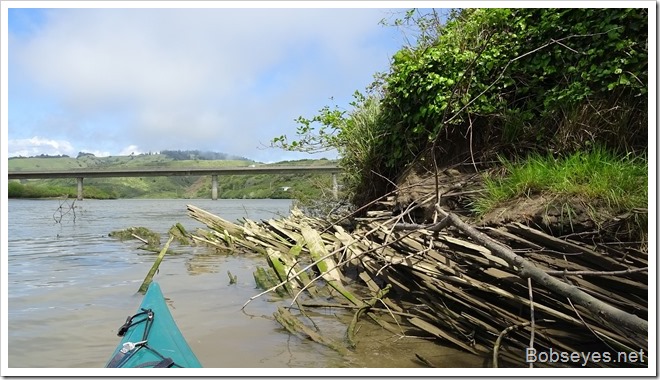 Hung out under the bridge

I made it up to the bridge and sat around under it for a bit as this was as far as I planned to go today. Those snow capped mountains in the background are just white clouds. 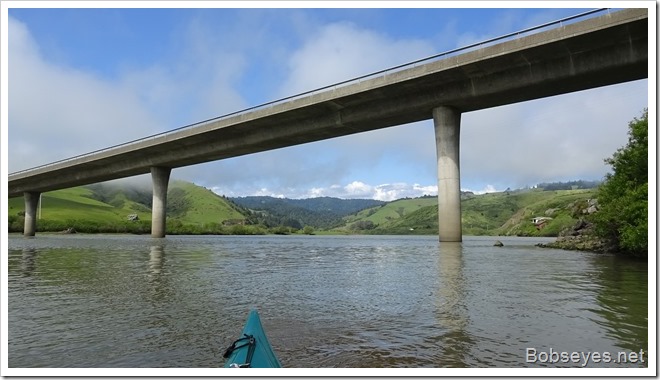 After sitting under the bridge for a bit, I crossed over to the other side of the river and started down looking for birds and critters along the edge as I went.

I went by some geese along the shore resting and keeping an eye on me as I passed. 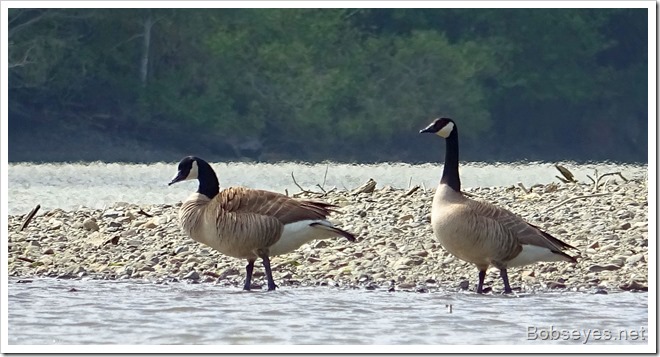 Here’s the rock they call Paddy’s rock and you can see the fog down over the town of Jenner where I’m headed. 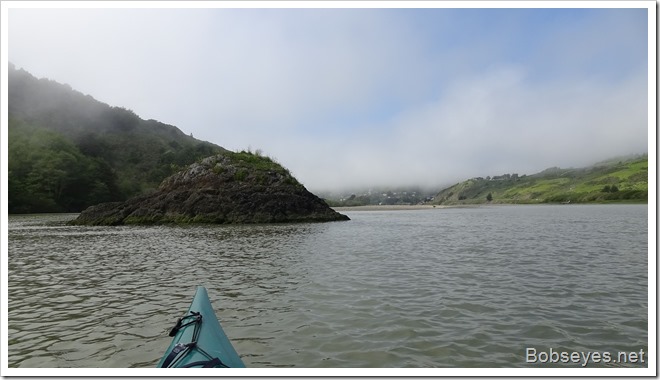 I went by another goose on the shoreline. At least this one didn’t honk at me. 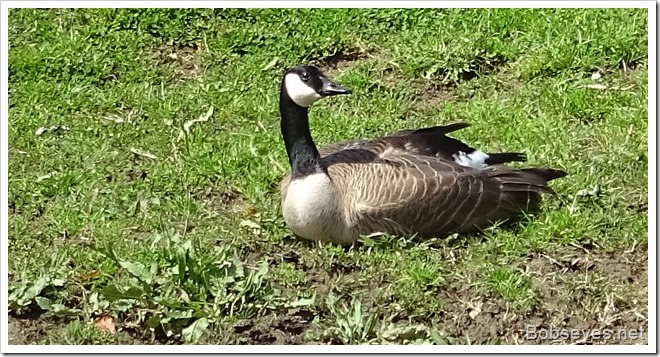 The fog didn’t move in while I was paddling and just hung over Jenner about the same as when I started off today.

Here I’m approaching the upper end of Penny island and then paddling off to the right to the boat ramp. 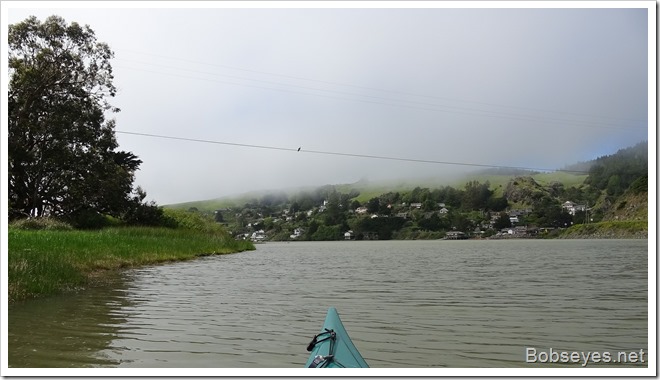 I slowly made my way over to the boat ramp and put the boat on the car and went on home for the day.

After getting something to eat and a short nap, I went out in the yard and transplanted a few strawberry plants into my garden enclosure and mostly just sat around enjoying the rest of the day until it cooled and I went inside.