Looked at the smoker cart

I’d like to get my smoker going but first I need to modify this cart to carry it. Originally I made the cart to mount the tank hormonally. Eventually I dumped the horizontal mode for a vertical smoker and the cart was useless. I made the square stand for it shown in the picture over the wheels. 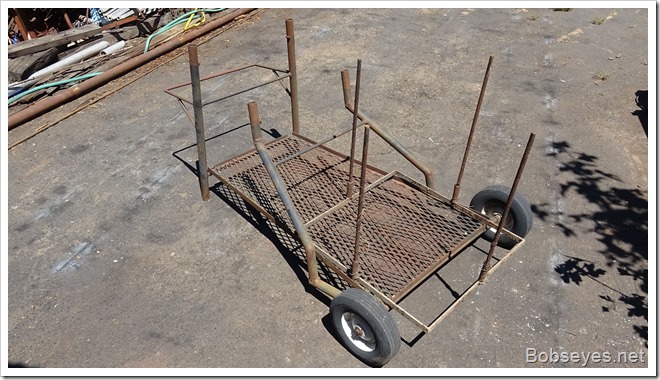 Wheels where stuck on

So I set it up and studied the problem. I had to get the wheels off which proved to be difficult as they were frozen on and wouldn’t come off without a big hammer and some oil and a lot of muscle and even some blood from a finger. But persistence pays off and after an hour or so I had the wheels off. I was pretty hot after that so nothing else got done on this project the rest of the day until just before dark.

Broke a door in the van

After a good rest I had a look at this door in the van that broke off on the last trip. I needed to take the hinge part off and glue it up. I did get the hinge part off later in the day. It’s just real light and thin board, cedar for closets is what it is. It’s all glued together to start with so no problem when it breaks I glue it together again. 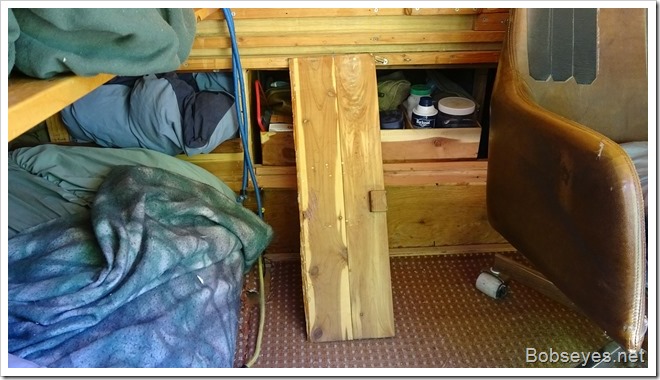 The porch was bare

The day was warming up in the sun so I drove a mile or so down the road to the Senior Center to see if there was any food left over, which I was told would be on the back porch and they’d throw it away if it was still there by Monday as everyone got what they needed by then.

But the porch was bare so someone else must be getting it so I’ll have to change my tactics.

Here’s me at the senior center and the bare porch. 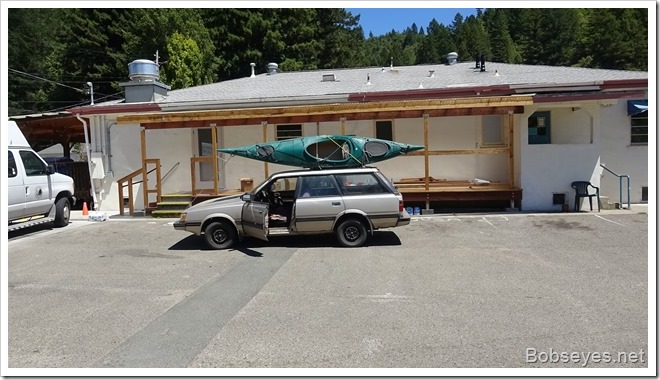 From there I drove down the road a bit to visit with Ray and Elaine and their new dog. We shot the bull for a bit then I went on home.

I don’t seem to have enough water hoses around the garden and chicken pens so I spent some time cutting  hoses too long down to smaller hoses. I did that mostly because I need to install another automatic water feeder for the chickens and I need a good short piece of hose for that. I have a hose for it, but didn’t get anything done on that, but I’m set up to do it now.

In the evening I dug up these potatoes. I’ll cook them in a pressure cooker with a lot of water so I have some soup material. Eating potatoes in soup helps them go down especially when you have to eat a lot of them.

Here they are ready to be cleaned up. 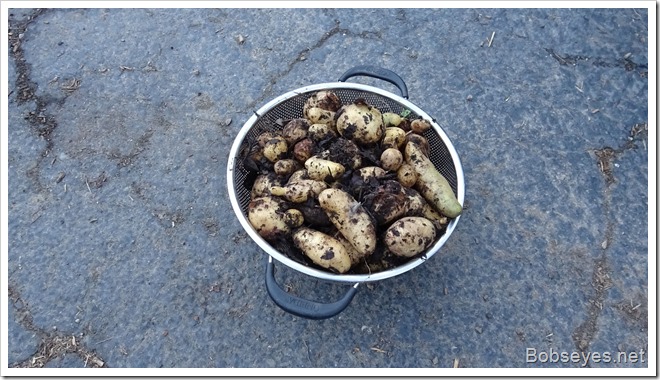 During the dig up process I came across a few big warms which I fed to the chickens.
They sure gobble them up.

I checked on he new chicks throughout the day to make sure they were doing ok and they were.

Here they are just before dark ready for bed. 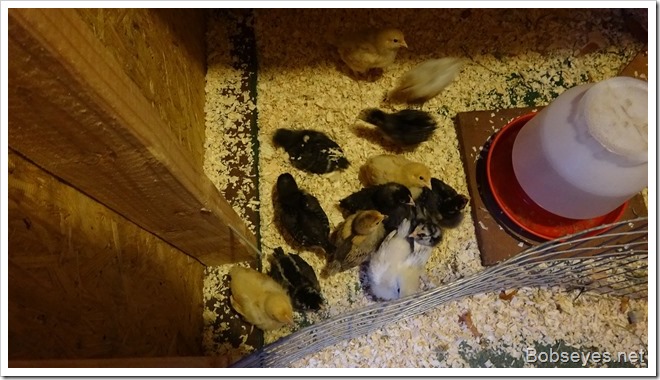 No heat for the chicks

I decided not to give them any heat in the day or at night as I felt they should be ok. I did check on them a couple times during the night to see how they were doing. Interesting enough they were not all cuddled up to keep warm, but spread out which I didn’t expect as I’ve heard they are supposed to be kept at 90 degrees F. for the first week. So that seems like bunk as they did just fine.

Ran the saw a bit

Just before dark I was putting my tools away on the smoker cart project and decided to do a little on it. I sawed off some of the stuff I need to get rid of so that’s coming along. 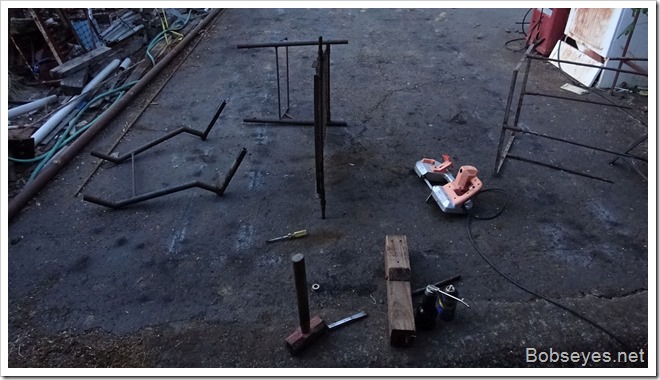 That pretty much wrapped up the day for another good one.