Sitting Up and Getting the Chicken Plucker Ready For Action

I got the dolly and moved the new plucker to the back where I do the chicken butchering. I spent an hour or so removing the rest of the plastic sheeting that was protecting the stainless steel. It came off rather hard but I kept at it on and off until it was all off. 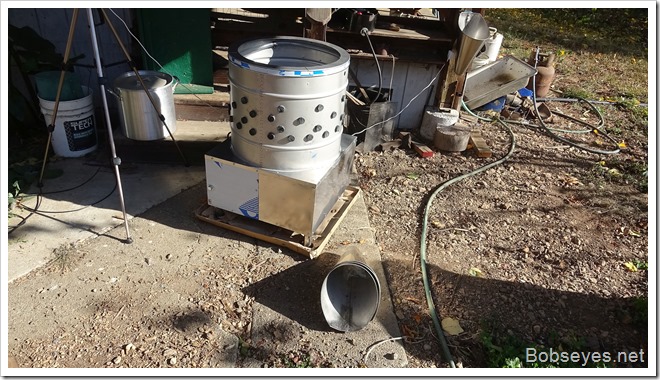 I had to put the wheels on but  when I went to do that I found two of the legs were a bit bent so I got a big pipe to go over the legs and bent them back below. 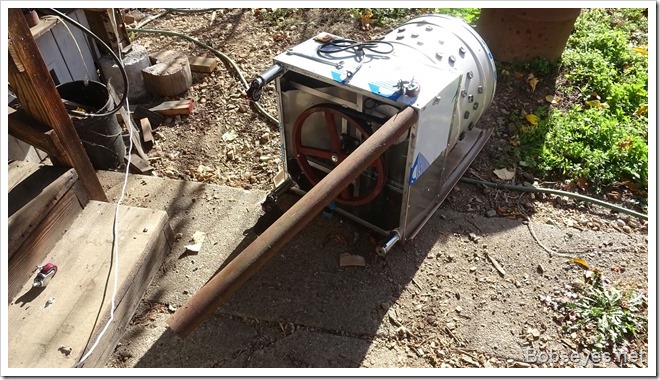 While I I had the unit tipped over I spotted two grease fittings so I thought it prudent to grease them up.

Well I found both grease fittings loose, one was almost ready to fall out. I tightened them both up and found a grease gun to grease them up.

While I was doing that I found all the sheet metal screws were stripped out or maybe they were just the wrong size screws. There were only a few of them holding on an inspection cover over the motor so no worry. The rest of the unit was pop riveted so all was good. The unit appeared to be made out of good materials but the workmanship was a bit shabby.

But hey, it’s just a chicken plucker and I think it will do a good job.

Ready for some chickens

I finally got all the plastic protective sheeting off and the wheels on it now it’s ready to go, I think. 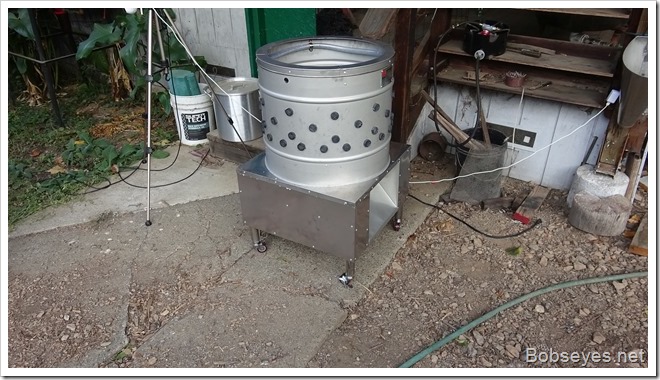 I still need to get some more of the killing cones mounted and then I think I’m ready to go.

Other than that I didn’t get much done today, some watering and some chair hopping and the day was about done. I’m not really sure what happened to the day, sometimes they just go, eh.