Sitting Around Making My Own Rain

I needed some rain to help wash the chicken manure into the ground that I put under some fruit trees awhile back. But no rain is in the forecast so I got the sprinklers going to  make my own rain. 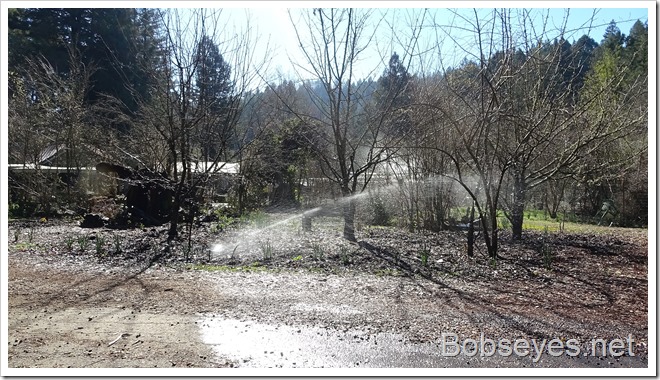 Spring is coming on fast and the fruit trees are getting ready to bud out and flower soon and I’d like to have some of the manure nutrients in the ground for them to use  so they do well.

I’ve also been using a lot of woodchips for mulch which uses up a lot of nitrogen during it’s decay so I needed to get some fertilizer on that too.

And my blueberry and strawberry enclosure needed some fertilizer too so I turned that water on too. 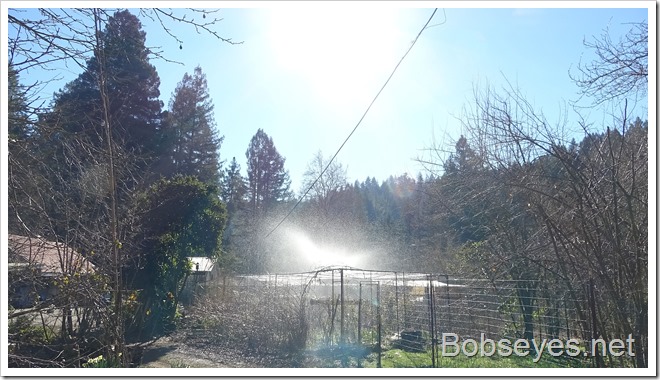 I thought the water looked good in the sun. 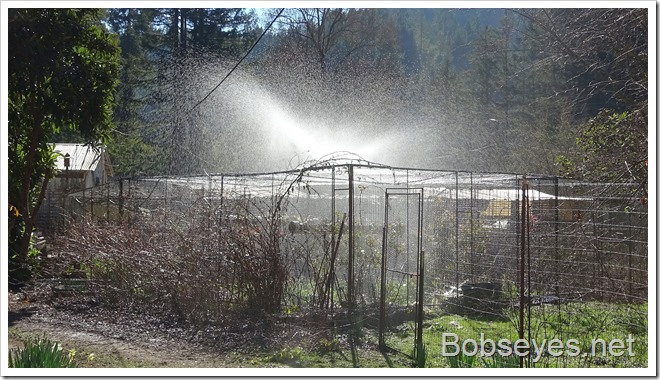 While I was sitting there I heard the mail truck go by so I went out to get my mail as I was expecting a new mic for my video camera which arrived. It’s a lapel mic and I hope it improves the video sound. I’ll test it out next time I’m out on the water in my yak.

Later in the afternoon I decided I needed to get some exercise as I was feeling lazy just sitting around enjoying the yard.

I had some rocks to move up on a trail in the forest so I grabbed a couple of buckets and rode the quad on up to the waterfall where the rocks were on the trail.

I needed to remove all these rocks off the trail and put them into the water crossing at the waterfall where they’d do some good making it easier to cross there. 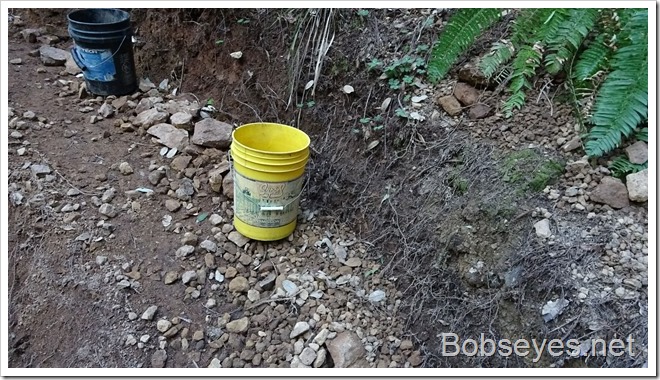 This was the largest one I had to move and could of used a few more this size.

After picking up the larger rocks I used the shovel to get the rest of them into the buckets only filling them up half way so I could carry them. 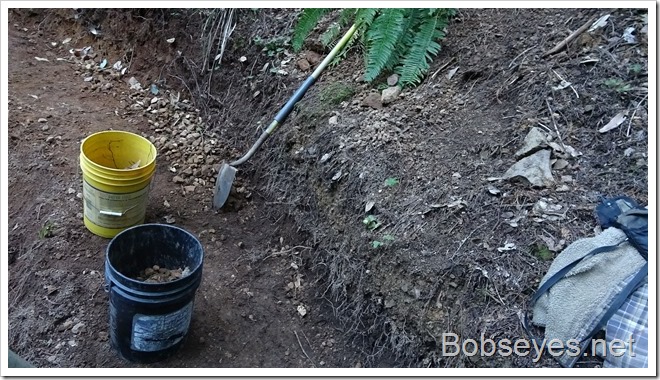 It wasn’t long before I had all those rocks moved off the trail and of course I had to take a few breaks during the process. 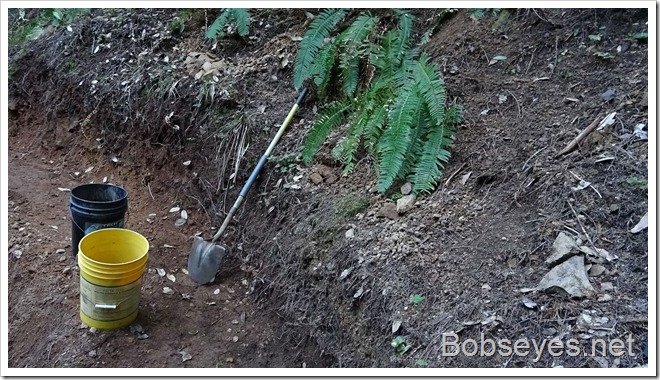 This is my break area and were I sat for a bit after getting the work done, just enjoying the day. 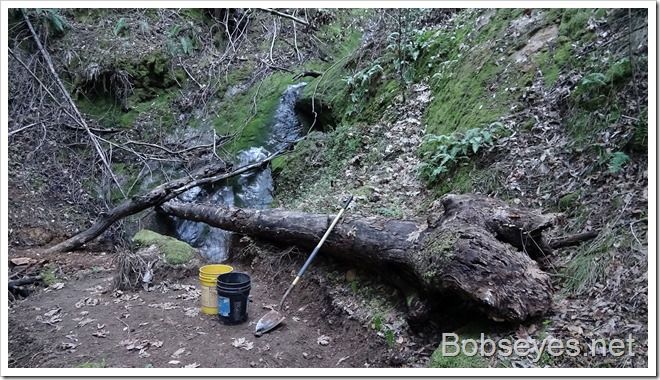 Eventually it was time to get on home so I left the waterfall and got on my quad runner.

Looking back at the falls which could use some rain. 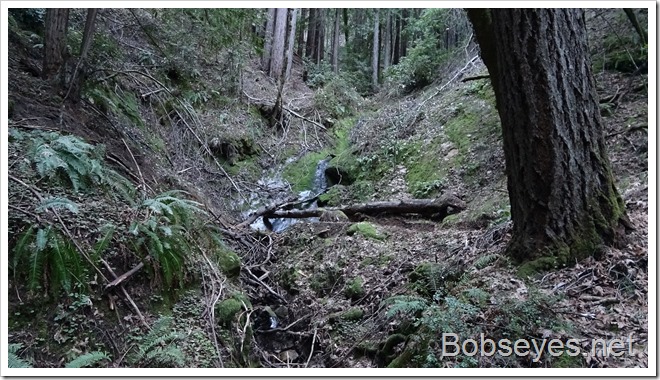 I rode on down the trail thinking I’d practice with my drone for a bit as I was going through here almost home. 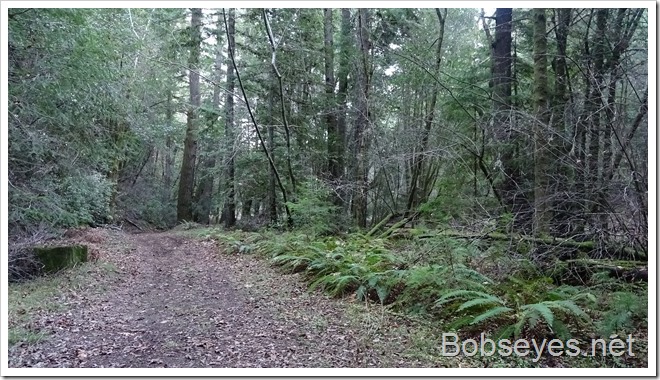 But when I got home I just couldn’t get it going so sat around for a bit then went on in the house.

(Visited 113 times, 1 visits today)
This entry was posted in Uncategorized and tagged kyard fertilizing, trail work in the forest. Bookmark the permalink.

1 Response to Sitting Around Making My Own Rain