I’m back working on the van. I need to make a bracket for the new electric radiator fan I want to install on the front of the radiator to help out the van’s engine cooling as it’s been getting a bit hot once in awhile.

I got out all the work stuff and got started. 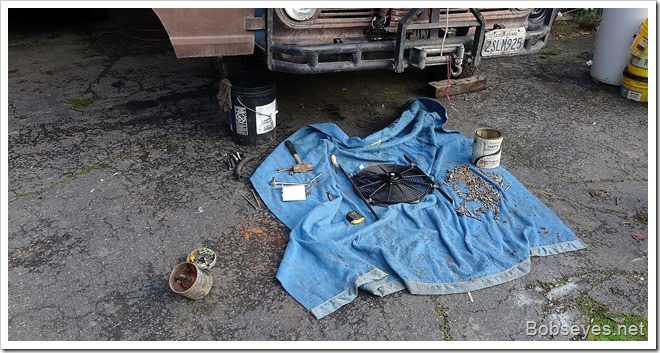 My electric which hasn’t been working for years and it was just never on a high enough priority to fix it as I just never use the thing, but  you never know.

So as long as I was under there working on stuff I decided to pull off the winch motor to have a look at it as I was pretty sure the problem was in the motor. I unhooked the electric cables and took off the two bolts that held the motor on and here is the motor opened up. It doesn’t look good at all. 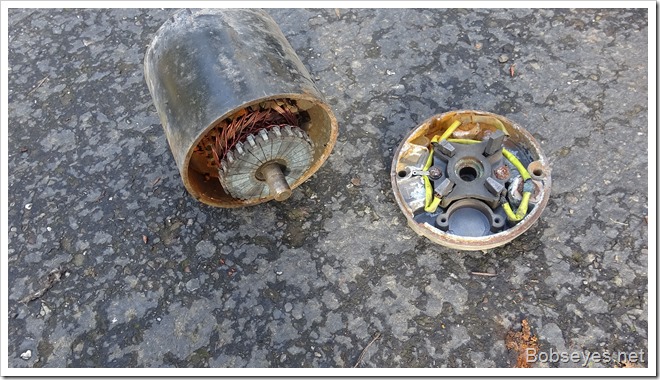 Here’s where the brushes work and it’s a bit burnt but I could fix that with some sand paper…………….. But. 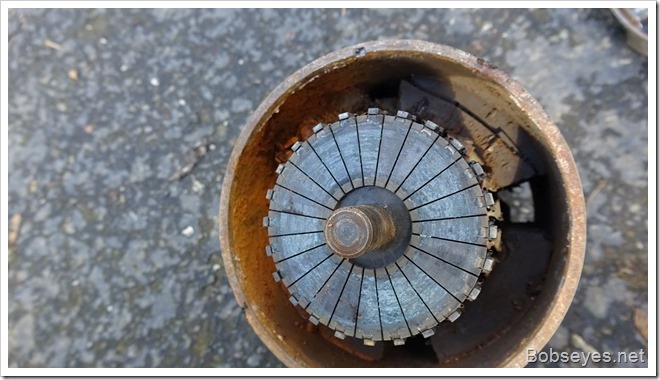 Turning the motor over and looking at the other end there’s some rust damage which likely could be repaired……………………..But. See that crack in the block magnet on the bottom side. 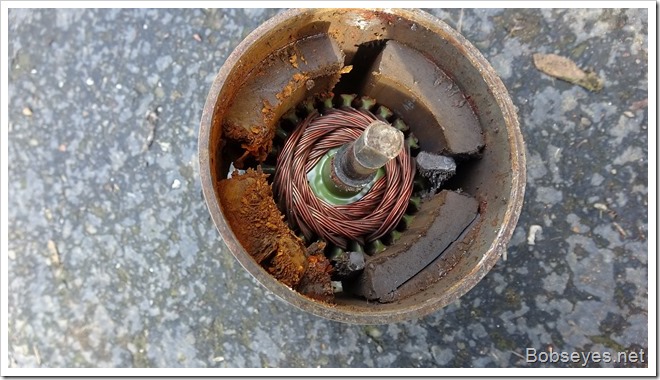 I can’t fix that so this is no good and I’ll have to see about getting a new motor for the winch. I put that aside for now.

I started work on the new fan bracket. It’s a tight fix and I dropped the plastic fan once early on and broke one of the plastic ears in two. I got out the epoxy and put a couple coats of glue on it which should hold, I hope.

Here’s the start of a metal bracket I’m constructing. I started with these two pieces so I could figure out how to make the rest of it. I had to make and remake this several times to get it right as there’s not much room were it is mounted. 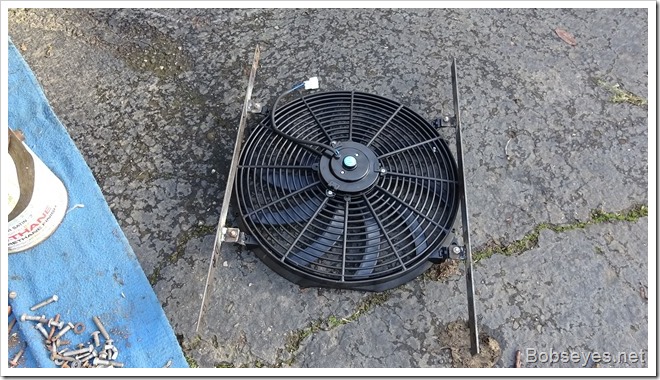 I kept at it and added some braces and welded things up. 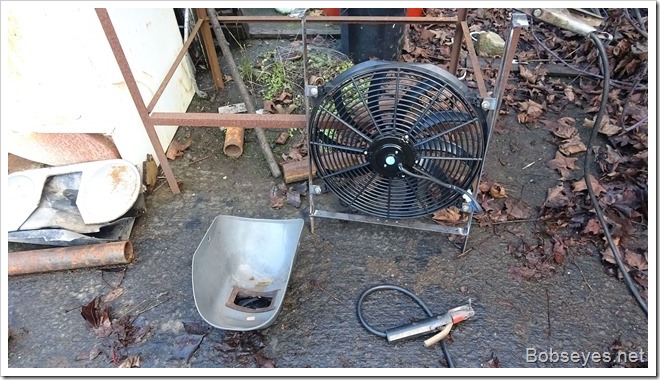 By the end of the day I had a fan bracket that should work. I still need to a make another piece for it. 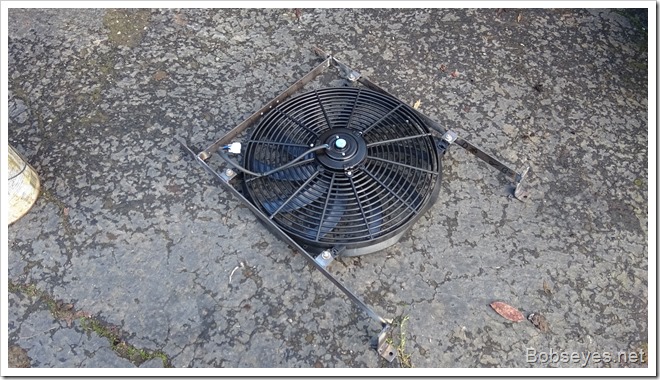 Here’s the bracket I made for the fan. It needs some paint and this part is ready to go, but not today as it’s over. 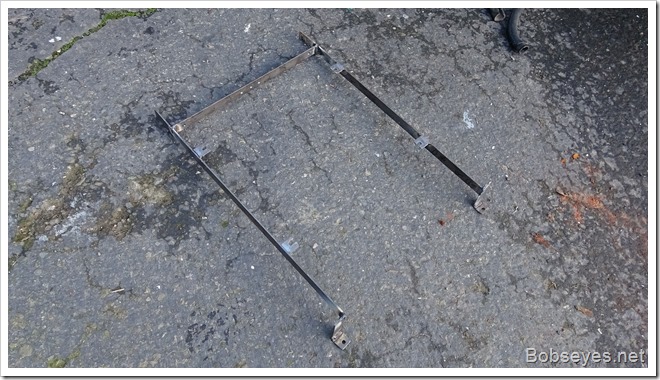 I sat around for a bit just before dark and then went on in for the day.

I’m slowly getting the van work done, one piece at a time.

Nice day, except for that bad winch motor, but at least I know what’s wrong with the winch now.