Started off with shopping

Once I got it going I was off to do some shopping in the Santa Rosa area.

But first I stopped at the bank to get some cash.

New phone but no potatoes

My home phone has been acting weird and the number buttons were so small I could hardly see them to make a call so I bought a new one at Walmart.

I then went to Costco. One of the things I usually get is a big bag of big russet potatoes, but no more. They’ve changed to smaller organic potatoes and the guy said they won’t have any more big russets. Darn.

I wonder if they really thought this out. It’s going to be hard for people who like baked potatoes to get into the smaller organic ones. I hope they get the big russets back as I consume about one a day, sometimes two, so we’ll see.

Looking for a new floor jack

I needed a new floor jack as my old one won’t stay up anymore. I looked at several stores then went to Harbor Freight and bought this one. A bit better than my old one. 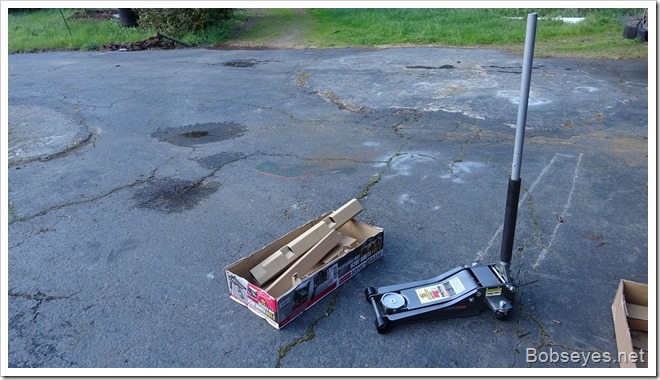 I needed the jack to jack up my car up to find where I had a rather noisy exhaust leak. It turned out my exhaust pipe that comes off the engine was missing one of the bolts and the other one was loose. I seem to remember these were mostly stripped out when I had to unbolt the pipe last  year to install a new Oxygen sensor. I knew they weren’t very good, but I tightened them as best I could and had forgotten about them. Things come back to get you.

I was able to find the right metric bolt in my bolt supplies so I installed that and tightened the other one as best I could.

Here’s the new jack in use. 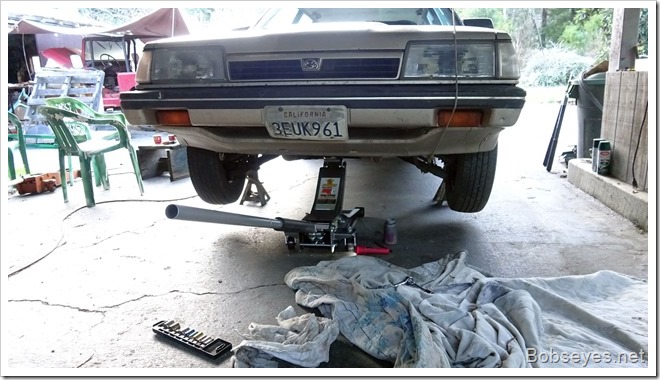 I tested the car for noise and all was good.

The next thing I needed to do was grease the van which I like to do before going on a long trip. That got done once I put a new tube of grease in the gun which I also bought today.

I did that and while I was under there greasing away, I noticed some oil running down the back of the engine. Oh, oh.

I got some light on the subject and it looked like my valve covers were a bit on the loose side so I tightened them up and hope that fixes that.

My emergency brake on the van also needed to be adjusted so I got the tools and got under there and tightened the cable up.

Checked the oil which was ok and added some more coolant to the radiator now that I’ve hopefully stopped the hose leaks at the new added cooling unit.

I just need to add water, food and clothes and the van will be ready roll.

By the time I was finished the sun had gone down and it was getting rather cool out so that was it for me today.