Today was to be a shopping day so I got it together and headed over to the Santa Rosa area where all the big stores are.

On the way I drove on in to the Matos cheese factory. Today the granddaughter was at the shop. Her name is Tiffany and we had a nice chat about what they make their cheese with. It’s the first time I met her, a nice young lady.

Here’s the view as I drove into their driveway. 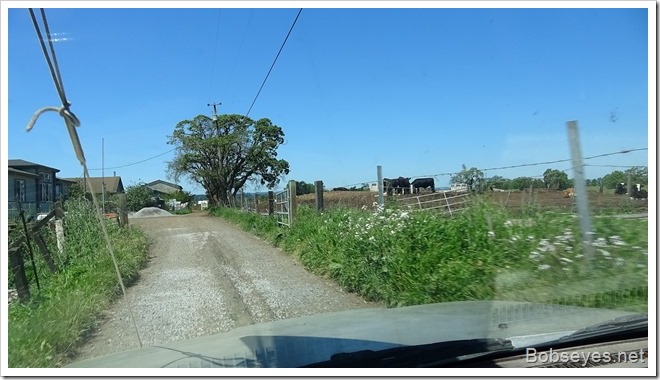 The cheese factory is all the way in the back just up ahead. 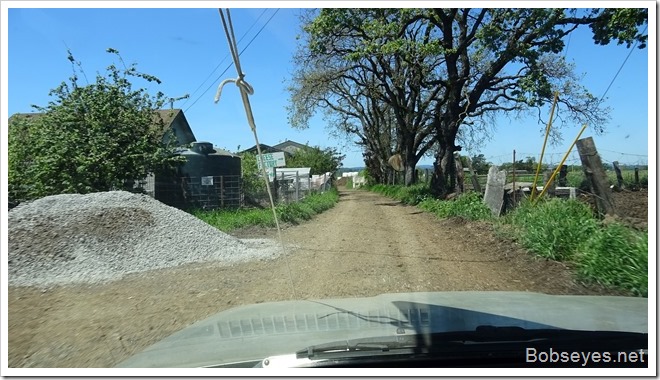 I paid for three pounds of cheese wrapped individually so I can use one at a time. I tend to be a pig when it comes to cheese so if I only take one pound out at at time it lasts longer. I’ve also found their cheese is best at room temperature so I take some out and leave it on the counter and cut off little pieces throughout the day.

I got an extra pound to share with Marty as I was going over to visit with him later after shopping.

I had one more stop and that was at Home Depot. But when I went in the store to look at the electrical panels they didn’t have any mounted on the wall like they use to so I just picked up some metal cut off supplies and went over to Freeman’s Hardware where I knew they’d have electrical panels on the wall so I could find what I wanted. They also tend to  hire retired electrical guys so they can answer electrical questions which is always helpful.

I found what I wanted and picked up all the circuit breakers for the box that I think I need.

From there I went over to visit with Patti and Marty as I hadn’t seen them in awhile and I wanted to see how  Marty’s back was doing.

I also brought one of  my PTZ wireless camera’s I was going to demo it on his computer.

I brought in a pound of cheese and shared it too. Yummmm. I think Marty is headed for the cheese factory. :O)

Well tried as I might we just couldn’t get that camera to go no matter what and we tried for quite some time until I cried uncle and gave up for now. I think there was some kind of problem in his old computer that was causing the problem because when I got back home I set it up again with no problem.

Marty’s back I slowly improving but is still not so good.

Oyster shells on the way home

I left there about 5 and headed on home stopping at the feed store where I purchased 50 pounds of oyster shells for  my chickens which helps them make egg shells.

I was pretty beat when I got home so a nap was in order.

Not feeding he chickens

After that I went out and unloaded the car and checked on the chickens which were doing just fine. I didn’t feed them today as I’m trying to get them to eat more from the yard instead of all the bought seed. There’s plenty in the yard right now.

That was pretty  much my day for a nice one.

1 Response to Shopping, Matos Cheese Factory and a Visit