Shopping For Auto Parts and Cheese and Crackers

I’d talked with my favorite parts lady at Smoother’s Auto Parts yesterday so today I needed to go get the parts which were in Santa Rosa where there is lots of traffic.

I headed out around noon along this road and came up on some tree trimming. I hit the flagman just right and passed right on through. 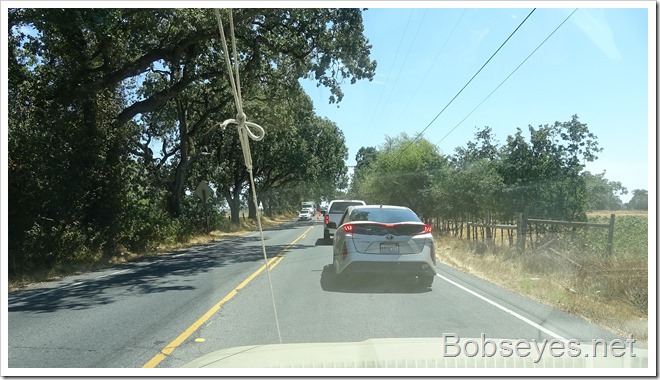 It wasn’t far to the Cheese Factory where I wanted to get a couple pounds of their cheese.

I drove down their driveway noting another car was there first in front of me. 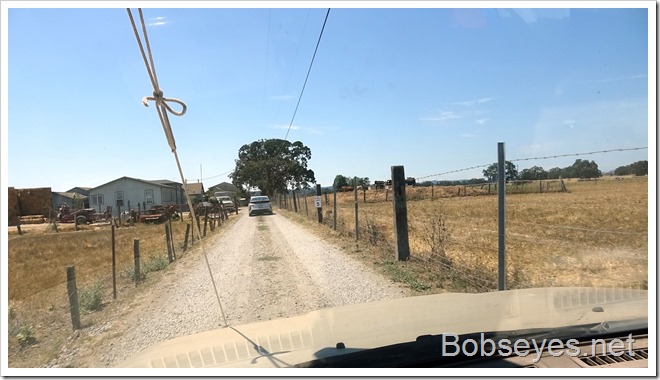 So while the people in the first car were getting their cheese I looked around the farm a bit. They have a small herd of cows, just enough to make their cheeses. 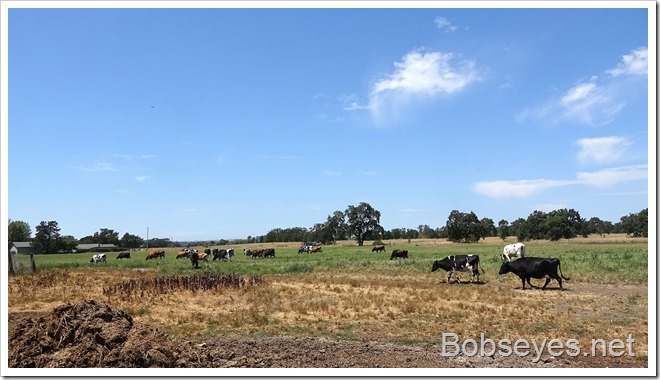 I also checked out their meat cattle over in this pen. I’m eating one of them now as I bought a quarter of one of them about a month ago. 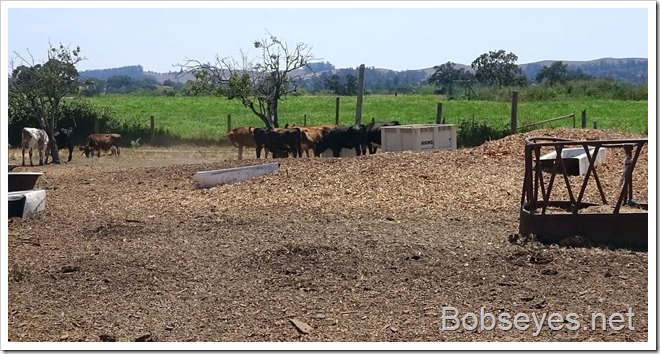 Cheese and no crackers

The other people left so I went in the cheese store and bought a couple pounds of cheese, opening one of them as I entered my car for a bit of a snack. Now if I only had some crackers.

On the way out these two geese weren’t going to let me pass, so I approached slowly and they reluctantly got out of the way with some honks while I nibbled my cheese. 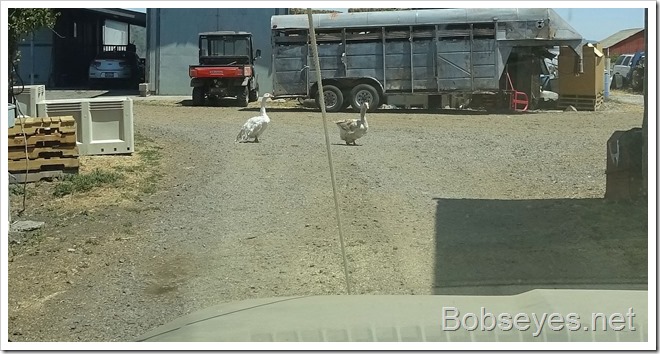 I headed to the auto parts place after that. Cindy looked things up in her books and then disappeared back in the stock room so I took a picture. 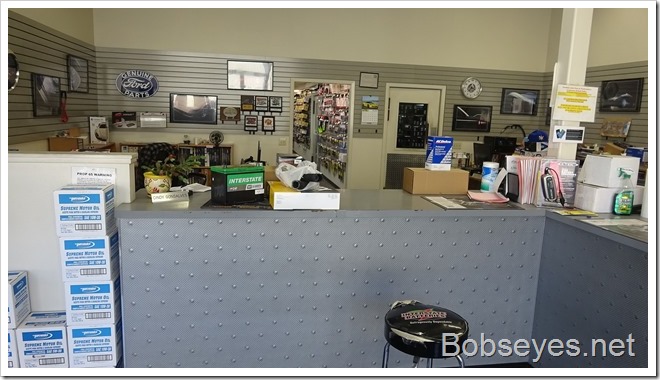 Now this isn’t the normal parts people that most of the public sees, but here’s where the best parts people take care of the wholesale part of their business. I met Cindy when I put the V8 engine in my van and she really  helped me out as she knows her older parts better than the younger parts guys of today. She’s nice enough to help me out even though I’m not a wholesale customer. If she can’t find a part in the warehouse she looks at her books or talks with someone else until she comes out with what’s needed. Because of her good work I was able to leave with everything on my list. Thanks Cindy.

While she was hunting for my parts I went into the store to hunt up some electrical wire I’ll need to rewire the engine. 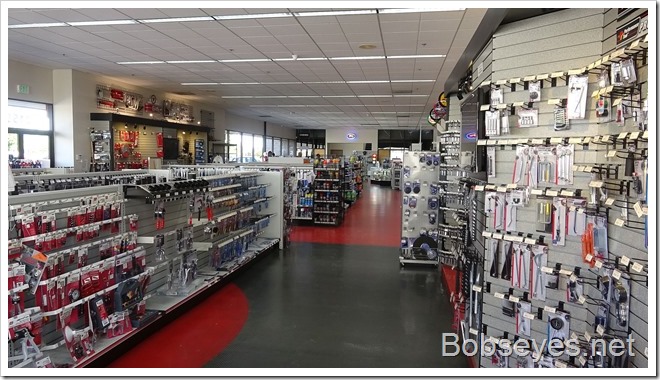 Cindy boxed my stuff up and I paid and headed across the street to Costco. I needed some stuff, especially some crackers to go with my cheese. :O)

I had those crackers opened up before I got in my car. A little crackers and cheese as I headed for home.

That took most of the day so I  hit some five o’clock traffic but it got better the further I got away from the city.

I unloaded my car and put the parts inside my van. With all these parts I can now work on the burnt van some more. I may have almost everything I need now to fix it up and get it running again. 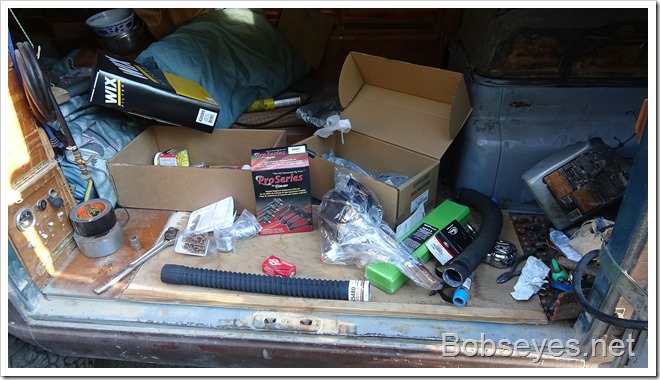 A trip to the city shopping always wears me out so I napped a bit then went out to check on the chickens and do some chair hopping until it started to get dark.

2 Responses to Shopping For Auto Parts and Cheese and Crackers