Some shopping needs to be done

I decided I needed some alfalfa seeds to plant for my chickens so the quickest place to get some was the local health food store as they sell seeds to make sprouts.

During coffee making this  morning my propane tank also ran out so I put that in the car and a gas can too for the mower. I hit the local Safeway first, then walked over to the health food store for my seeds. They had red clover seeds too so I paid for some of those too.

Next over to get the gas can filled up and then up to Barker’s Pet store to talk with the lady about getting some chicken type food a bit later.

Next I drove the short distance to the hardware store for propane and then over to the tire shop to get a new tire price. He got busy while I was there so I said I’d give him a call in the afternoon, but I forgot to call and was doing a nap at that time.

Anyway I got all the stuff I needed and drove on home and checked on the chickens and they were doing fine.

I needed to continue to prep the van for my desert trip. It was pretty disorganized in the back after the last trip. So I opened the back doors and started putting stuff away and seeing what I needed for the trip.

At least I got a start on it, here’s what it looked like when I opened the doors. 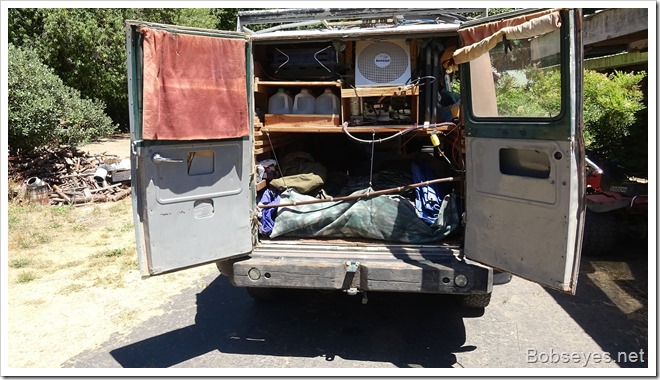 Planting the seeds for the chickens

I wanted to get this growing pen dug up so I could plant the seeds right away as they will take some time to grow big enough to let the chickens in there to eat.

So I got the shovel and started turning over the soil. It get’s watered daily so isn’t too hard to dig. I have about half of it turned over once. It will need one more turning before I will plant the seed in it. 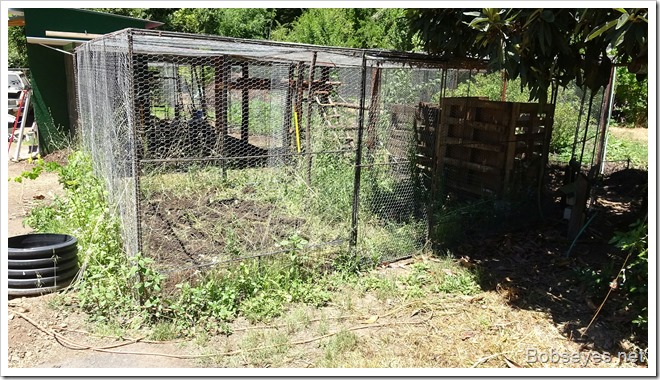 Here’s what it looks like as I work turning over the soil. 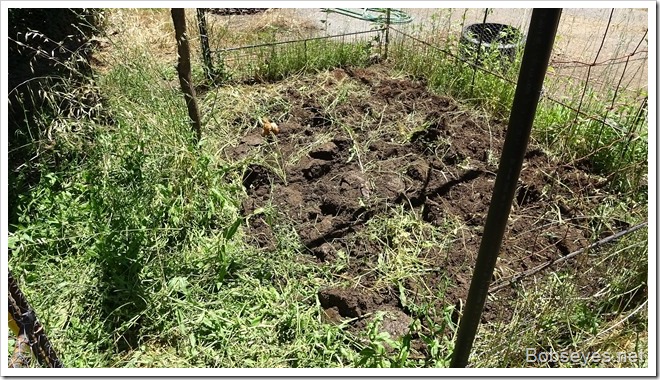 Peeps help me out

The chicks didn’t waste much time before they saw me and came on in in force. They got right up to the shovel as I was turning it so I had to move carefully, but actually they seemed to know where not to be and can move pretty fast. They need to be close to the shovel to get worms as the worms try to get back in the soil quickly. They actually do a good job of cleaning up bugs so they were really helping me out. 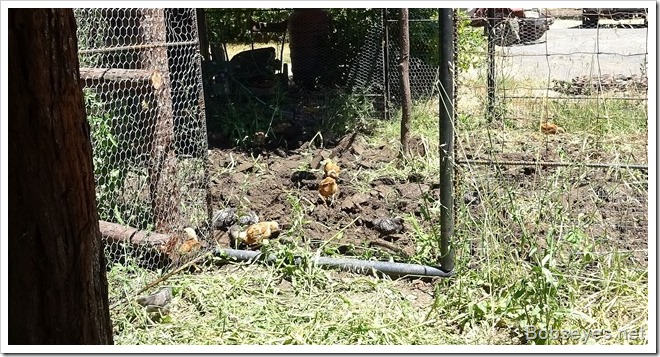 Even after I stopped for a break they kept hunting around for things to eat and seemed to be finding a lot of stuff to eat. 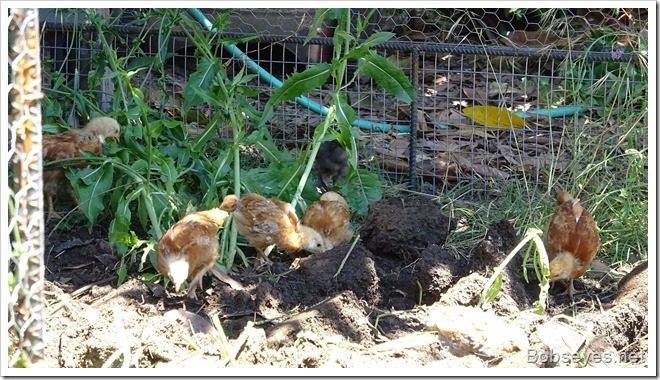 Needed a break after the first turn over

After a good break and something to eat I turned it all over again to break it up for planting.

Had to kick the peeps out

Eventually I  had to kick the peeps out so I could plant the seed as I didn’t want them eating it just yet as they need to wait unit it grows up a bit.

These guys just got kicked out of the area I wanted to plant and would like to get back in. Eventually they went off in the other direction to do what chicks do. 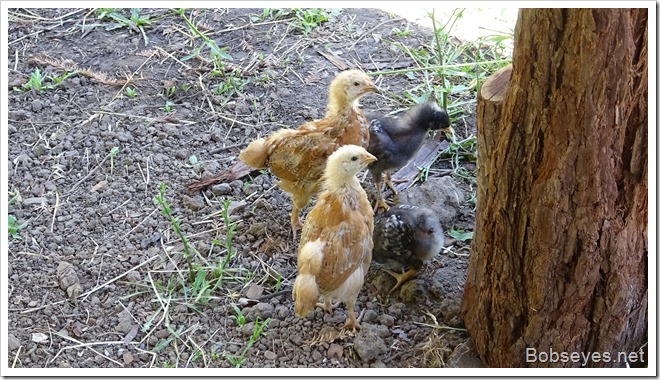 Seed goes in the ground

I raked the dirt a bit to break up a few clods. Then I mixed the very tiny seeds in with some fine redwood mulch to help dispersion and scattered this mix on the patch and raked it once more. A little walking around on it to help pack it in  and it was ready for when the automatic sprinkler came on shortly. The chicks won’t be allowed in here until the plants get large enough to survive with them eating them.

Planted and ready to be watered. 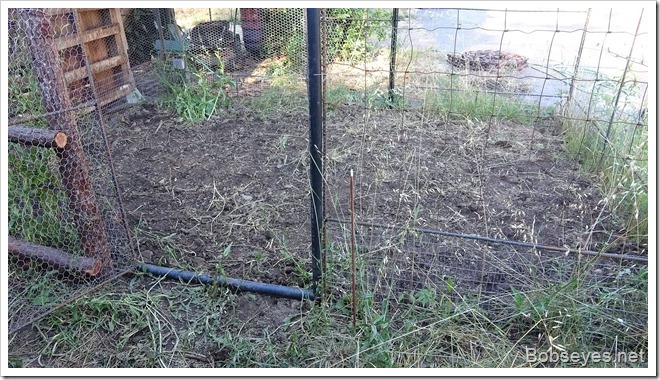 I wanted some potatoes so I dug some up. In the process I dug up some worms too so I fed them to the peeps.

Here’s the potatoes I dug up which I need to tend to shortly if I want to eat some tonight. 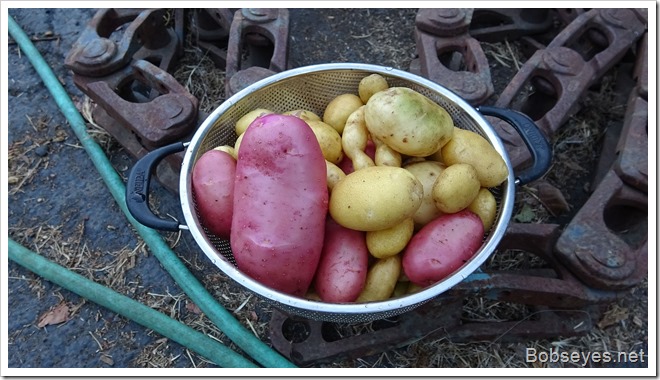 It was almost dark after I got the potatoes washed up so I went on in for the day and that was my day.