I decided today I would do a little shopping and some visiting.

So  I went to the Asian Market and bought some powered yam flour for me and for my brother Mike and then drove up to Mike’s house in Healdsburg to give him his yam flour.

He has a bunch of citrus trees so we went out in his grove to get  me some citrus. My other brother Tom sells his citrus at the farmers market so I only get the culls but that’s ok with me as they are very tasty and a spot or two on them doesn’t matter. 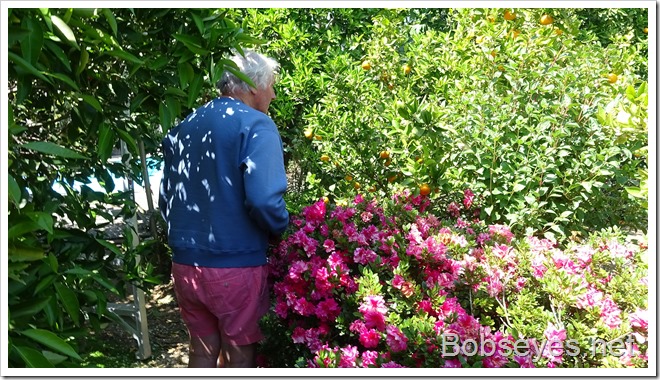 I noticed this big flower in his orchard and asked what it was. I think he said it was a Tower of Jewells. 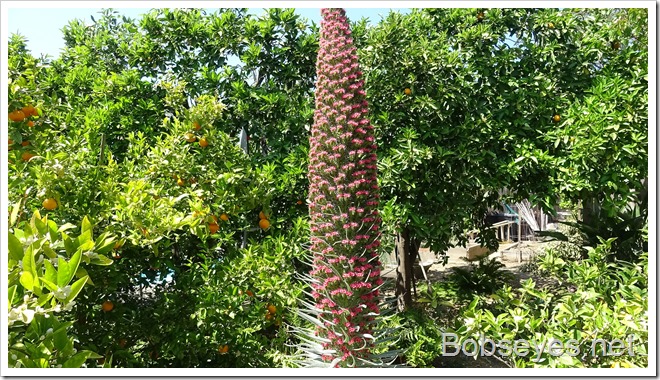 We found some oranges and mandarins for me, a bag full. This little orchard is in his little back yard and he gets a lot of fruit from the trees. 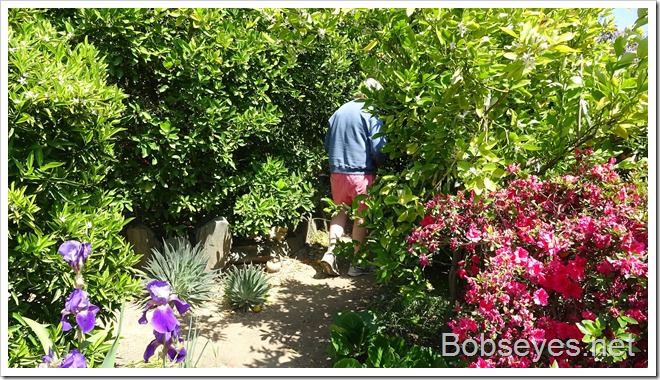 From there I went to the hardware store to get some shutoff valves to install my new stainless steel kitchen sink so now I’ll be able to get that project started.

Then I headed towards home stopping at my friend Joe’s place on the way. He has a huge garden and also grows started vegetable plants for people’s gardens that he sells. He calls his business Pure-Dirt Farm. 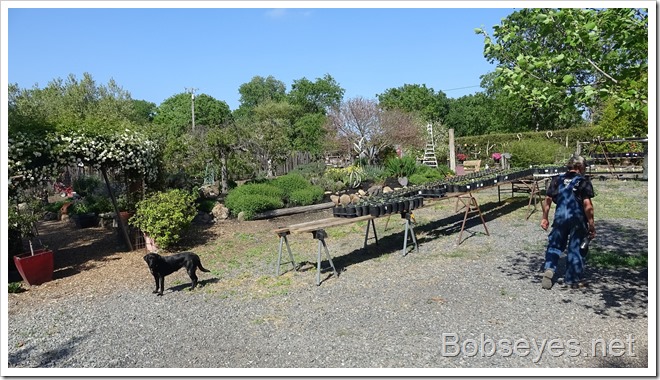 He’s got plants everywhere and started watering them as we shot the bull. 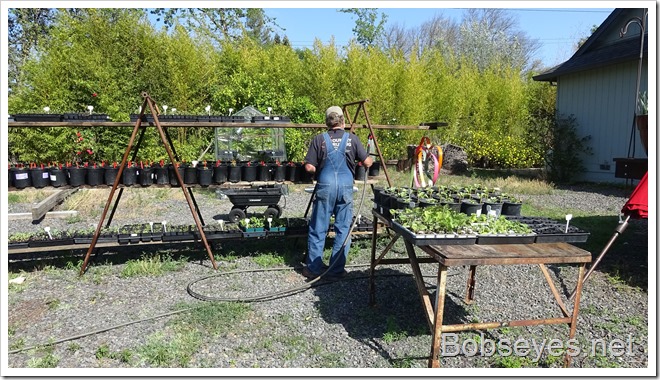 More plants in his green house too. 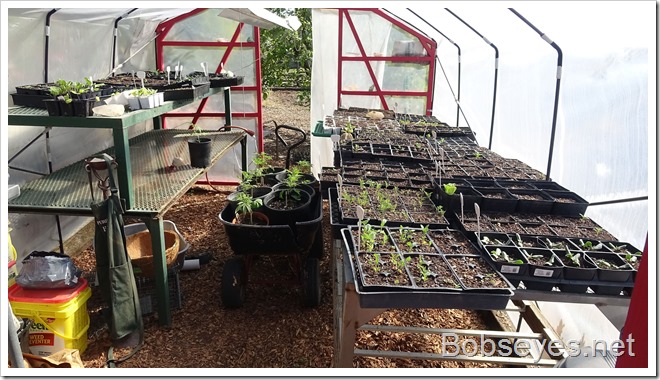 Then we made it into his garden. 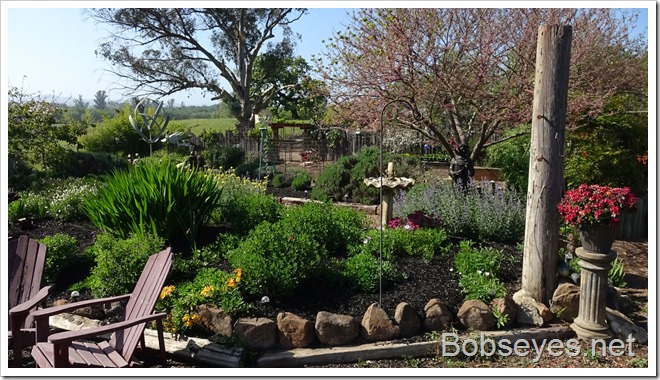 He did some more watering in his garden as I watched. 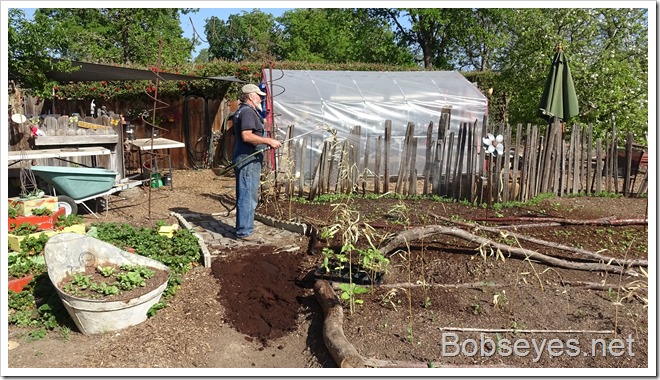 More of his garden area. 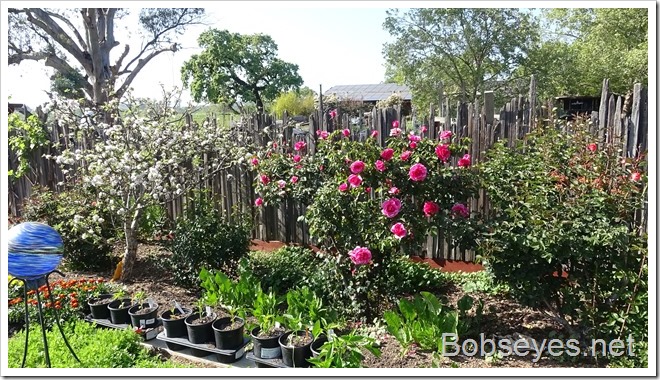 Then we went out to his chicken pen to have a look at his rooster he got from me when it was little. Joe says he’s turned out to be a good rooster. 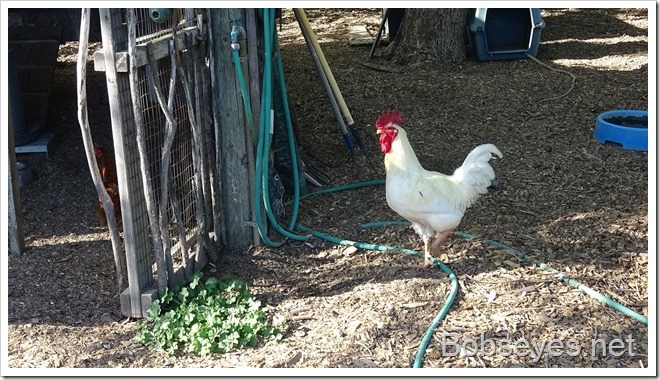 More work to do

By then it was almost dinner time so I left his place and  headed on home where I had some more work to do.

My neighbor loaded up my Toyota with some concrete blocks while I was gone so I brought them over to where I’m working on extending the culvert in the drainage ditch to unload them. 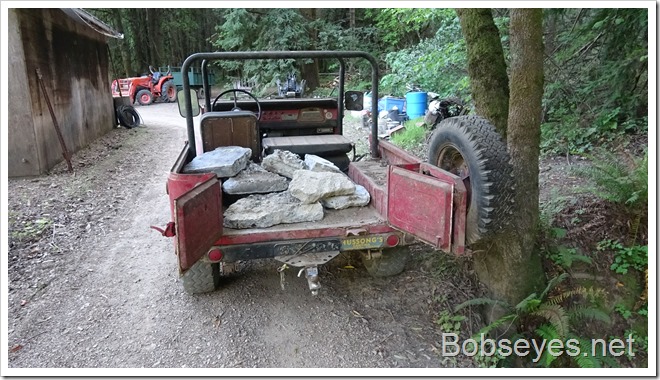 Here’s the culvert I’m working on with the concrete unloaded but not placed yet. The square and round pieces are from the tops of some septic tanks that were laying around and not in use. Anything laying around and not in use is up for grabs. I need to build this up with concrete blocks to the road level to widen it out properly so things like fire trucks can get by without any problems. 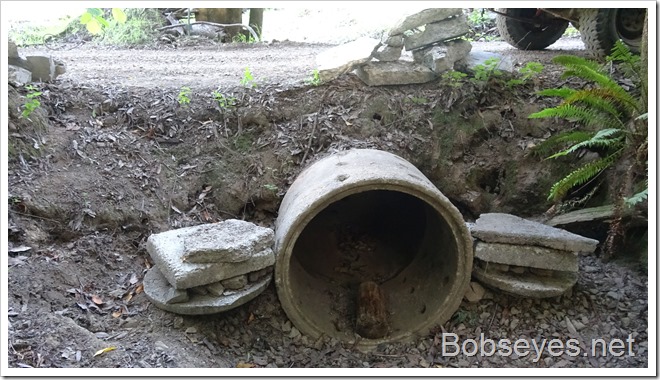 I took the Toyota back to my neighbors and parked it there to hopefully get some more concrete blocks loaded in it as I need a lot of blocks to finish this project off.

After that it was home for some dinner and that was my day.