Shopping, Checking Out Chick Stuff and More Seeds Planted In My Grower Panel

Getting the shopping done

I needed to go shopping for my upcoming trip to the desert so today was the day.

I drove over to the big city, Santa Rosa and went to Costco and bought a bunch of stuff. Mostly a lot different nuts, dates and some cheese I hope is corn free. I did buy a case of canned string beans that I know to be corn free and a big bag of potatoes that should last the whole trip.

I went to a place called Western Farm to see what they had in chicks and feed as I might want to get some more chicks, but I was only looking for now. they did have some chicks so maybe when I get back from my trip I might get some more if they still have any as they stop carrying them after spring time.

On the way home I stopped to visit John S. for a an hour or so. He was just recovering from a detached retina in his eye.  We shot the bull and then I went on home. I was tired out so a nap was in order before unloading the car.

Then I  did get the stuff out of my car and some of it into the van.

Checking on the chicks

When I went out to check on the chicks they were all sitting around like they’ve had plenty to eat, although all their feeders were empty. 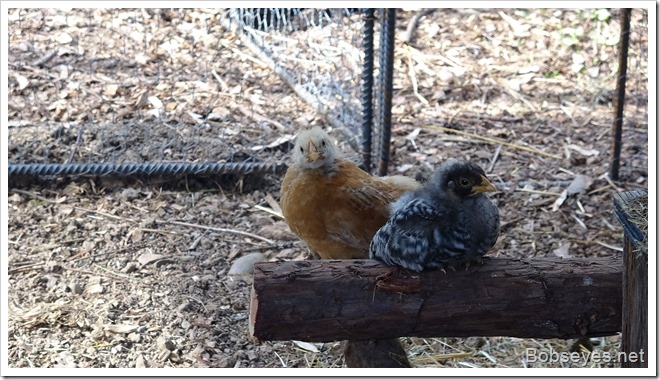 Not using my new feeder

I put out some fresh feed and they didn’t waste any time getting into it. Notice my new pipe feeder I made is not being used yet. I did see a bird take a seed from it, but they haven’t figured it out yet. 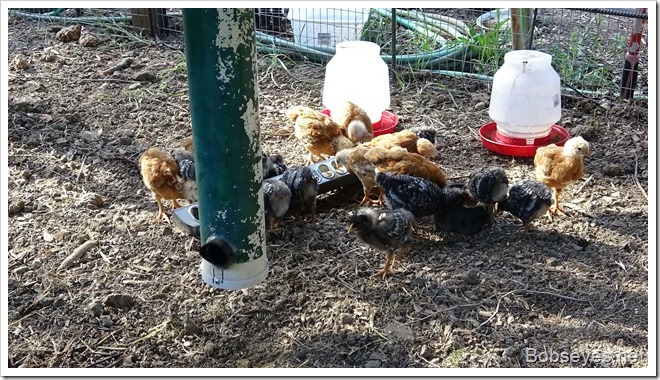 My garden is growing nicely from my chair in the chicken pen. 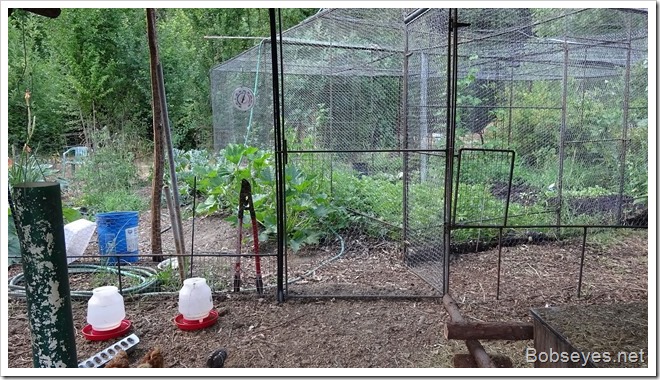 The chickens were grazing on my grower panel but I wanted to plant some more seed under it, so I kicked them out. I mixed alfalfa seed and flax seed and clover in with some redwood mulch so I could spread it out and just tossed it on the panel mostly in the barer spots and turned the water on it. 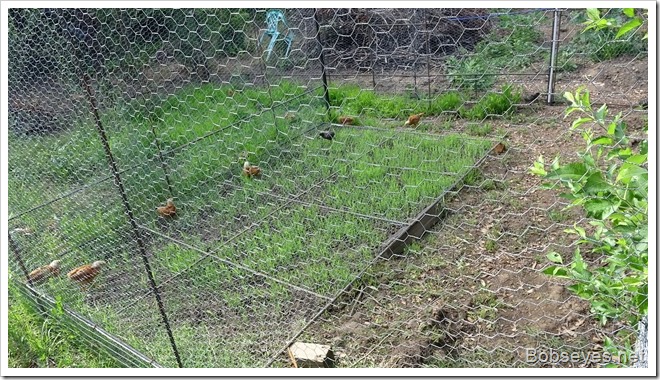 Grit for the peeps

I was wondering if the chicks wanted any grit as I’ve read that giving them grit can extend the feed up to twenty percent as it helps them digest whole seeds.

I put some of the hard rock they drilled from my no good well as a lot of it seemed to be around the right size.

I was surprised how fast they took to it and started eating it so it must be good stuff. I  have 11 thousand dollars of this stuff which is the only thing I got from that well, no water. I think I have about a cubic yard of the stuff so it should last for a long time. 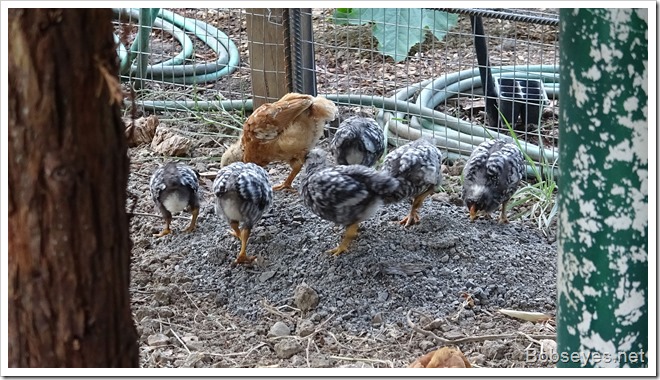 To entice the chicks to use the new feeder I dumped what I had in it and put some of the best stuff in it and decided to set it on the ground for now. Still  no takers yet, but I just put it there so we’ll see what happens. 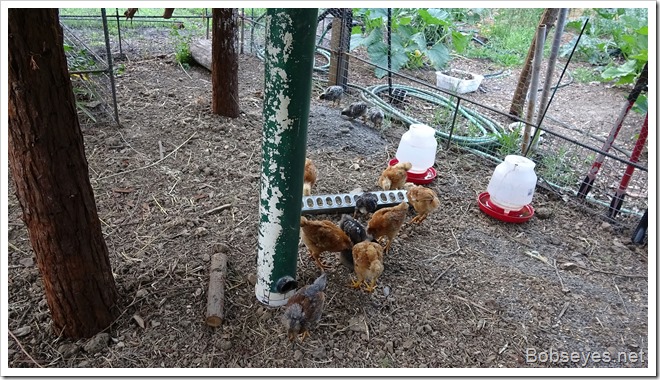 I did some more prepping of my van checking the storage areas for food and adding some and taking some old stuff away and before I knew it it was getting dark.

That was my day and I was glad to get the shopping done.