Resting up in Q

I’ve been hanging around Quartzsite checking things out and resting up a bit.

Yesterday I drove over to visit Adele who moved down this way not too long ago. She’s been building her place and is now working on that big garage where her truck is. 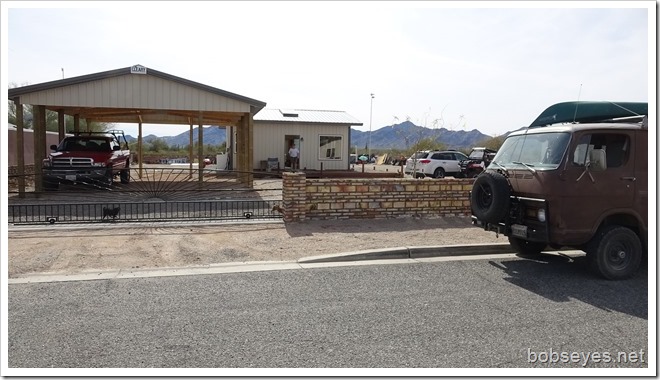 The purpose of visiting Adele besides just a visit was to arrange a day riding around exploring in her side by side Razor.

We shot the bull for awhile and I said I’d call or stop by when I got back from getting my tooth fixed in Mexico and we’d figure out where to go. I suggested we go by ourselves instead of a big group as we’d eat a lot less dust.

I went back to Patti and Marty’s where Patti had given this little bunny a carrot it was enjoying. 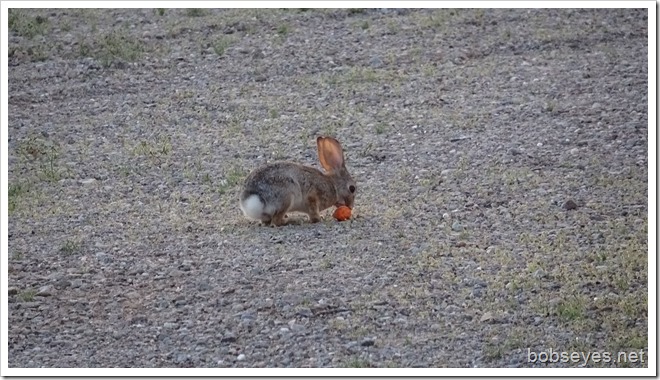 After checking my email I drove back to my camp spot in the desert not far from Marty’s place. 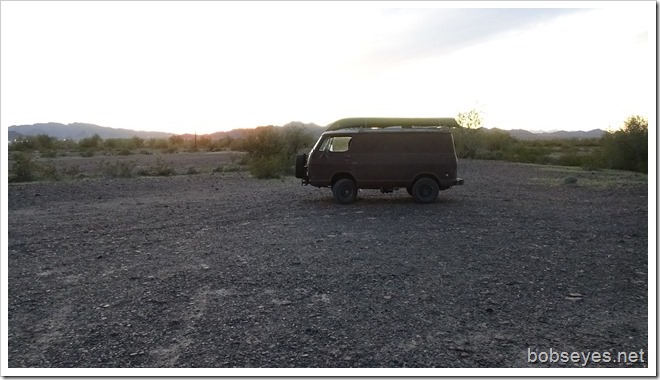 As I was sitting in my van booting up with a cup of coffee I thought I saw a big military jet flying over Quartzsite but it turned and came back and flew over me making some neat jet noises when I realized it was a small model jet. It flew around making jet noises for about ten minutes.

On the way to Marty’s place I pulled into the Quartzsite model fly club to check out the small jet. A number of people were flying their models. 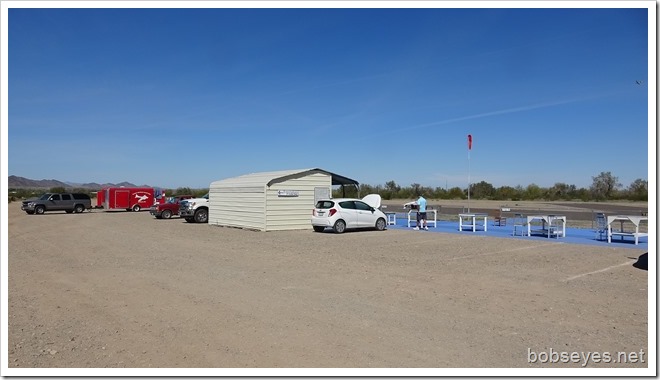 I found the jet and took some pics then asked a guy if that was his jet and shot the bull with him a bit. The jet is three or four feet long. 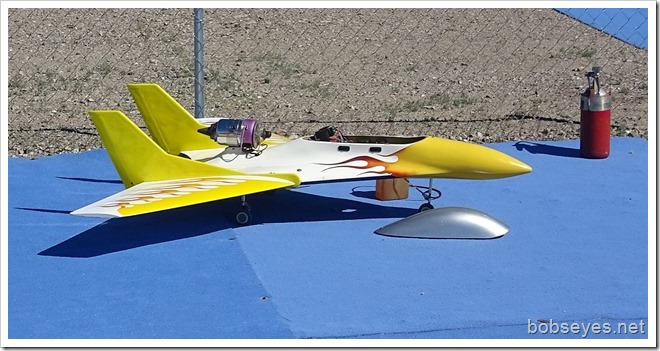 From there I continued on over to Marty’s place where Patti and were going to go visit the nutty rock lady of Quartzsite.  The crazy rock lady used to work at HP with us.

That nutty crazy rock lady might have been nuts but she had her head on pretty good and we had a nice visit. She started giving me the tour of her house which was mostly collected rocks and then the yard stuff she was still working on.

Right away I asked if she minded if I took some pictures and I started to go out to the car to get my camera when I remembered I had forgotten it at Marty’s place so no pictures.

She had arranged all her rocks over the years and when looking at her arrangements the more you looked the more you saw and there was just too much to take in all at once so I said sure I’ll stop in for a visit once in awhile.

Patti went to the bank and then home. I hopped in my van and drove to the grocery store and bought a big bag of potatoes and whole onions which are my main staples for food right now.

I gassed the rig and drove on out to my camp spot stopping at the Quartzsite park to get rid of my garbage.

Tomorrow I will drive down to the Mexican border and set up for my dental appointment on Thursday and Friday. I still don’t have crossing papers and will have to cross back to the US two days in a row which I’m not looking forward to.

I’m not sure what I’ll do with my time down that way when I’m not at the dentist. I might do a bit of exploring by the Holtsville area or I may not. I’ve been feeling real lazy lately. :O)

Having a good time in the Quartzsite area and you’ll hear from me when I find some internet to post if I’m not stuck in Jail. :O)