I decided I needed another rat bait feeding station at my avocado tree if I wanted any of them as they were packing them away at night.

I needed something protected from the rain and something my chickens wouldn’t get into.

This plant pot base seemed the ticket to do the job. I got some oats and was going to put them under this thing but dropped them at the last moment and spilled them on the ground. Oh well, I scooped up what I could and put them back in the container and put them under the cover. 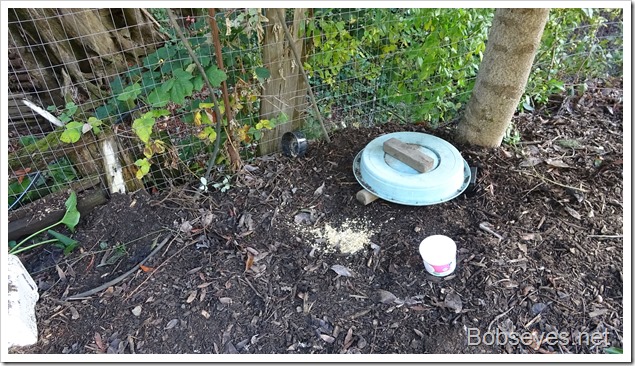 I decided to left the cover up for now as I wanted to see what they were doing. The reason I used this is the rats don’t seem to like to go into things to get the bait. At least things that might look like a trap does. Eventually the cover will be down on the blocks so there will be open air space all around it. 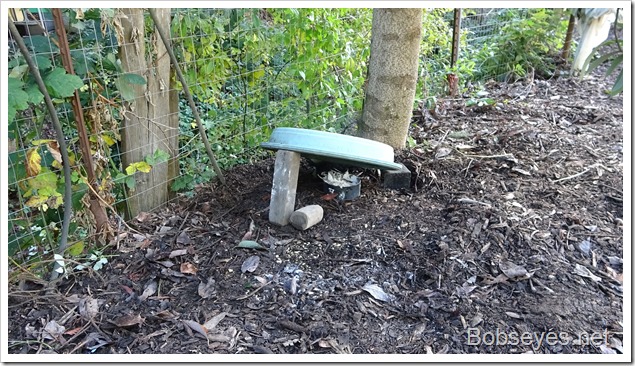 I didn’t put any rodent bait out yet as I want them to get use to this thing first which I hope they do quickly.

To  help keep the chickens out of this garden area as that’s where the bait station is  located,  I needed to put this part of the fence back up which meant I had to find my post driver and install those two steel posts. I had to look for that darn post driver and found it in the last place I used it. 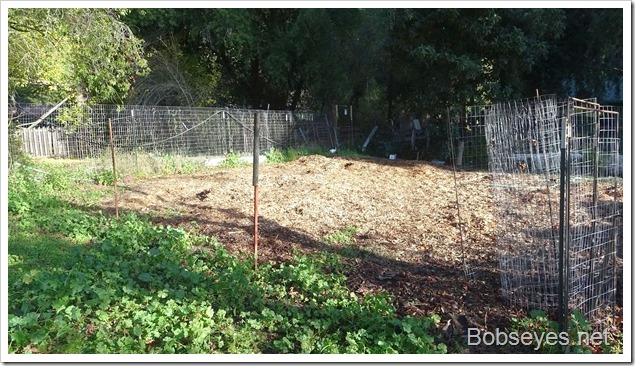 I unrolled the piece of fence for this spot and wired it up and closed the gate. 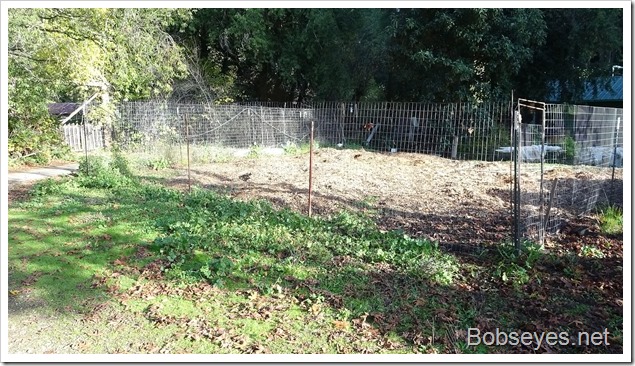 I put the game cam back on it but will eventually put one of my other cams on it that is hooked to  my computer as it’s easier to watch things that way.

It was getting late in the day and I only had a couple hours left before dark when I decided to work on burying some more spring water pipe up in the hills so I rode the dirt bike up to this spot to work on it. 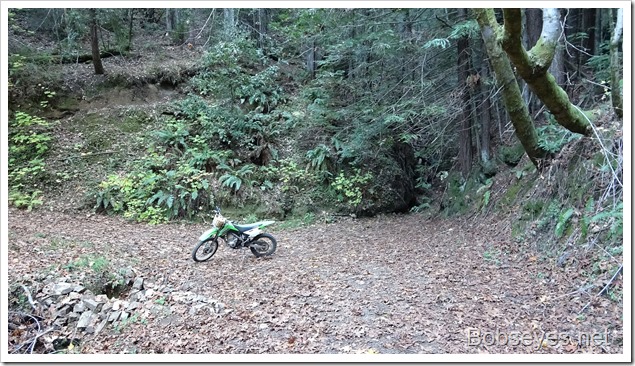 The water pipe goes down that trail in front of the dirt bike, just below the road on the right so I headed down it to do some dirt moving. 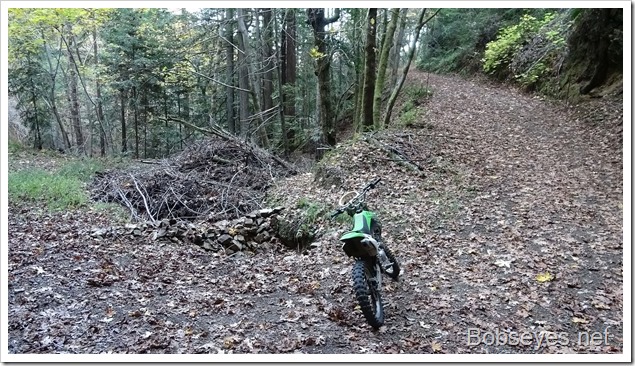 The pipe is laid on this trail and has a layer of fall leaves covering it up for now. 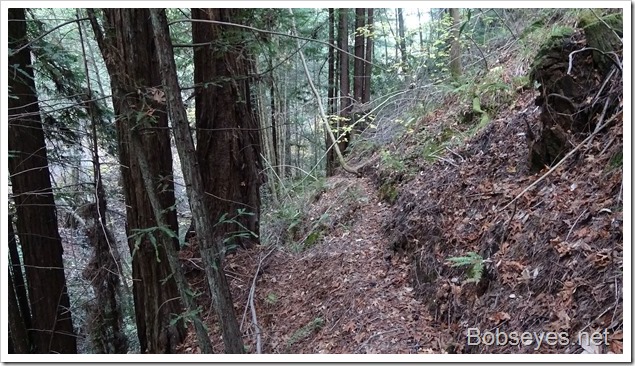 I worked on this part covering the pipe up with dirt and making the trail a bit wider which will make it easier to walk on. 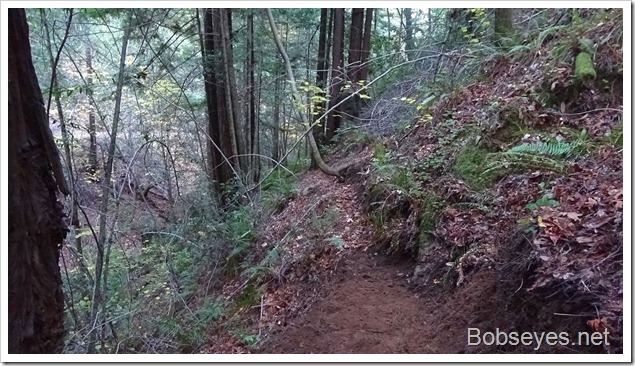 When it started to get dark I headed back to the dirt bike. I think I like my new basket, although it makes it hard to use the choke which is under it, but it’s doable. 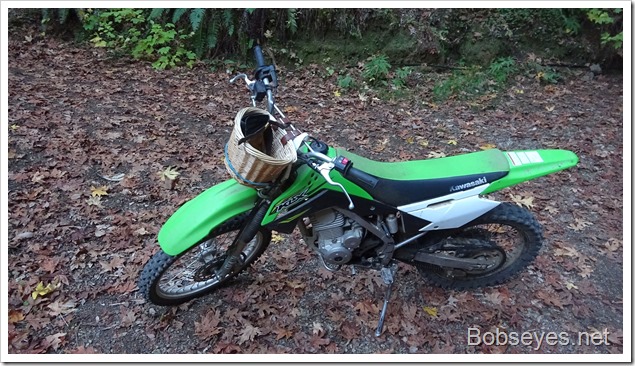 It was getting dark as I rode on down this rode and on though the old apple orchard. 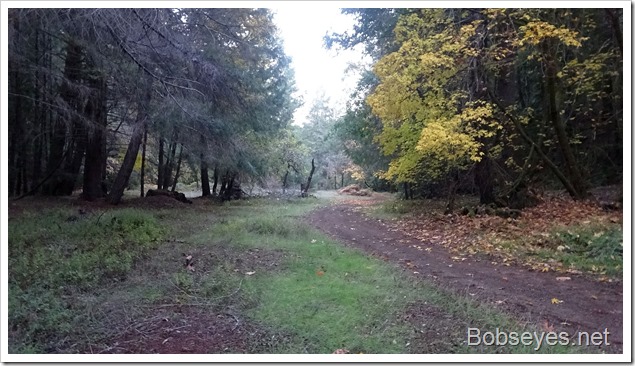 (Visited 87 times, 1 visits today)
This entry was posted in Uncategorized. Bookmark the permalink.