Seems Like a Good Day for a Yak At Jenner

Off for a yak

Once I got it going this morning and I took care of the chickens I decided to take the day off and go down to the river to yak for the day.

I got down there around 1 and put my boat in the water and got the car parked.

I always start by paddling across the river to Penny Island and decide which way to go, up or down the river. Today there was a lot of waffling fog so I headed on down to the river’s mouth at the ocean about a mile or so. 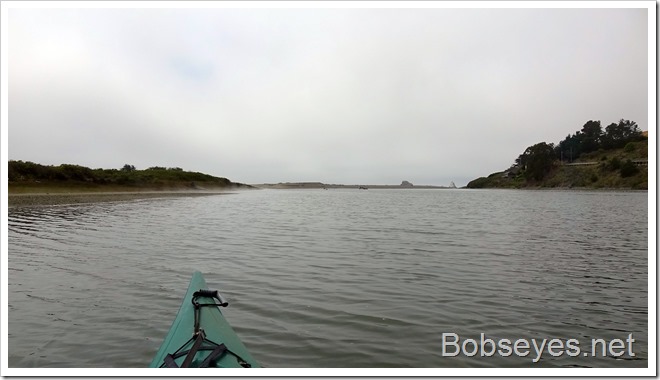 I spotted this white egret off to the right fishing on the shoreline. 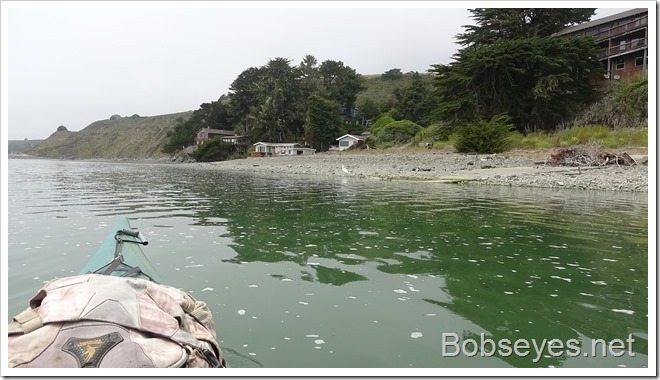 It took off and flew past me. 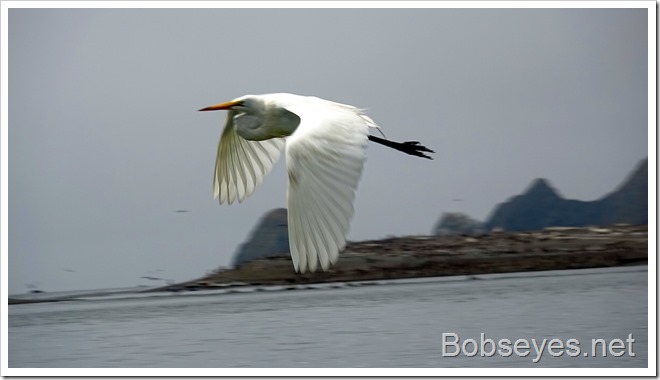 Up ahead was the river’s open mouth where it goes out into the ocean and I could see a bunch of brown pelicans floating on the water as I approached. 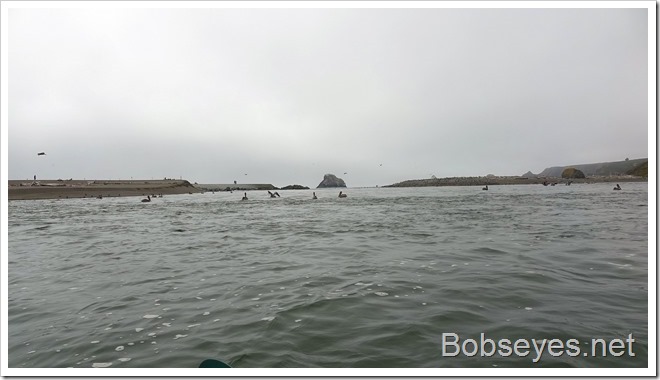 There’s usually a bunch of harbor seals resting on the shore and there were. 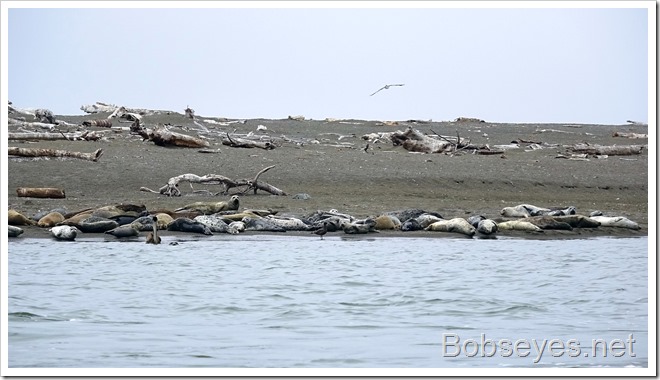 The high tide was coming into the river so I didn’t have to be concerned about getting washed out into the ocean so I could paddle into the mouth a bit against the incoming current.

This is looking out the mouth into the Pacific ocean past those pelicans. 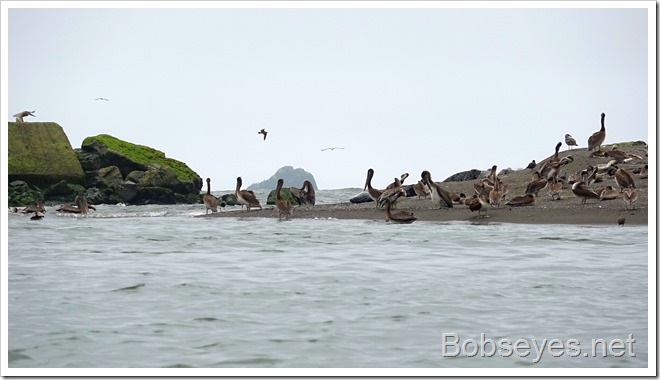 There were a lot of birds down here on the shore resting. 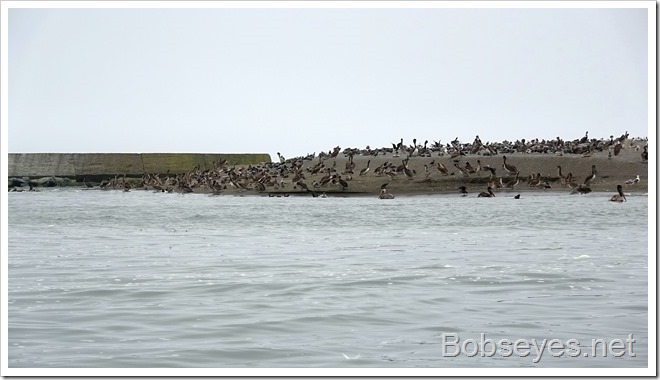 Most of the birds were brown pelicans. 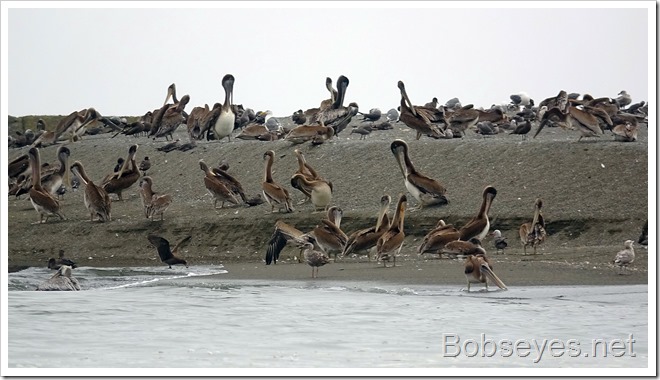 Some of them were in the water fishing. 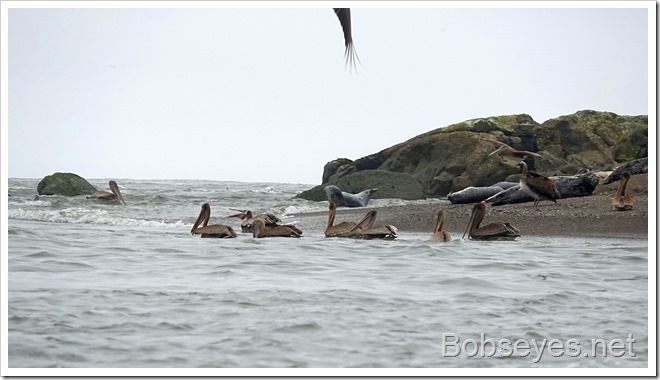 The incoming tide was pushing me into these pelicans as the current was pretty strong so I went with it. 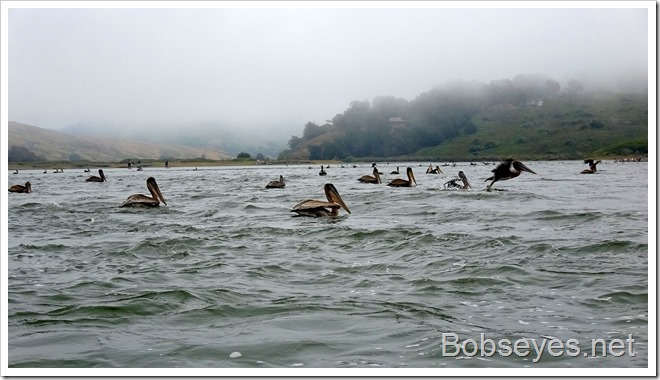 This one wasn’t going to move as I was about to drift into it. 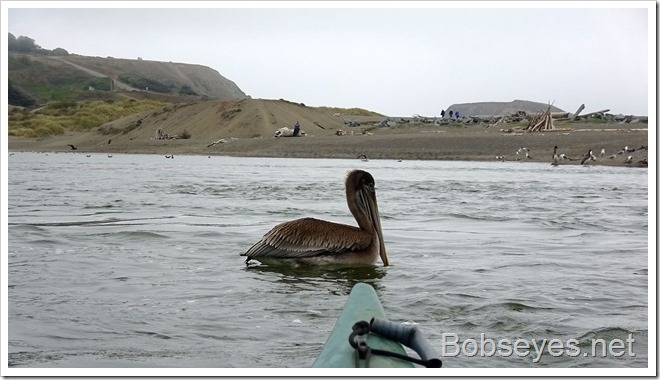 It took off at the last instant. 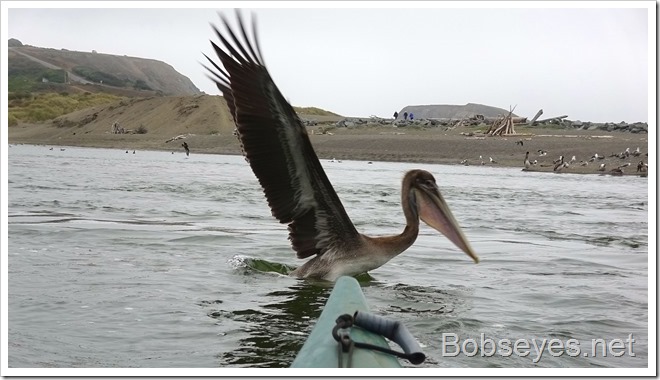 After a good while sitting around in my boat at the mouth I started back up the river taking the island back channel where I like to pull into this spot and sit called the Slot looking across the island to the small town of Jenner. The little wind there was died down nicely. 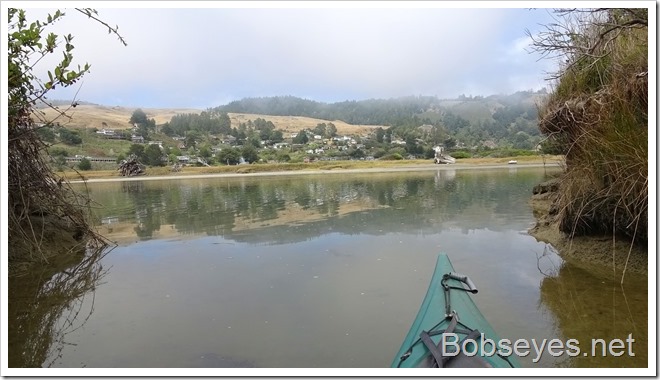 I paddled on by this snowy egret resting on the shore. It moved inland a bit as I passed on by. 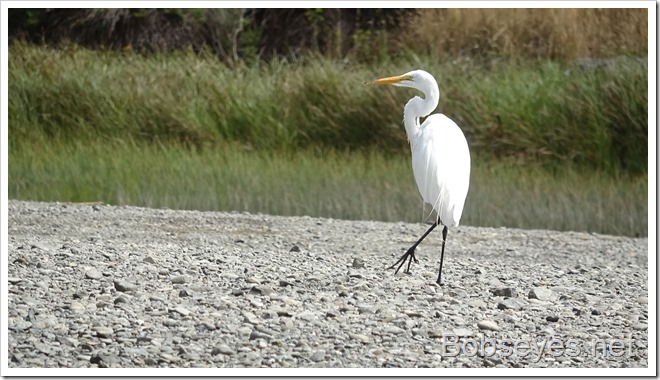 I continued on up the river about a half  mile and stopped in this spot were I sat for a bit napping a little too. I close my eyes but keep my ears open. The fog is waffling around a bit coming and going as I’m just on the edge of it. 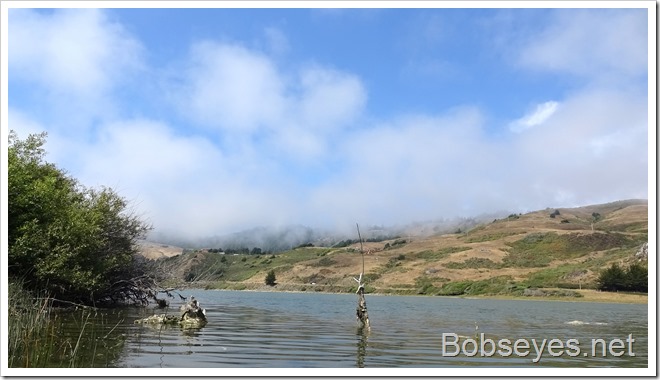 Eventually I headed on in for the day, headed for the Jenner boat ramp just up ahead. It’s just after five. 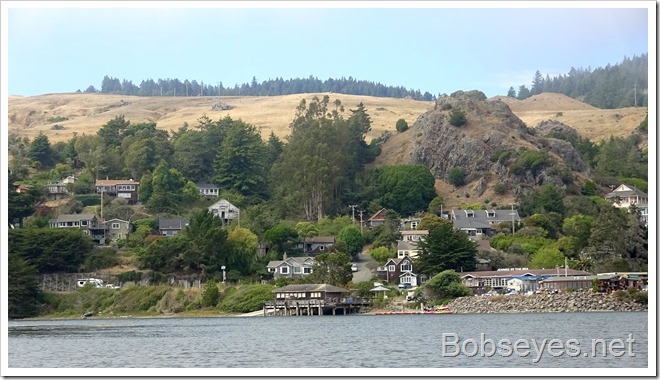 I went on home for a nap and took it easy for the rest of the day.