Second Day in Jarbidge and Some Changes in Plans

Once I got it going this morning I drove back in to town and took a little walk down the other way I hadn’t been yet. This car caught my attention. There’s another one just like it in front of it in the garage. There was an RV park down this way and some houses. 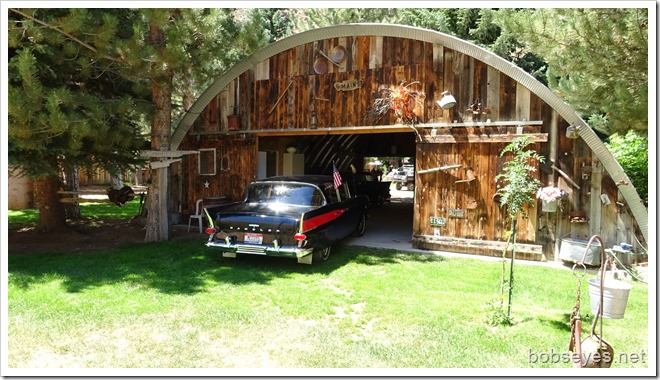 I headed  back up town and went into Ray’s Trading post which is a little store. I sat down and shot the bull with people there for a bit, then went back outside and walked up this part of town where I saw this guy with the truck digging up something in the hot sun. 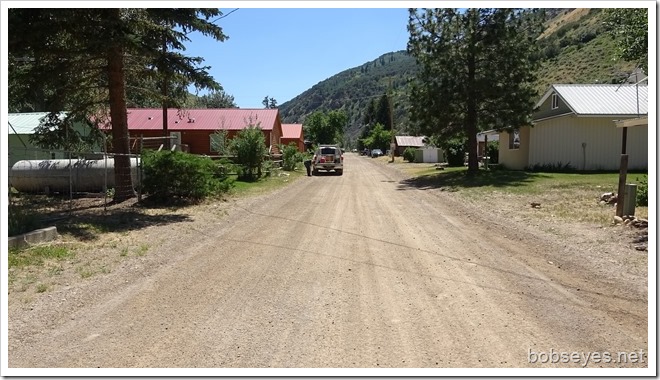 Turns out the grader guy had hit a small wire and he was trying to figure it out, so he dug. After giving him the proper supervision I moved on up the road.

The town has a nice little park where I stopped for a rest for a bit. 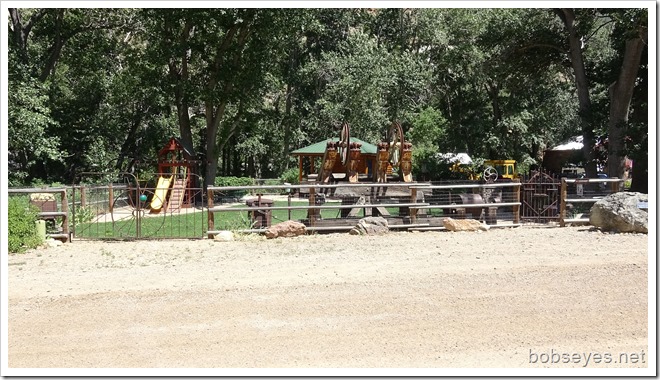 I rested here in the shade in the park. They have a bunch of old mining equipment around the place. 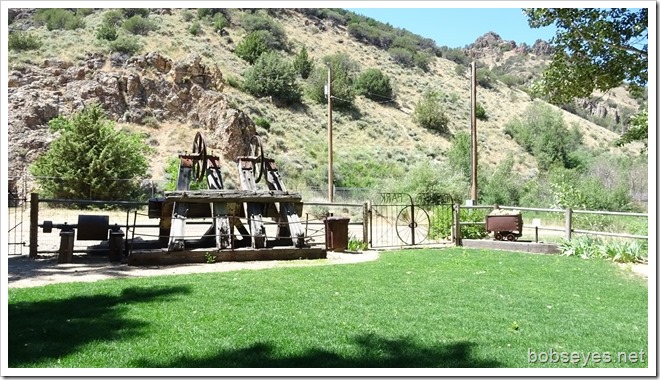 After I was rested up I continued on up the street until I got to the edge of town and turned back where this guy was working. 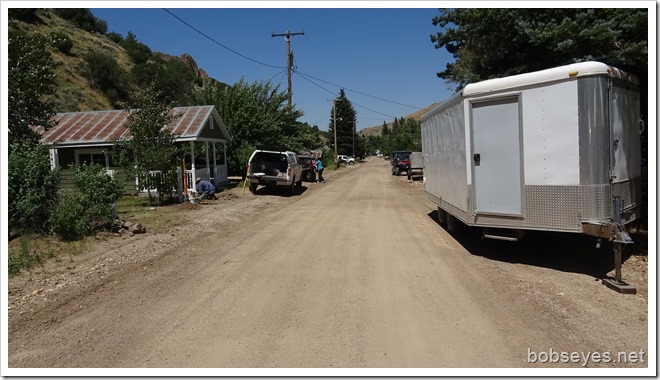 Turned out he was installing some fence posts. We chatted a bit and then I left him at it and got in my van and drove down to Ray’s house to use the internet.

After posting my blog I read Marty’s  blog and things don’t sound too good as far as his van’s engine running good. So I may change my plans and divert to where he is to see if we can get thing figured out. I’m waiting to hear from him on that.

Either way, I’ll be leaving Jarbidge tomorrow morning once I get it going and I will head out of here to Twin Falls, Idaho where I will have to make the decision.

After a nap, I went back to the Store for what they call beer time where some of the locals come in for a beer and shot the bull for a bit.

I  hung around town for a bit then headed out the road Ray lives on to camp at the end of it for the night, by the Jarbidge River.