Today’s video of my day

Some likes and subscribes would make  me happy. :O)

The day was going to be warm and the wind was going to be down. That meant it would be a good day to go down to Jenner for a paddle. I also wanted to practice my video making skills on the  harbor seals so I took all my camera stuff. And I wanted to try out  my lapel  microphone to see how it works on the kayak, so I rounded up that too.

The boat ramp was pretty busy so it took a bit to get on the water. At least everyone was nice and friendly.

I had to park the car in my special place as there where lots of cars in Jenner and Jenner doesn’t have many parking places.

Anyway I launched my boat and started paddling across the river when I spotted the white things up river, white pelicans. I decided to get some videos of them before going down to where the seals are. 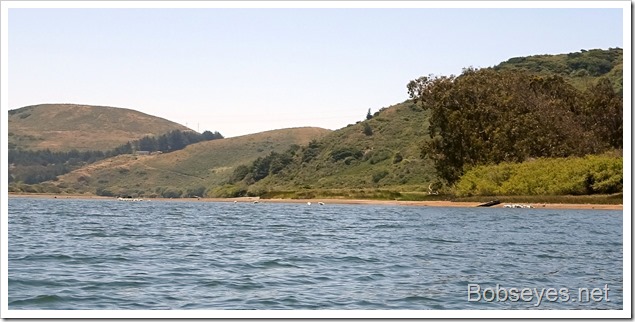 On the way over to the pelicans I went by this great blue heron that was doing some fishing. 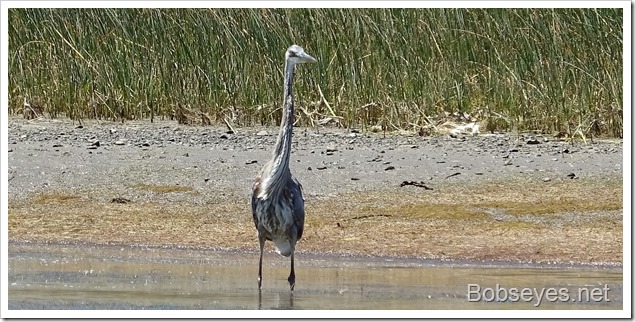 I got as close as the birds would let me and took some pictures and some video clips. They were eating the underwater weeds which they seem to like. I’m sure there are plenty of bugs and little fish and crabs and things in the weeds too 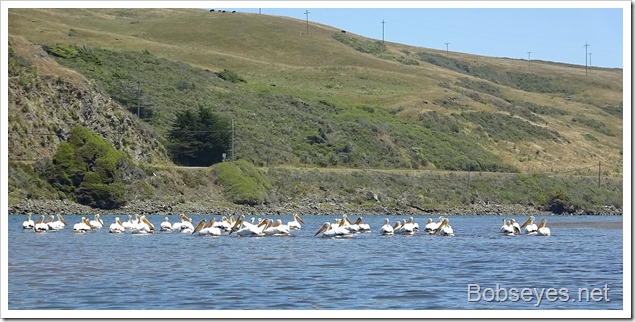 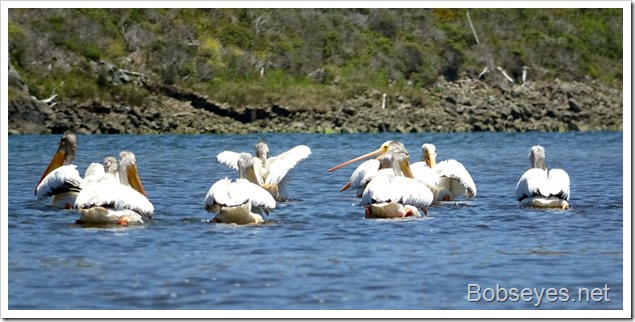 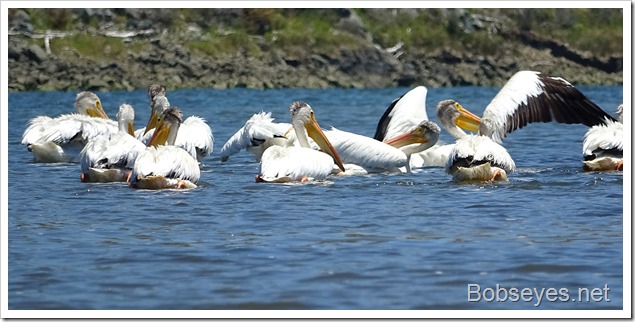 From there I headed on down to the river’s mouth area to check out the harbor seals down that way. 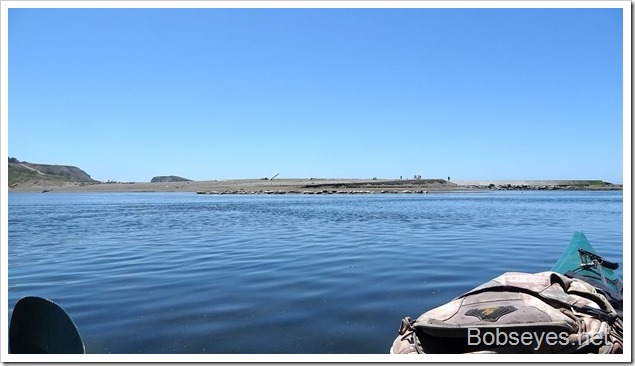 I shot some photos and made some video clips of the seals.

I noticed this red thing on the shore. I went over to read what it said but couldn’t’ make it out, so I took a picture of it so I could read it when I got home. HUMMMMMMMMMMM. 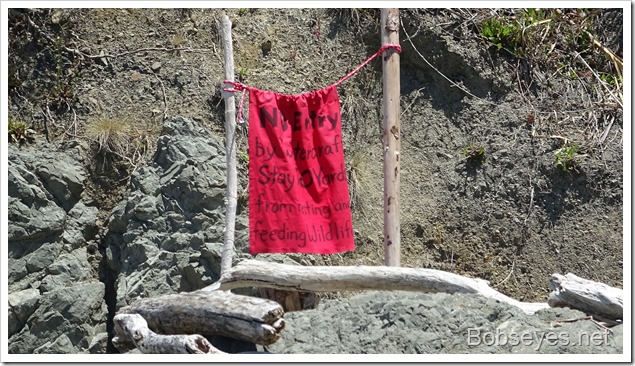 Federal low says I can go on the river anywhere I want so that sign wasn’t a legal thing, so it’s just as well I couldn’t read it as I did go on down past there.

The wind blow me fairly close to the seals once when I was concentrating on making a video and these seal people up on the overlook started shouting for me to get away and waving me away with their arms. Of course that caused some of the seals to bolt. I know my seal rules and know how close I can get to satisfy the law.

I hollered back that the shouting was scaring the seals. They had to think about that but kept waving. I waved back a hi which really confused them. :O) 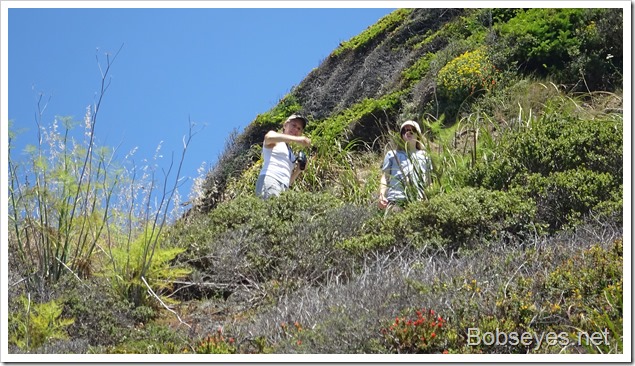 Anyway I didn’t leave just because they said to. Their hearts are in the right place but they go overboard. The seal colony is a matured one and doesn’t’ need protecting and like I said they scare the seals more than anyone, shouting as they do.

I shot some more video clips of the harbor seals. 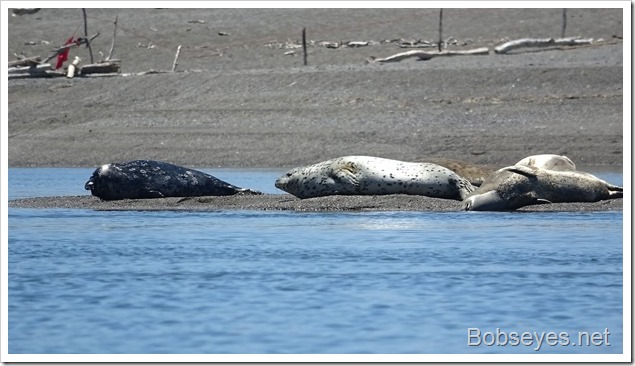 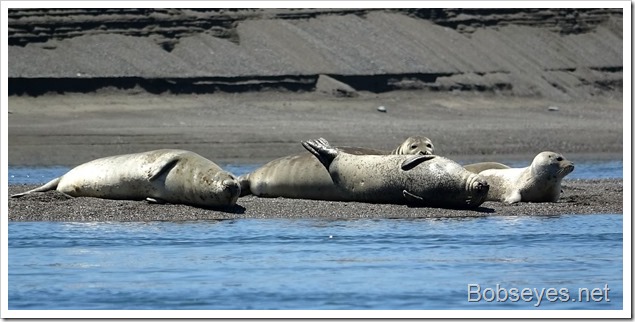 After I got all the video clips I thought I needed, I headed on back when I saw this guy with the big orange ball. I stopped to ask him what the heck that was for. It turned out some state park life guards were trying out for a swim test. They were all done so he was headed in with the big ball. 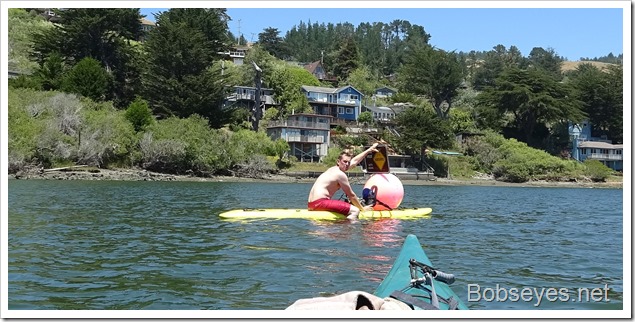 I went over and shot some more video of the white pelicans but the camera’s battery was dying so those didn’t come out.

Headed on in to the boat ramp. 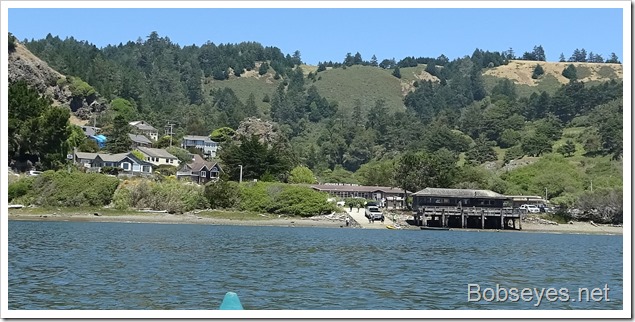 There were two state park police at the boat ramp so I stopped to chat with them as I know a lot of the park guys now. I didn’t mention the run in with the seal people. They were in the park when we had the forest fire there a couple years ago so we  had a lot to talk about.

Once home I worked at putting the video clips together to make this video of todays action.