Last night I received an email from Lorenzo of Bodega Land Mark Studio in the town of Bodega. He said he’s closing the gallery soon and would I come by and pick up my stuff so I emailed him back saying I’d be down some time tomorrow.

So once I got it going and checked on my chickens I headed for the town of Bodega about a half hour away.

Here I’m parked in front of his shop. 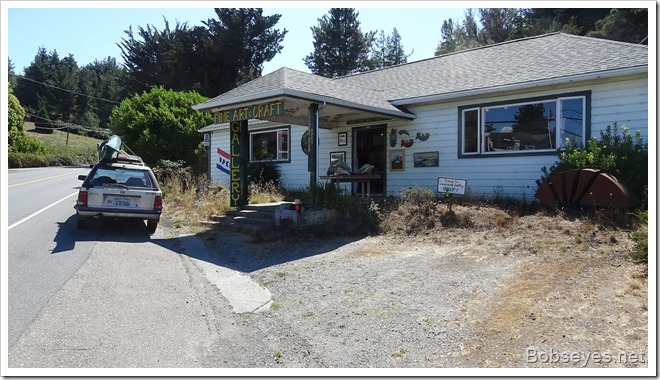 Right away I see Lorenzo isn’t doing good health wise so I ask him about it and he says the doctors have no idea what he’s got. So being as the doctors have no idea about this corn allergy I have and I learned one has to be one’s own doctor I advised him to start to be his own doctor and start trying to solve his own problem with research and forums on the internet which he thought was a good idea. I also explained that everyone will get something wrong with them as they age eventually and all you can do is live with it until you are at peace,… eventually. No one gets out of this and we each will have our own set of problems to deal with. It’s just part of life and getting older.

We had a good talk and he tried to give me some little ornament thing which I said I’d never use so he pulled out a brand new Swiss pocket knife still in the box and gave it to me which I said I’d use often as I just lost the one I had.

Some customers came in after about 45 minutes so I thanked him and said it was always a pleasure doing business with him and shook his hand and said good bye.

We are all dealt cards and just have to deal with them. That’s life.

Here’s Lorenzo in his shop as I left. 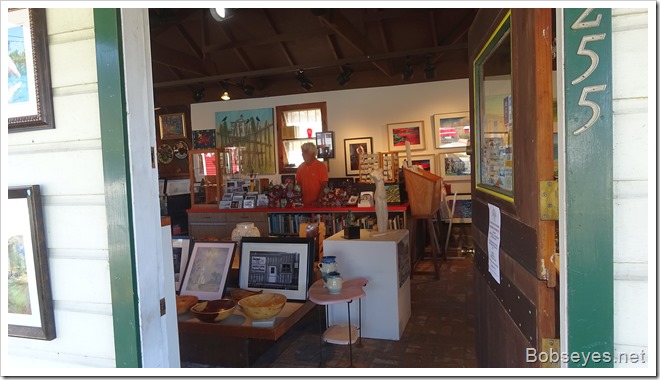 I left and drove on over to Bodega Bay and went by these fishing boats headed for what is called The Head. 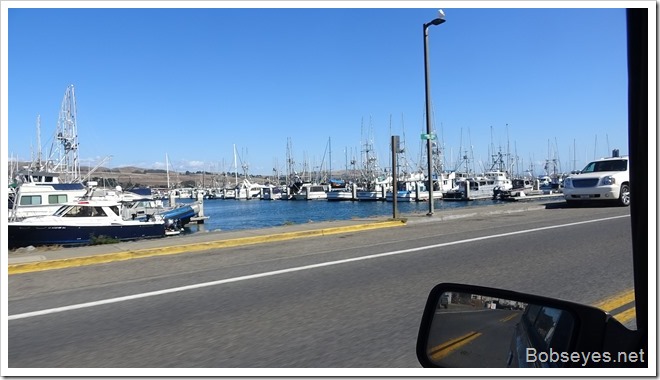 I drove by the Jetty where the boats go out into the ocean. 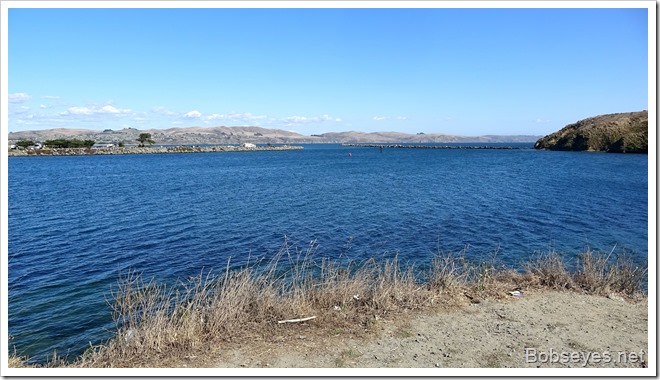 And am headed to the Head just up ahead there. 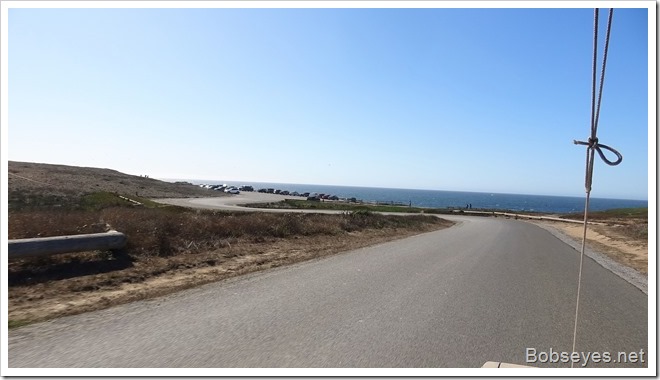 This is the view of the ocean looking North. 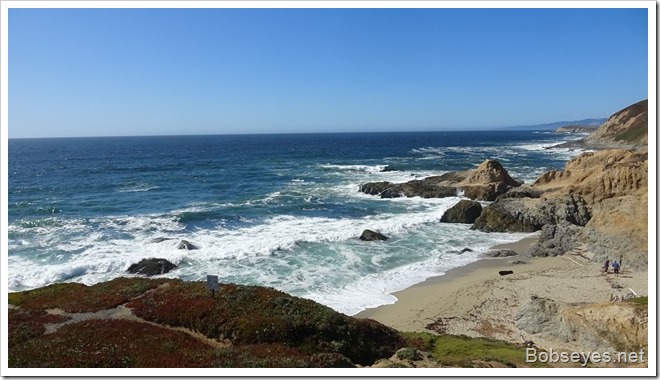 And this is the view looking towards Japan, a little ways across there as far as you can see and bit further. 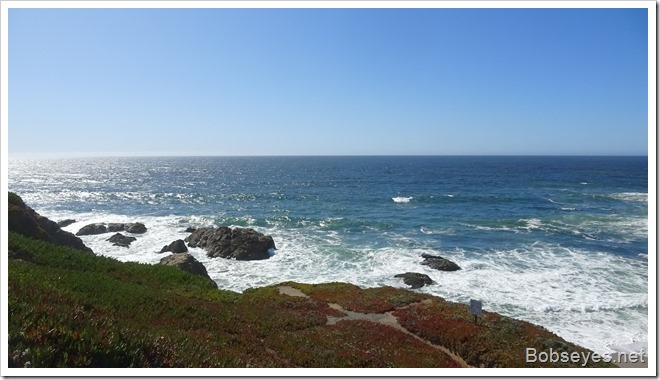 It was windy so I didn’t stay long and got back on the road and headed North.

I passed by these guys that are putting a section of road back the ocean tried to take out last winter. 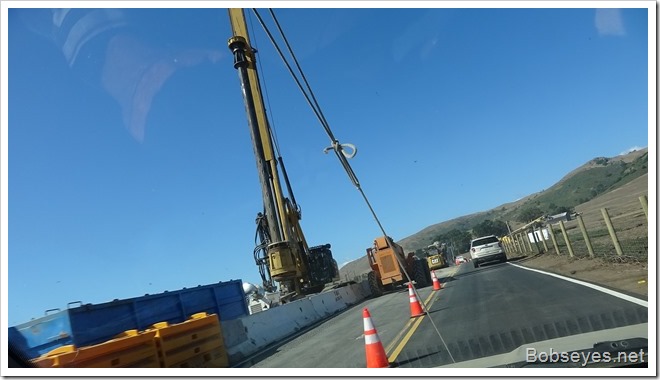 When I got back to Guerneville I decided to visit John S. so drove on up to his house and found him home but not his wife.

John was packing up to go deer hunting, but we had time to shoot the bull for a bit and we did. Had a nice talk and John gave me some wild pig meat. No corn in that and I really appreciate it.

I drove on home where a nap took me for a bit.

After that I went outside and did some chair hopping and planning for working on my projects and of course planning some more projects. I seem to have a lot of projects to do eh. :O)

Nice day, I actually didn’t do any work today. :O)