I finally got my kayaking below Monte Rio video uploaded. For some reason it took a couple days.

This sorta shows where I paddle a lot if you are interested.

I see the title intro is wrong, just says title, instead of Russian River Paddle Below Monte Rio. I attempted to fix that but it would mean uploading it again so I chose not to do that.

I also uploaded a couple of other beaver ones. I plan to do some more on what really happened to all the big spawning fish on this river as I see it from experiencing the decline of them.

I’m supposed to take care of my neighbors kitty for a week, but last night I couldn’t find her which wasn’t a big deal as she has the run of all our places.

So, today I fed the chickens and called the cat a bit on the way back to the house and I thought I heard a couple faint meows coming from my garage area.

I went over and opened the door and there was Kitty Kat. Apparently I shut her in there last night when I closed the garage up. It’s a good place for her though as it has rodents running around in it as I can’t keep them out.

Kitty headed right for my front door as she knows there’s some food in the house for her. 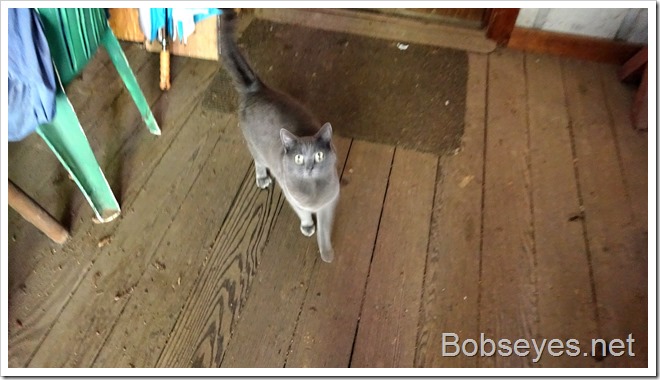 I moved the last four wheelbarrows of mulch to the raspberry patch so that’s done for now. I do need to water in some fertilizer to help break down the mulch which I’ll do soon.

I went over to my brother’s place to get his die grinder with a cut off wheel on it so I could cut the gas lines to fix my van’s propane leak. It needs that to cut this line as it has steel wires in the rubber and this works real good for a quick clean cut. 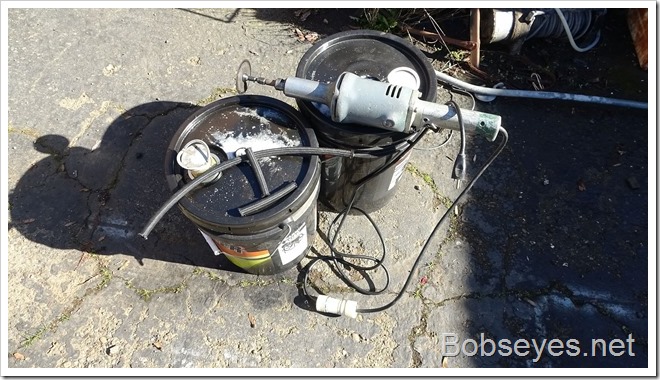 Trail work in the forest

I got the hoses cut but decided not to waste the sun working on the van and rode my quad runner up in the hills to work on a trail.

I parked here and walked up the trail in back to the work area. 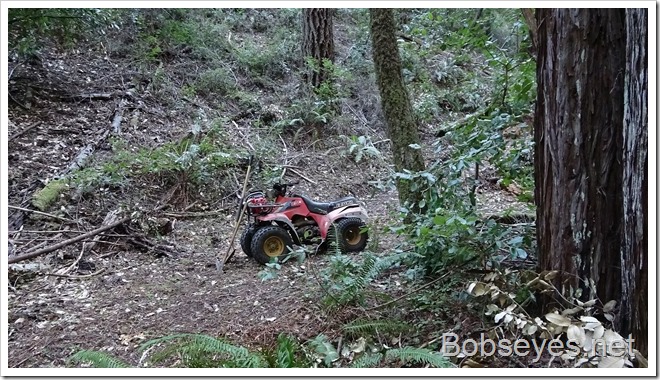 I’d cut this stump off to widen the trail yesterday, now I needed to put the dirt back in to fix up the trail as the trail needed to go over the top of what was left of where I cut it off. 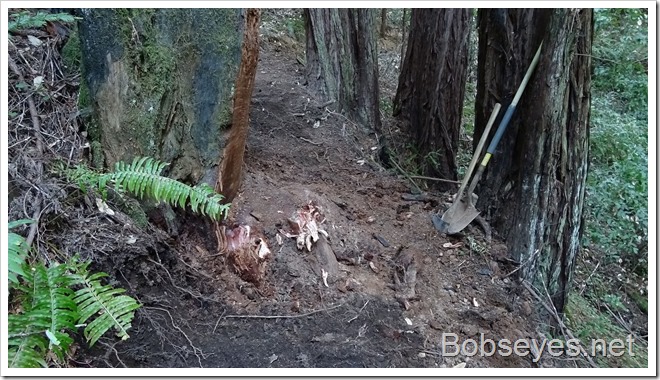 I got the dirt back on the trail and it looks nice. 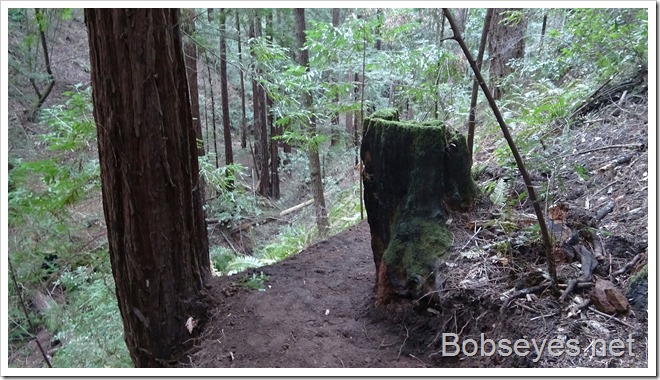 I thought the trail could use some green so I dig up these ferns and planted them along the trail I just fixed up. 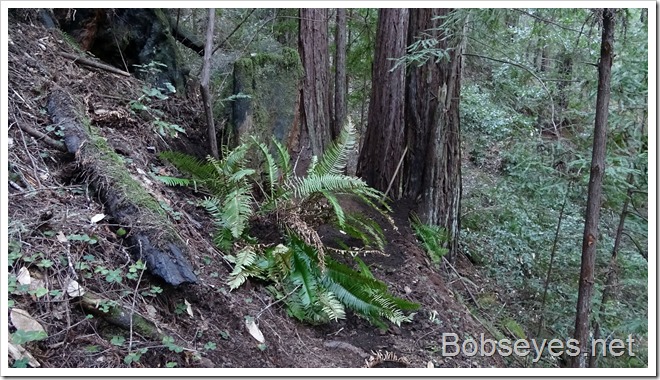 Here’s one of the ferns I transplanted and the others are all down below the trail on the right. I will put redwood mulch on the trail, but not today as I’m tired out. 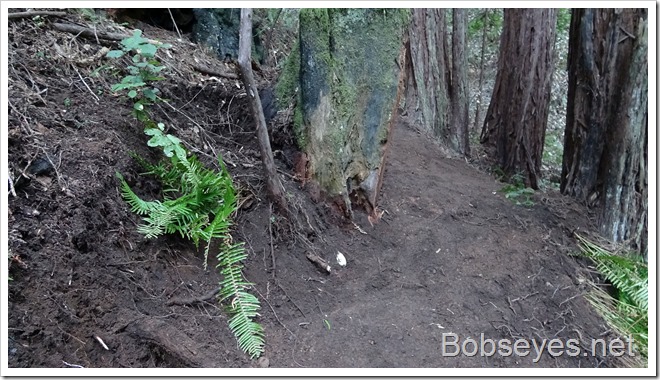 It was getting late when I got done with that so I headed on home and let the chickens out into the front yard to graze a bit before dark. 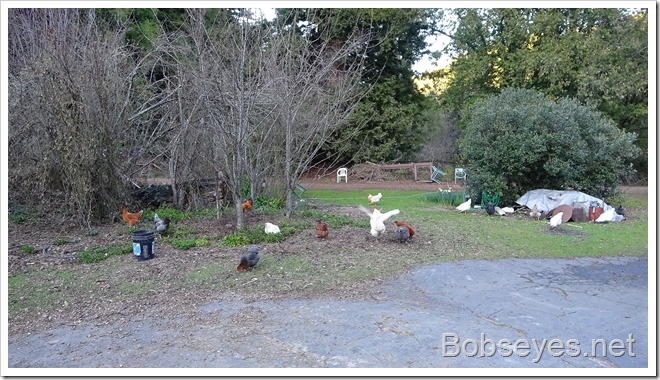 The main rooster with some of his hens grazing. 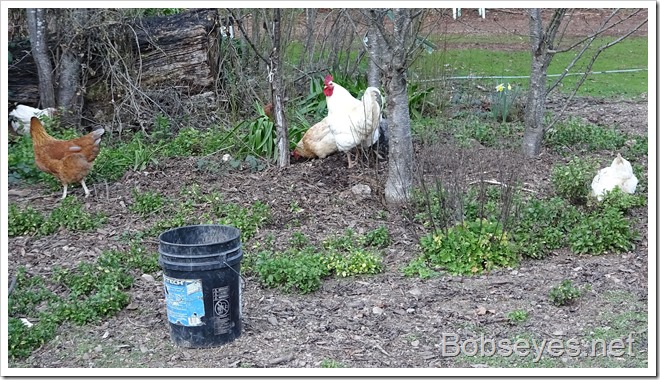 (Visited 123 times, 1 visits today)
This entry was posted in Uncategorized. Bookmark the permalink.