It was still raining lightly this morning, but when I got it going around noon it had stopped. I could see the wind blowing the trees outside so it wasn’t a good kayaking day.

Seemed like a good day to get some other type stuff done, so I headed off to the bank to cash some checks and get some money.

Getting the tire repaired

I’d loaded my Toyota’s flat tire in the car before I left so from the bank I headed to Country Tire just outside of town. 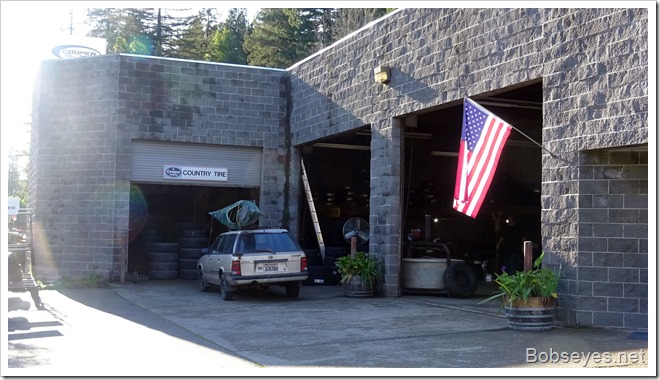 I explained to Mark the owner about the rim leaking and it needed a new valve stem too as it was leaking. He said he losses his shirt working on these kinds of things as it can take more than he can charge for, but he took it. I told him to take his time as I had plenty more work to do so I’ll check back in a few days.

Some visiting and the cat

I stopped to visit Ray on the way home and found him in his yard. We shot the bull for a bit then I went on home.

As I opened the front door the neighbors cat I’m taking care of shot in the door and headed for her feed dish.

After some feed it was off to the bed where she’s taken up residence. 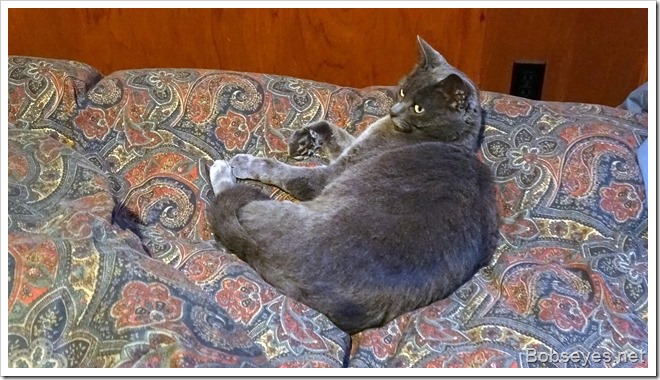 I still had a couple hours of daylight, so I got out a ladder and pruned three more threes. Two apple trees and one peach tree. 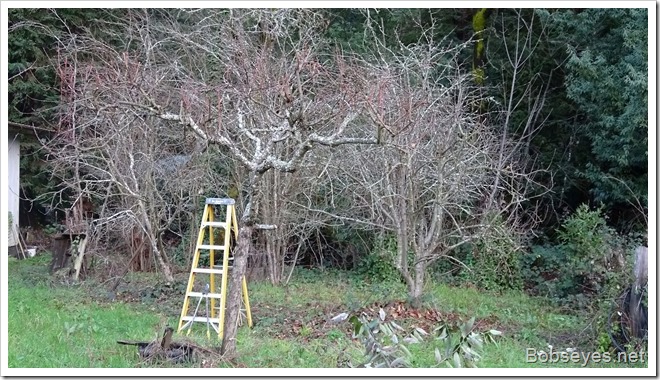 My back was sore after doing all the pruning so I left the cut brush on the ground to pick up later.

Last night I received an email from Steve who lives up at Port Orford, Oregon. He’s been doing some fishing around the area and this was his fishing report.

And here’s the pictures he sent of the 15 pound buck steelhead. 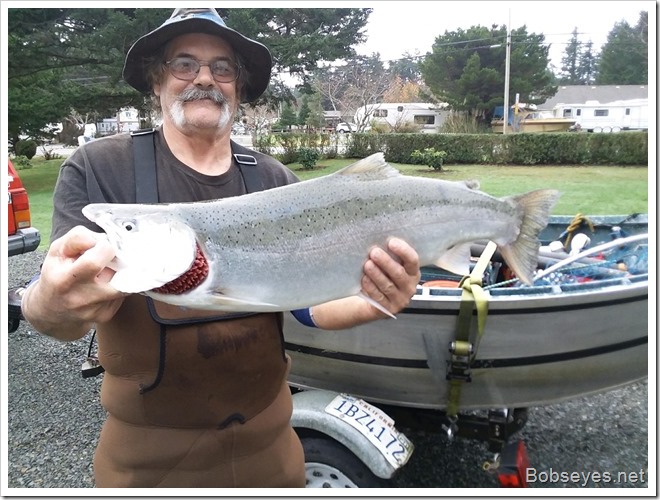 Here’s another picture of the fish. 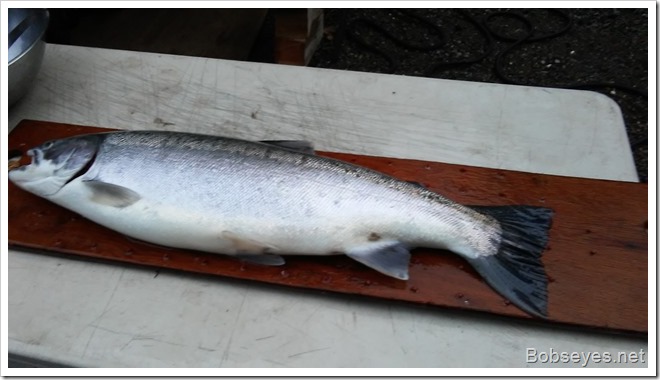 This is my third day of a food fast, only water. It’s been a little easier not eating today than it was yesterday, at least so far. Even though I’d originally planned to do three days I’m going to do four, only one more day although I’ll admit it would be nice to get something to eat right now, pig out even.

But I’ll make it, at least until tomorrow night and maybe even to morning. Last time I did three days and gave up during the night around three AM and got something to eat and boy was it good. I’m looking forward to that part.

So that’s it for me today, an ok day.