Rough Night and a Dirt Bike Ride To Visit My Cousin

The corn thing got me last night so I didn’t sleep good nor did I this morning and got it going today around 2PM, such as it is,….. flow with it I say, so I try, as things  mostly go better then fighting it.

Anyway I didn’t get any sleep especially after the chopper started around 9.

So I wasn’t in the mood to do much except some chair hopping around the yard but then decided to jump on the dirt bike and go up and visit my cousin who lives up on top of the hill.

When I went out into the yard it was all smoky and I was hoping no fires where in the area. 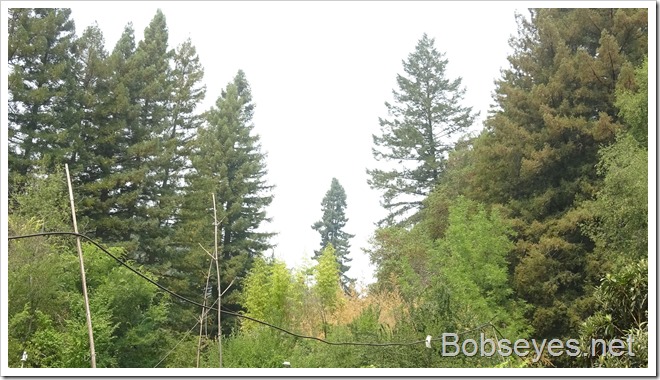 Having a look around

As long as the chopper was flying the debris in the park I figured there must not be any fires in the area or he’d be working on that instead so I did some sitting around until I jumped on the dirt bike to ride up higher on the hills to have a look around at the smoke. 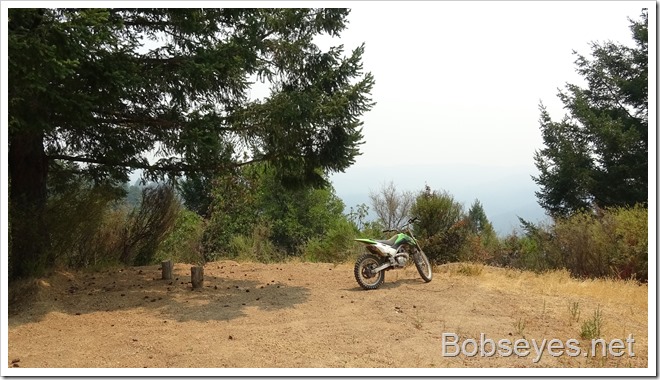 I did ride past the water tanks to check the water level which was almost full which is always good. 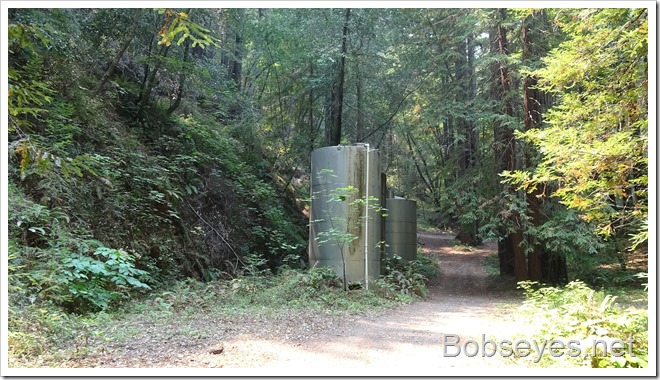 Then I rode down this road called the Pool Ridge Road about a mile or so to her house. 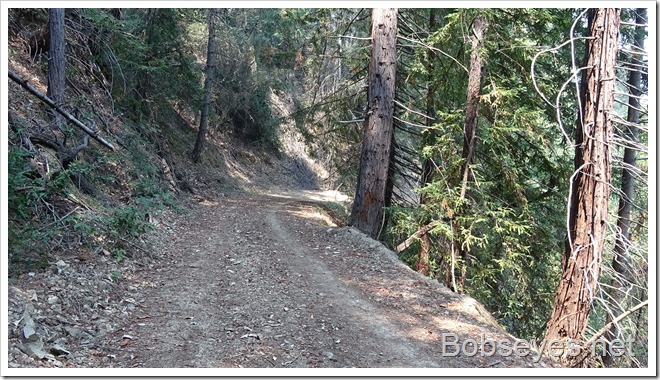 Almost to my cousins house, just up ahead. 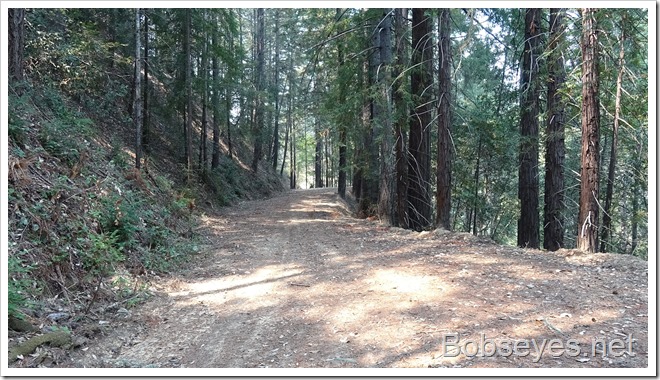 I talked with her about their recent vacation and then her husband joined us and we discussed vaccines and health and stuff concerned with real estate. I stayed an hour or so then took off headed for home a different way than I came up.

I passed by this and had to back up to check it out. Looks like a big hornets nest that some animal or bird destroyed eating the contents. 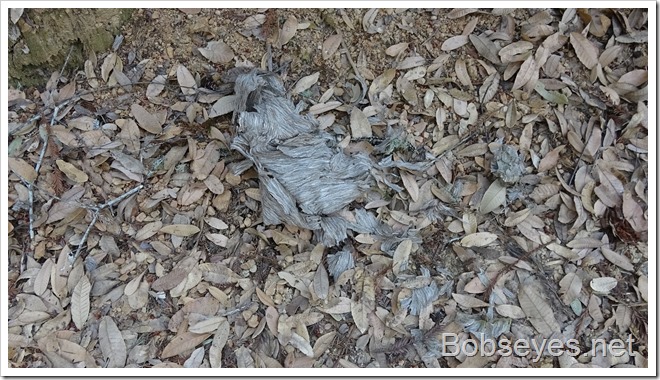 Back home I did a bit of napping then went outside for some chair hopping and decided to mix up some fish emulsion to fertilize my blueberry patch as I’m trying to get the bushes to put out more new growth so I get more berries.

One has to be real careful mixing the fish stuff as if just a little gets on  you that smell stays with you and it’s not nice.

About a cup of emulsion in the bucket. 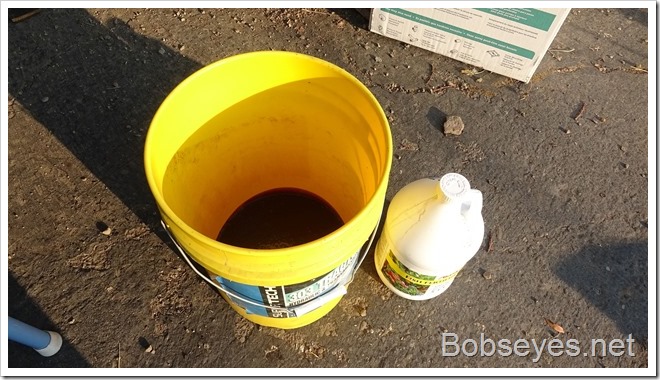 And then fill the bucket with water and put the mixture in the sprinkle can. 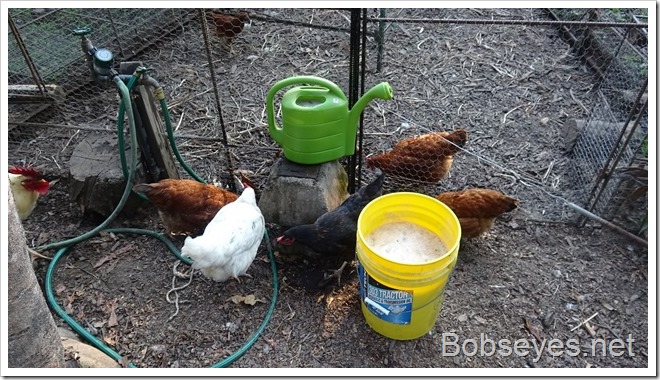 Then I took the mixture into my blueberry patch and did all the blueberry plants. 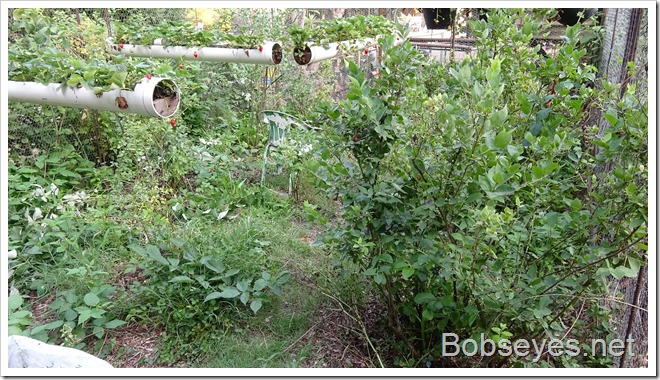 A bit more sitting around in the evening enjoying the end of the day.

I checked on the chicks and here they are bedded down for the night. I need to get them to go up on a roost soon as it’s much healthier for them to keep them out of their poo. 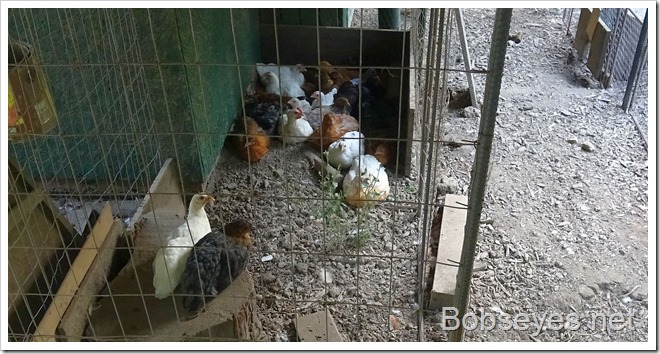 Nice day even though it was a short one for me.