Roost Ladder Construction, Peeps Doing Well, But Can’t Find One Of My Chicks

Working on the chicken enclosures

I went out to let the chicks out into the run this morning and then sat around a bit figuring out what I wanted to accomplish today.

I wanted to get another run ready for the chicks. I needed to seal up the door spaces and make a ladder so larger birds can get up to the roosts.

I went back in the house for another cup of coffee.

When I came back out some of the peeps where up on a perch resting. 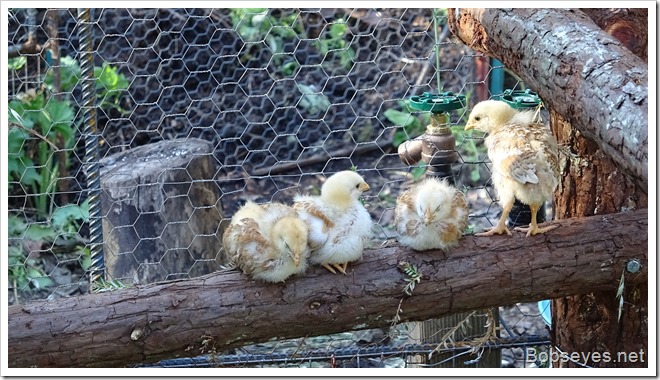 And some of them where still eating away. 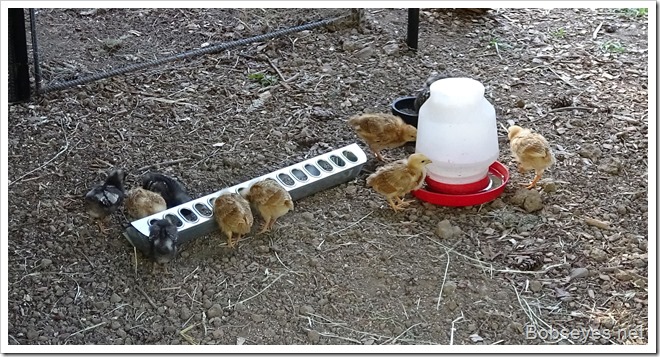 A ladder for the roost

I measured and cut up some redwood limbs to make a ladder to the roost area for older birds, not really for the chicks, but I wanted to get it done before I let the little chicks into this pen. 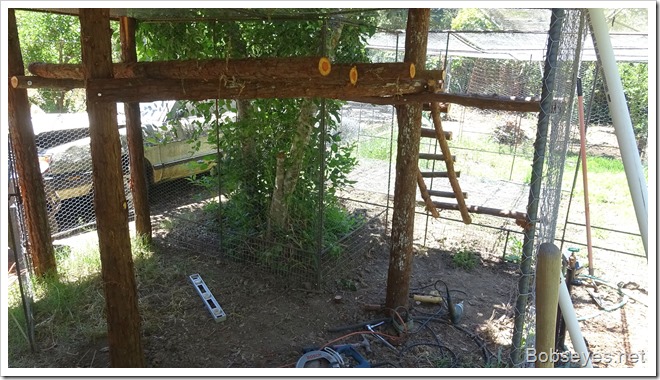 Here’s another view of the ladder and roost I constructed today. 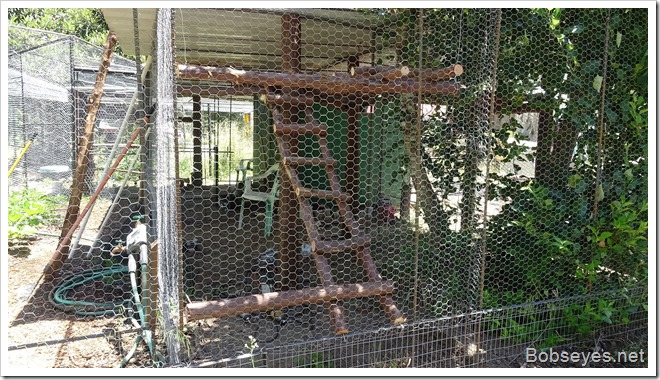 These chicks have a hard  life, eh. 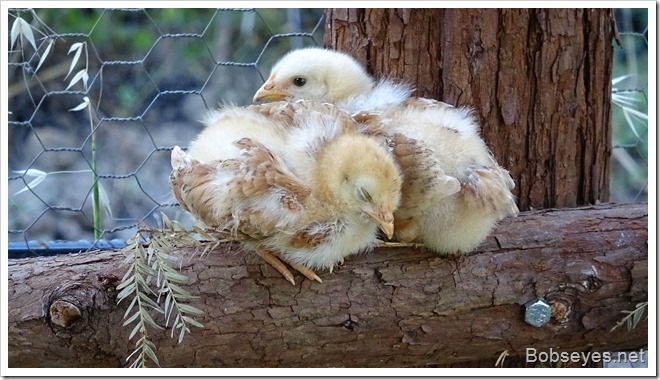 It was warm out today so I spent most of the rest of the day napping. I did go out and dig up some worms for the peeps a couple times. I need to get them feeding on them while I dig so I don’t have to collect them. They are still a bit skittish, but at least the last time I dug a few of them where close by. They really like the worms, mostly big night crawlers.

Sealing up another run

In the evening I worked on closing up the spaces in  my enclosure doors. I cut some pvc pipe and wired it into the cracks so the little peeps can’t get through. I got about half way through that when the enclosure sprinkler kicked on so I put the rest off until tomorrow.

An hour or so before dark I walked over to my brothers coop to see if I could find one of my checks that got mixed in with his checks.

I walked on past these hens on his roost on the way in. 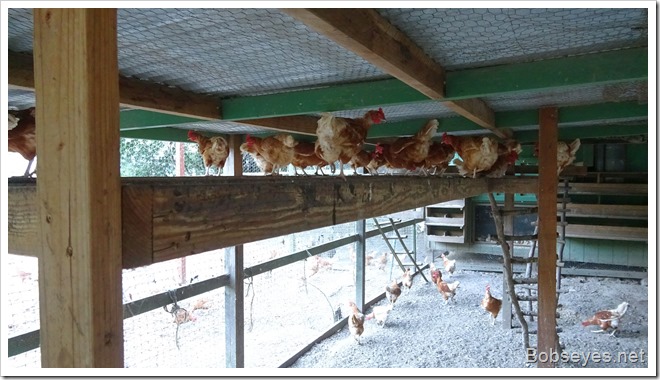 He has over a hundred chicks and they look very similar to my chicks.

Here they are as I approached  his coop. 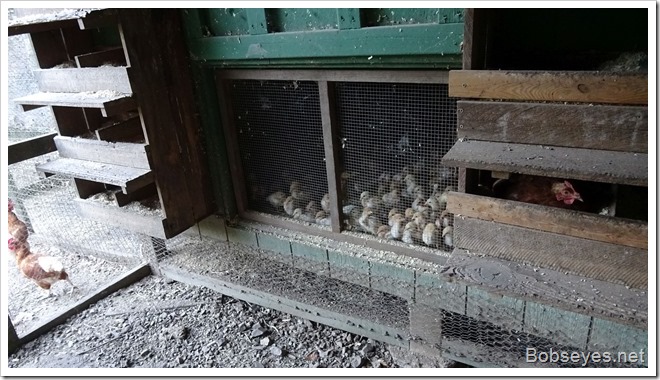 I went inside and tried to find the one that is a little different but the lighting was bad and even though I looked a lot, I couldn’t really be sure so I gave it up for now. I’ll have to come back earlier in the day. 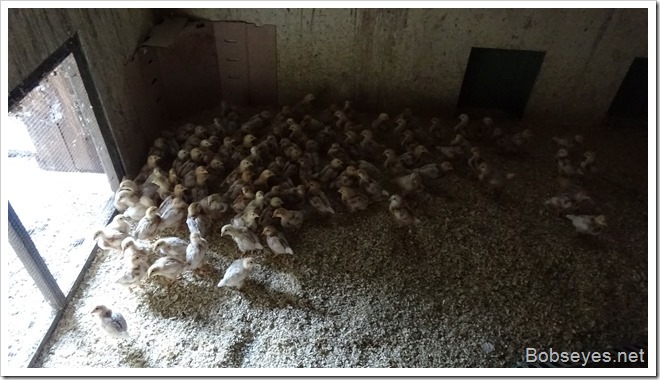 On the way out I walked around my brother’s garden. He runs Armstrong Valley Farm and does some of the farmer’s markets around here. I didn’t find anything to eat, but a lot of stuff growing. 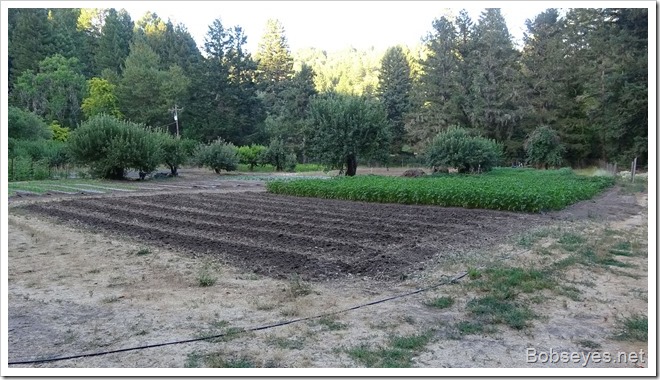 It was getting dark when I got back to the house so I closed the chicks up as they were in the coop.

And that was it for me today. Nice day.