I helped my neighbor finish screwing in his metal roof. He’d gotten some more screws so we could finish the job, so that’s done for now. 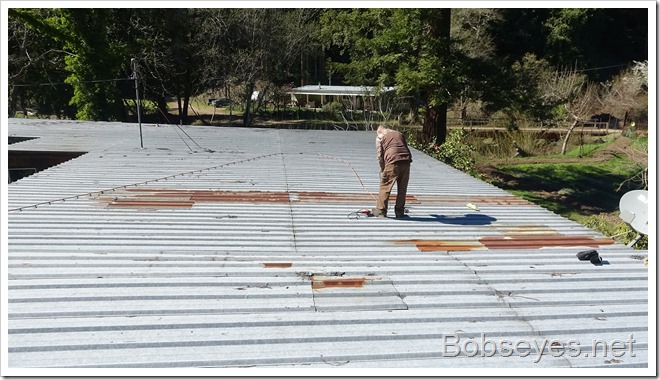 Then I worked on prepping my van a bit checking out what food I had and loading some more. I needed to grease it but I’ll do that later in the day as I want to ride the dirt bike up into the hills and do some work on our spring water system.

I got some tape and rode the dirt bike up to this pipe where I knew some holes where in the pipe from rodents chewing into it to try and get some water. They do this late in the season when there isn’t much water around for them to drink.

This is the pipe with the rodent holes in it that has been leaking some of the spring water. The only problem was the holes were too big to patch with the tape so I’d need a new piece of black pipe but I didn’t have a piece handy. 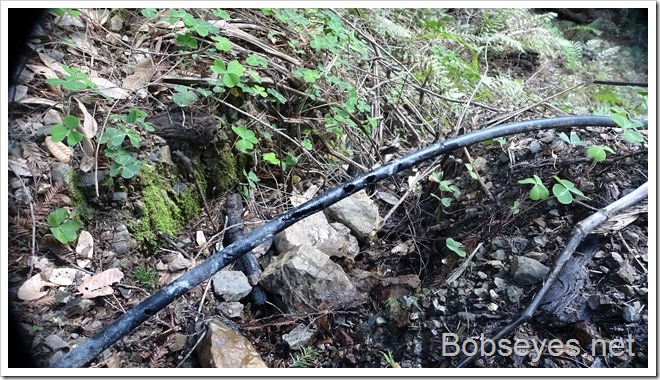 So I left that pipe thinking I’d fix it eventually.

I rode the bike up to this spring, white pipe in the back and checked it out for flow. No problems at this one. 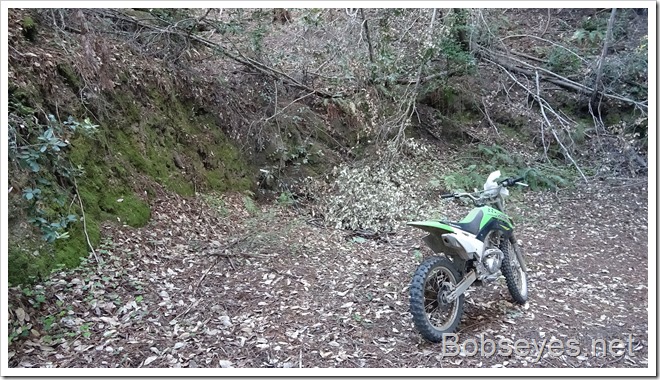 And then I rode the bike up to the top of the mountain to this spot, the Guerneville Overlook. 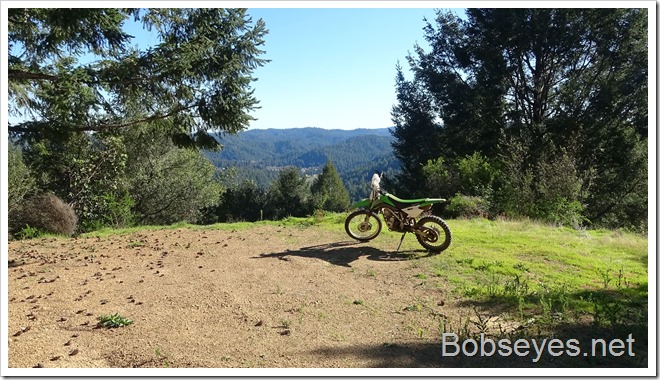 This was the view of Guerneville today. 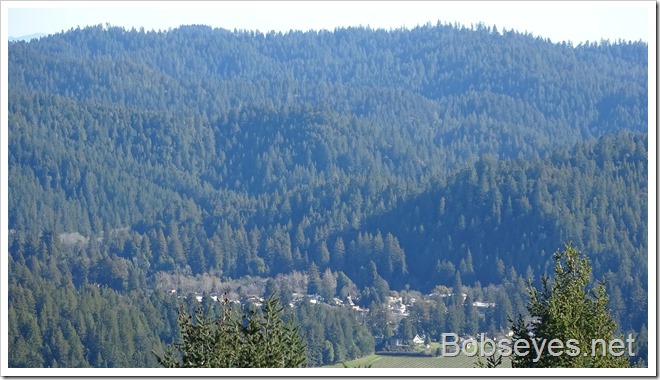 A closer look at the town of Guerneville. The Russian River runs by it and sometimes floods the town out. It was originally a mining and logging town in the olden days. 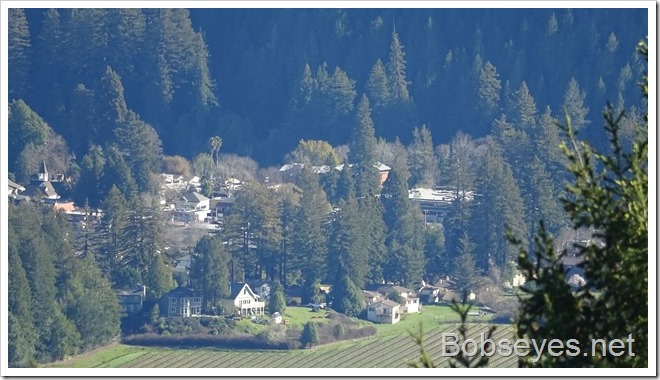 Heading down to another place to check on a spring I ran into this down tree that fell across the road during the winds the other day. It was rotten and not too heavy so I was able to move it off the road. I was surprised there weren’t a lot more trees down. 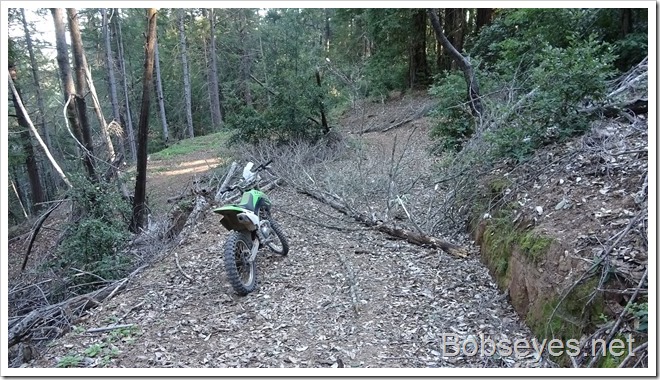 I rode down to our main spring and measured how much water was flowing. 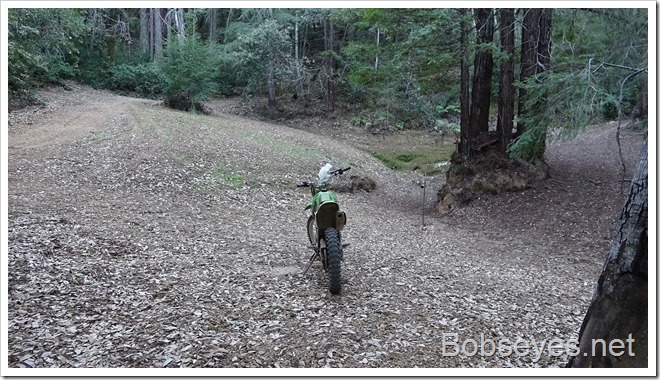 About two and a half gallons a minute was coming out of the pipe. 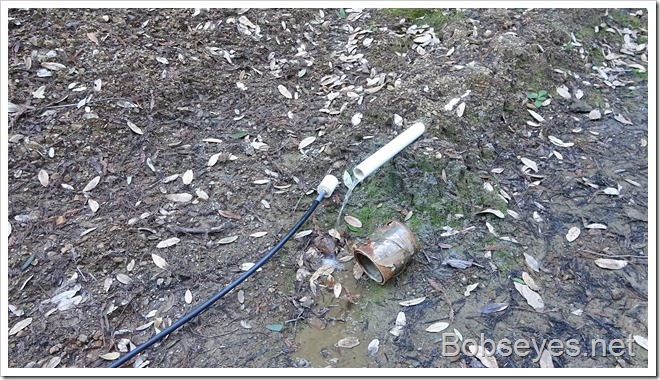 While at that spring I found a piece of back pipe laying there that wasn’t being used so I dragged it with the bike back to the rodent hole pipe and spliced it into the water line after cutting the pipe with the holes off. 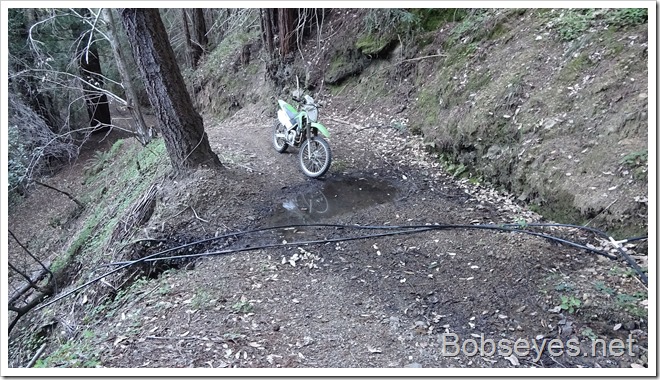 Lots of water in this one for now

Then I rode over to this spring. I had to clean this one out and hook it back into the system. If I remember it had about six gallons a minute. 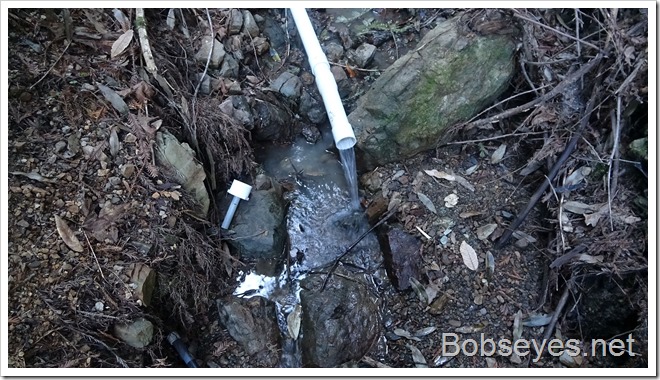 With those springs all working I needed to go down to the tank area and hook the pipe up from some of the springs that I disconnect in the winter and just worked on. I parked here above the water tanks. 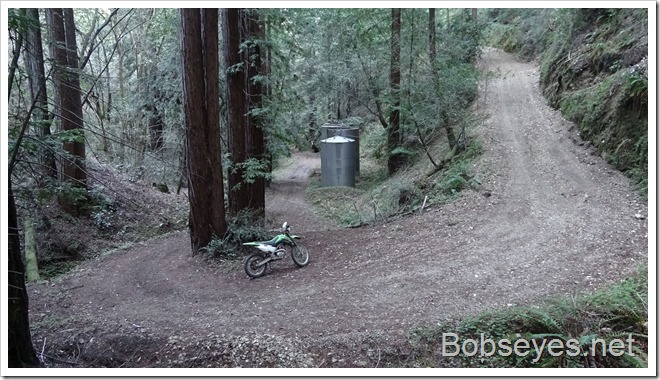 And walked the short distance up that ravine in the back there where I have some water valves. 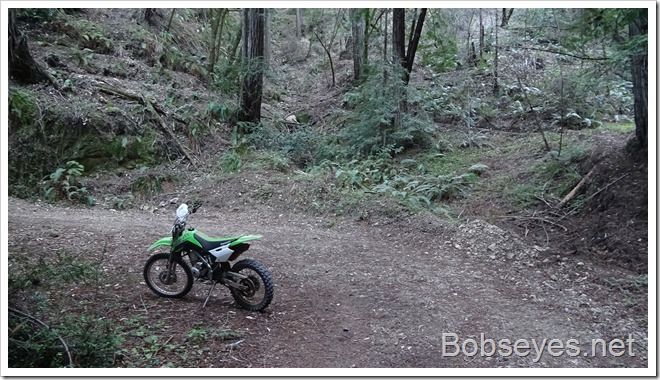 All the spring pipes cone together here. I measured the water flow and found I had about 8 gallons a minute, about 480 gallons of water an hour which will taper down as summer comes on. 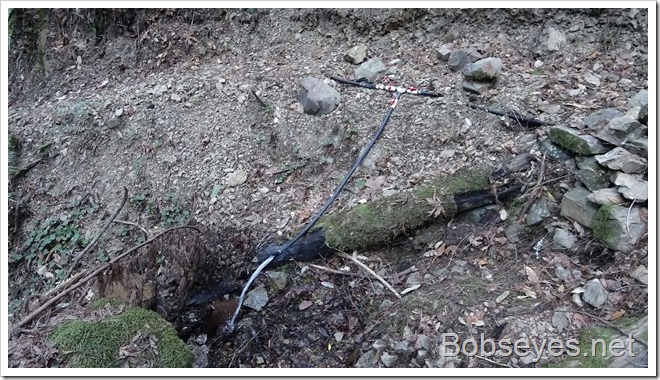 That’s all I had to do on the springs so I rode on home for a break.

The last thing I wanted to do today was grease my van so I set up for it while taking a break. 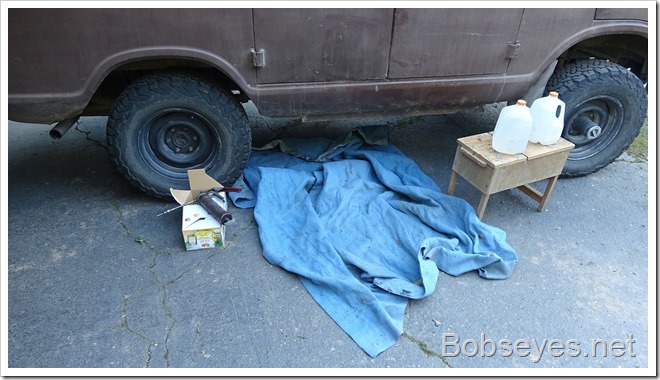 I didn’t really feel like doing it, but I made myself do it just to get it done.

And the day was about over.