I was up late last night so I got a late start today and was dragging my butt a bit. :O)

I made some modifications on my mouse, rat trap. I replaced the wooden ramps up to the bucket with some plastic pipe as I feel the wood had places for them to cling to as it entered the bucket but the plastic pipe doesn’t. I also replaced the wooden part that turned when they got on it to plastic for the same reason to make it slipperier. I will still use one of the wooden ramps to get up to that short pipe and the longer pipe can be set on something. If this works I might get longer pipes later but that’s all I have on hand for now. 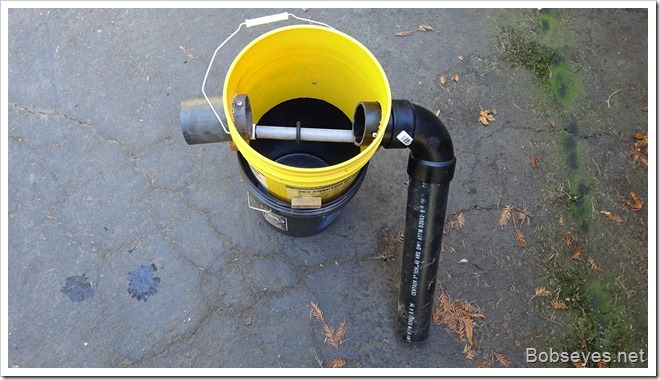 Working on getting some cams up in the attic

Working on another design

I also made some plans to make another one similar, but works different which I will construct once I round up enough stuff to make it.

My old garage’s roof has a piece of metal that’s been flapping when the wind blows hard so today I got up there and put some new screws in that piece of metal. That makes it ready for winter. 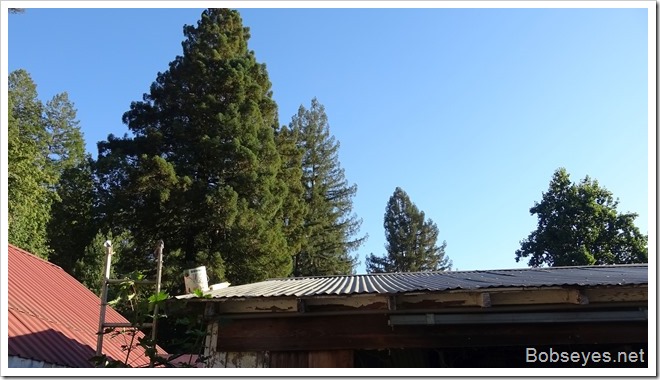 I finished off my big pot of vegetable soup for lunch so I gathered some more vegetables to make another pot tonight.

Here;s some big beef steak tomatoes that I’m going to pick for the soup. 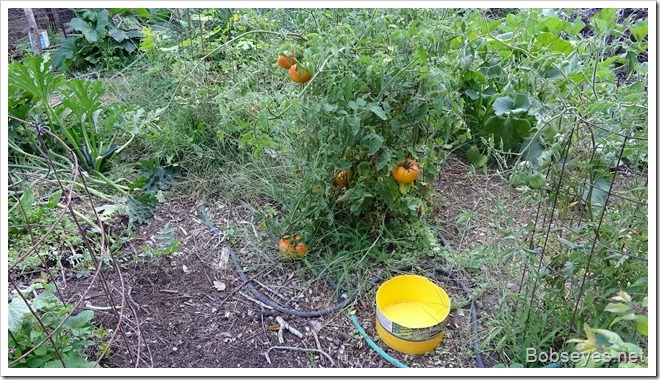 I also picked a couple of zucchinis and cucumbers for that soup. 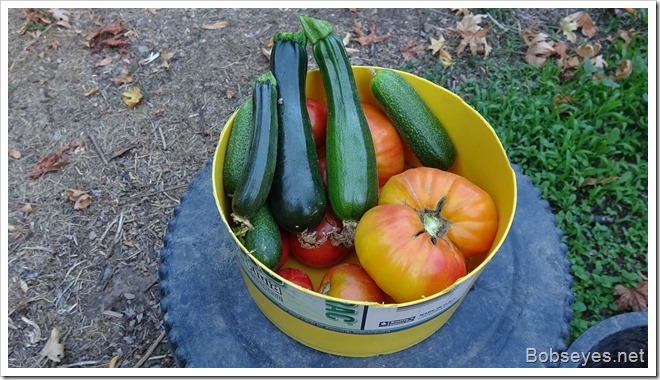 Which reminds me I need to go over to my brother’s garden and get some broccoli before it gets too dark, so off I go now.

Cut up vegetables and made soup

I got some and returned and cut up the vegetables and loaded the big pot up with them for soup and it’s on now. In two hours I’ll have a nice pot of soup.

Forgot to get some barley for it again, can’t seem to remember that when I’m at the store, but the soup doesn’t really need any as it’s good the way it is.

Here’s my rodent trap up in the attic before I modified it. 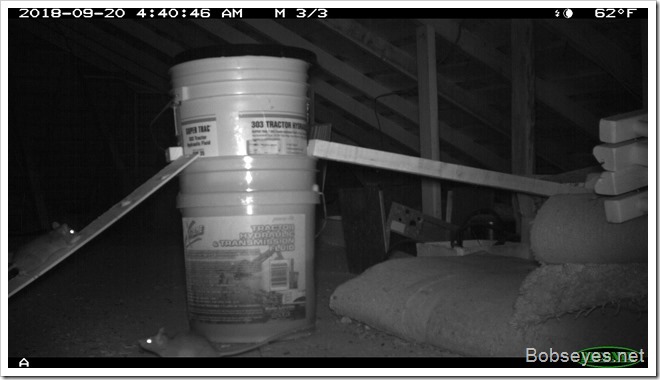