Rodent Trap Improvements And the Young Chicks Go Out To Graze

These rodent traps I’ve been working on have been sitting around taking up space and getting in the way so I thought I’d work on them a bit.

I started out with the smaller one that needed some smaller wire on it as the one inch stuff lets too many rodents escape and the trigger pan needed some mods to improve it’s trip rate so I worked on that for a couple hours and got it done.

Trap ready to work on. 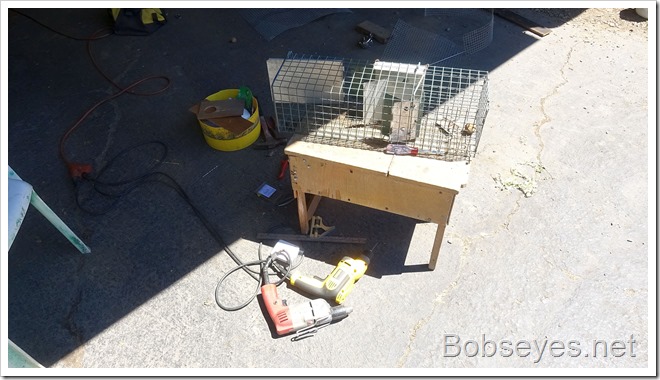 After that I did some chair hopping and decided to put some water on the big woodchip pile to start it mulching faster. 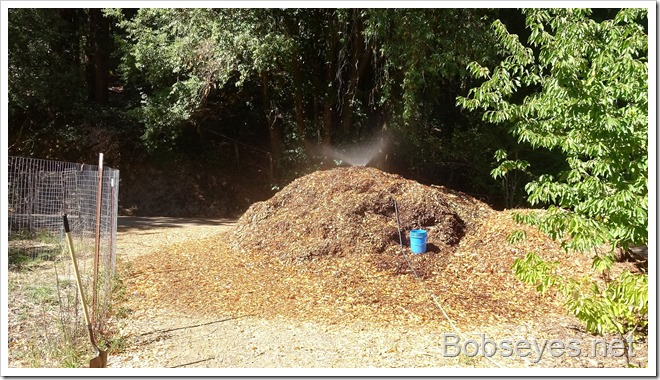 Then my brother Tom came by with his trailer that he needed to check out the lights and air up  the tires as he is going to be picking up a side by side he’s purchasing. 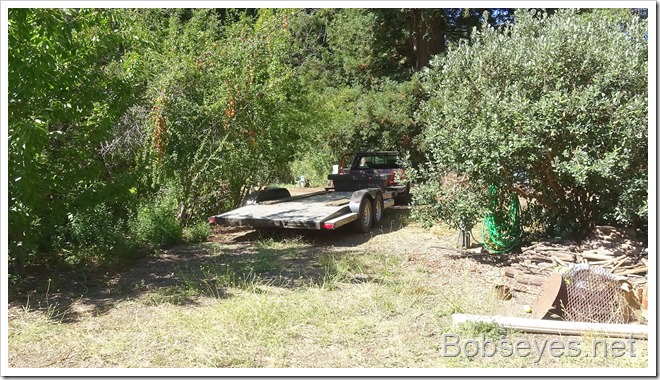 Chicks need to get out to graze

I’ve been letting my chicks out into the yard for the first times lately trying to get them to go out and feed with the older chickens. They’ve been slow moving out from the chicken pens they are used to but are finally starting to go further from the pens. Those two white ones are young ones heading out to graze with the big guys. 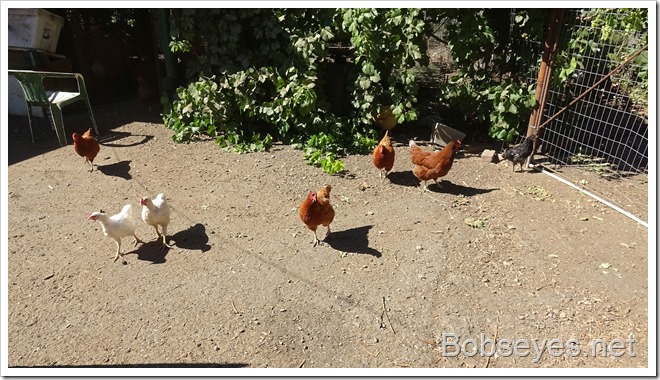 The last trap to repair

Eventually I got back to work on the last rodent trap I need to repair and improve. Well, I mostly studied what needed to be done to fix it as I had enough trap repair for one day. 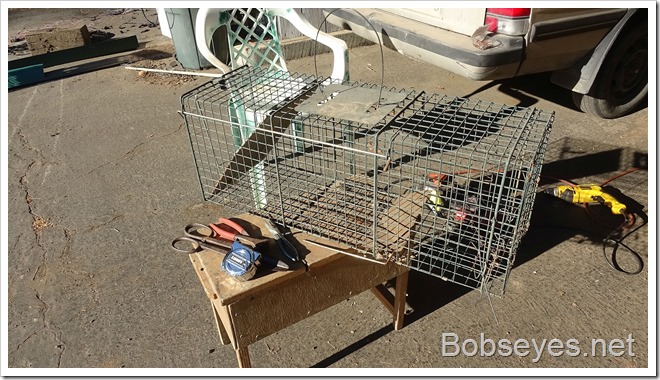 More of the young chicks moved out to graze today so I think they are getting the idea and becoming braver. 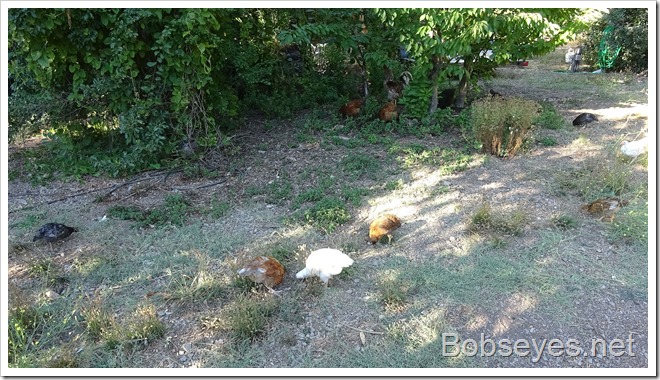 I collected the day’s eggs and noted this broody chicken in the nest which I will move to the roost with the others after dark. 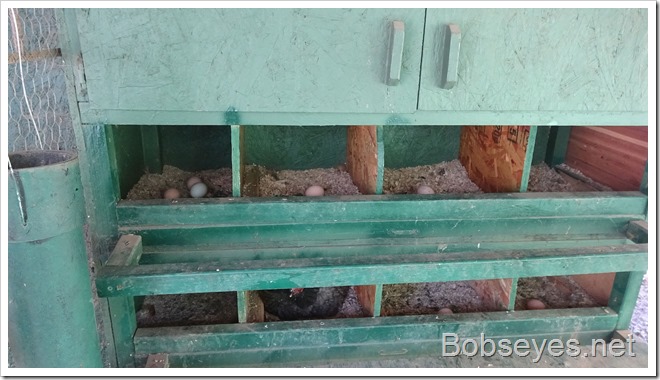 The chickens have been tearing this woodchip pile up. It’s amazing how much stuff a small bird can tear up and move. The white bird on top is the main rooster watching over the flock. 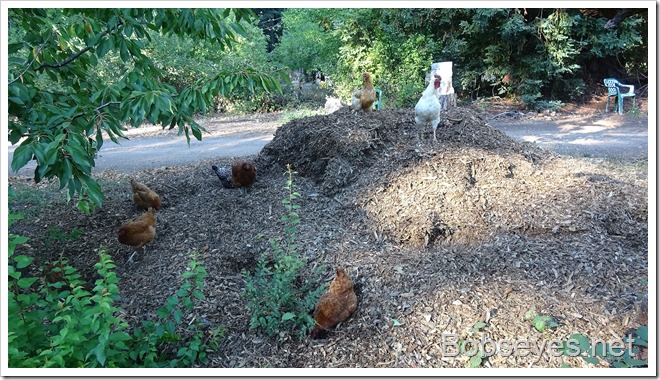 I’d been meaning to do some trimming of the older vines that already  had berries so I got out the loppers and headed for the patch. 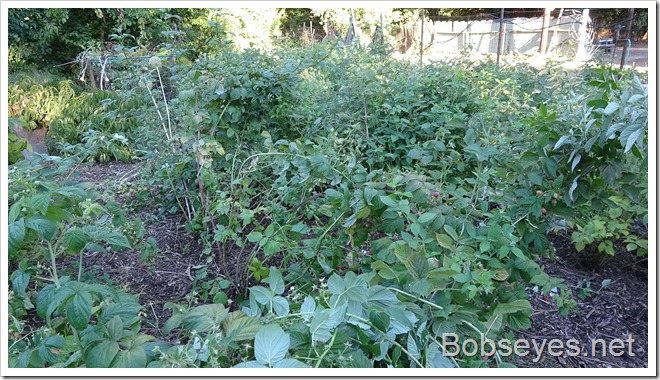 There are some berries to nibble on as I work. 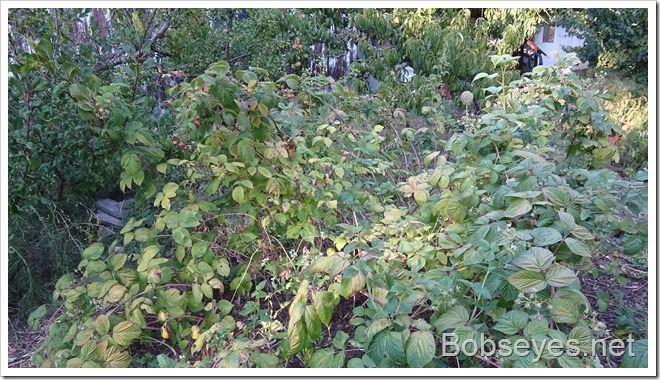 These are some of the spent vines I cut out. 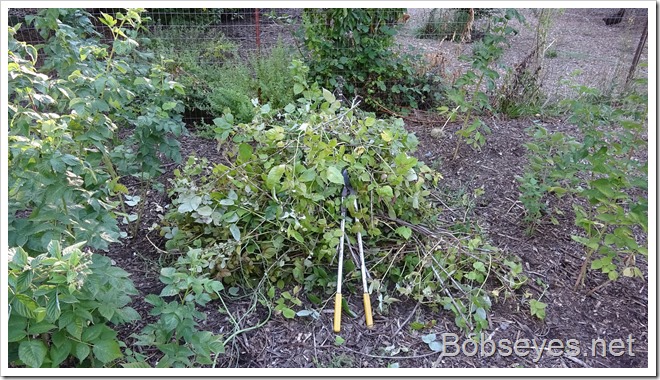 They got hauled to the mulch container to mulch out of course. 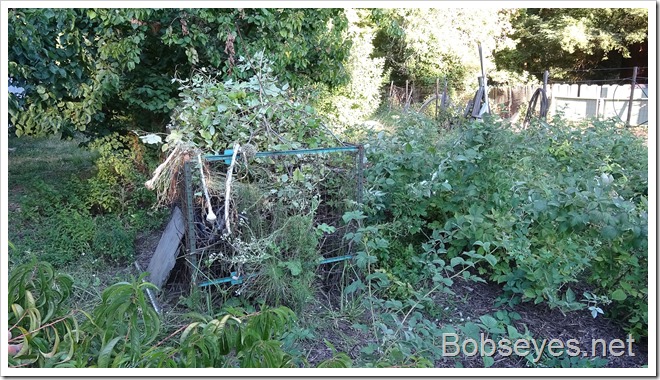 After that it was late in the evening so I did some final chair hopping and enjoying the day.