Found an inside job

It was raining real hard this morning so it looked like a stay in the house day.

I went out to feed the chickens. They had some puddles in their pen but seemed to be doing ok. They have a mostly dry pen but they can go out into the mulch run and get wet and some did. They don’t really seem to mind the rain too much unless it’s coming down hard and making a lot of noise. 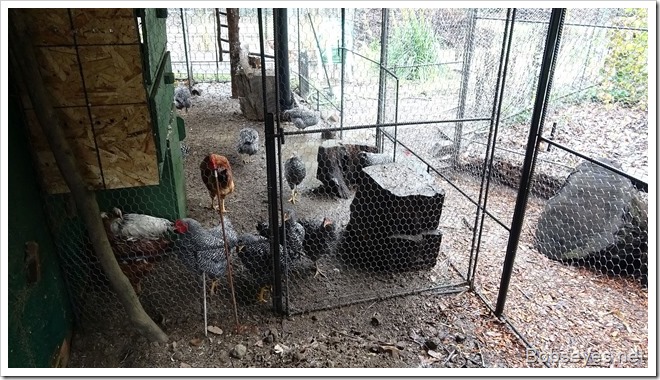 Preventing rodents digging under the coop

I’d been noticing where some mice or/and rats had been digging holes under my chicken house and decided to do something about it.

Since it was dry in this pen I got my tools out and dug a ditch around the coop so I could bury some wire around the sides of it. 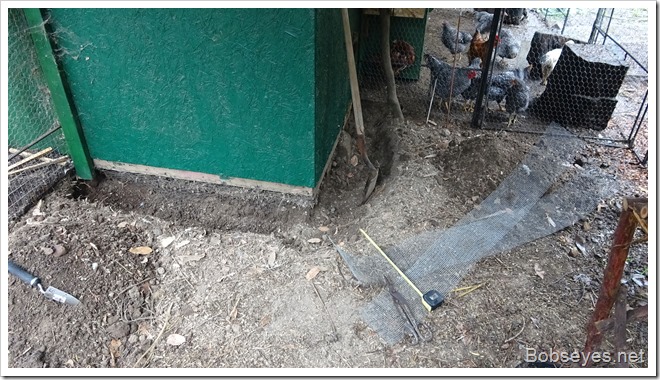 Here I’ve got the wire in and am burying it while the chickens watch. 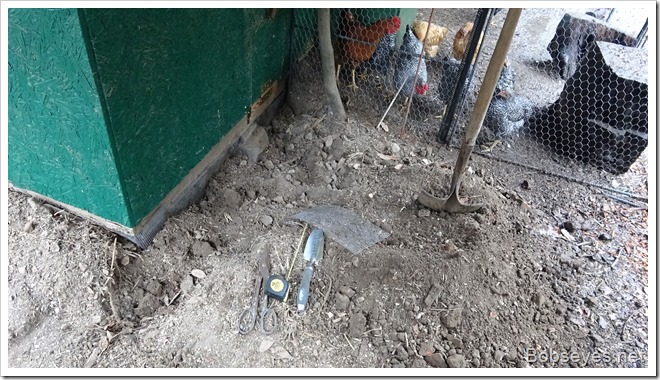 Working on a trap

After that I got my quart can and drilled a hole in the center of each end and mounted it in my mouse/rat trap. I think it will work better than the plastic bottle as it has more mass. I will put a bit of peanut butter on the can near the middle to attract the critters. I also mounted the can higher as they don’t appear to like to  jump down on things. It’s hard to tell but the end of the can is about an inch and a half above the bottom of the black entrée pipe so now they have to hop up onto it. The idea is they get up on the can to eat some peanut butter and the can turns and they fall down into the bucket. Some water in the bottom of the bucket does them in. I put the bucket up in my house attic for now as I can hear some activity up there. 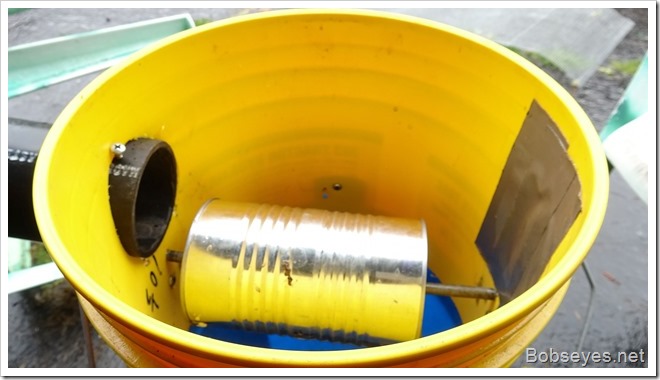 Let the chickens out so I could work

About an hour and a half before roosting time I let the chickens out into the yard to feed. While they were out there I dug and buried wire on their side of the pen.

It was raining lightly as the chickens grazed away. You can see their feathers are pretty wet if you look closely. 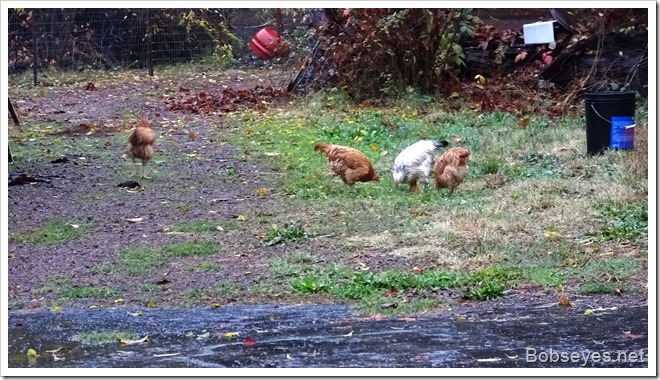 Back to the roost

Just after five they marched back to the chicken pen and jumped up on their roost for the night. 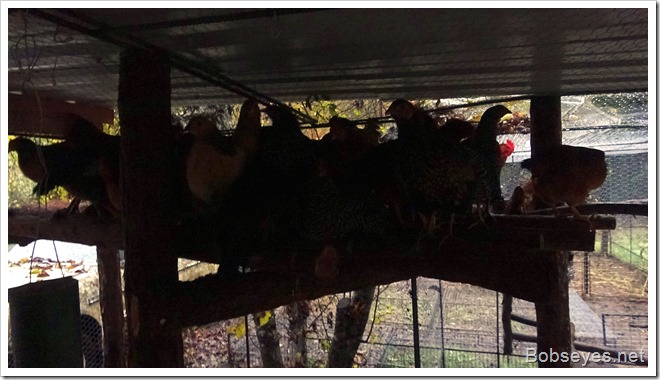 I headed for the house stopping to pick up some fire wood for the night on the way.

That was it for me today, not bad for a rainy day. I see there are about four inches of rain in the bucket. The rain seems to have stopped for now.