Rode up to he hermit’s place

I thought it would be a good day to take a ride up to the hermit’s place to see if I could catch the new owner there.

I rode up through a busy park and took the road on in to his place across this bridge. 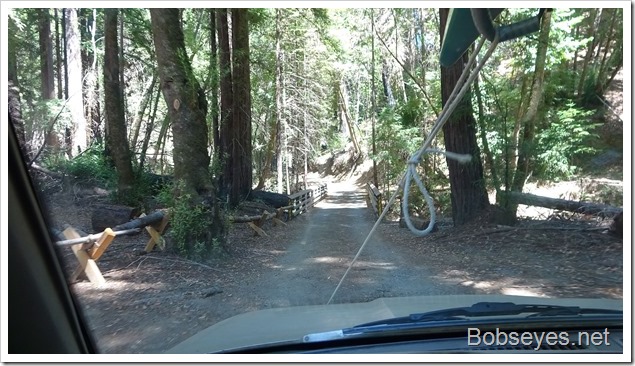 The new owner wasn’t there but this deer was. The deer own the old garden for now. 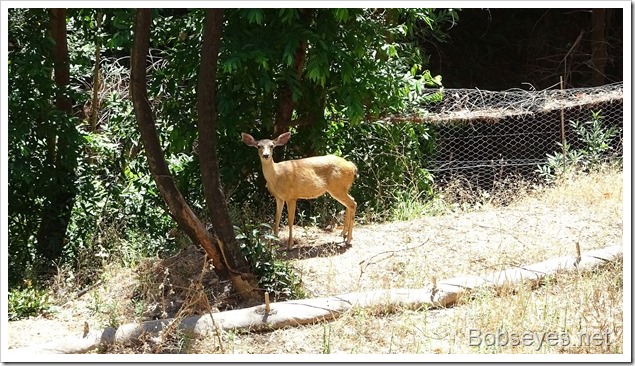 I sat around for a bit mostly thinking how a guy’s place can fall apart just like him. It’s seems to be sorta fitting. The new owner really has his work cut out for him. 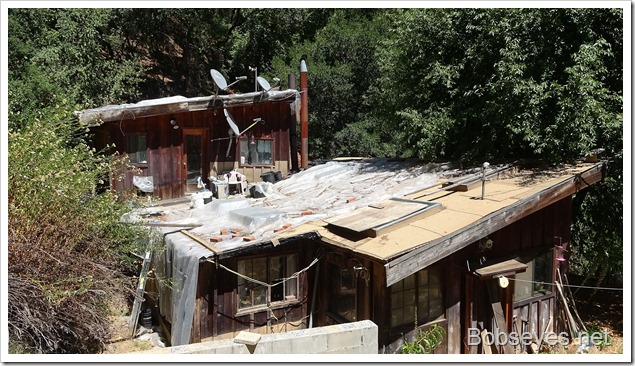 Heard from the new owner

In the evening I got an email from the new owner saying his camera caught me there. :O)

He also sent me a video of two baby coons eating the cats food at the place where he’s been feeding it. 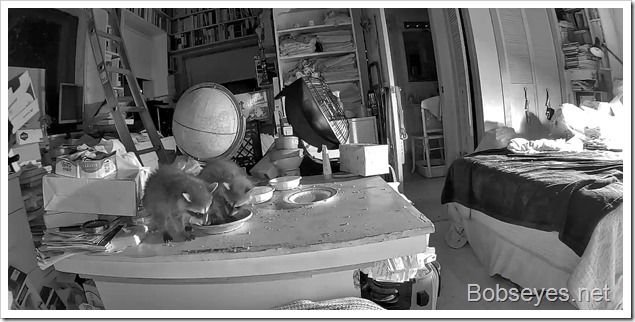 Checking out the road

I left there and decided to ride up the park road to see how they did at paving it after all the fire trucks tore up the road during the forest fire a couple years ago. As you can see the road is mostly one lane and the new pavement looks much better than the old stuff that was crumbling even before the fire. 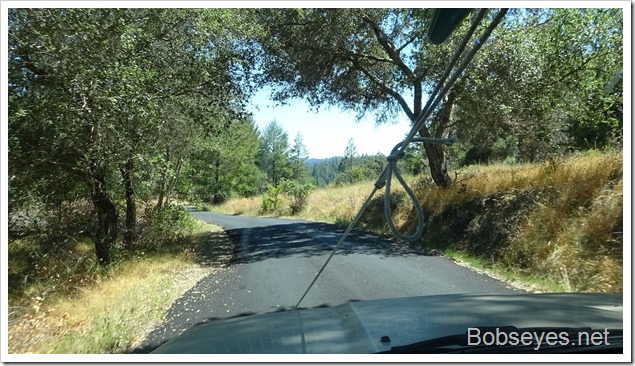 Going back down I ran into this truck coming up the hill. I was able to pull onto the spot just to the left of the truck so he could get by. 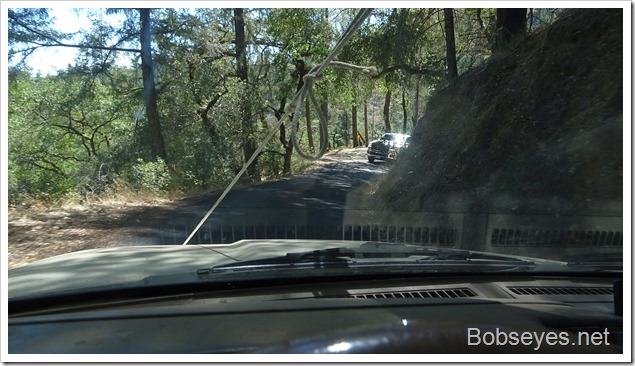 Another visit up in the hills

I had to stop at this this gate to get onto their property and ride up the road to their house. 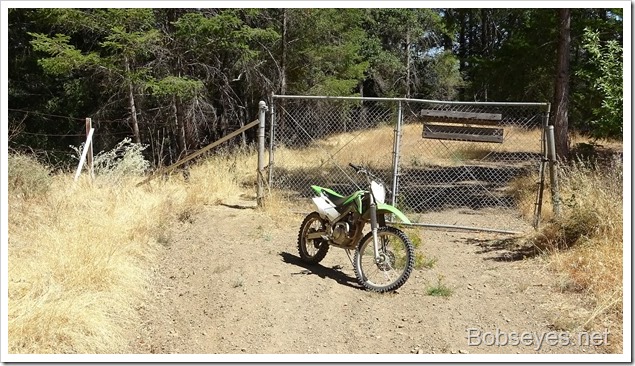 They have a nice view from their place, looking west towards the ocean just over the hills. 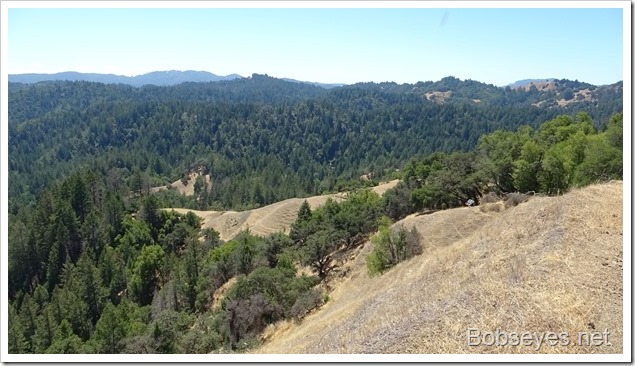 Most of the neighbors weren’t home but Ross and his daughter Lenah were so I shot the bull with them for a bit.

Then we decided to go for a dirt bike ride so we took off to go over to our place. We are just leaving their place here with Lenah riding with her dad. 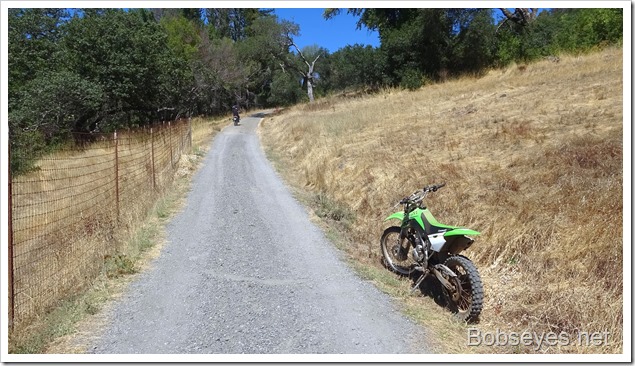 We stopped at the gate to get through it. 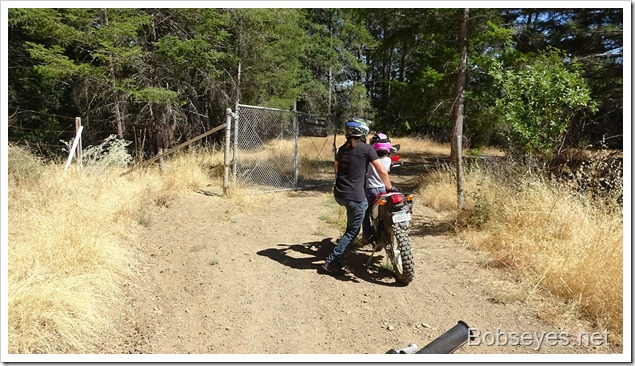 And rode over to the Guerneville overlook to have a look. We talked about removing some of the trees that were blocking the view and Ross is telling Lenah and pointing to her school down below. 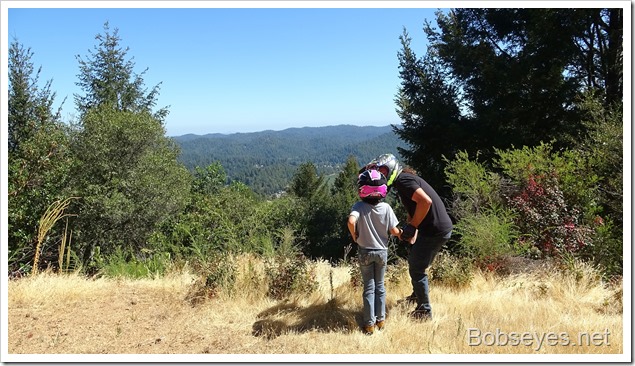 The view of Guerneville from there. 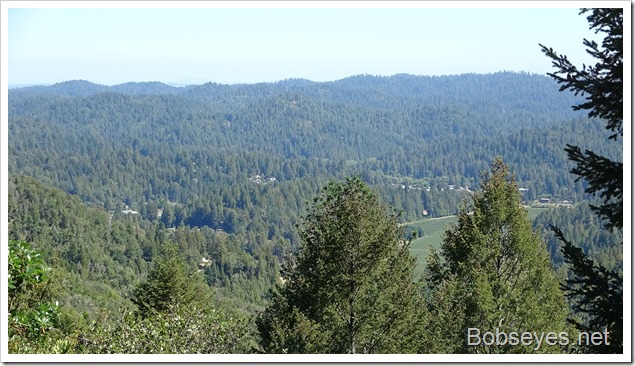 Next we rode up to the my cousin’s place for that view. Lenah is almost ready to start to learn to ride her own bike. Ross says he has one for her. 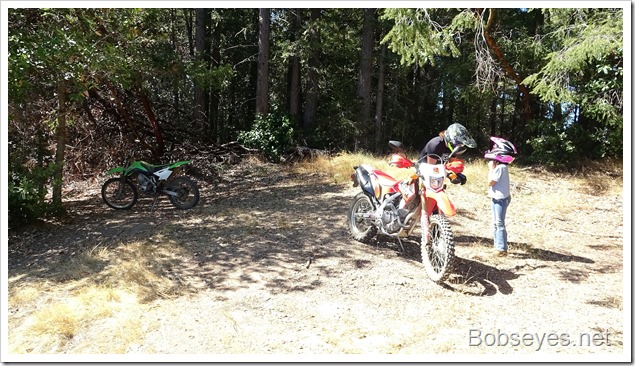 Lenah was a bit skeptical of the hammock until I showed her how to safely get into one. 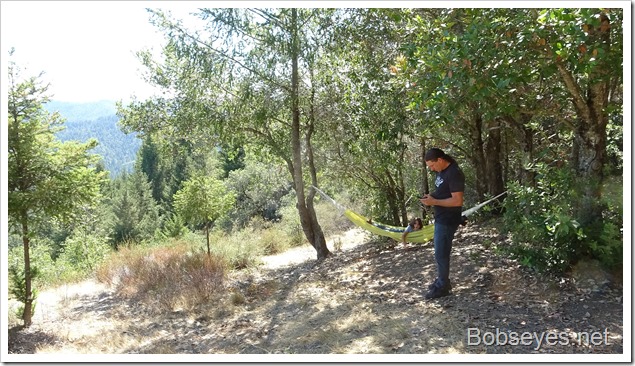 Drink at the spring

From there we rode back to our place and stopped at the spring for a drink of water. Lenah wanted to see if she could get up that hill which is about twice as steep as the camera shows. Her dad watched her carefully and she made it. Mountain girl. 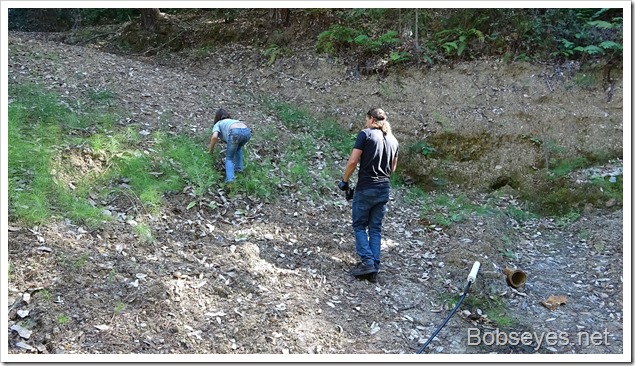 We rode around a bit more and then they left for home and I did the same for a nap.