Roadwork Confusion and a Nice Paddle at Jenner

I was on my way down to Jenner to kayak in the river when I came across this roadwork. The guy indicated I should stop so I did, but I should of gotten closer in the end. They were brushing the road up ahead with big brush cutting machines.

I was sitting there for a long time, first in a long line of cars. Finally the guy holds up one finger to say wait a minute, so I indicated I would.

Then he jumps in the truck and turns it around and indicates I can now follow so I did and so did all the other cars behind me. 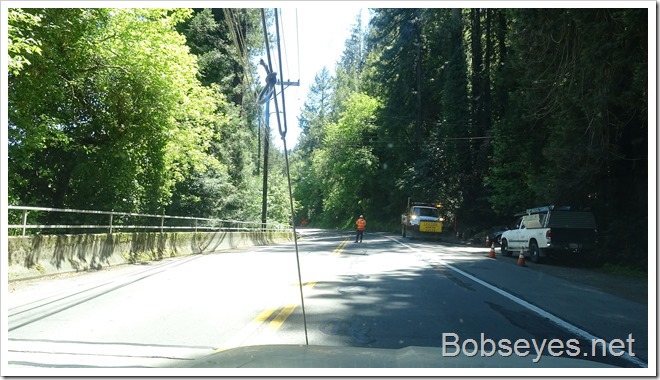 I was following the truck when he all of a sudden pulls over to the left off the road as there’s a long line of headlights coming at us. What? 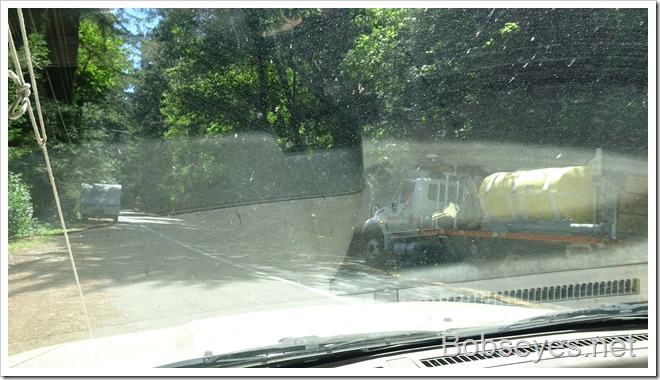 I heard someone whistling but couldn’t see where it was coming from so started to move when the truck pulled away, when this other truck in the picture pulls up on the right with signs on the back saying do not pass, follow me.

It seems while I was following the other truck I missed this one parked in the right lane a ways back.

Shortly after that he indicates for all the cars to go around him and I’m stuck out of line. I wanted to get back in line but no one was letting me in. So I went ahead and forced my way in almost getting hit and I was on my way.

Now if I’d pulled up closer when I first came across these guys maybe they would of informed me of what was going on or maybe not.

Apparently they were  moving the stop point down the road a bit but I didn’t’ know that at the time.

After thinking about it all I’d say is their traffic control sucked.

Here I am just about to drive into Jenner where I kayak just up ahead. 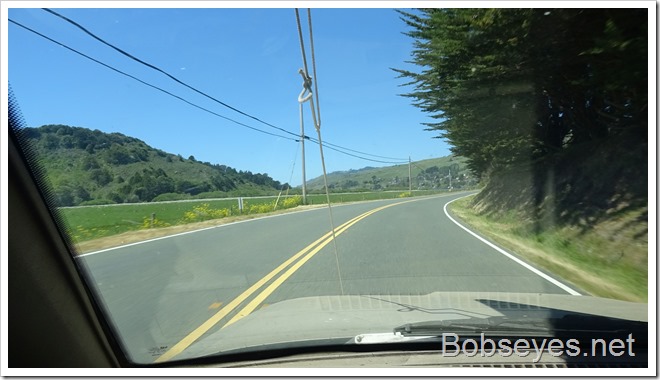 It was a nice day today, no fog but there was a little wind as I put the boat in the water.

I paddled across to this spot on the edge of Penny Island where I sat for awhile until I decided to go up river today about a mile. 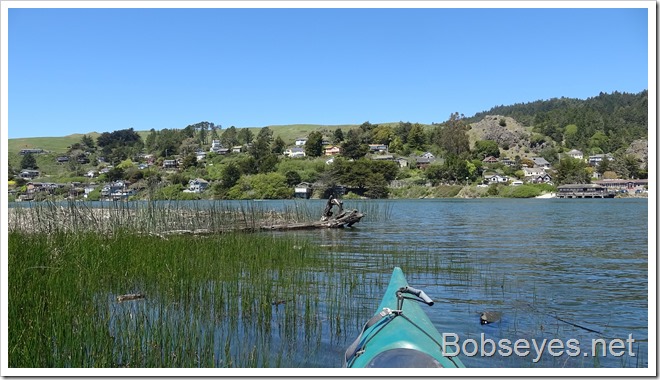 I paddled into this little channel on the upper end of the island for a sit. 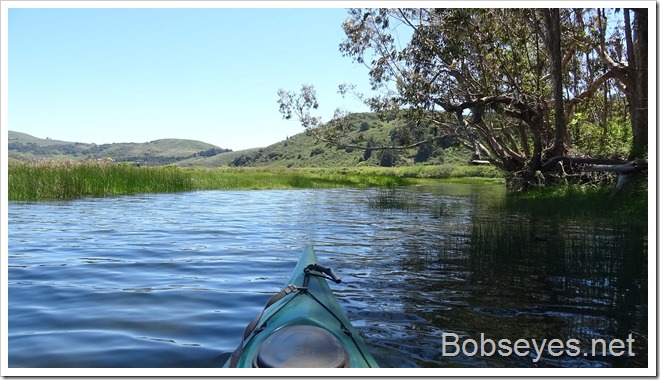 Going out the other side of that channel I sat in these flowers before continuing on up the river at my slow pace. 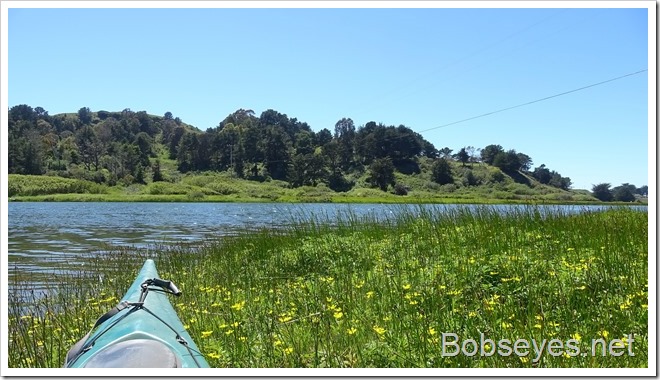 I made it up to what I call Muskrat where I usually stop and sit before turning back down the river. I could see lots of wild flowers on the hillside in front of me. 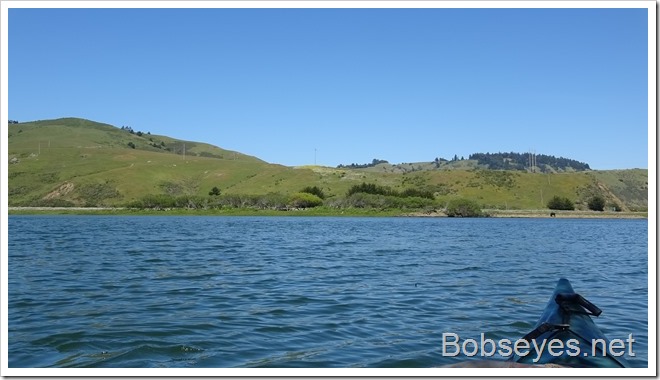 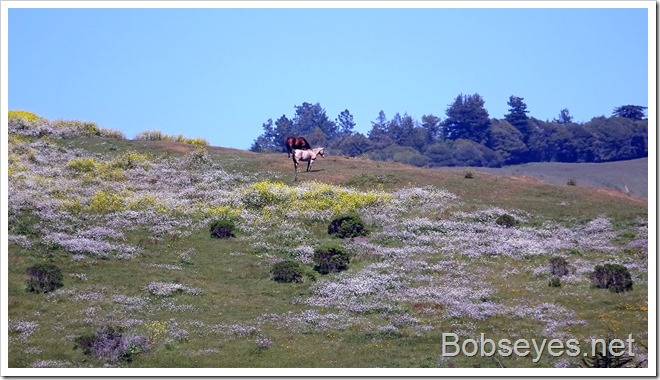 On the way back down the river I stopped at this spot for a bit. 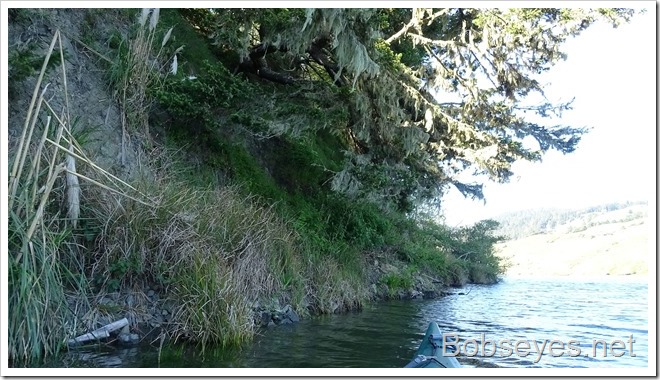 And when I got back to Penny Island I pulled into the little channel on the upper end again. 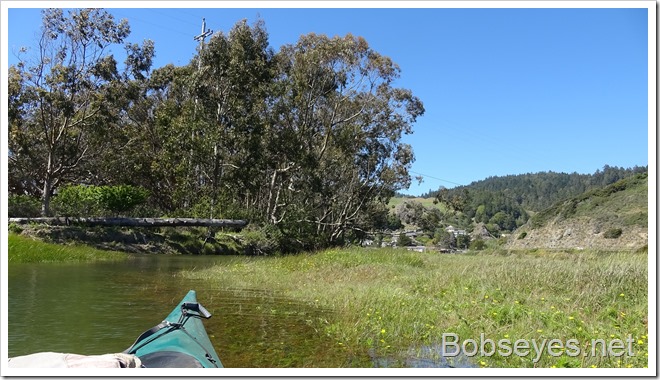 And sat in the channel for awhile resting my eyes. 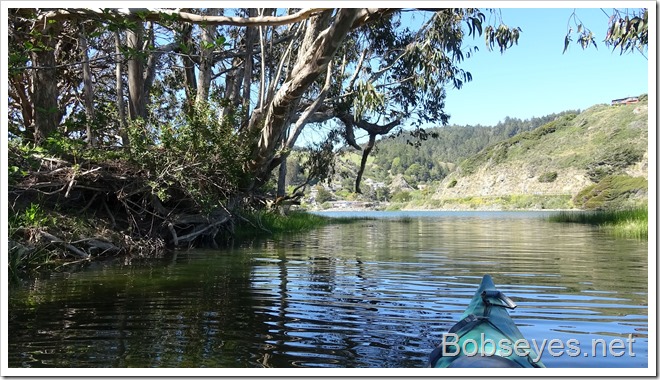 I was feeling tired so decided not to paddle on down towards the ocean.

I stopped in these reeds thinking about whether to go to the ocean or not. 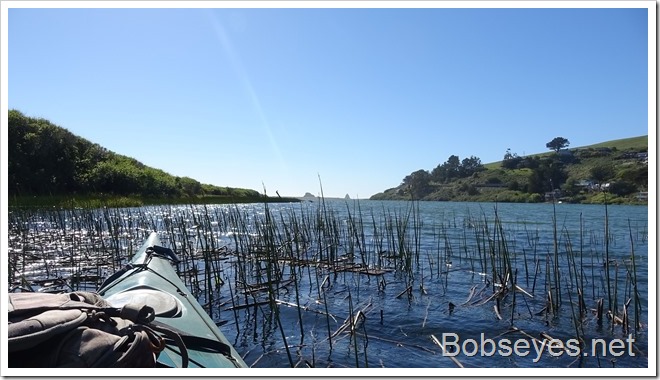 Behind me I heard something more which turned out to be this deer on the island feeding along the shoreline. 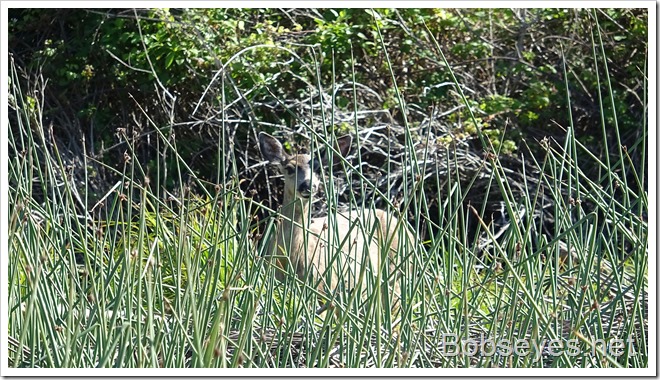 I went just a little further before turning around and heading in to the boat ramp. 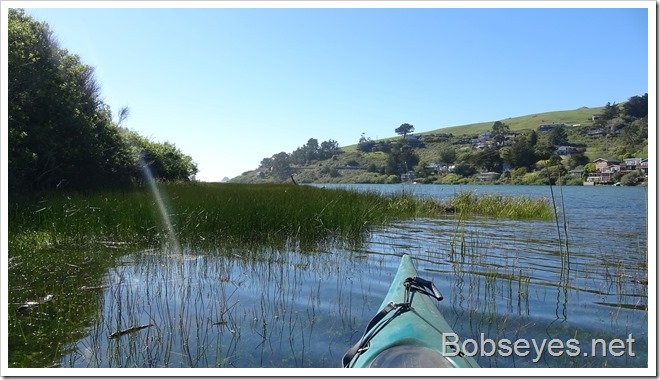 It was almost five when I paddled over to the boat ramp at Jenner. 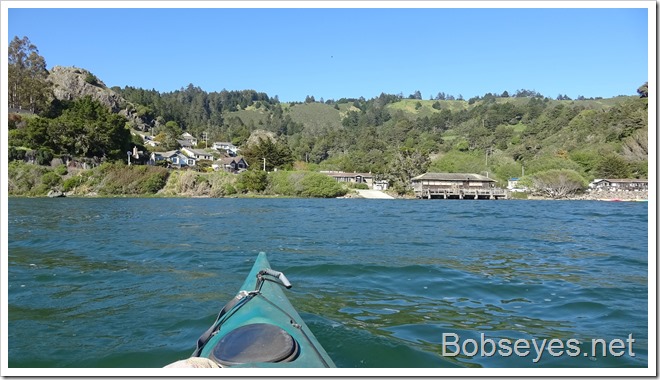 Once the boat was on the car I headed for home.

1 Response to Roadwork Confusion and a Nice Paddle at Jenner