Checked out the river’s mouth area

I planned to stay out of the sun today to let my sunburn cool off a bit. So I called Salmon Creek Ranch last night and made an appointment to pick up some bones and some meat all grass fed.

So I had some time to kill before I could meet with the meat lady at the ranch.

I drove on down to the Jenner overlook to have a look at the river’s mouth to see if it was still closed or open.

This was my view of the mouth area as I looked down. It appears the water agency took a bulldozer down and opened up this channel  to let some water into the ocean slowly and not wash a big hole in the sand. It didn’t look like the river water was getting into the ocean, but I was wrong. 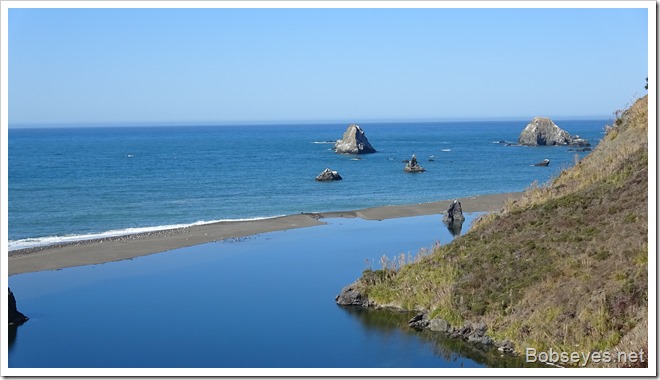 Closer examination of the channel cut showed this which looks like someone had cut a channel with a hand shovel so there was a little water flowing to the ocean. 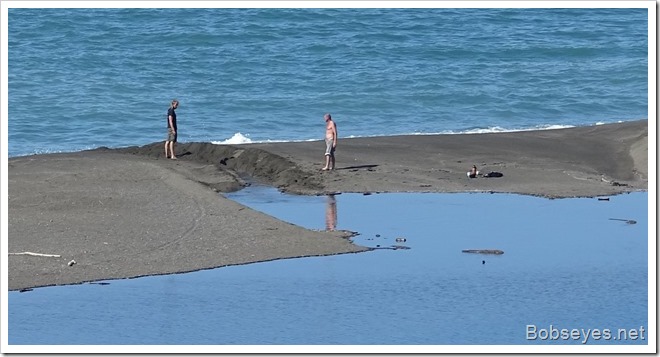 The water was fairly close to going over down by the jetty. 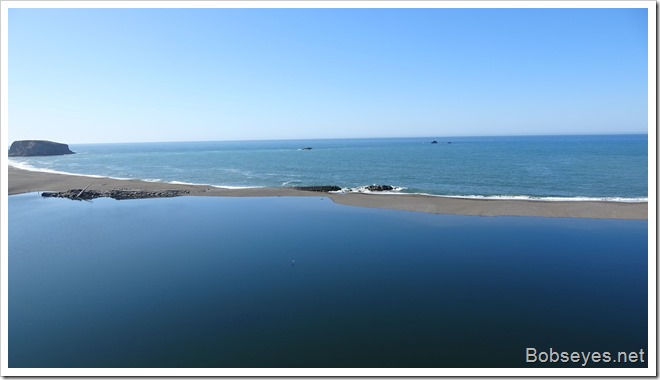 Here’s the low spot by the jetty. It looks like someone dug a shovel trench in this spot for it to open at one time, but it didn’t work. 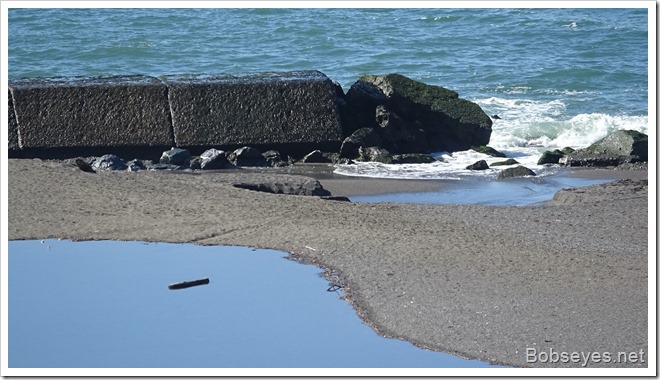 These cormorants where resting on a rock in the river below me. 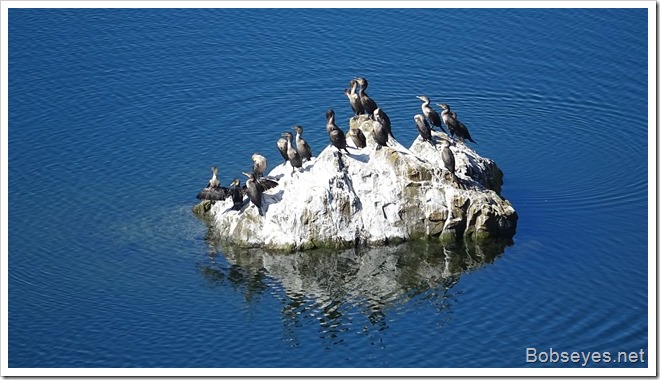 From there I drove down to Bodega Bay to where all the fishing boats were tied up and sat in the spot to kill some time. 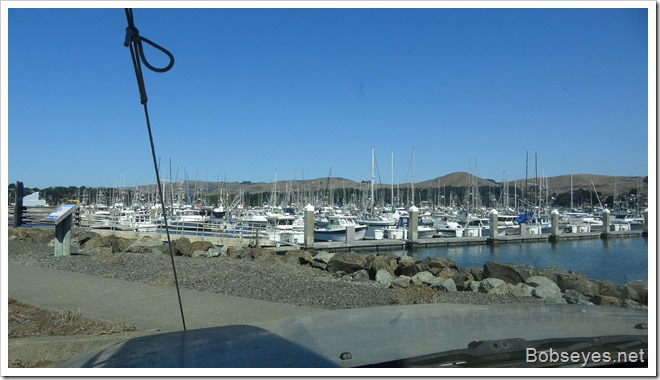 Eventually I drove over to the Bay Hill road that goes up to the Salmon Creek ranch to the ranch gate. 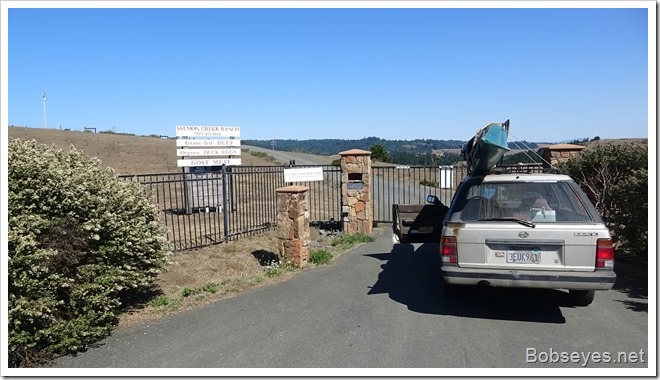 I was still a bit early so I stopped on the way into the ranch for a break. These cattle came up to me where I was parked to check me out. 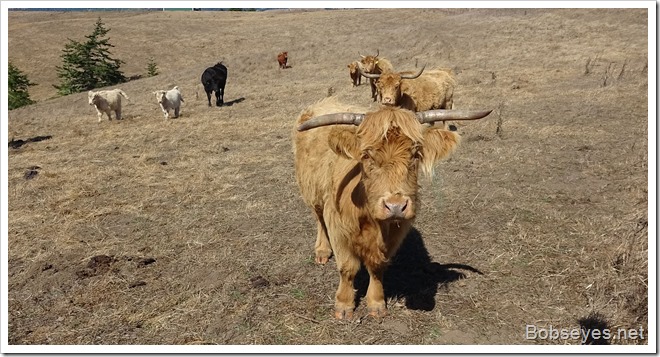 At my appointed time I drove into the ranch where the sales shop is. 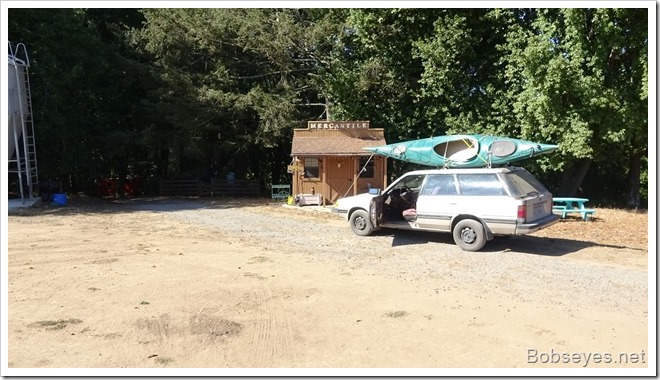 They fixed me up with some meat and some bones to make bone broth. 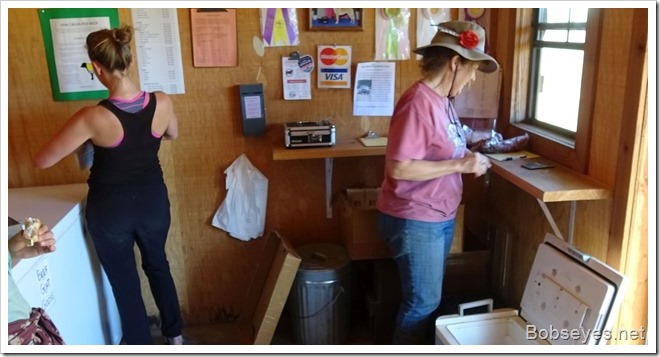 We all chatted for a bit

I shot the bull with them for a bit before taking off headed for home.

This as the view of Bodega Bay as I drove back down the Bay Hill Road. 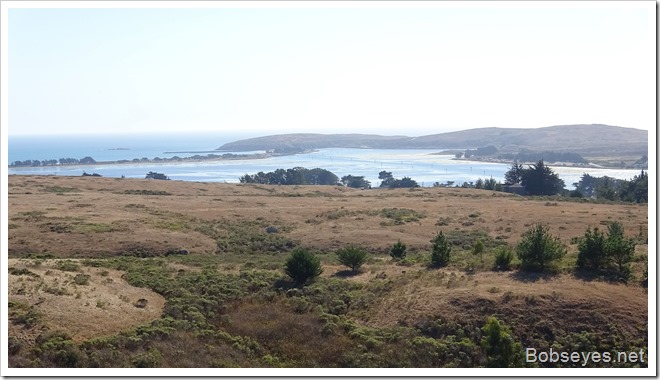 I made it home ok and put the meat away and sat down for break.

Hauling some dirt across the yard

Eventually  I got up and got my shovel and wheel barrel out to move some dirt from this gate spot. Some dirt has been falling down the hill right here. 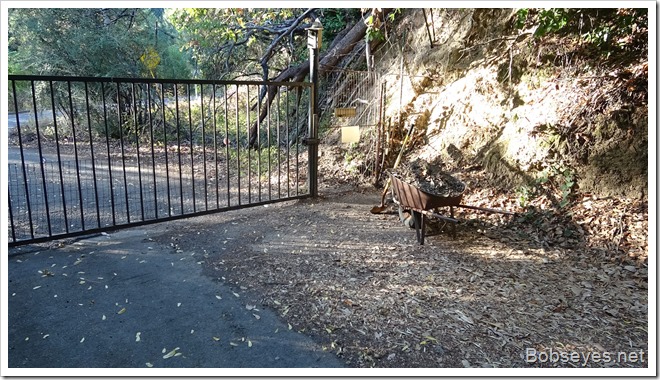 I dumped the dirt on the floor of this shed as it’s been sinking from a big ten foot diameter redwood stump rotting under that ground. 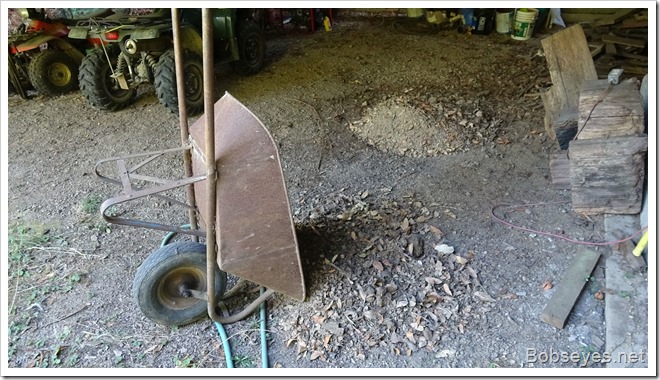 Three loads of dirt was all I could do, so that’s all I did and that was my day.

Bone broth to repair the body

The bones I got I’m going to use to make bone broth as it’s suppose to be good to heal leaky gut faster. The reason is bone marrow is where the body manufactures the repair stuff the body uses to repair itself. So bone broth is a good source for these types of things which are supposed to be better than using supplements to do the job.