River’s Fishable and I Paddle Around Jenner

The river is now fishable

I stopped in Monte Rio this morning on the way down to kayak Jenner. I was thinking I might kayak Monte Rio,  maybe.

But I also wanted to check to see if any one was fishing yet as the river is flowing fast enough now to allow it.

No boats in the water

There weren’t any boats in the water, but I did find these two guys fishing off the boat ramp, Bill on the right and Lance on the left and Bill’s dog is coming up to greet me. 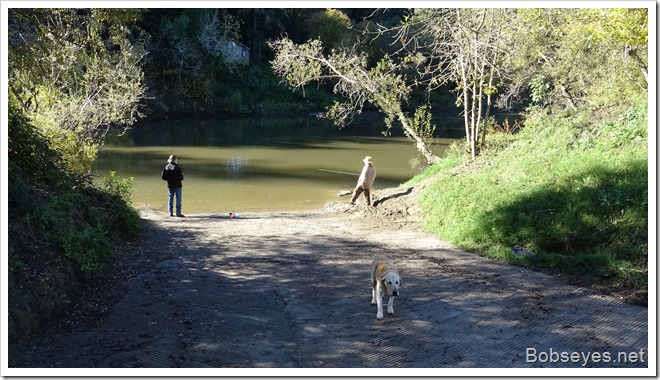 Salmon and steelhead too

It’s about noon and Bill says he’s released four salmon so far. They said the river is full of fish, even some steelhead. Salmon must be released but steelhead can be kept if they have the fin cut showing they are from the hatchery. It’s mostly the time of the salmon spawning runs and a bit early for steelhead, but hey, they are in the river when they are in the river. The water was just slightly dirty, but fishable.

I left them at it and continued on to Jenner to kayak for the day. The wind was up a little more than the weather guys said it would be, but still nice with the sun shining.

I paddled across the river to Penny Island and decided to go down along the island and head for the open river’s mouth.

I stopped here for a bit along the island. 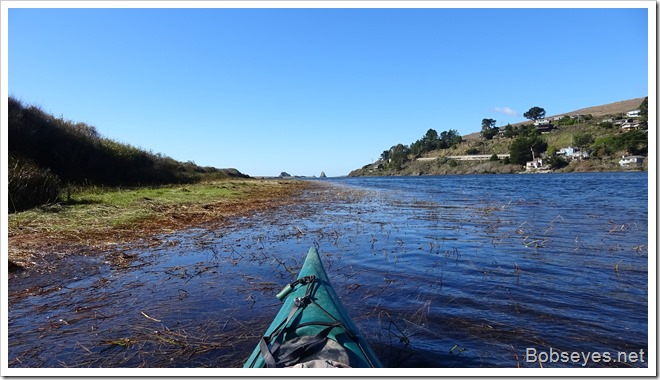 And I stopped here for a bit  looking down towards the mouth. 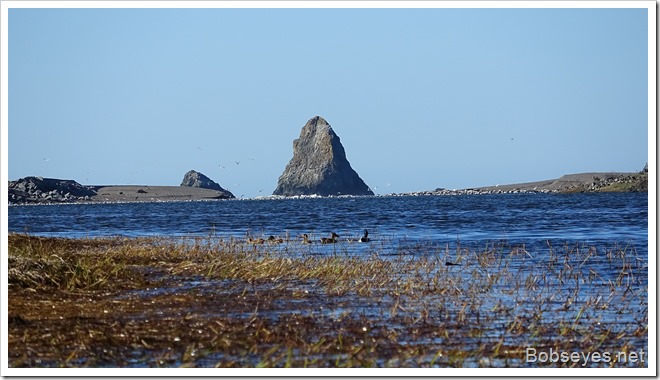 Eventually I paddled across the river to the mouth area up ahead. The wind was making some small waves. 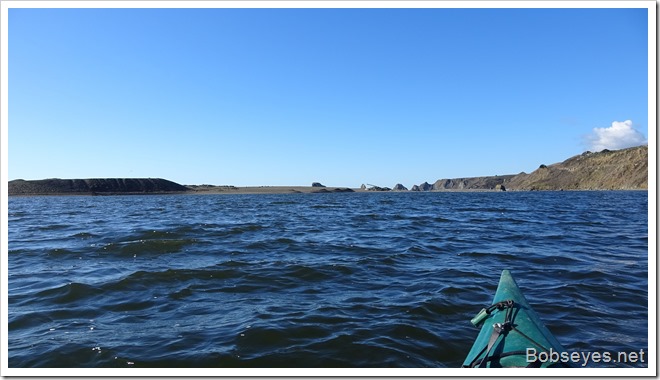 Plenty of birds around

As I approached I could see a lot of birds down there. 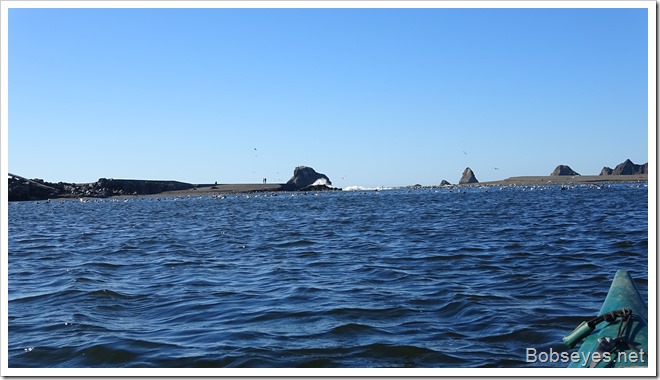 Some of the birds. 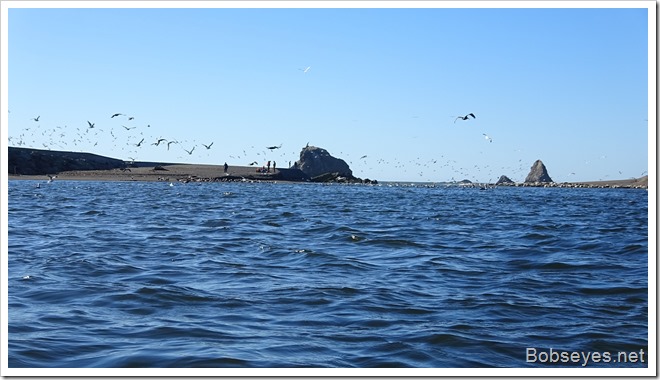 And of course the harbor seals were resting there on the sand by the open mouth. 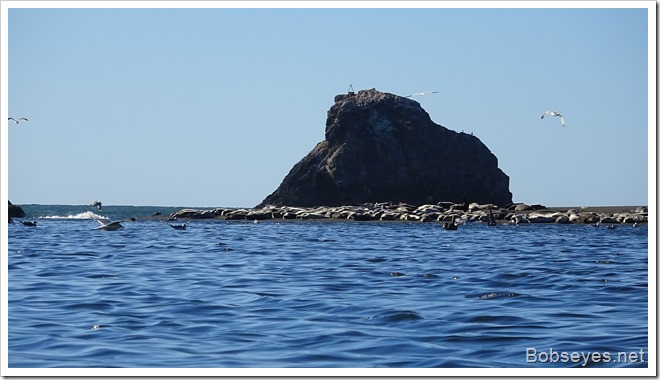 The brown pelicans were bathing and preening in the water making some big splashes. 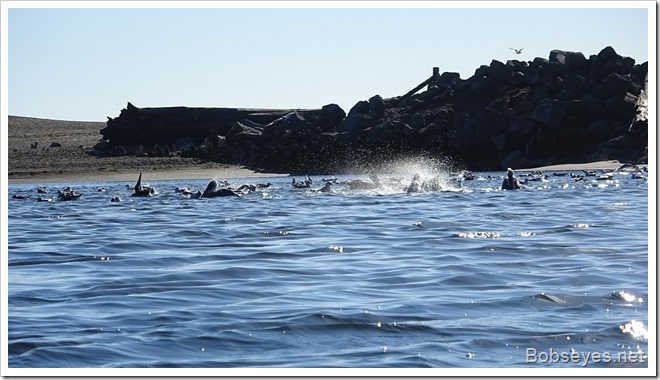 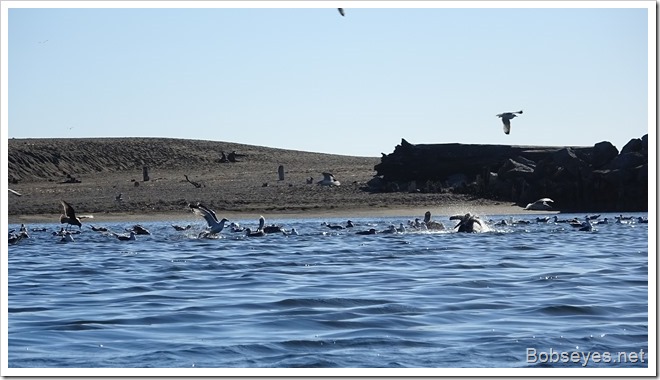 Going back up the river

I hung around the mouth area for a half hour or so then turned and headed back up the river headed for the  Penney Island back channel.

I passed by these grebe that spend the winter here. 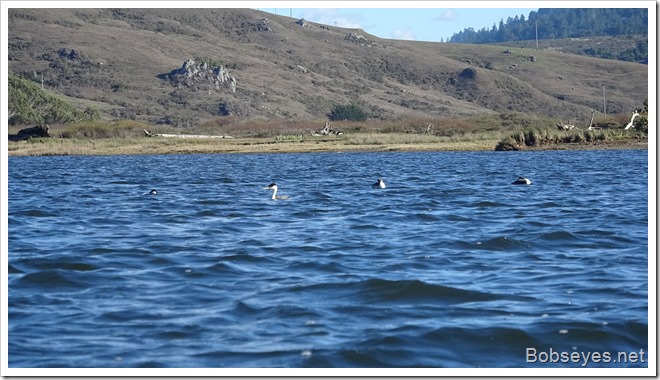 Sitting in the slot

I like to stop in what I call the slot as it’s out of the wind and my boat will sit still and not drift off. 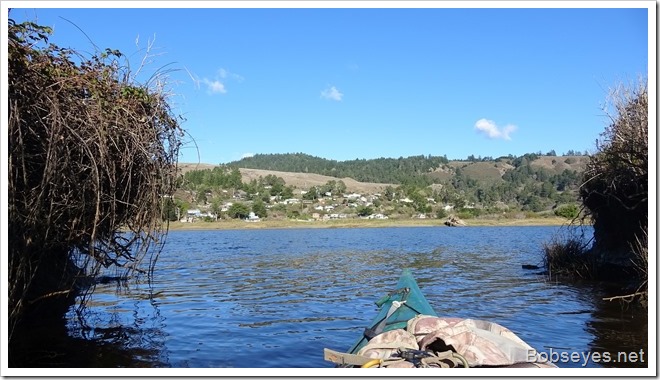 I spotted this kite hawk flying around over the island which was in front of me. The bird has stopped in the air and is kiting or hovering. 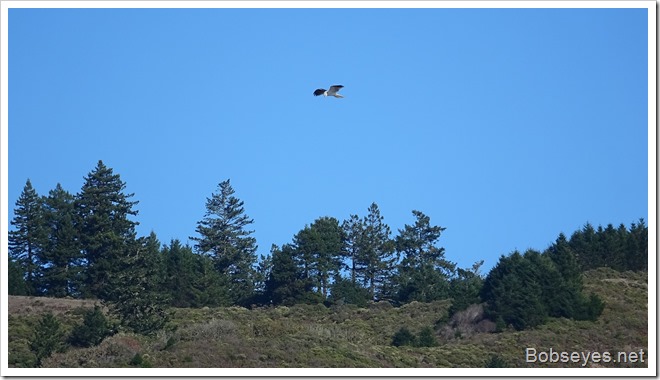 Eventually I left the slot and paddled up the back channel to the upper end of Penny Island.

I’m paddling up the back channel here. 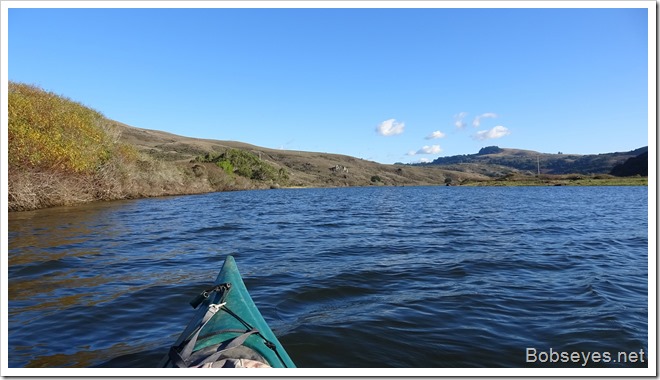 These coots and mallard ducks were resting here as I paddled on by. 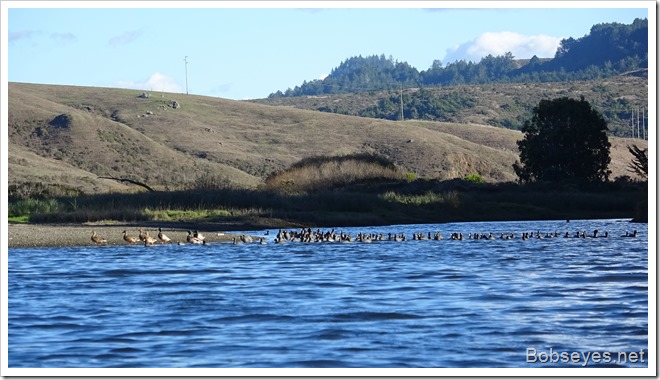 I made it to the upper end of Penny Island were I hung out for a bit, then headed on in for the day.

Left for the day

I loaded the boat and went on home for the day stopping in Monte Rio to check on the fishermen, but hey had all left for the day.

The day was almost over by the time I got home so that was about it for me today.