Since I didn’t make it to the river yesterday for a paddle, that’s what I did today. I drove on down to Jenner and put my boat in the water at the boat ramp.

Surprisingly I was the only one on the water. The sun was out and the wind was five to ten miles an hour, not really that bad, but a lot of people don’t like to paddle in the wind.

My plan was to paddle on down to the river’s mouth and try to record some videos of what really happened to all the big spawning fish here and likely throughout most of the world.

I paddled across the river to Penny Island and sat here for a bit just watching and enjoying the day looking back at the boat ramp. 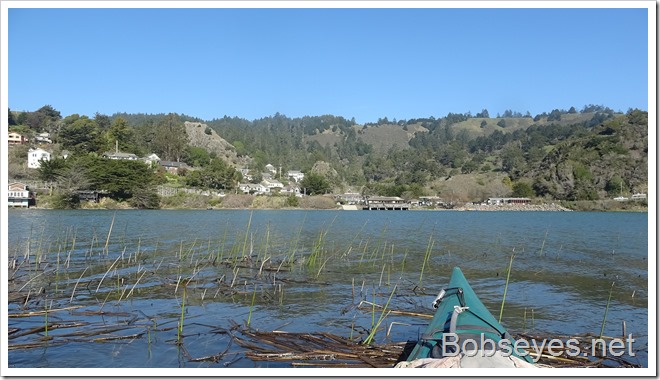 Then I started my journey down along the edge of Penny Island stopping here for a bit. I’m headed to the river’s mouth about a half mile or so away. 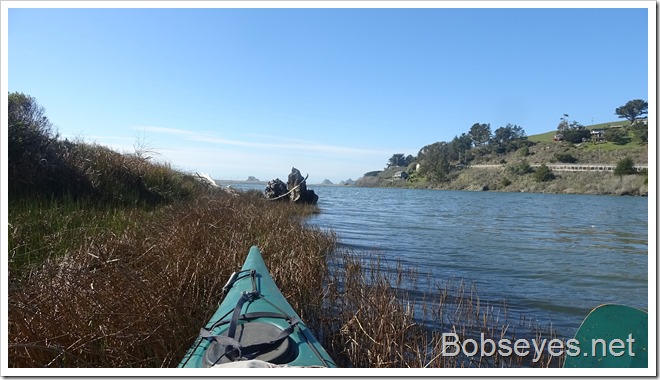 I realized the wind was making a bunch of noise so recording sound for a video might not work good as the wind messes up the microphone.

And worse than that I thought I had my external lapel mic, but when I looked I’d forgotten it, so maybe it wasn’t a good day to make some videos.

But it was still a nice day for a paddle so I continued down along the island’s edge stopping here at it’s lower tip getting ready to cross over the river and head to the river’s mouth down there by the big rocks in the ocean abut a quarter mile or so. 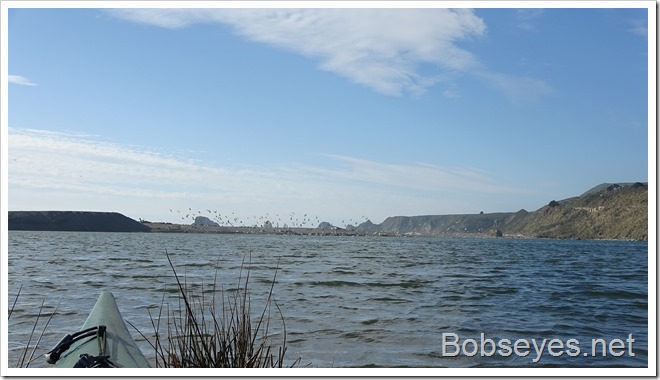 As I sat there for a bit I noticed these ducks diving to get something to eat.

I headed on across the river towards the river’s mouth just up ahead.

I pulled into the mouth area and found a spot to stop and sit in my kayak and check out all the action down there.

It’s hard to see but this is where the river is flowing into the ocean behind these gulls. 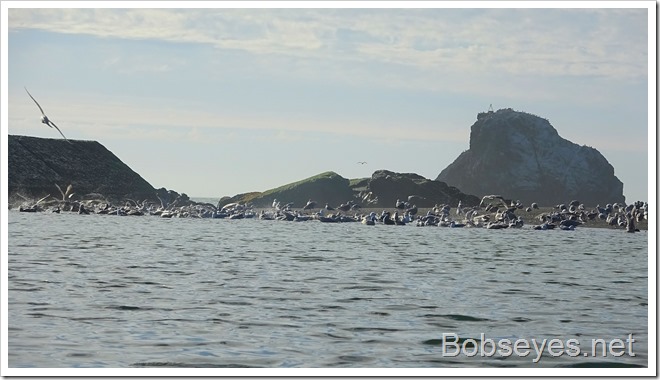 It was really noisy down there with the ocean waves beating up against the sandy beaches, another good reason not to do videos today.

There were lots of birds and harbor seals resting on the sandy beaches. 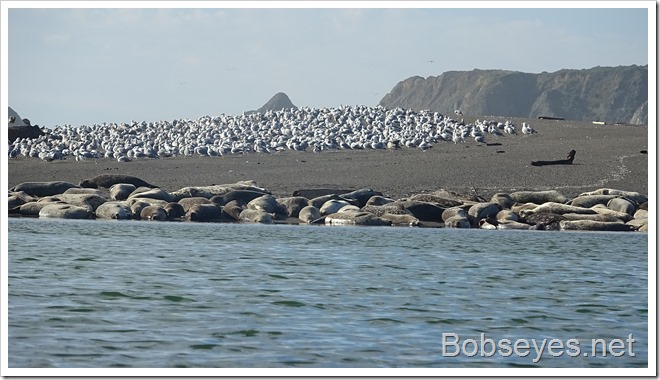 And there was one nasty sea lion barking loudly, the one with the whiskers. The others are harbor seals, much gentler that the  lions.

I say nasty because I don’t like or trust the sea lions. This one got behind my boat about six feet, barking loudly and followed me when I continued on to the river’s end.

After watching for awhile, I continued on down to the river’s end, just a short distance from the river’s mouth to this calm area where I sat for a good bit enjoying the day and listening to the ocean waves crashing on the shoreline behind me. I likely could have recorded some videos here but I really wanted to do the big fish ones in front of the mouth area so I just sat. 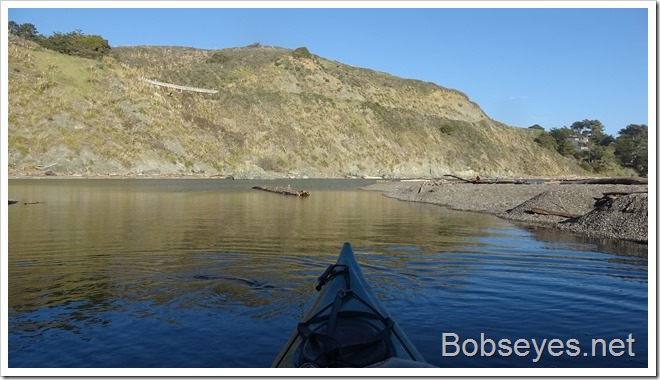 After a good break there, I started back going by the mouth area again. You can see a big wave has splashed up on the rocks showing just how rough the ocean was which was making a lot of noise. 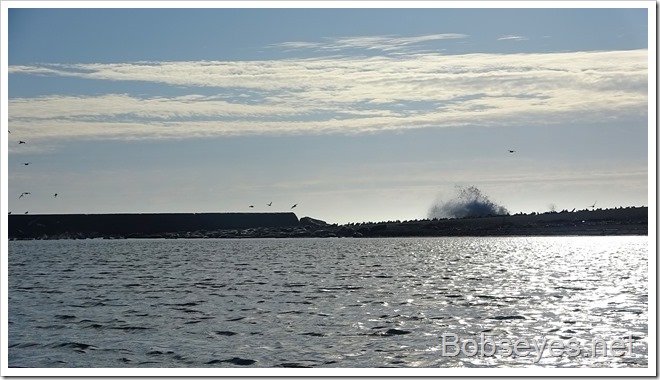 Something spooked most of the birds in the air, not me. 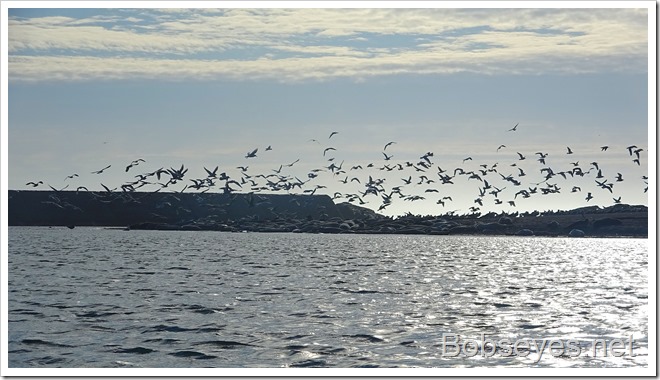 And this was my final view as I left the river’s mouth area and headed on in for the day. 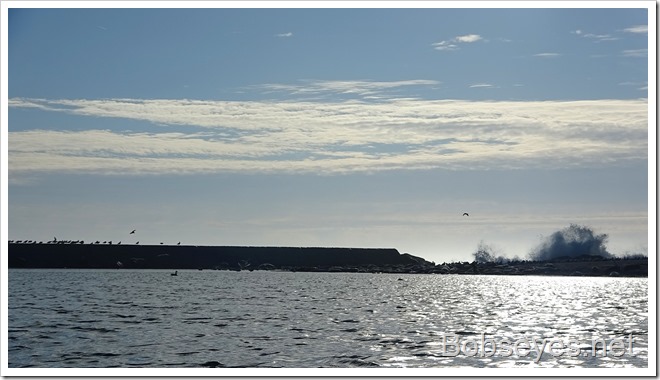 Even though I didn’t make the videos I had intended to make  I did take some video of  my paddle that I will work on getting posted on YouTube later tonight.